The 2nd generation of the Continental GT has been released back in 2011. However, the car’s platform and most of the available technology hasn’t changed since the first generation was released back in 2003. In order to change all that it looks like a new model is already in the works. In fact, the all new 2018 Bentley Continental GT has already been spied testing, and it looks quite impressive. This time around it seems the platform will be all new and the car’s driving characteristics should be vastly improved over its predecessor. There is still no word on the actual size of the car, and unfortunately, the VW-Group decided to stay quiet about it.

Even so, the spy shots of the latest test mule reveal some really interesting quirks about the new Continental GT. For starters, it looks like the car will feature a longer wheelbase than before. However, its actual design is not going to change as much as it was first thought. The track width also seems to be wider on the development prototype, and the car also seemed to be lower.

These changes should make the Continental GT look a lot less like a massive car. Instead, it should get the profile of a high-speed grand tourer which is what Bentley always wanted it to be. The car is likely going to be released at the next Geneva Auto Show, and it should go on sale later down the road. Its price is more than likely going to increase over that of its predecessor, but this has usually been the case with these types of high-performance cars.

While the older model was based on a Volkswagen, the new 2018 Bentley Continental GT is going to share its architecture with the Porsche Panamera. This means the car will be based on Porsche’s MSB modular architecture. This is a rear wheel drive design meant specifically for high-performance vehicles. With it, the new Continental should be far better to drive, and it should lose north of 500 pounds when compared to its predecessor. The running gear will also be vastly improved over what was previously available, and the car should boast more engine options than before too.

It has been confirmed that the 2018 Bentley Continental GT is going to feature a 6.0 liter twin-turbocharged W12 engine. This has been used on the previous models as well. This time around it looks like the engine will be capable of offering north of 600 horsepower and 600 lb-ft of torque. Some suggested it will boast more than 660 lb-ft of torque which would make the Continental GT a truly impressive car.

However, on top of this engine, the car should receive at least two more. It looks like a 4.0 liter twin-turbo V8 offering around 500 horsepower and close to 500 lb-ft of torque could become the base offering. A hybrid is also a real possibility. Most rumors suggest the car is going to use the same hybrid system as in the Porsche Panamera Turbo S E-Hybrid. This is actually capable of churning out 680 horsepower and well over 600 lb-ft of torque.

No matter the engine choice though, the Bentley will likely receive an eight speed dual-clutch automatic. This should drive a standard all wheel drive system which will also benefit from torque vectoring.

The interior of the new 2018 Bentley Continental GT is unfortunately still under wraps. Even so, some parts of the cabin have been revealed at it seems the car is not going to share much with its predecessor. Instead, expect the Continental GT to boast a similar infotainment system to the Panamera. This is obvious because the AC vents are low on the center console, likely in order to make room for the massive screen. The test mule also had nicer materials than before such as real wood, a leather-padded armrest, and aluminum buttons.

The exterior of the car looks to be very similar to its predecessor as well. The rear three-quarters seem to be all new. These are wider, likely in order to be able to accommodate larger wheels. In the front, on the other hand, the Continental GT is remarkably similar to the EXP 10 Speed 6 concept which was released a couple of years back. 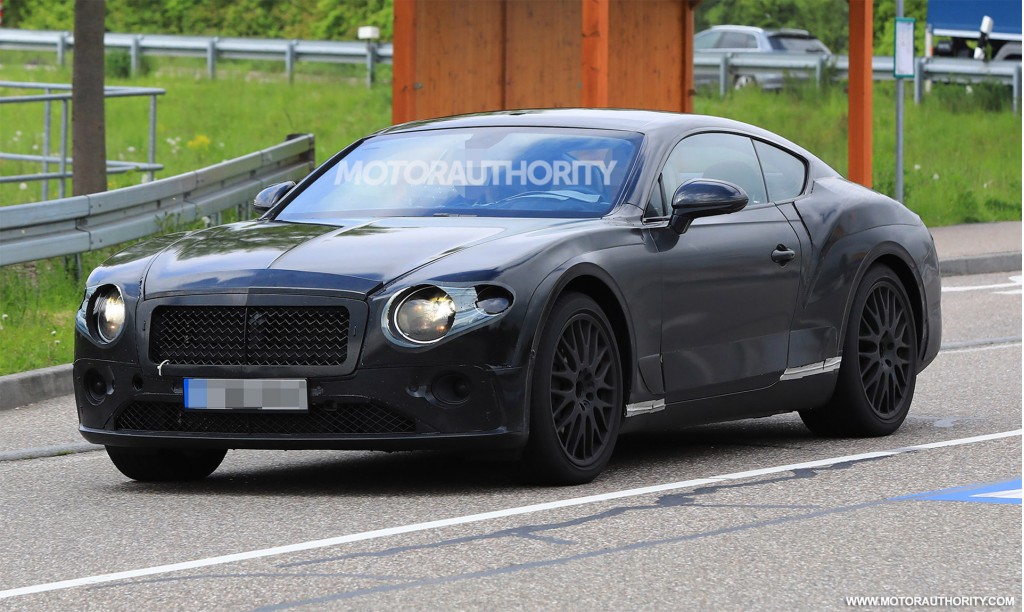 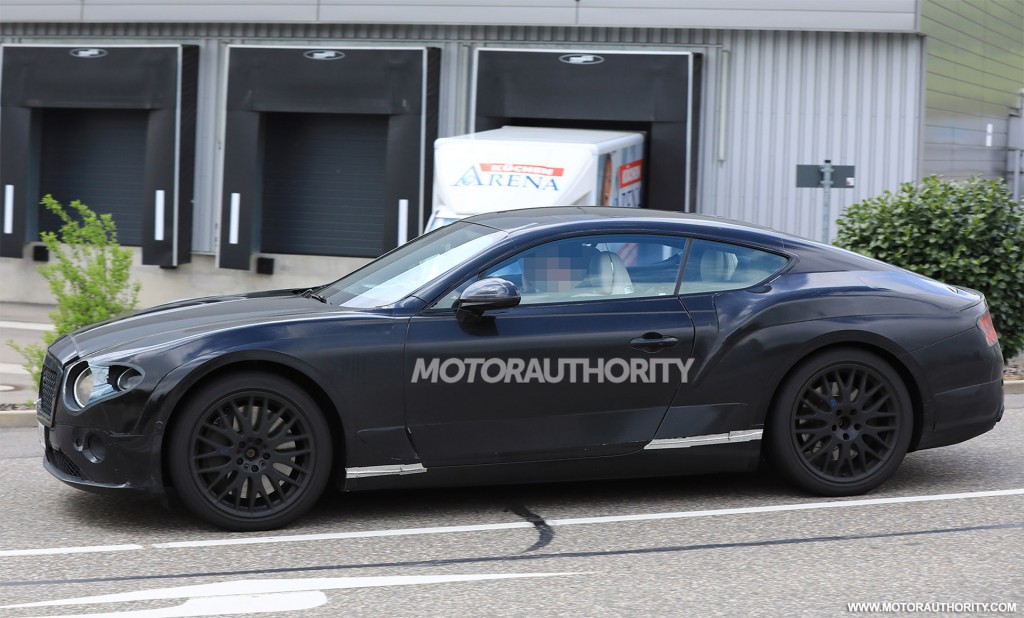 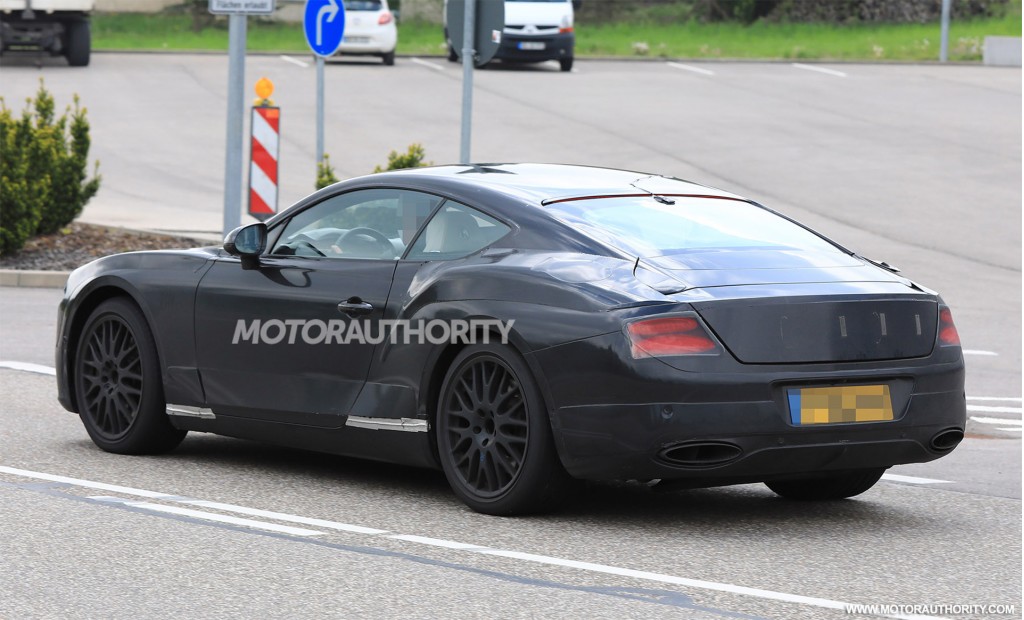 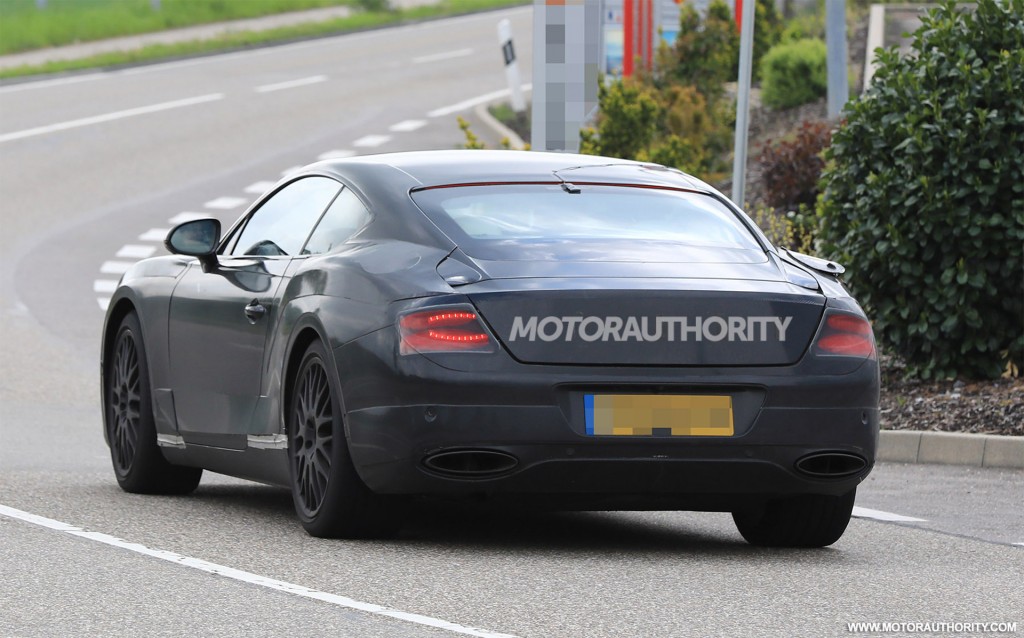 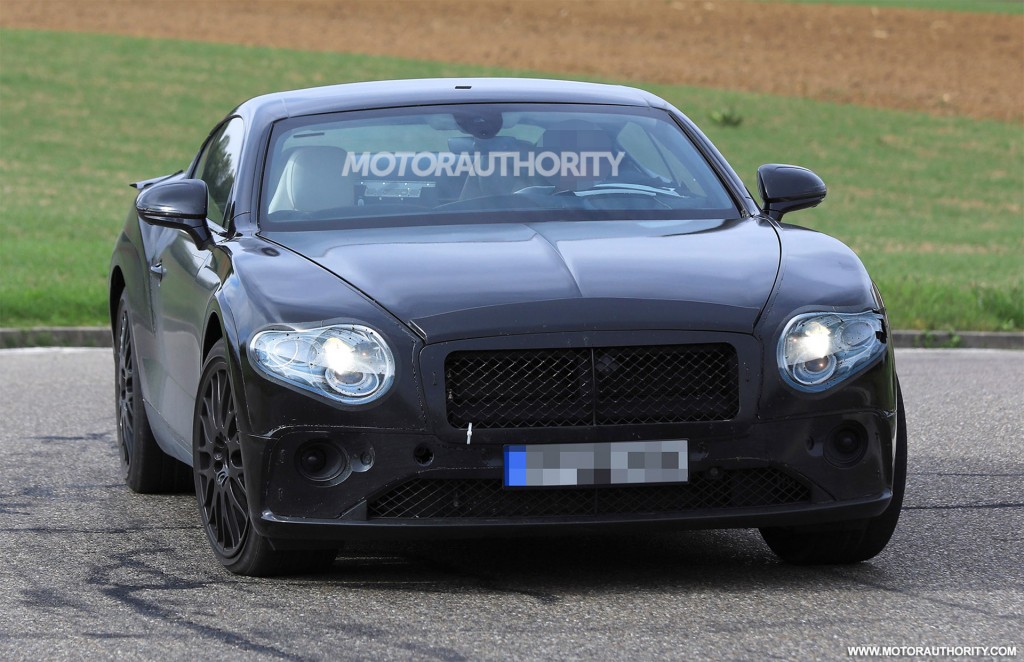 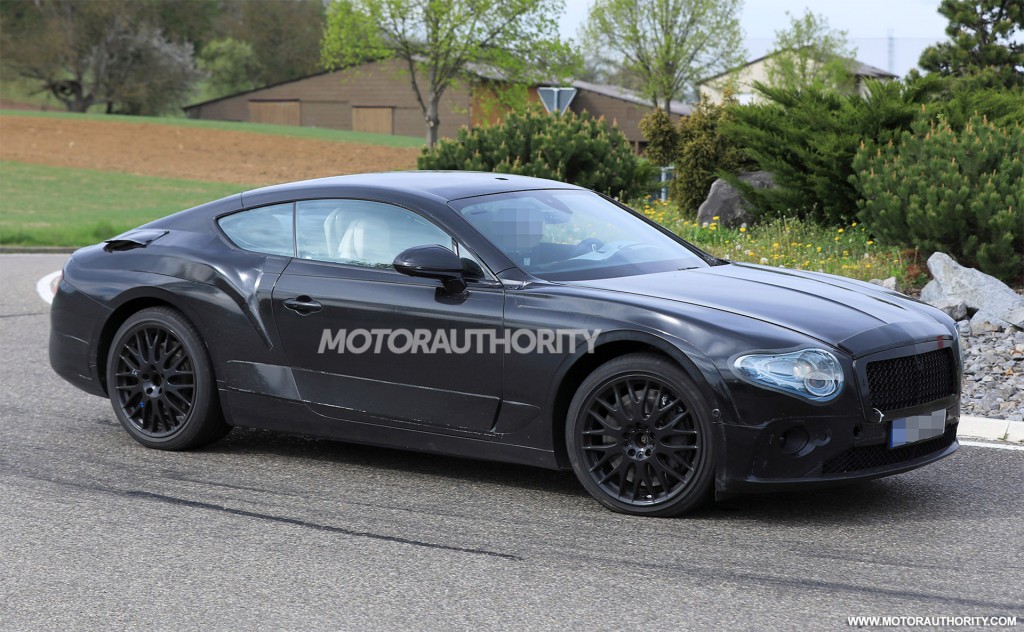 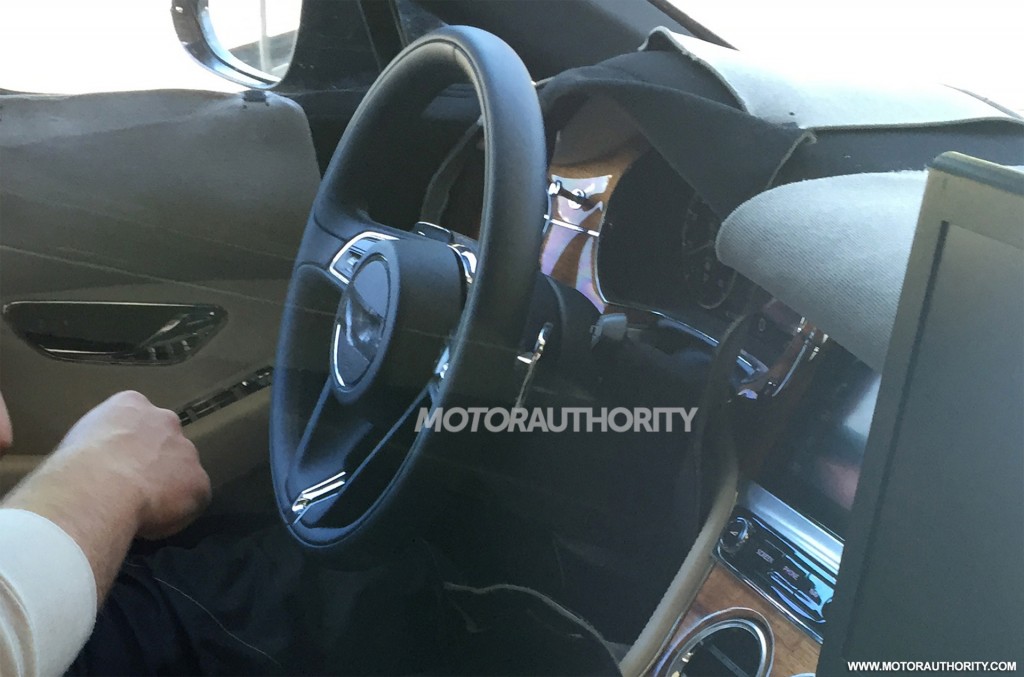 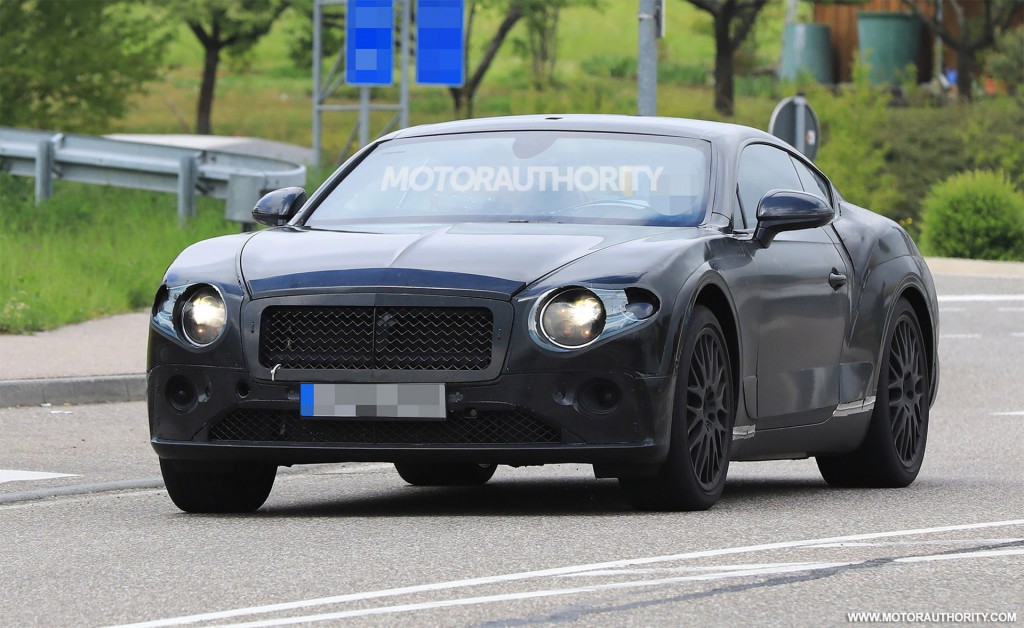 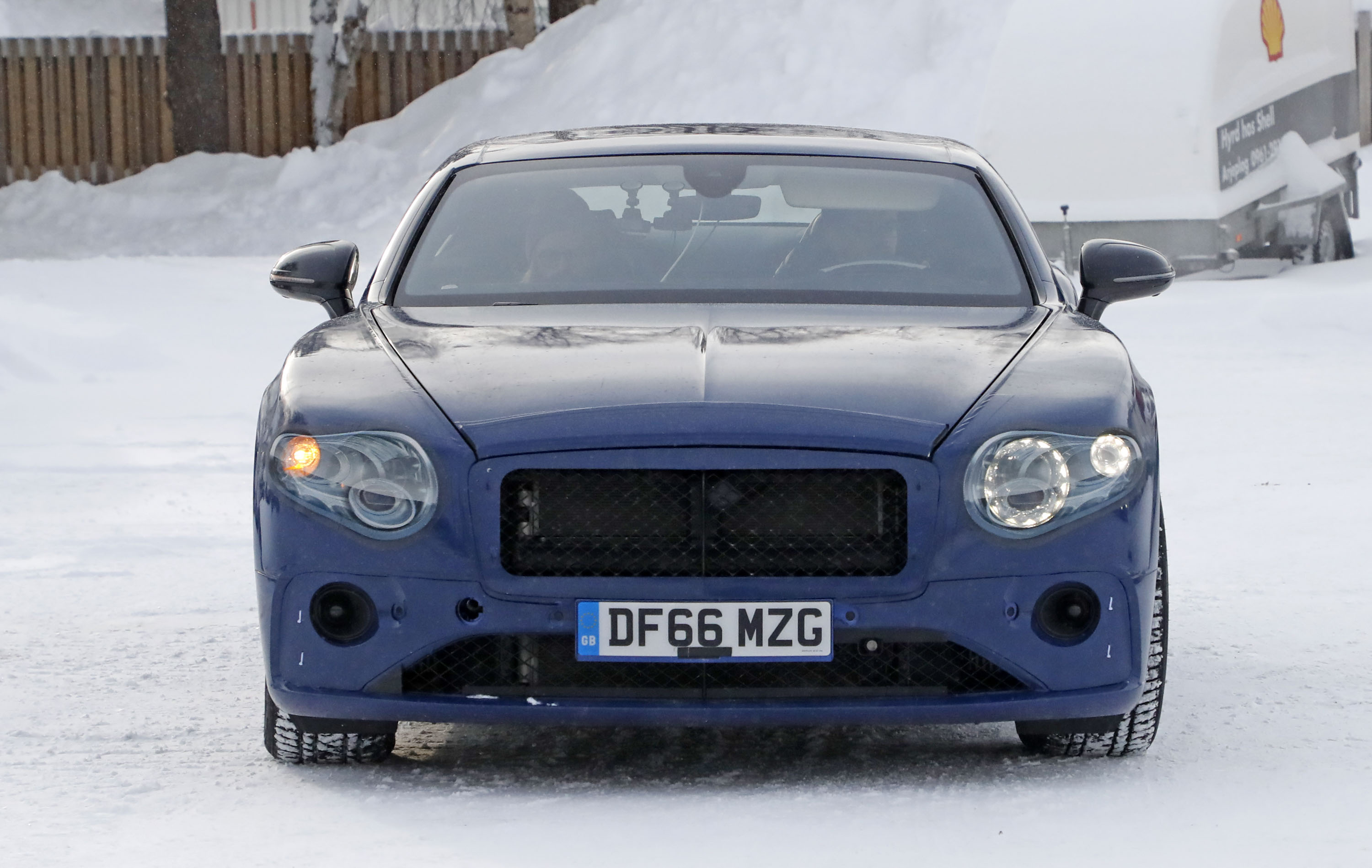 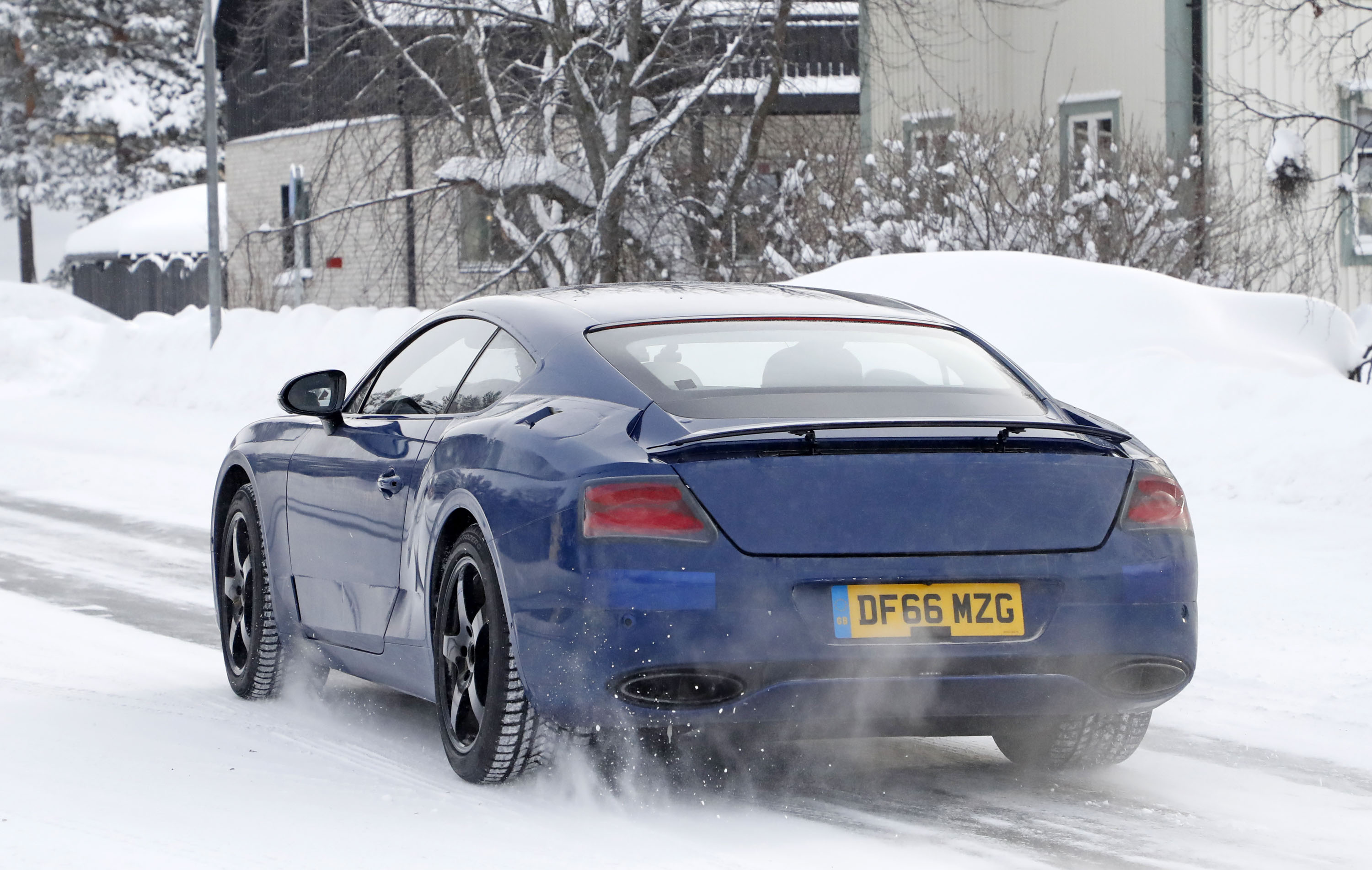 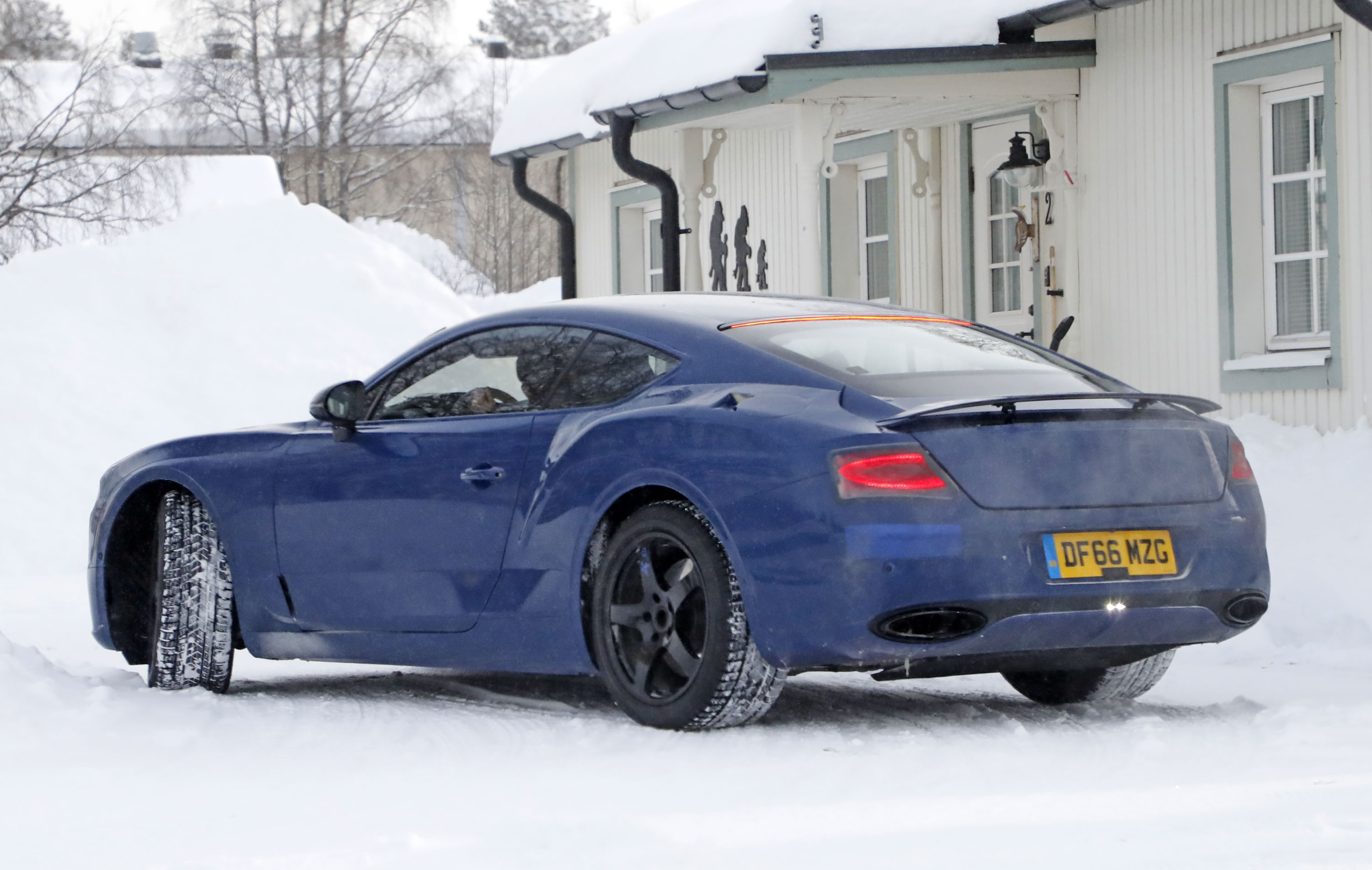 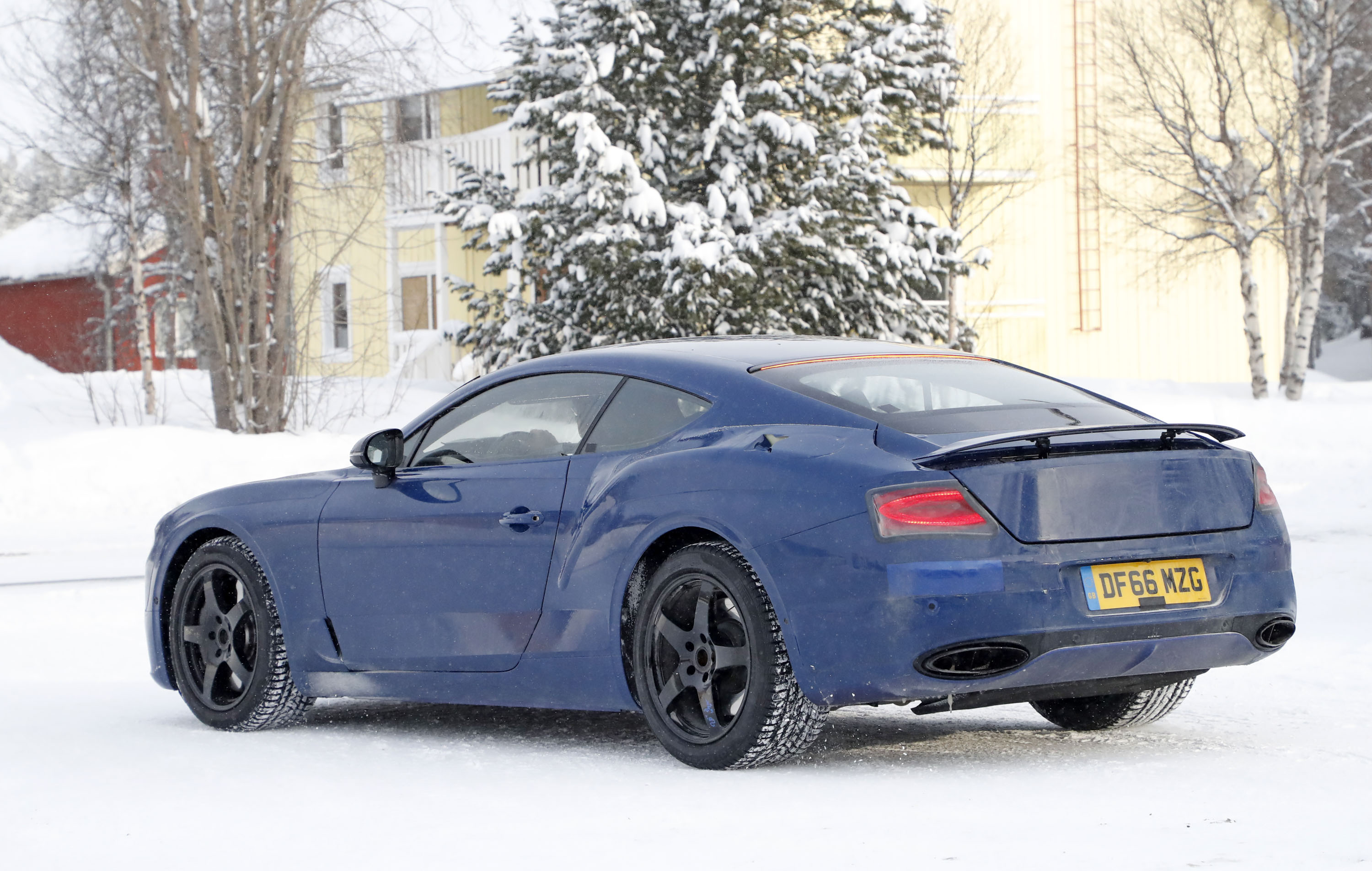 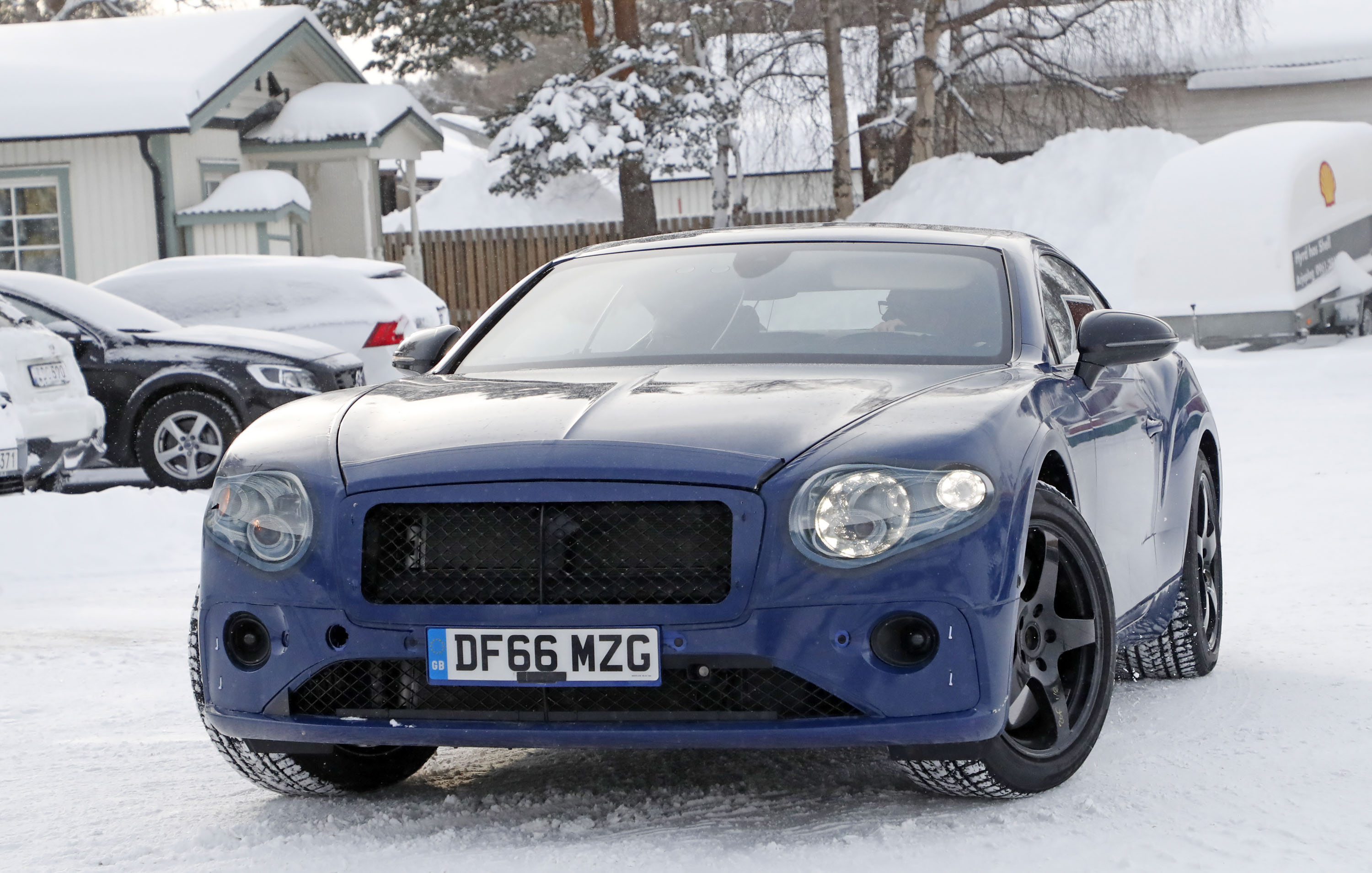 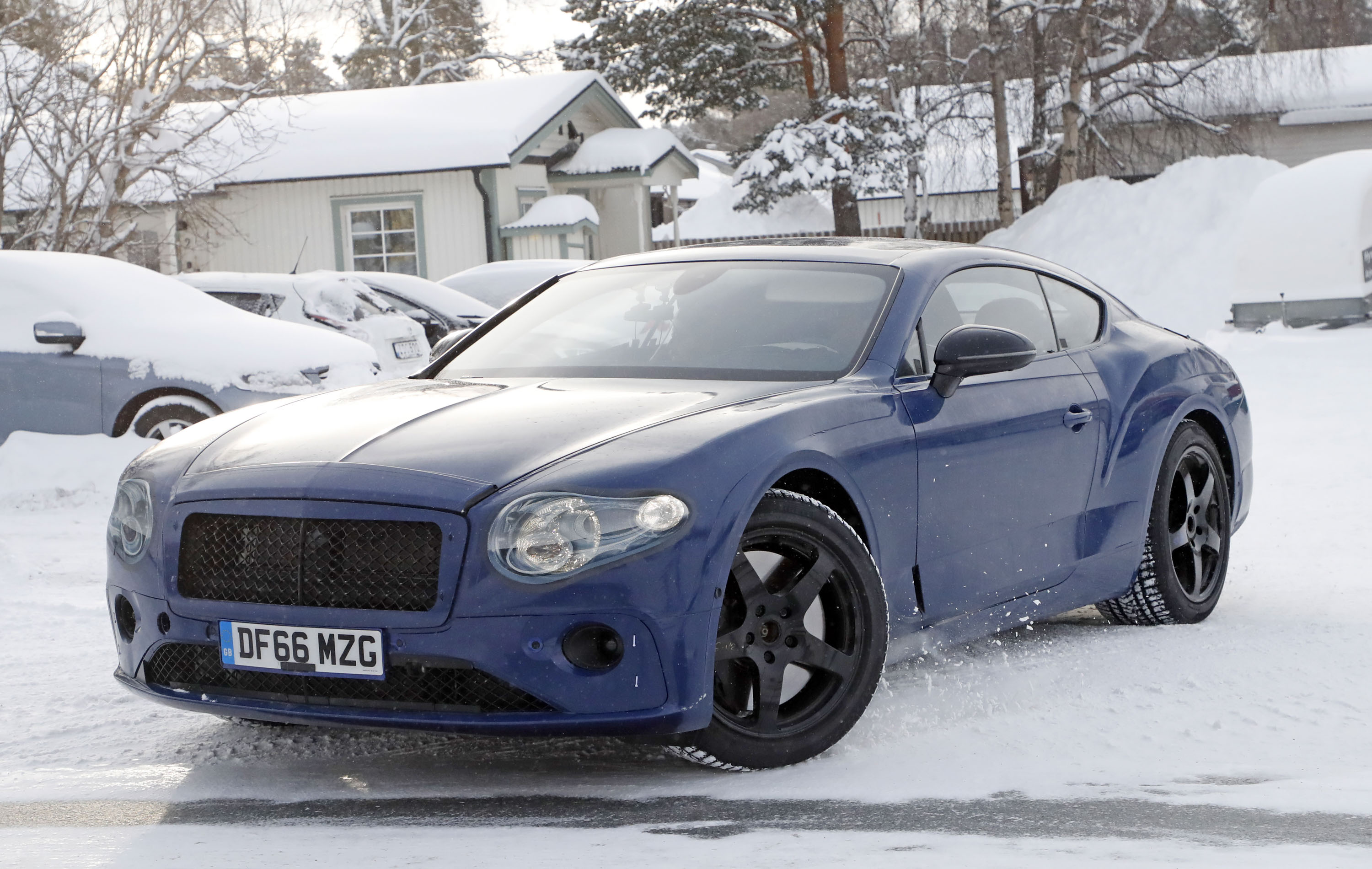