There are currently quite a few high performance sedans such as the Panamera or the upcoming BMW 8 Series. Sadly though, Mercedes doesn’t really have a competitor for them but it looks like this is about to change with the upcoming 2019 Mercedes-AMG GT4. While the details are still scarce, it looks like this will be the four-door version of the AMG GT.

This already sounds quite interesting, so let’s take a closer look at it. For starters, even though they haven’t officially confirmed the car, we managed to see the camouflaged test mule quite a few times now. This was definitely not a CLS as it had a rather long hood and it was considerably lower and wider than the other sedan.

As this will be a bespoke model, it is safe to assume the GT4 will boast a unique platform as well. If the rumors are true then the car should feature a rear wheel drive front-mid engine architecture, similar to that of the coupe. However, from the spy shots we can also see the wheelbase is longer and the car is slightly taller too. Even so, it still has the general proportions of a true high performance car which is not really the case with their other four-door vehicles. The platform is likely an aluminum intensive structure with some carbon fiber inserts, so it should be both light and relatively strong for its weight.

The last time we saw the development mule for the 2019 Mercedes-AMG GT4 was only a couple of months back. This looked pretty much ready to go, so it is safe to assume the production version is not that far off. Its price is likely going to be quite a bit higher than that of the CLS. Most seem to suggest a start point north of $100,000 with some of the range-topping model breaching $200,000. This would make the GT4 one of Mercedes’ most expensive vehicles to date.

This is a rather interesting point of the discussion. It looks like the upcoming 2019 Mercedes-AMG GT4 is going to have quite a bit more in common with the GT than some thought. As Mercedes already has a four-door coupe, the GT4 will have to stand out. In the front the car will feature the same grille as the coupe with the chromed vertical slats and the massive Mercedes badge. The rear of the car on the other hand, with the exception of the slightly taller roof-line, looks identical to that of the coupe. On the sides we can see the usual Mercedes design lines but this is where the similarities between it and their other vehicles end.

Considering how close the exterior will be to the GT, we wouldn’t be surprised if inside the cabin, the new GT4 will be nearly identical to the coupe too. At least the dashboard should offer roughly the same layout with the four-AC vents down the middle and the cockpit-like feel the coupe has. We do expect different seats though. Not only will the GT4 have to seat at least 4 people, but it will also have to do it in comfort, so we can expect a similar set of seats to those found on the CLS. The big difference here will be the fact the passengers will sit quite a bit lower in the car.

The base version of the 2019 Mercedes-AMG GT4 is more than likely going to feature a 4.0 liter twin-turbo V8. This engine should deliver right around 456 horsepower and 443 lb-ft of torque which is right in line with its future competitors. A higher end version of the same engine delivering around 600 horsepower and over 550 lb-ft of torque should also be available. Both of these will likely send all of the power to the rear wheels via a dual-clutch automatic gearbox. Thanks to it, the car should get a similar level of performance to the current Panamera. The range-topping version of the GT4 will likely use the new hybrid powertrain Mercedes released a while back. This should deliver over 800 horsepower which will make it the most powerful sedan currently on sale. Unlike the rest, this one will likely feature all wheel drive. 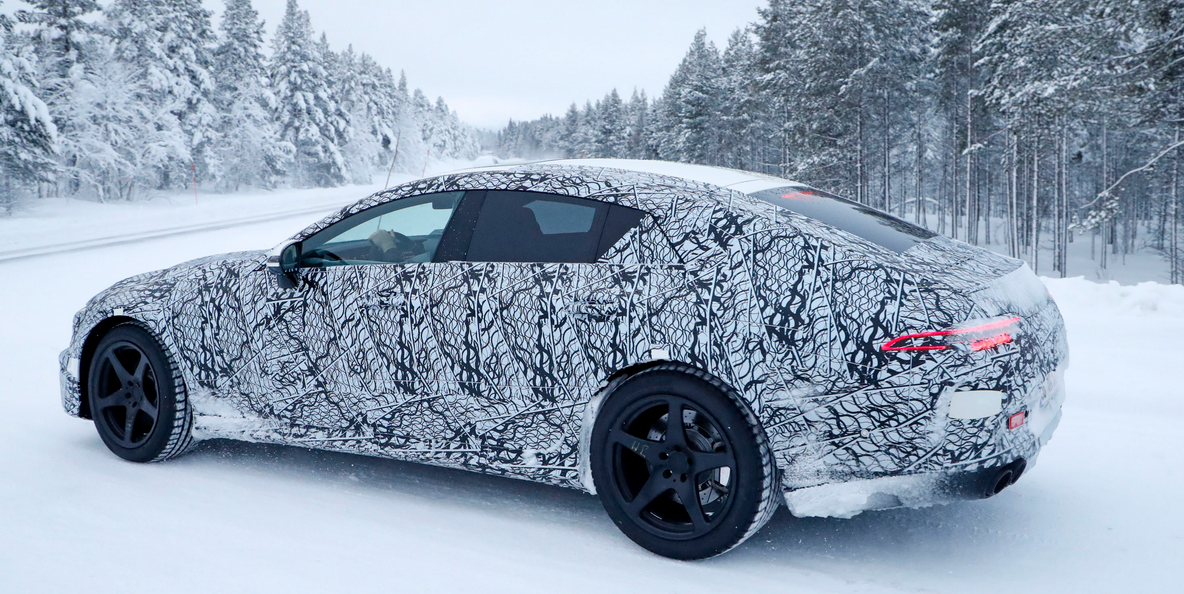 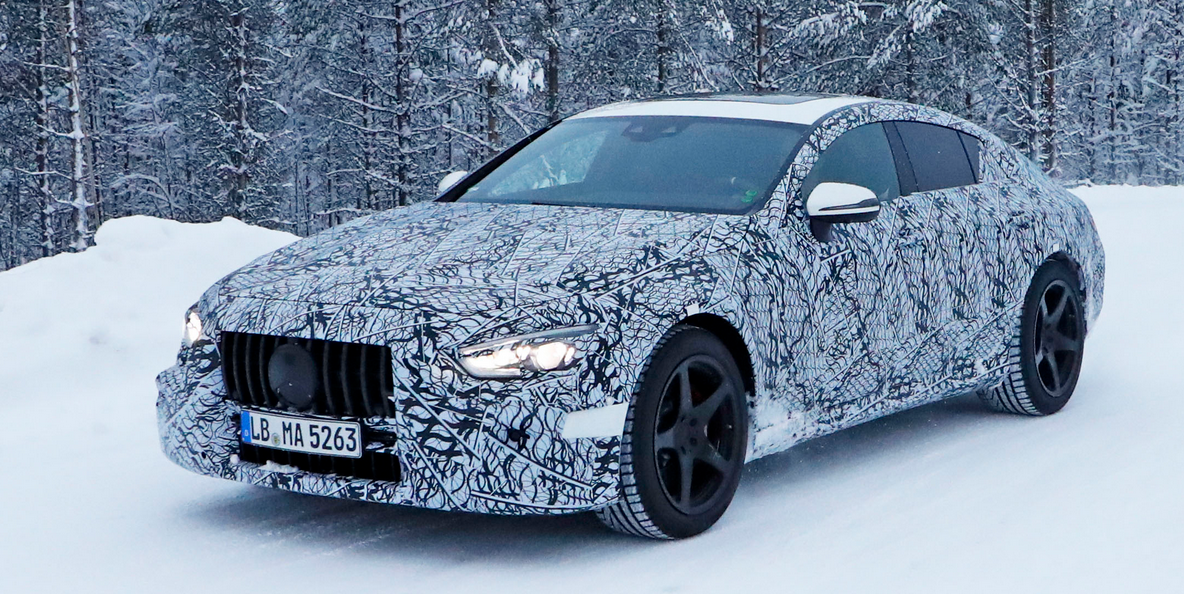 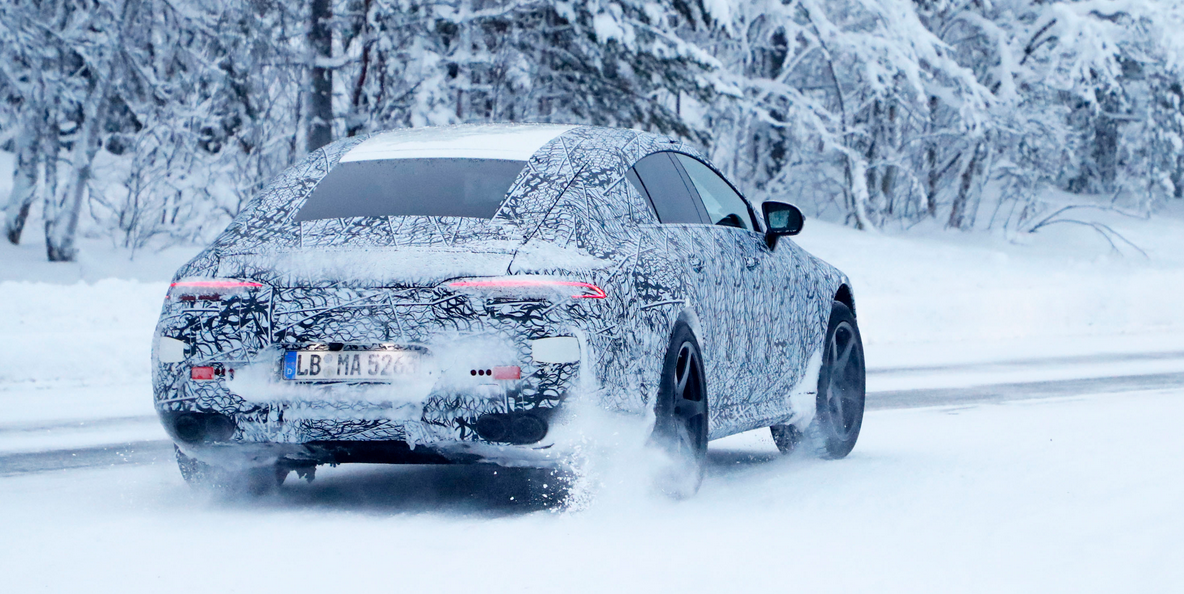 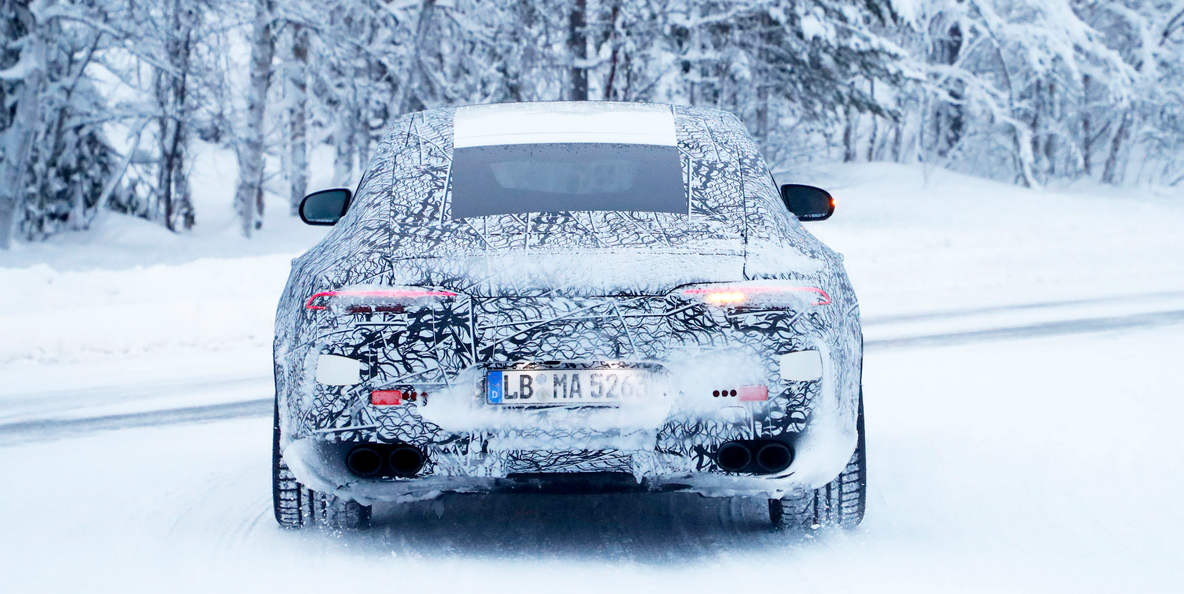 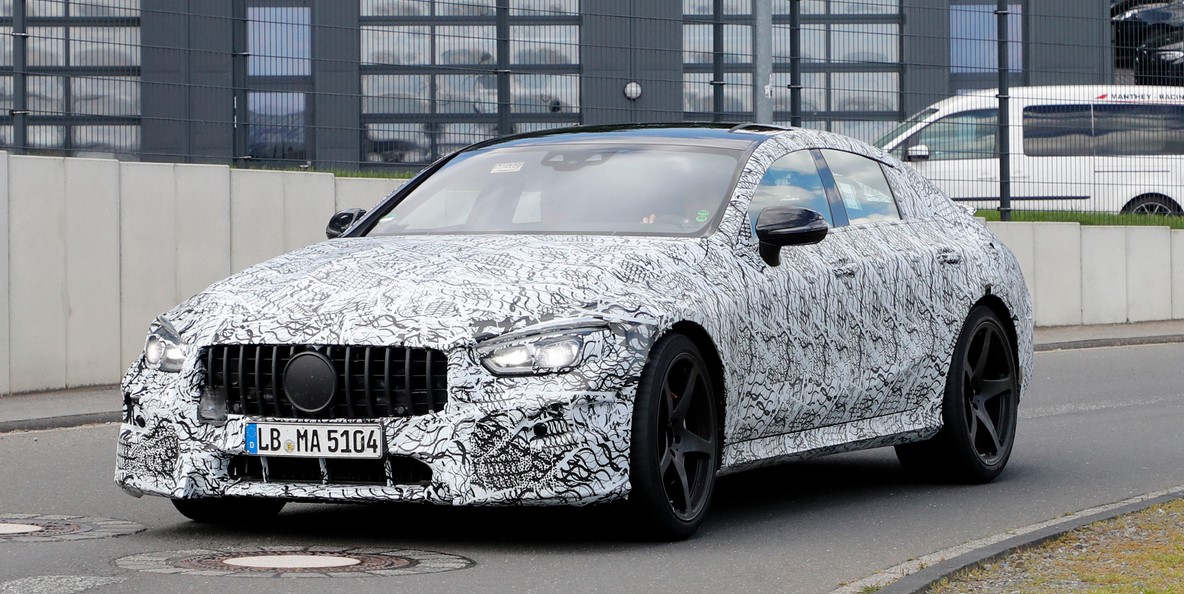 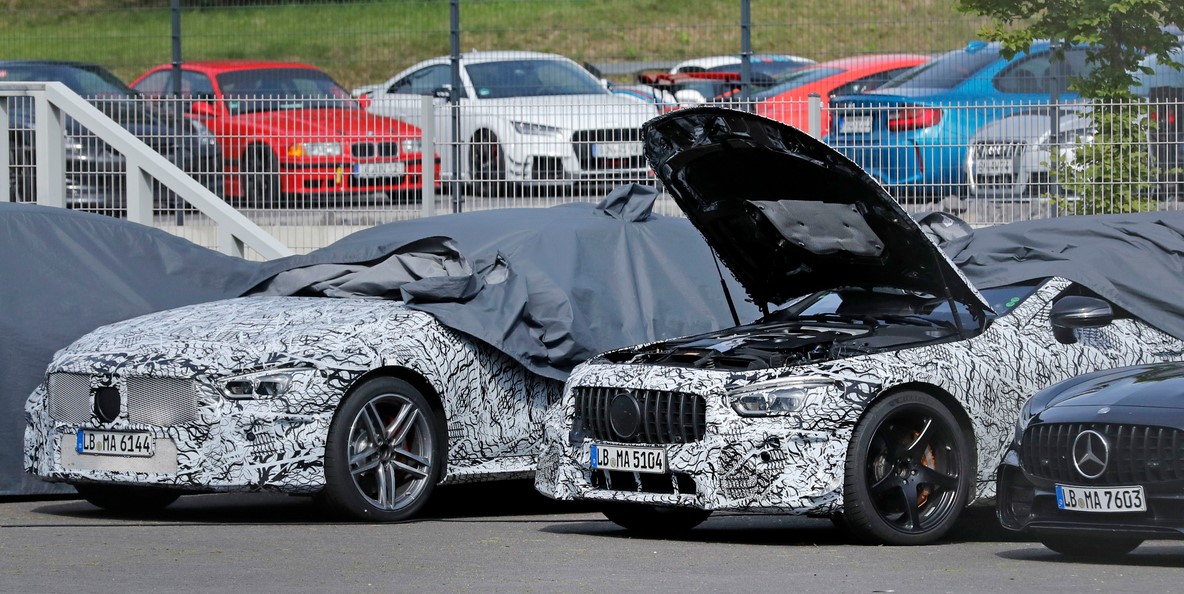 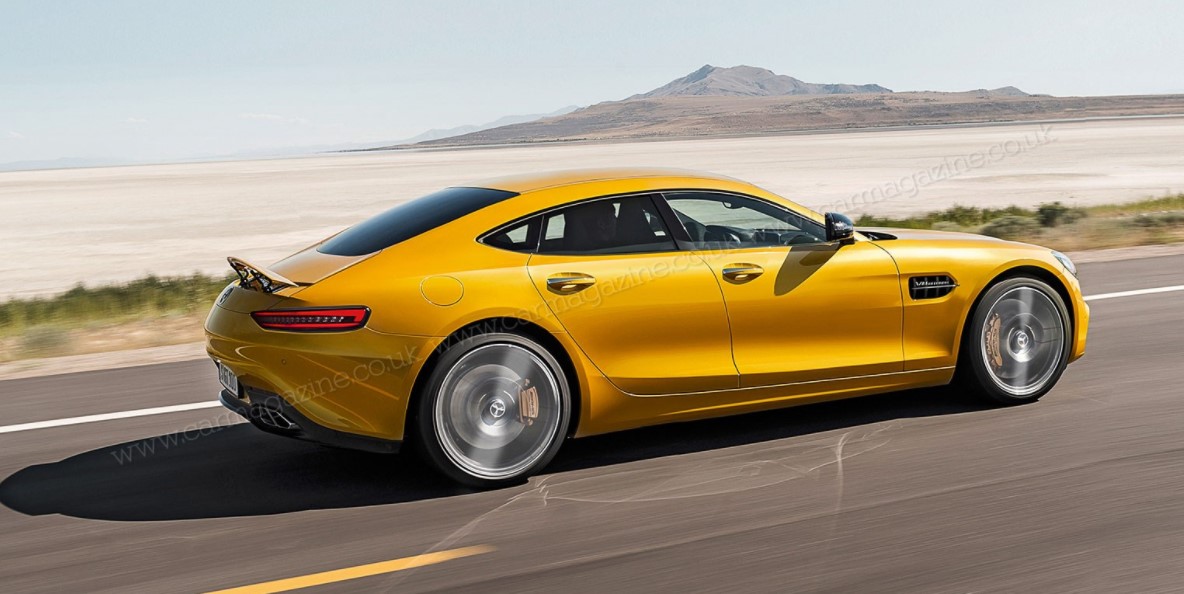 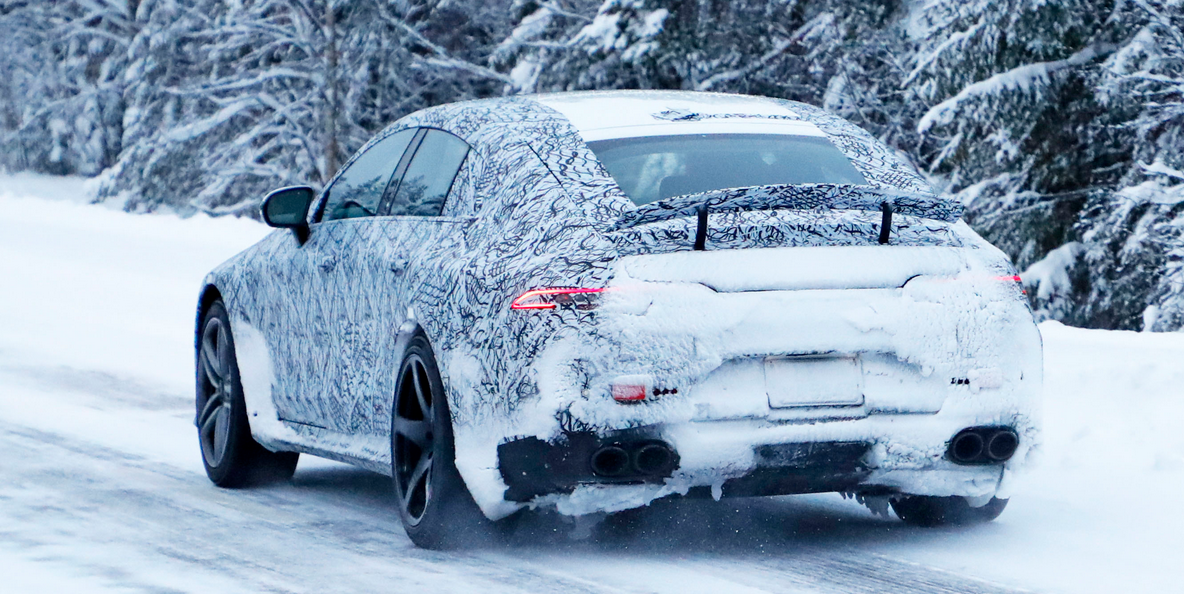