Toyota released the second generation of the Fortuner little over 2 years ago and so far the car managed to become one of the better selling SUVs in Australia and a few other markets. Just like before, the car is basically the SUV version of the Hilux. This means it is using a body-on-frame construction and it is as rugged as it gets. However, many complained the car was too expensive to be competitive. In order to change that, not that long ago the manufacturer released the 2018 Toyota Fortuner.

Even though the changes have been kept to a minimum, Toyota slashed the price with nearly $5,000 on all versions. On top of that, they also added quite a bit more kit into the mix. The end result is a far better value for money than ever before.

The new GX base model now starts at little over $45,000 which is quite impressive all things considered. As an added bonus, for this particular model Toyota is now offering color coded bumpers, 17 inch alloy wheels instead of steelies as well as rear parking sensors alongside a higher quality camera. On the interior there is a new steering wheel as well as an added 12V socket. For an extra of $2,500 Toyota will also offer the premium interior package. This will include things like leather upholstery, a touch-screen infotainment system as well as a leather wrapped steering wheel.

What can we expect from the mid-range?

The new $47,500 mid-range GXL is still cheaper than what the previous base model used to cost. This now includes a GPS navigation system as well as Toyota’s all new Link infotainment system. These features alone allow the new Fortuner to be a far more comprehensive offering than it used to.

The new range-topping 2018 Toyota Fortuner comes with a few upgrades as well. Even though the price is still considerably lower than before, it now adds a surround sound system with 11 speakers, eight-way adjustable front seats as well as LED headlights. Unfortunately though, unlike its predecessor, the new range-topping Fortuner is only available with an automatic which may turn some people off.

In Australia, the only available engine with the Fortuner is a 2.8 liter turbocharged inline-four diesel which boasts 130 kW and 450Nm of torque. This is a rather impressive amount of power for its size. This can be had with either a 6 speed manual or with an automatic. No matter which one the buyer will get, the Fortuner will come with either rear or all wheel drive and it will be able to tow at least 2,800 kilograms. 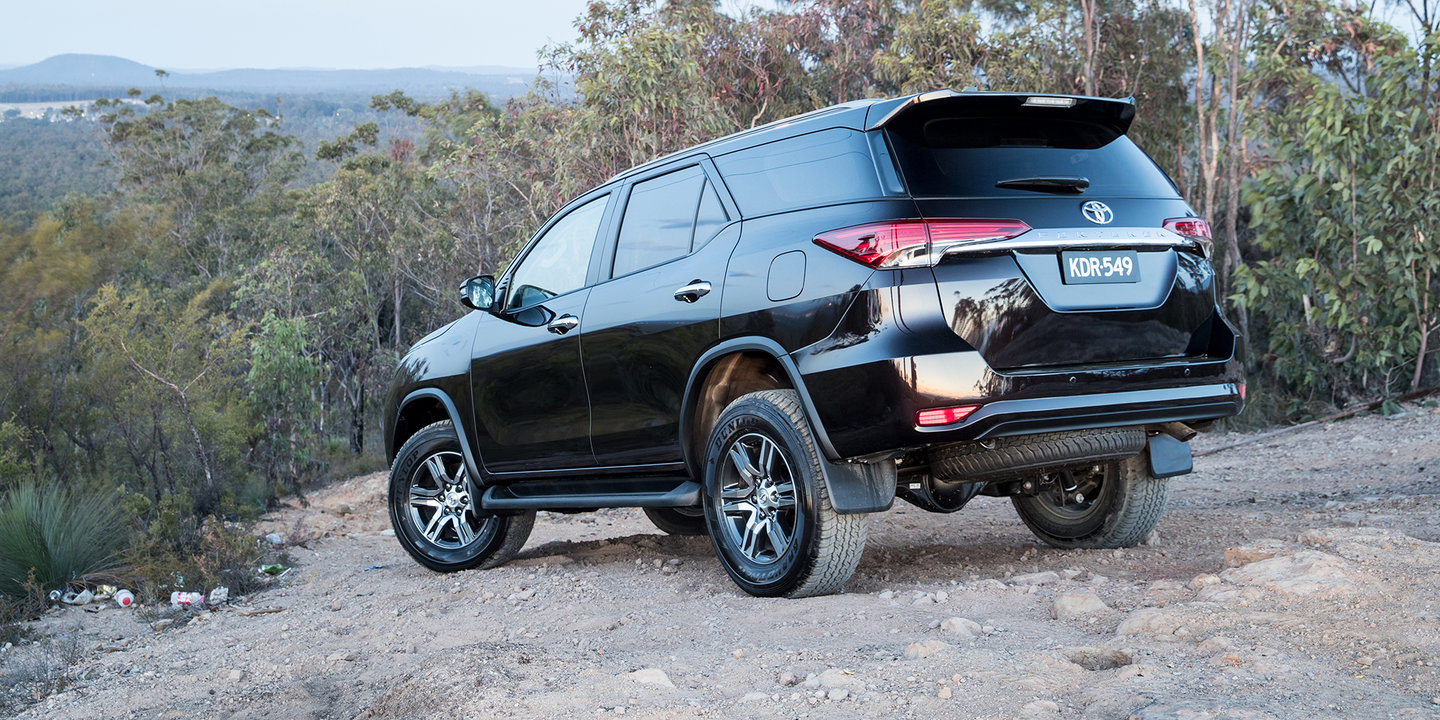 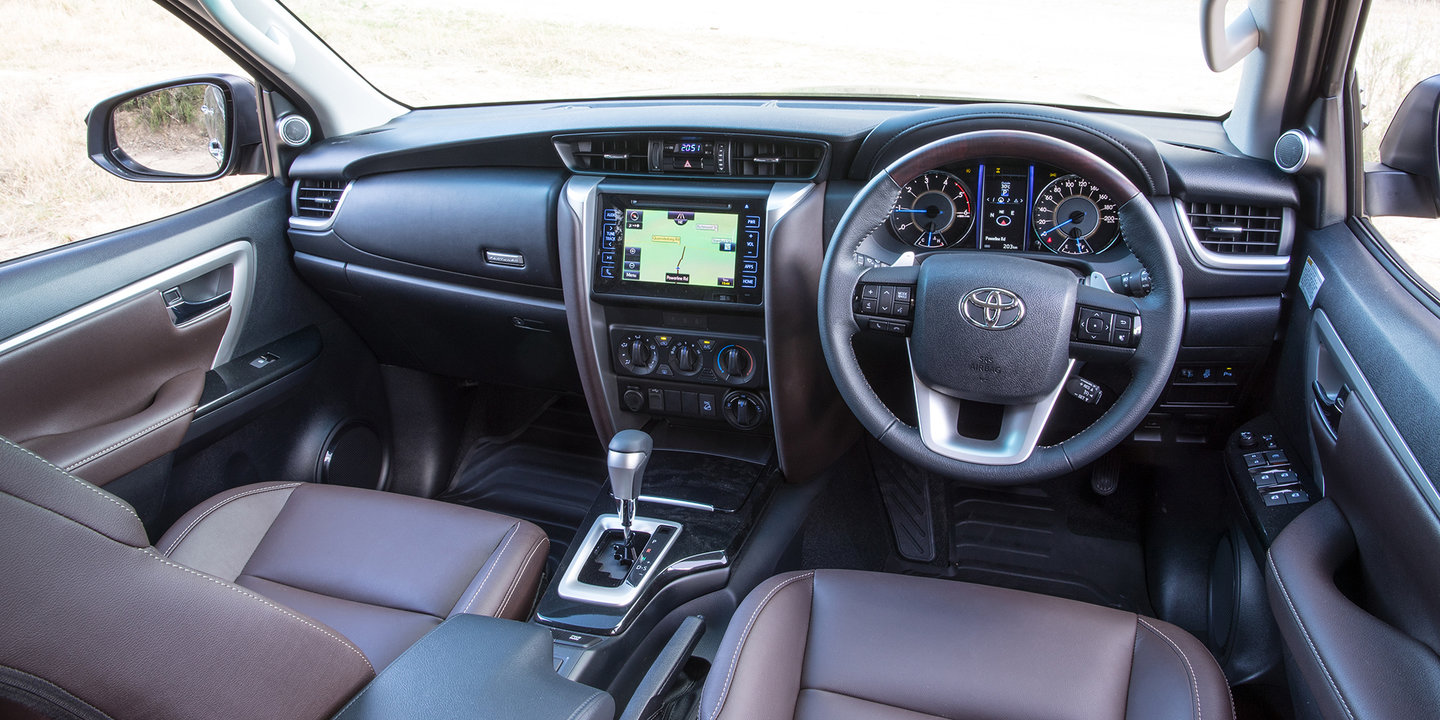 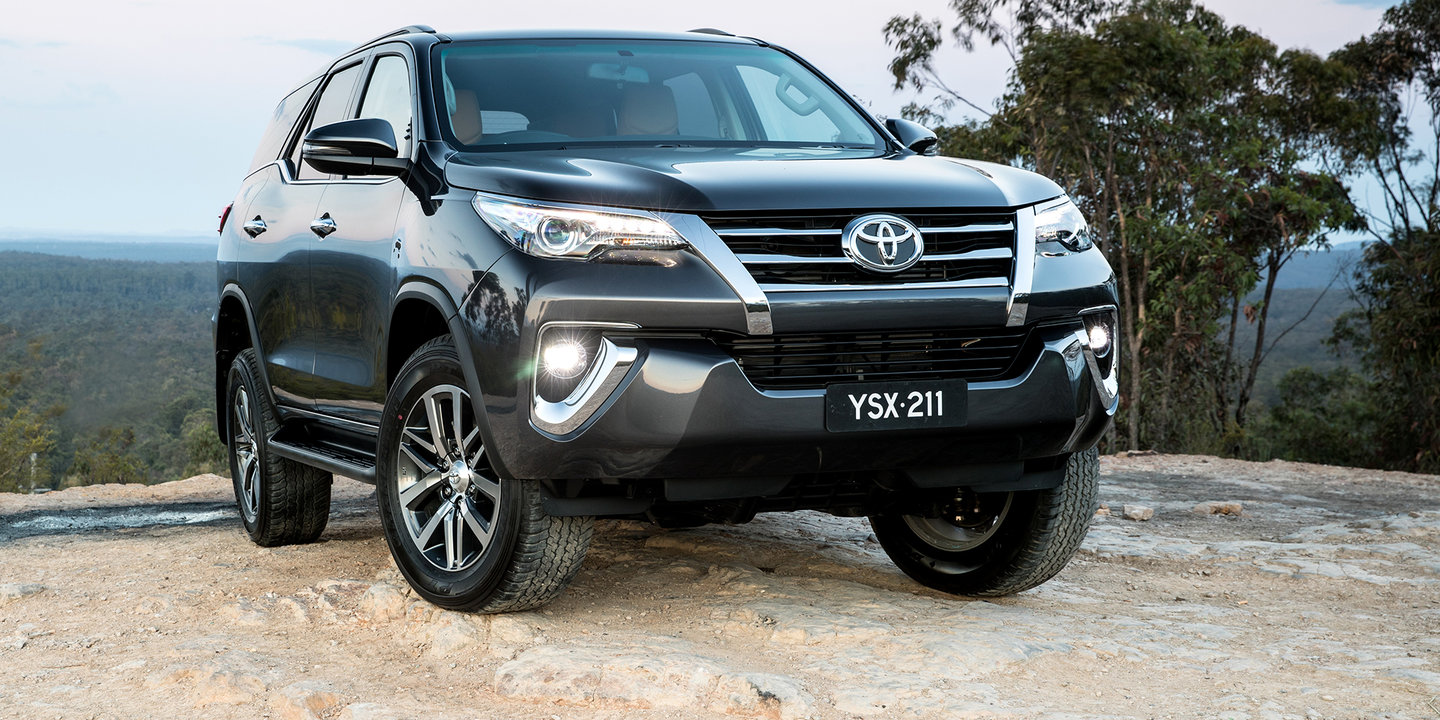 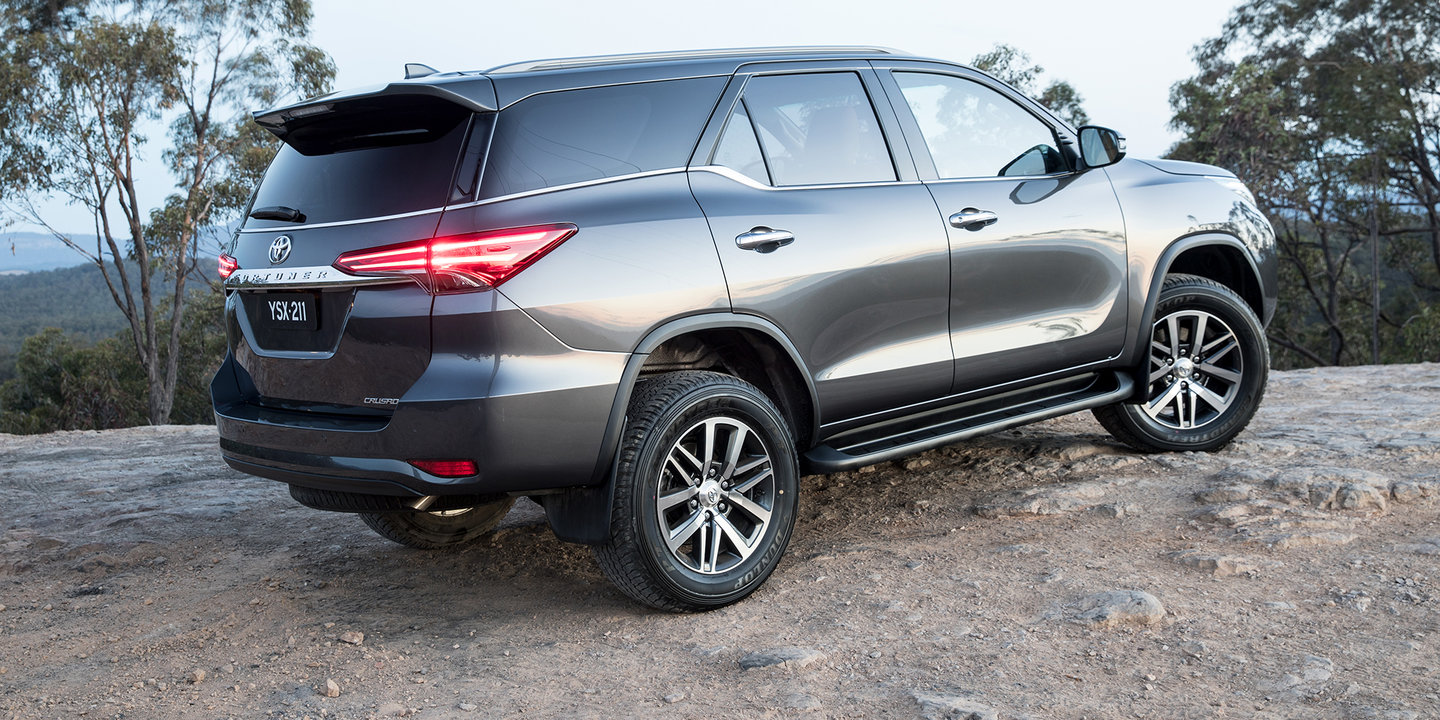 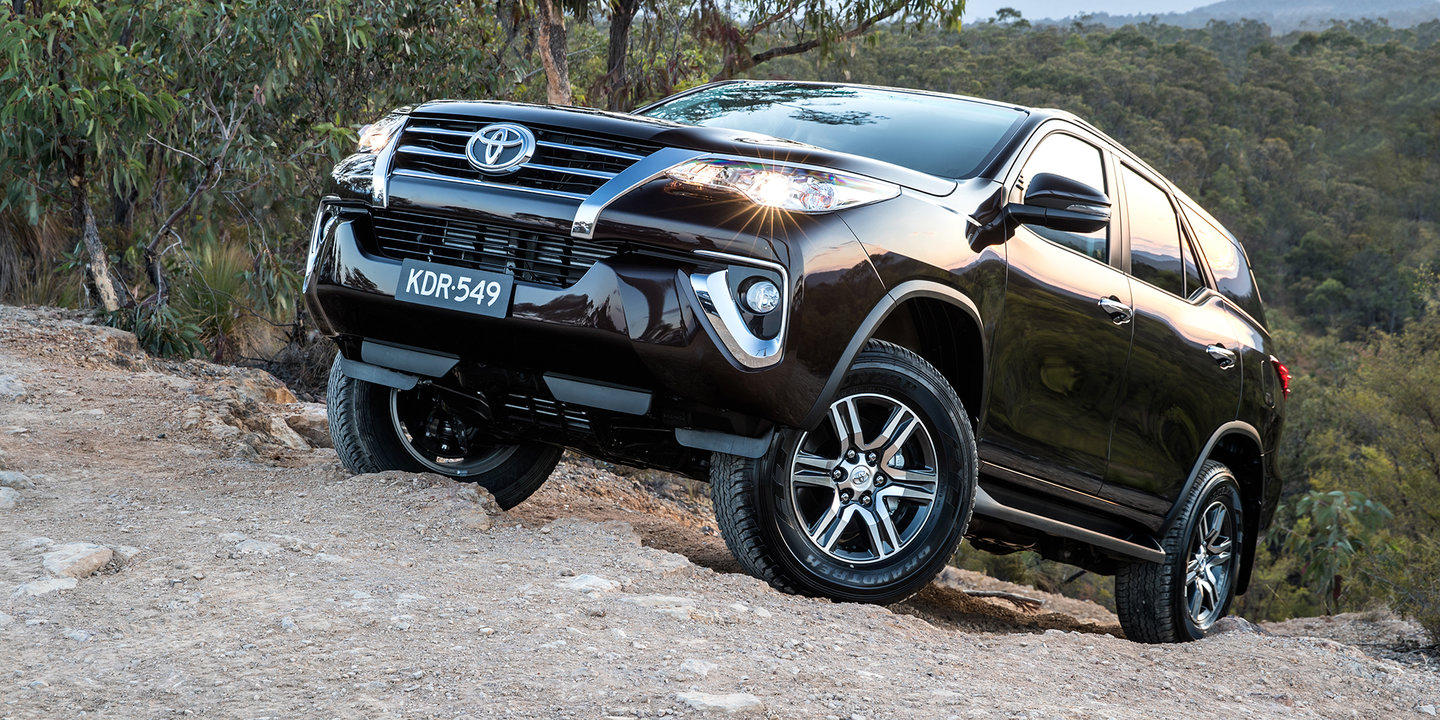 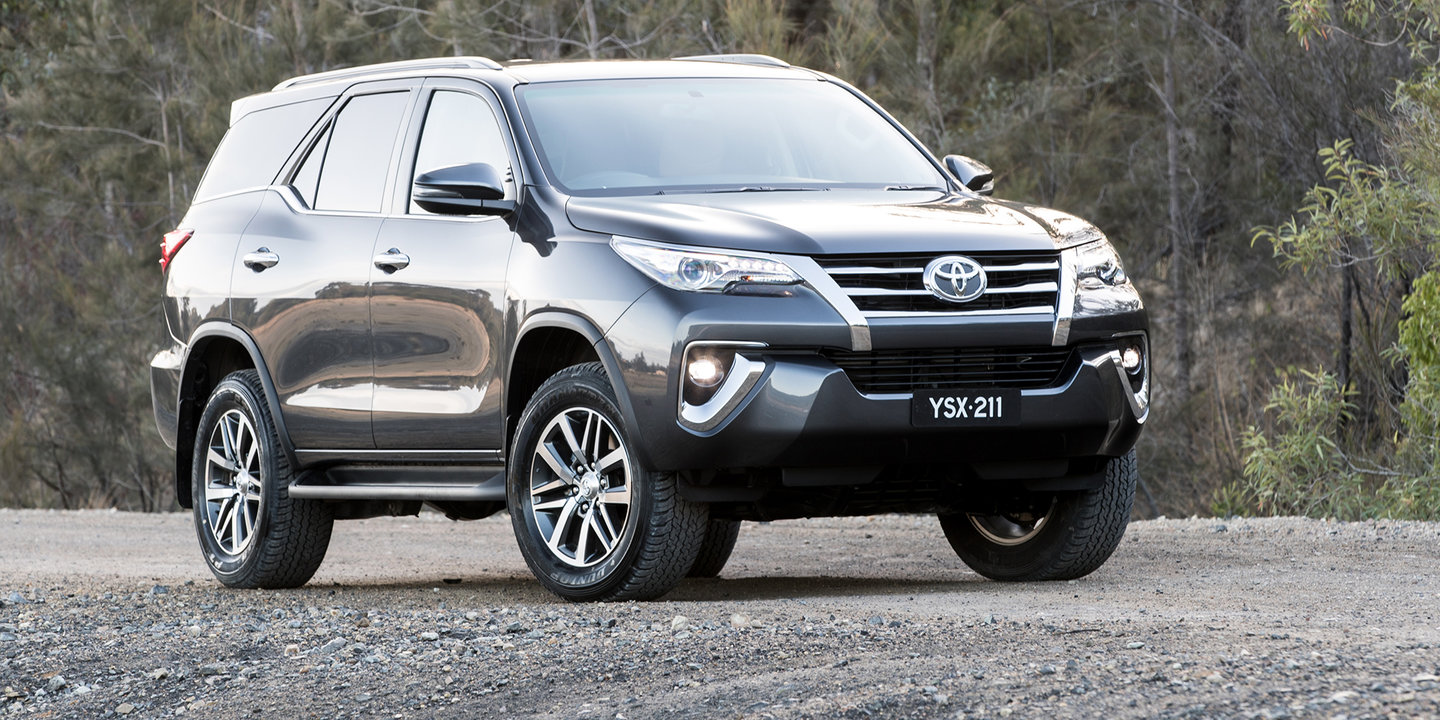 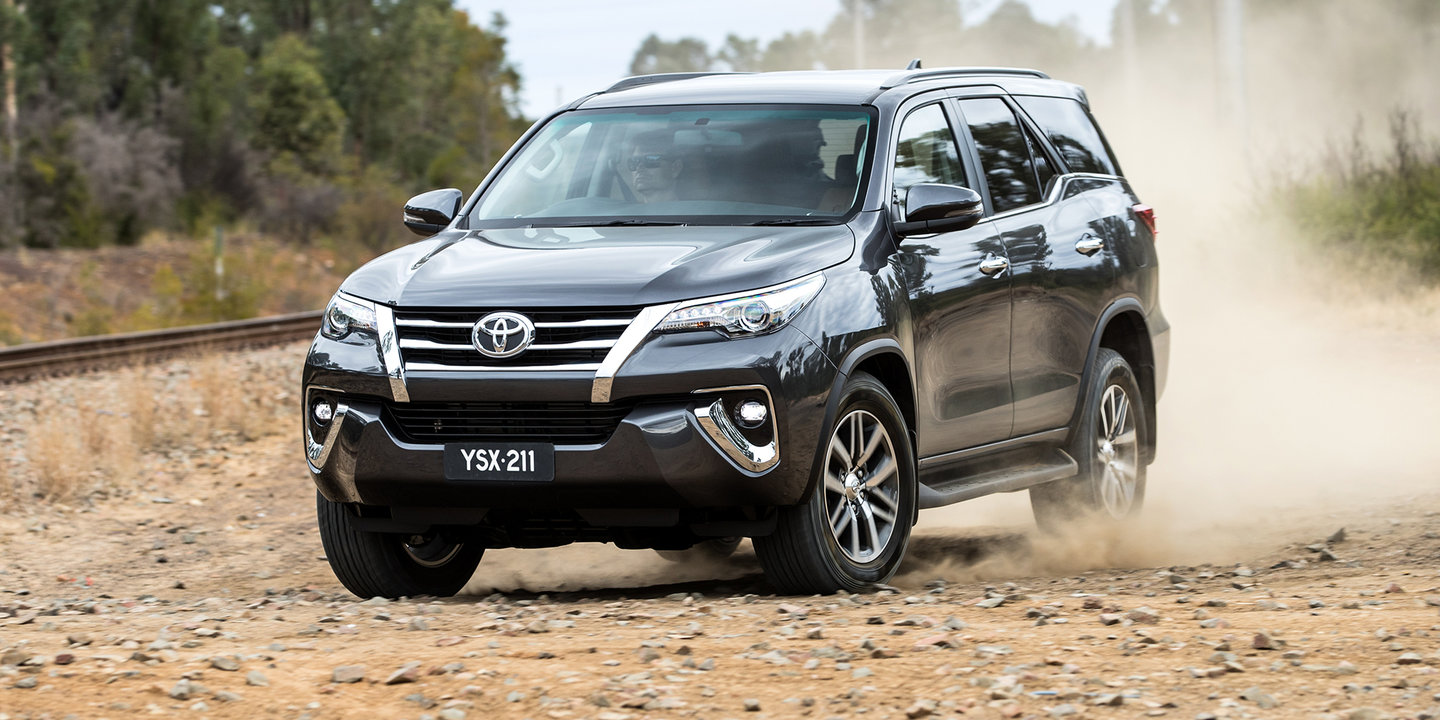 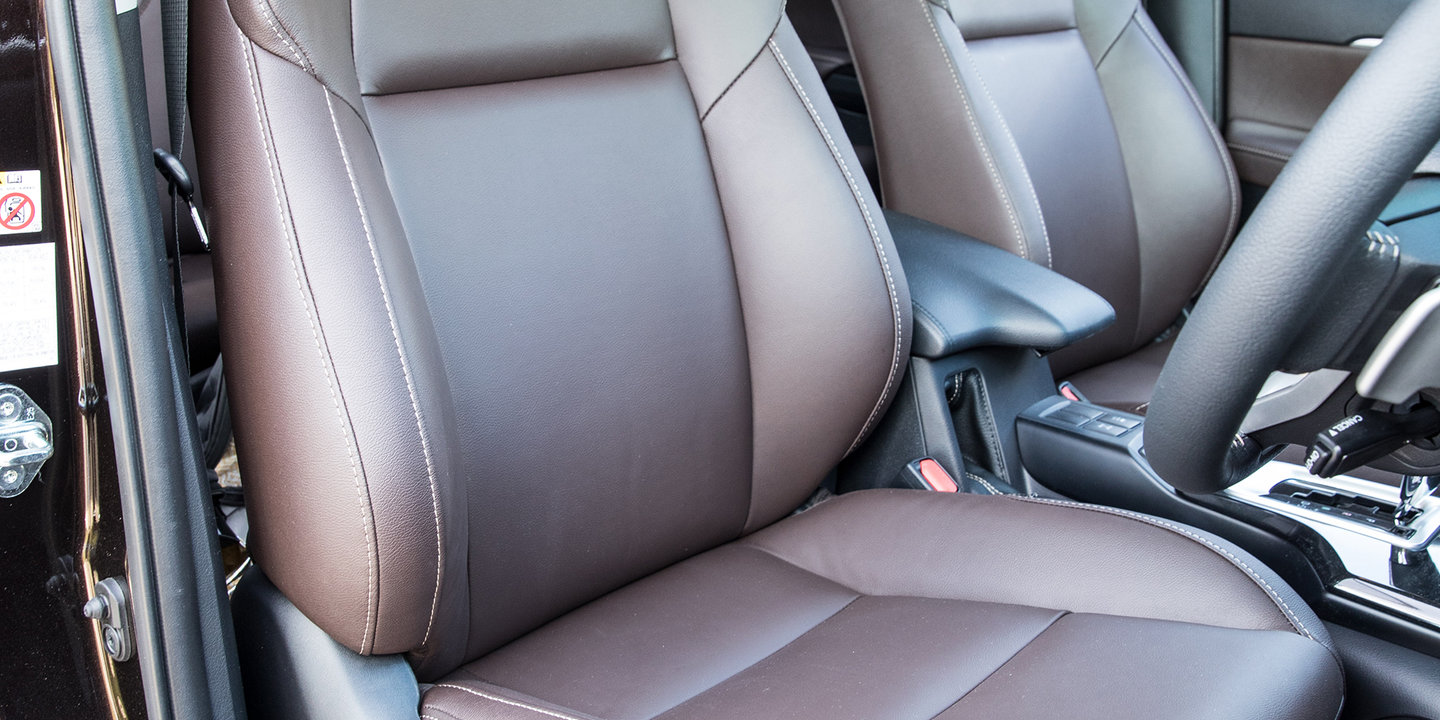 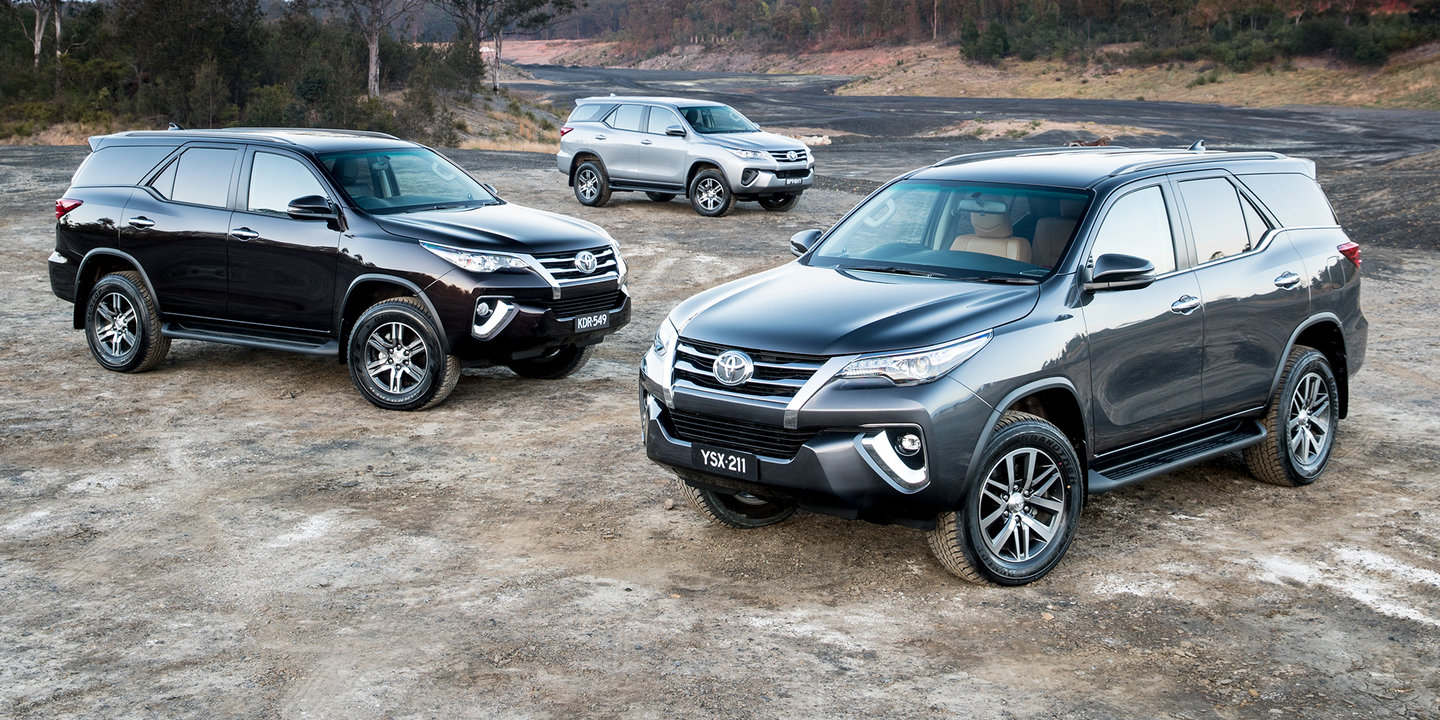 Toyota Fortuner, also known as Toyota Hilux SW4 or just Toyota SW4, is a mid-size SUV, hugely popular in Thailand, the Philippines, and India. The Japanese automaker offers it neither in Europe nor in North America. It is based on the IMV platform developed by Toyota and the original model was produced in Thailand. The second generation was introduced last year in July and 2018 Toyota Fortuner is going to be part of this generation. The new generation has brought many innovations and we’ll just quickly reflect on some of them.

The second generation was released in July 2015 in Thailand and Australia while in Indonesia it came out six months later. Toyota wanted to distinct Fortuner from Hilux since these two uses “Keen Look” design and had almost the same interior. They also used the same transmission, engines, and chassis. 2016 model came in three trim levels: G, VRZ, and SRZ. The last two were introduced instead of TRD Sportivo and have some additional features. We can’t expect that 2018 model will bring anything revolutionary, but it surely deserves our attention. Although there is still a lot of time until its release some speculations have already appeared.

Current model comes with five different powertrains and we assume some of them will be used under the hood of the 2018 Toyota Fortuner. Since there are no indications new engines will be developed for this model, we put our focus only on present engines. The base engine should be a 2.4-liter inline-4 diesel. As almost all other units this one also comes with either six-speed manual or six-speed automatic transmission system. It delivers 149 horsepower and either 253 or 300 lb-ft of torque (it depends on the transmission). Although this is the base unit it should meet everyone’s demands. In addition, the 2.4l has the best fuel economy in the lineup.

One more diesel unit should be part of the lineup. A 2.8l inline-4 has similar characteristics as the base engine, but it is slightly more powerful. The total output of the 2.8-liter is 177 horsepower and 310 lb-ft of torque (330 with an automatic gearbox). Finally, a 4.0l fuel-injected six-cylinder completes the offer. With 278 horsepower and 277 lb-ft, it stands above others. It comes with Dual VVT-i and should be placed under the hood of higher trims. We don’t want to make any estimation about acceleration and top speed but they shouldn’t be much different than the present model.

Several minor modifications are expected but, as we have already said, nothing extreme. The small horizontal grille is going to be placed on front fascia while large air intake should be in the center of the bonnet. 2018 Toyota Fortuner comes with both fog lights and LED daytime running lights. They are placed on each side of the front bumper. Color palette should be larger than before with several additional colors. In general, exterior won’t be changed. However, headlights might be redesigned.

Interior is even bigger secret than the exterior. Nevertheless, we can tell that cabin will be equipped with top-notch technology. Some of the features are: Follow Me Home function, Rear parking camera, all around the sensor, tilt-and-telescopic steering wheel, etc. Toyota always puts safety under spotlight hence it comes with Vehicle Stability Control, Hill Assist Control, Brake Assist, Active Traction Control, emergency brake signal and additional airbags. It’s also important to mention that new Fortuner will be equipped with Start-Stop Engine Button, like its predecessor.

Toyota Fortuner 2018 is probably going to be released in the last quarter of 2017. However, it is likely that Toyota will present new Fortuner before the end of 2017. The price of the 2018 model will go up to $55,000, but lower trims are going to have a lower price.

Current model comes with five different powertrains and we assume some of them will be used under the hood of the 2018 Toyota Fortuner. Since there are no indications new engines will be developed for this model, we put our focus only on present engines. The base engine should be a 2.4-liter inline-4 diesel. As almost all other units this one also comes with either six-speed manual or six-speed automatic transmission system. It delivers 149 horsepower and either 253 or 300 lb-ft of torque (it depends on the transmission). Although this is the base unit it should meet everyone’s demands. In addition, the 2.4l has the best fuel economy in the lineup.