2019 Hyundai Santa Fe- Learning from youngsters! Santa Fe is an important model for Hyundai. Giving the fact that Azera is counting its last days, and that Genesis has finally separated, mentioned SUV is destined to solely carry a flagship pole for Korean maker in the future. Further more, last year in the US, it had a personal sales record, and although figures are fairly weak in Europe, it is one of the last defenders of mid-size, not premium, SUV segment there. The current generation is on sale from 2012 and successor’s time is slowly approaching, leaving us here to debate about future 2019 Hyundai Santa Fe.

If you pay attention to visual aspects of all three generations of this SUV you might distinguish a pattern. Each new generation is completely and utterly different than previous one. None takes any design treats from the predecessor, and each one is unique. Probably due to some weird Korean mental disgust with sequels, this is far from being isolated case with Hyundai’s usual behavior; so we expect brand new appearance chapter with 2019 Santa Fe model. And we are going to get it. Spy shots clearly reveal that despite test mule was very meticulously covered.

2019 Hyundai Santa Fe -Influence From Below

Design influence for brand’s largest SUV is coming from its tiniest. It appears that Santa Fe is about to steal Kona’s “special light” setup, which was the original rob from Nissan’s Juke. Pushing headlights down the bumper and leaving DRLs all the way up was intriguing so far, whether Kona or Juke, and it would be fun to see it on something so bigger. New large cascade grille is also evident, covered with black honeycomb mesh. We expect that current pretty, but a slightly cartoonish face, became way more serious with everything stated. On the side, mirrors repositioned to the belt line, while from the heavily camouflaged rear we can only distinguish significantly slimmer lights.

Photos of the cabin haven’t emerged yet so that we will resort to guessing. The current approach is dated and brand already switched to different one some time ago. What we see lately are less visually complex cabins, yet more matured, more elegant and more refined ones. We could relatively predict that current sea of swirling lines and layers a top of layers of plastic bits, is going to calm a down a bit. Or more than a bit. The offer of five-seater Sport model and seven-seater one remains, with some rumors even suggesting that later one could revive Veracruz moniker. We also don’t know precisely whether current politics of visual differences between them is set to carry over.

You could rarely hear us saying that, as we mostly give an advantage to linear power delivery and its instant response over better mpg figures. In this case, we would wish feistier turbo as a replacement for currently base naturally aspirated 2.4-liter L4 delivering 184 hp. We have nothing against non-turbo 3.3-liter V-6 boosting 290 hp, and 2.0-liter turbo L4 rated at 240 hp; although we wouldn’t mind if those hp figures experience some rise. Current 6-speed automatic could make space for newly developed 8-speed one, and we might see the introduction of hybrid version also. FWD will naturally remain as a regular way of movement, while AWD will come as optional, as it always was.

Expect debut of 2019 Hyundai Santa Fe during next year. As for price? It could be tricky. Current starting price tag of $26,000 for base Sport model is rather cheap compared to pretty much all rivals and introduction of the more potent engine could easily overwrite it. Which is then left to be seen. 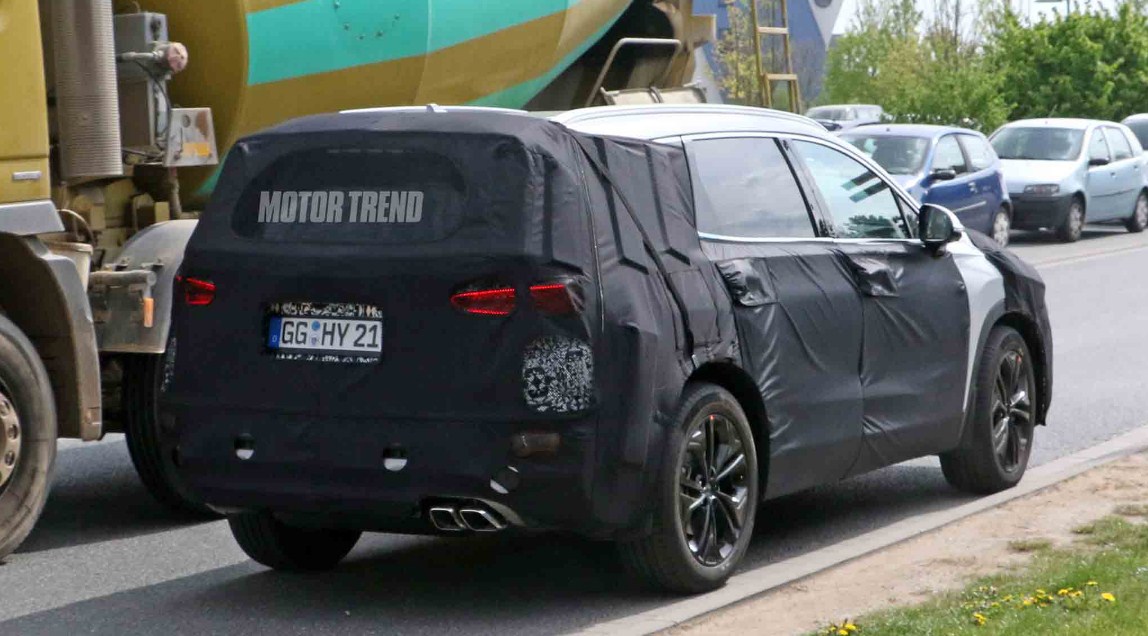 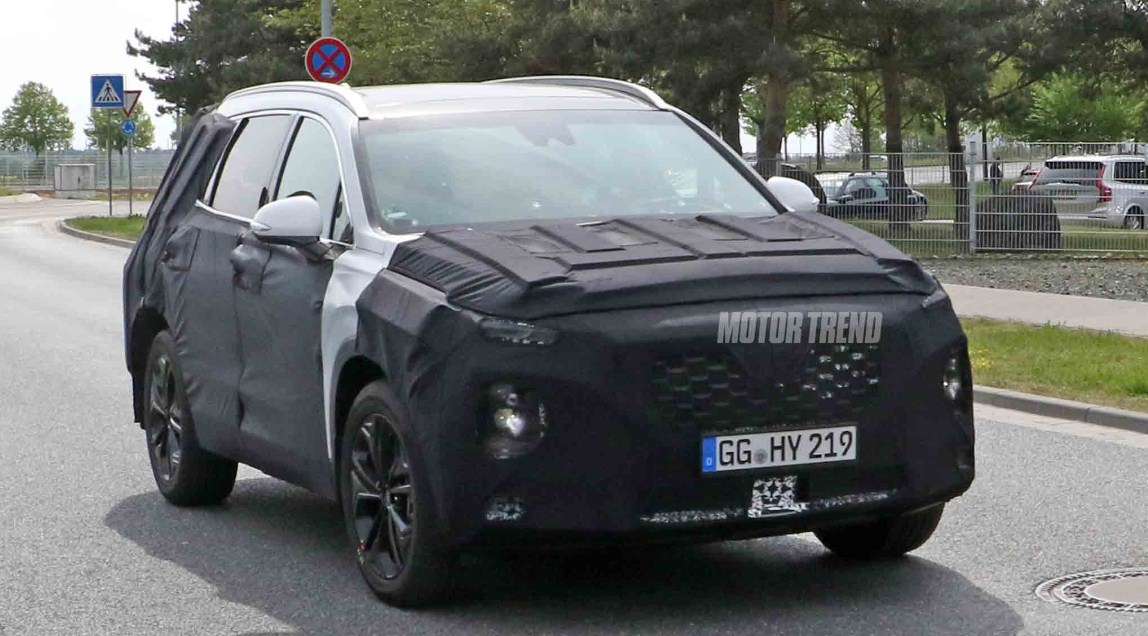 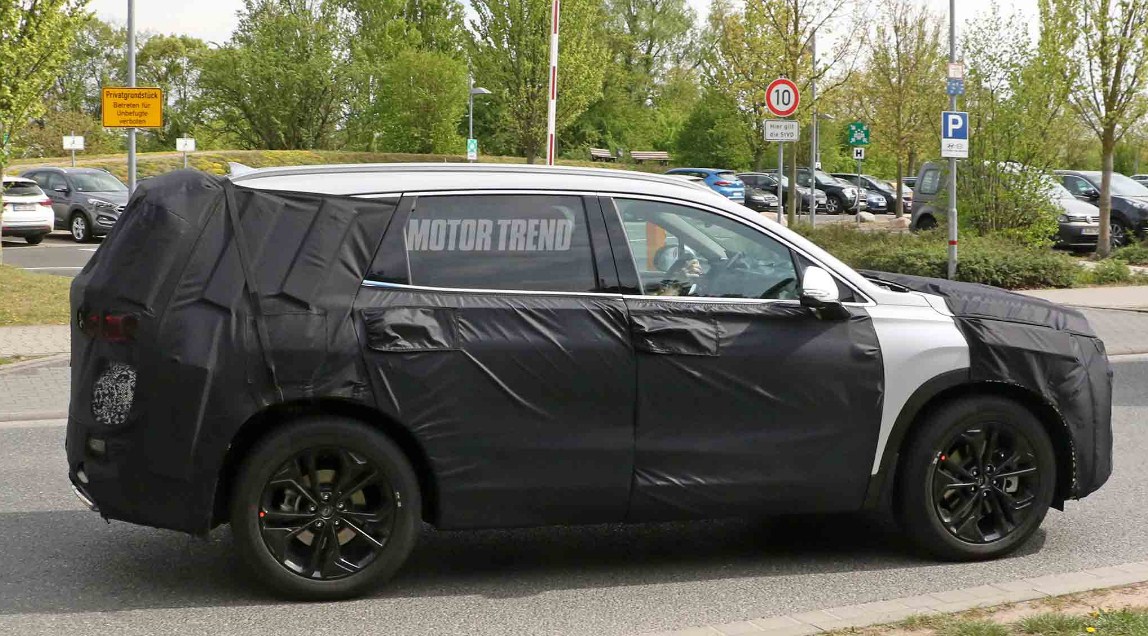 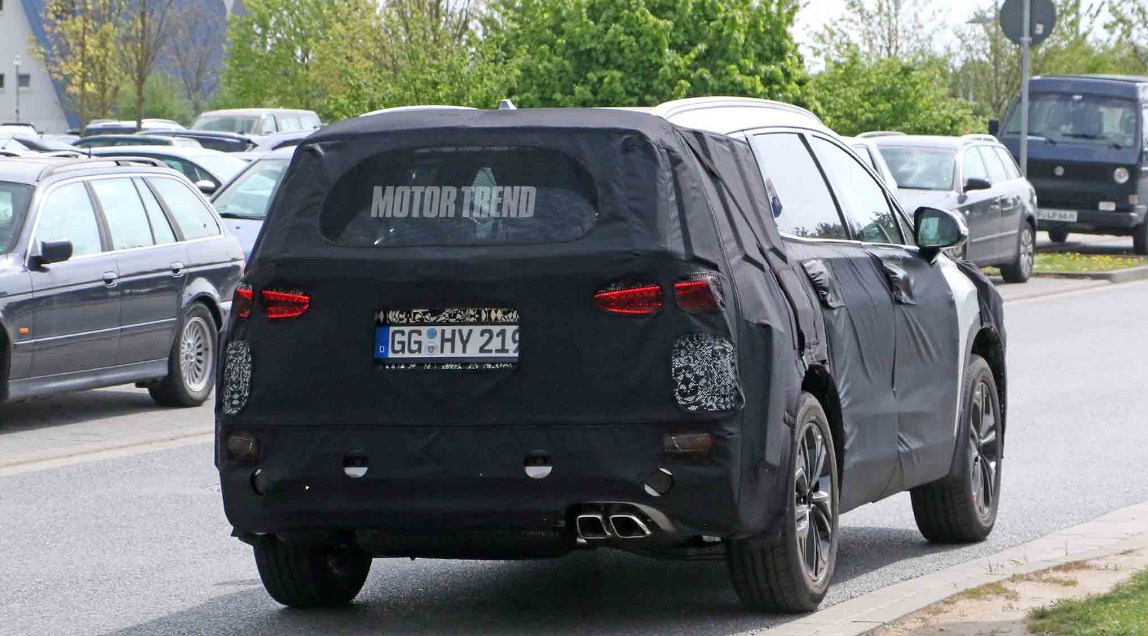 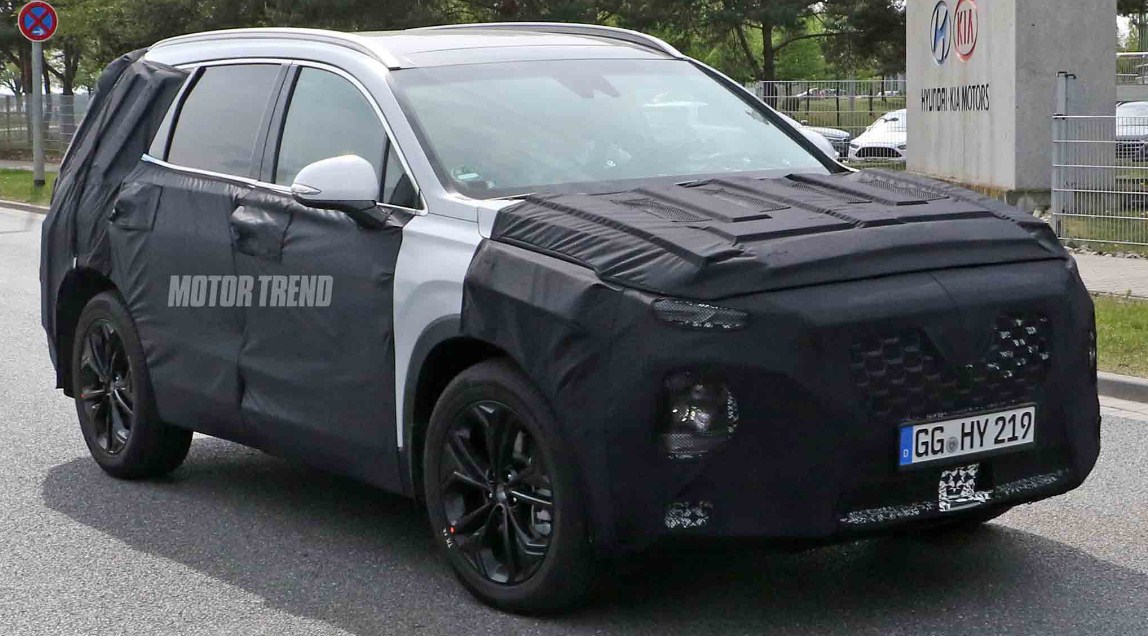 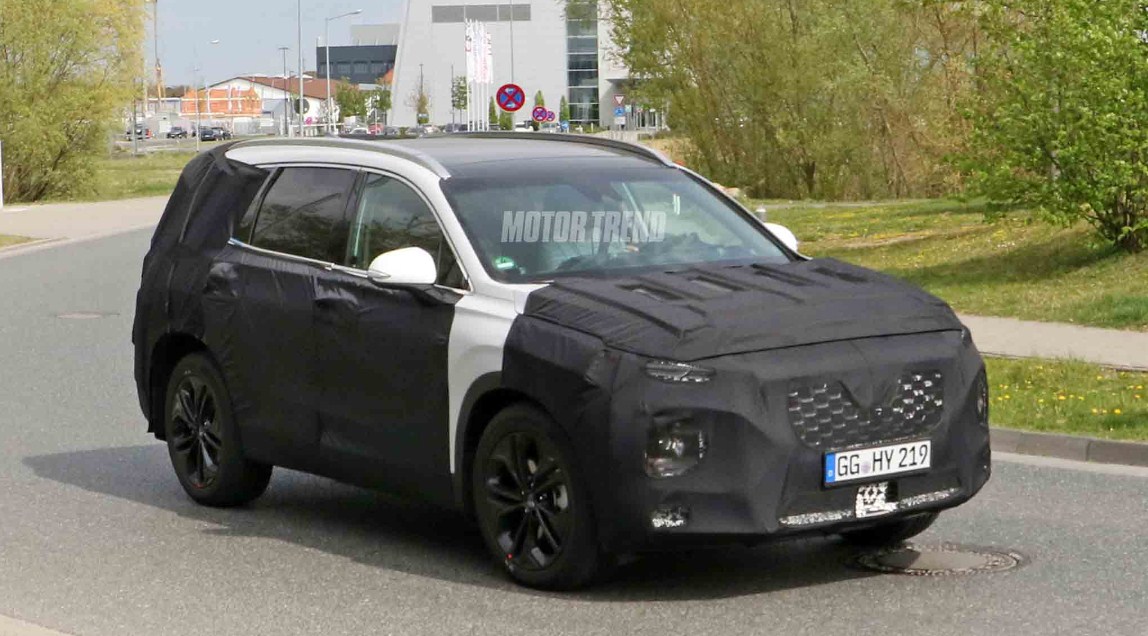 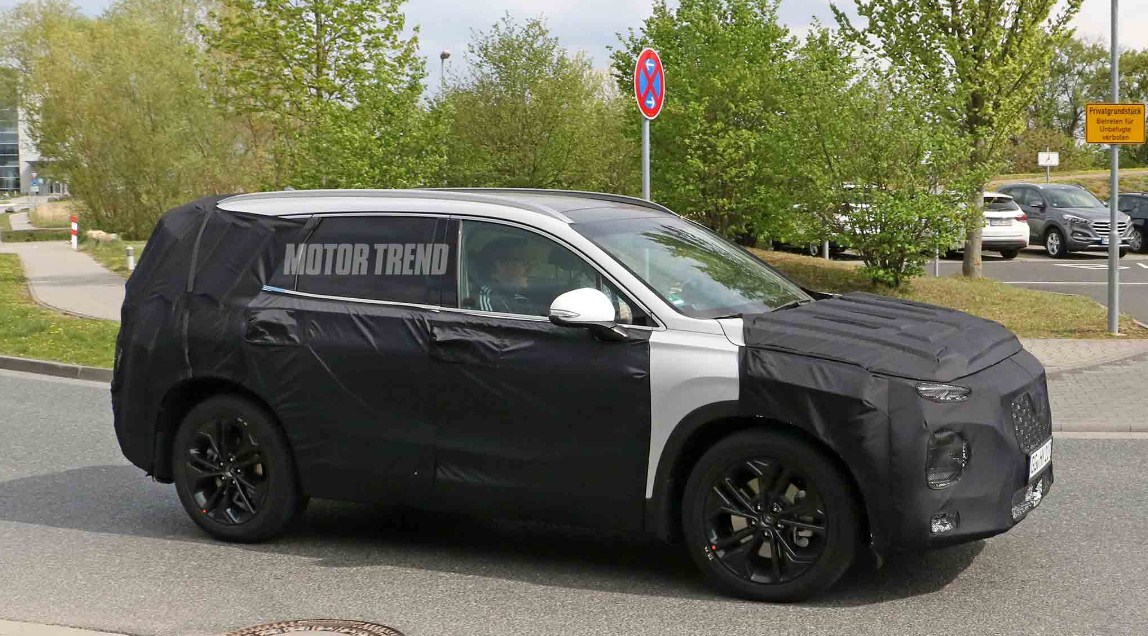 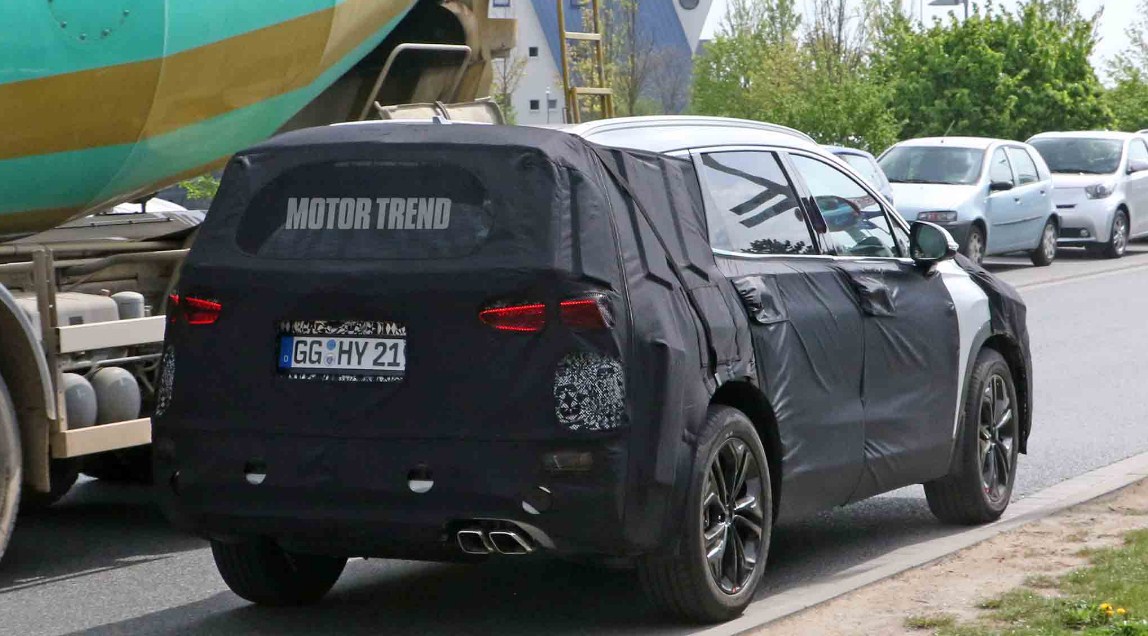