Jul 10, 2017 / Finally Some Character. If you are able to recall, Honda was the first Japanese brand to sail into luxury waters. It did it in 1986 with the birth of the Acura, while Lexus and Infiniti followed three years later. Over the years mentioned luxury division made some extraordinary moves, the node to both NSXs, some questionable moves like decorating plain Hondas with its luxury connotation badges, as some sales-disastrous moves, done with peculiar ZDX. By their own words, Japanese are gathering their senses, and easiest way to spot that would by paying attention to the entry-level luxury sedan segment. Unreasonable double offer is gone, and both TSX, which was nothing but European Accord with Acura’s badge, and TL were altogether replaced by one TLX in 2014. Things are getting even better as refreshed 2018 Acura TLX arrived with more than just minor tweaks.

Visual tweaks are substantial for a facelift. Awkward beak like fascia is finally gone thanks to the new space-like diamond grille with a three-dimensional effect. Which is slowly swooping through the lineup since it emerged on MDX. Grille alone was enough to completely reverse not so positive visual feel about the outgoing model, but the story doesn’t end there. Hood is reshaped more dynamically; both bumpers are significantly more elegant, and trendy jewel eye headlights are even more alluring. The whole car gained a boost of its character, which it desperately needed. Also, if you want to stress sporty on your sports sedan, this time you might as well do it with a new A-Spec trim bringing wider front bumper; black window surround, large 19-inch alloys, dimmed rear lights, deck lid spoiler and aggressive diffuser with double round exhaust tips.

The cabin hasn’t received nearly as much attention as the exterior, keeping the whole thing almost visually unchanged. That means than non-intuitive and logic-defying dual-screen infotainment system is still here, but at least lower screen is now touched sensitive and the whole thing finally supports Apple CarPlay and Android Auto. Acura claims better response time of the system by one-third, which seems correct when you start to poke the screens. You can now flavor the interior with contrast stitching or flamboyant red seats in A-Spec trim, but the protruding general sense of Honda-ness remains, causing it to leg behind posher German or Lexus offers.

As far as somebodies dynamic cravings go, TLX was a choice of the segment. Instant throttle response of the naturally aspirated Mills was always welcomed. Although figures they generate in this case cause acceleration times not so much worthy of the segment. 2.4-liter L4 delivers 204 hp and 182 lb-ft of torque, matched by 8-speed dual clutch automatic; (which strangely includes torque converter), propels TLX to 60 mph in boring 6.8 seconds. Much better is 3.5-liter V6 (with only one camshaft) pumping out better sounding 290 hp and 267 lb-ft; paired with 9-speed automatic, dropping 0 to 60 time to 5.7 seconds, but that is again if you don’t start to compare it with the competition.

To shed some gloominess above this part of the story, new sporty trim brings tweaked dampers, bushings, roll-bars, and steering, resulting in rewarding, vigorous and precise driving sensations. SH-AWD system capable of clever torque distribution justifies the SH part of the moniker and wraps the story as far as respectable handling goes.

So, 2018 Acura TLX is evidently more handsome and more fun to drive. Still, visually it is hardly queen of the segment, and dynamically it can’t quite endanger Caddy or Alfa, while cabin doesn’t even try to reach Merc’s lavishness. But it has some trick under its sleeve to gain some attention. Starting price tag of $33,000 undercuts everything in the segment; some by little, others by little more, apart from Buick’s Regal which is any way half-luxury product questionably sitting there. If we add the fact that AcuraWhatch with myriads of safety systems; (adaptive cruise control, lane-keep assist, automated emergency braking and rest); became standard, we could end with notion than this Acura still respects your wallet, and that is even better than before.

Mar 22, 2017 / The TLX is quite a new model released for the 2015 model year to replace the aging TL and TSX. With the 2017 version released just a few weeks ago. It seems that they will wait until the 2018 Acura TLX in order to apply their new corporate design to the car. The first to receive it was the MDX which looks stunning, and it seems that the TLX will be the one to follow.

So far it seems that the new car will be released sometime in the late 2017 and it should go on the market shortly after that. The price will likely stay unchanged. This means that a base model will cost just under $32,000 while a top-end version will get past $40,000 with ease.

Even though the TLX is basically an Accord that has been heavily tweaked, it doesn’t feel like it. Instead, the car feels like a true luxury sedan, so we are quite sure that the 2018 model won’t disappoint either. However, with this model, there might be a few changes. For starters, it seems that a Type S model might be released. This name implies more power and better driving characteristics. However, while the current model is very comfortable and compliant, it is not the fastest car on the road or the most communicative. The Type S version might change all that with a tweaked suspension system, likely new breaks and more power as well.

The exterior of the 2018 Acura TLX is going to change quite a bit over the current model. For starters, its entire front end is expected to be replaced. The car should receive a new diamond-shaped pentagonal grille which was also seen on the MDX. On top of that, the front fenders, the hood as well as the bumper are expected to change in order to give it a more muscular and aggressive appearance. The profile should remain pretty similar, but the back will likely receive a new bumper and likely a new set of tailpipes. The rumored Type S might receive an even more aggressive bumper with larger air intakes as well as bigger wheels.

One of the least impressive features of the current TLX is the infotainment system. Like in a few other of their models, it uses a two-screen setup which is confusing and quite slow. For the new car, we might see a more conventional dashboard with just a larger single-screen infotainment unit. However, besides that, not much will change considering how new the car actually is.

There are currently two different powertrains available for the TLX, and the 2018 Acura TLX should be quite similar. For starters, the base model will continue to use the 2.4 liters naturally aspirated inline 4. In essence, this is the same engine that is found in the Accord. Some did say that a 2-liter turbocharged unit might be installed in its place, but this hasn’t been confirmed by Acura so far. Further up the range, the older 3.5 liters direct injected V6 should also be found. Like before, this will continue to make 290 horsepower and 267 lb-ft of torque which is more than enough for many.

An eight-speed automatic will be mated to the 2.4-liter engine while a nine-speed unit will be strapped to the V6. The big news comes in the form of Acura’s newest hybrid. This uses a 3 liter V6 mated to a seven-speed dual clutch gearbox and three electric motors. Some rumors suggested that this engine, and all of its 325 horsepower, might be offered for the high-performance Type-S version. This also features, as standard, all-wheel drive thanks to its two electric motors mounted on the rear axle. 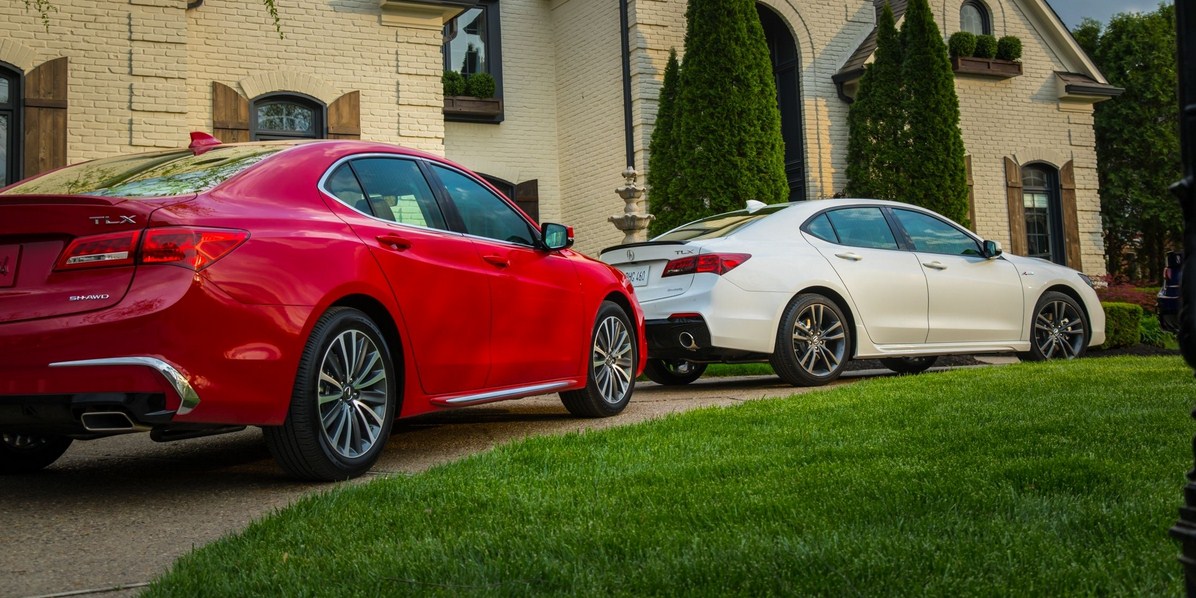 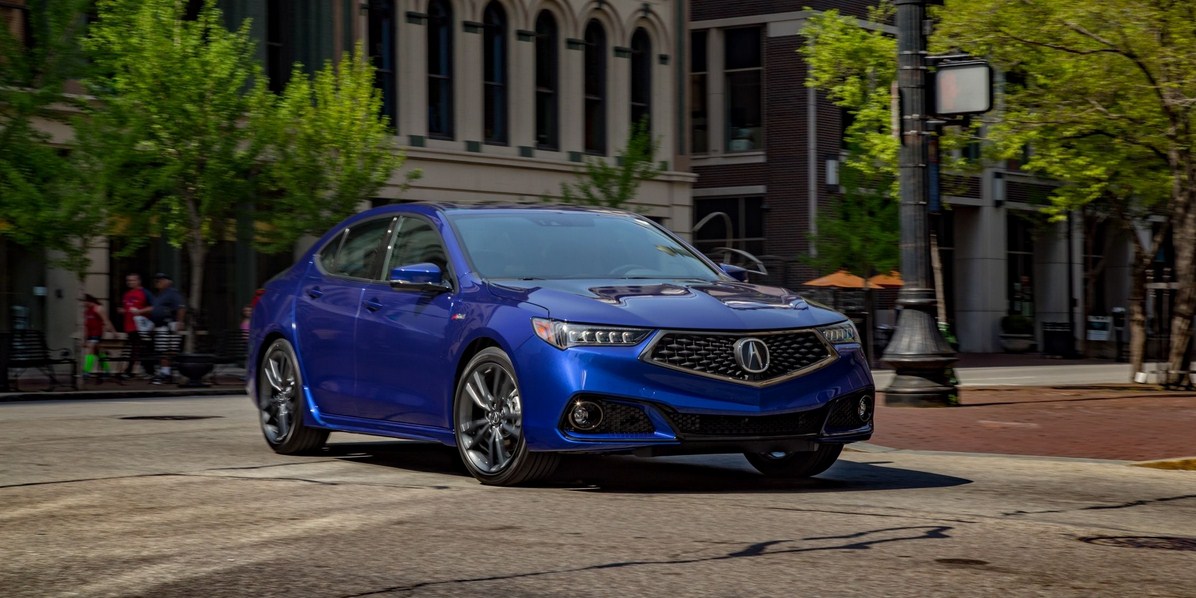 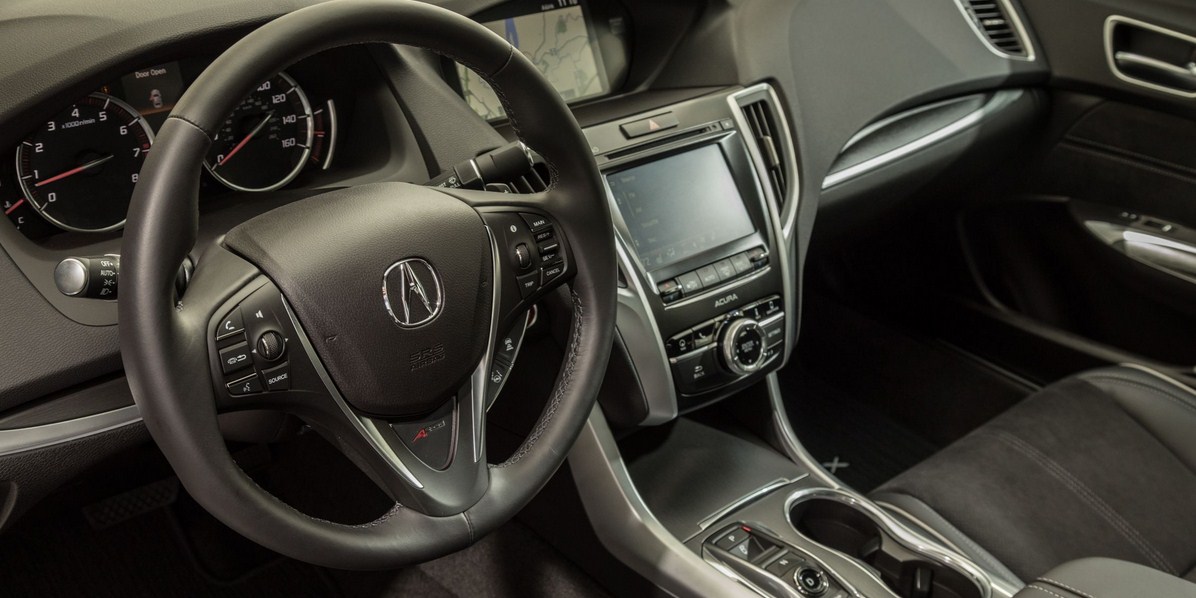 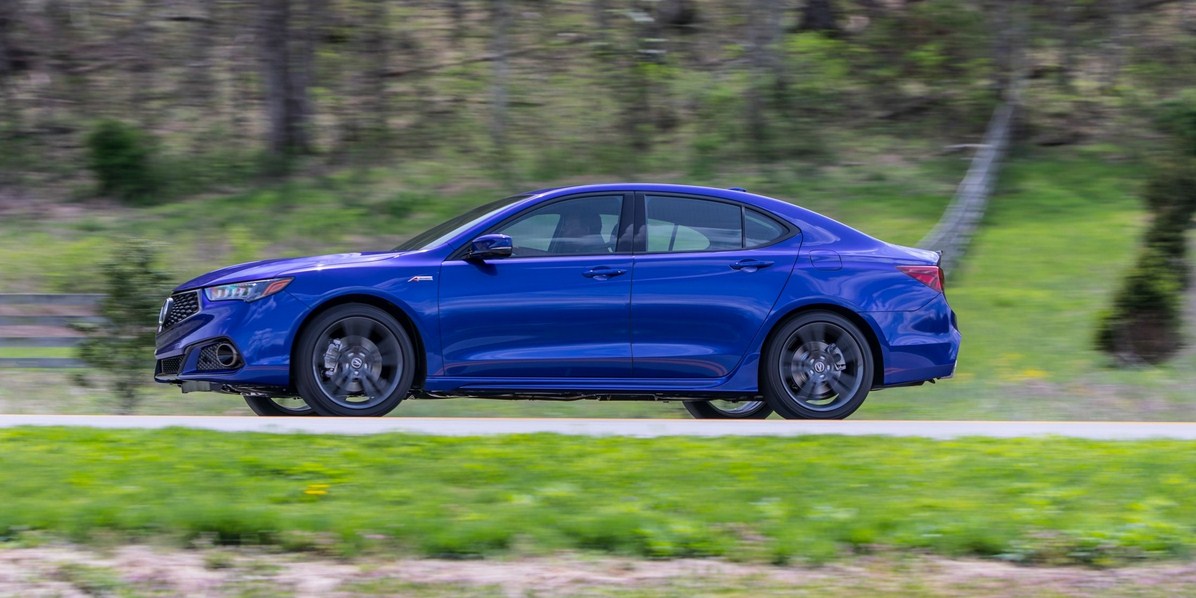 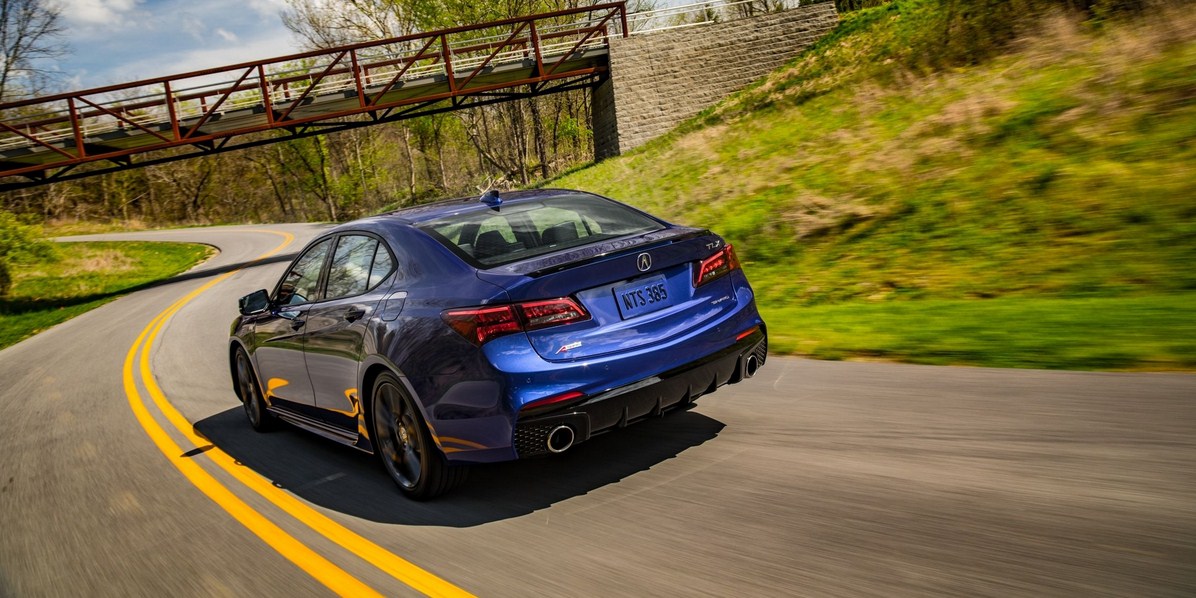 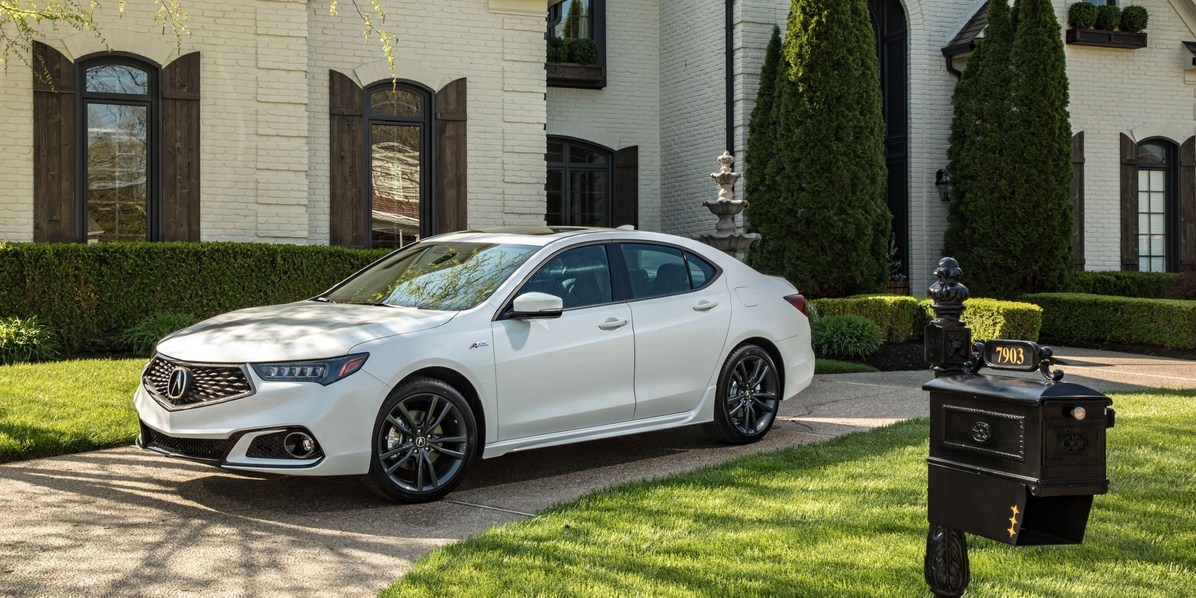 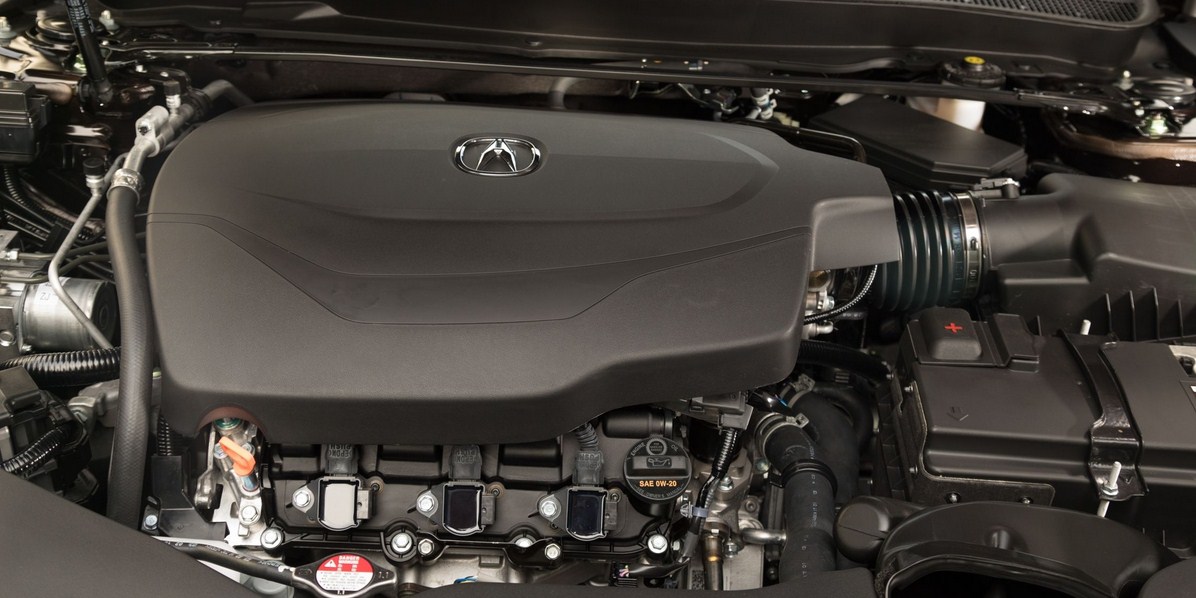 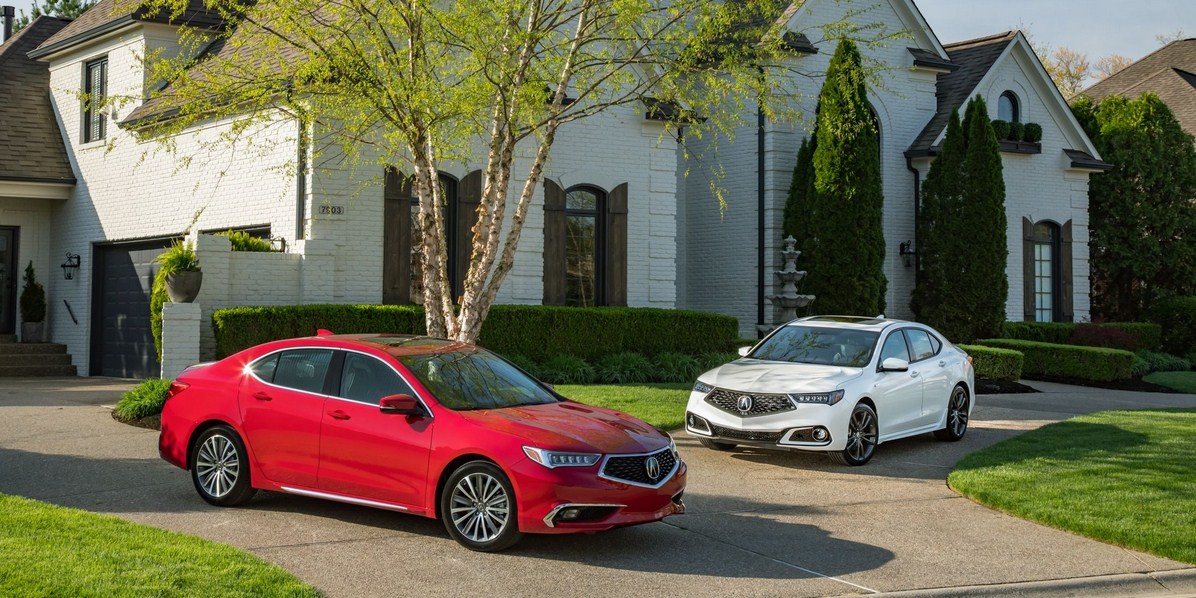 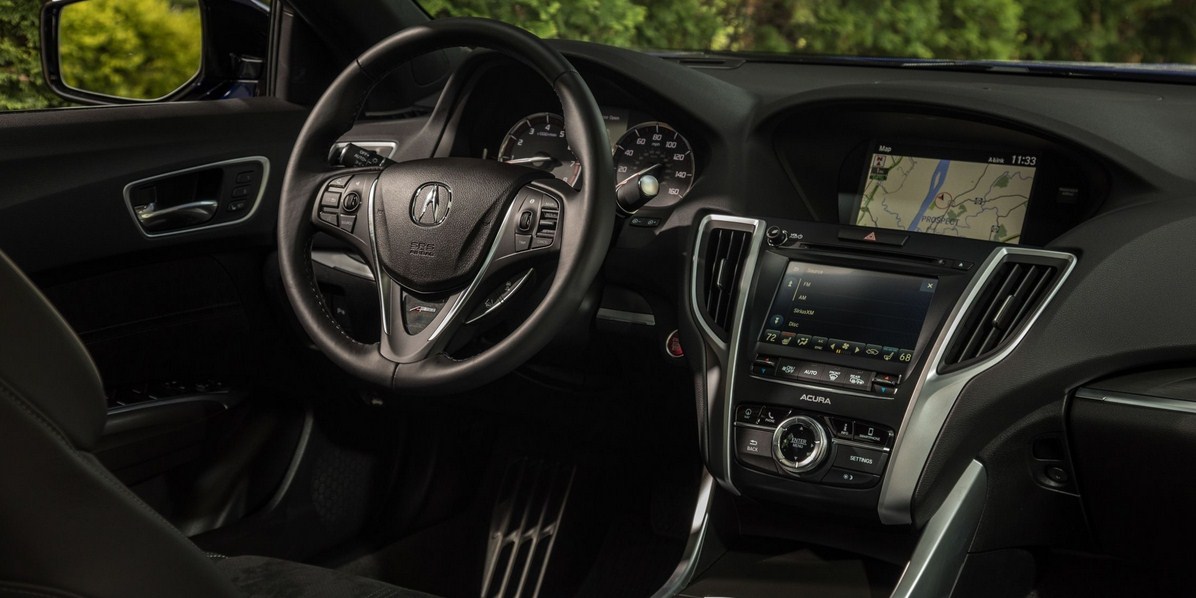 There are currently two different powertrains available for the TLX, and the 2018 Acura TLX should be quite similar. For starters, the base model will continue to use the 2.4 liters naturally aspirated inline 4. In essence, this is the same engine that is found in the Accord. Some did say that a 2-liter turbocharged unit might be installed in its place, but this hasn’t been confirmed by Acura so far.