People buy more crossovers than ever before, so manufacturers had to adapt. Most of them released three or more different crossovers with Hyundai being behind with just three cars. In order to complete their roster though they released a brand new model a few days back. The all new 2018 Hyundai Kona is set to hit the market in the upcoming months. The car is a new compact crossover based on an entirely new platform. It is nearly the same size as the Tucson, but it features quite a bit more gear. On top of that, it has a funky look which might set the trend for Hyundai’s future crossovers.

As we said, the car is riding on a new platform which shares parts with the i20 and the i30. The Kona will feature a fully independent suspension in the front while at the back it will get a torsion beam on the entry level cars. However, the higher end models and the four-wheel drive models will get an independent setup. This structure will give it better driving characteristics as well as it should provide a better ride. The price hasn’t been announced just yet but considering all the gear it comes with; it is safe to assume the car will slot right between the Tucson and the Santa Fe.

Most rumors, at first, suggested that 2018 Hyundai Kona was going to be just an i20 on stilts. Luckily this is not the case even though there are quite a few similarities between the two cars. The biggest difference is the longer wheelbase on the crossover and the slightly wider body. These alone mean it has more room inside the cabin, and it should be more stable at higher speeds.

The Kona sports an all new design which has virtually nothing in common with any of Hyundai’s other cars. In the front, it boasts the usual corporate grille, but that’s about it. The headlights divide into two different set of lights. The top mounted LEDs act as the car’s DRLs and as the turn signals. The lower clusters are the usual high and low-beams, and these can be had with either halogen or with Xenon lamps. The fog-lamps have been moved quite to the center, right under the grille. These flank the car’s small splitter and they do make it seem quite aggressive for its size. The rear continues the split lights design but to a lesser extent. In fact, with the exception of the black impact plastic inserts, the Kona pretty much looks like a slightly larger i20 which is not that bad.

The 2018 Hyundai Kona’s interior is not nearly as impressive as its exterior. In fact, things are very similar to the larger i30 here. The car gets roughly the same dashboard, but it has different HVAC vents with round ones on the sides and squares on the center stack. The climate controls, infotainment system, steering wheel, instrument cluster and even the center console are all identical to the i30. The big difference over its hatchback counterpart is the addition of contrasting red stitching as well as red accents throughout the cabin. The rear seats get as much room as in the hatch while the trunk is slightly smaller but still one of the biggest in its class.

The US model of the 2018 Hyundai Kona will be available with two different engines. The base model will sport a 2.0 liter naturally aspirated inline four good for 147 horsepower and 132 lb-ft of torque. This unit will have a six-speed automatic driving on the front wheels. This type of setup can be seen on most of its rivals so it should allow it to be quite competitive. The top end model will receive a smaller, but more powerful, 1.6-liter turbocharged inline-four. With 175 horsepower and 195 lb-ft of torque, this should deliver much better performance while also using less fuel. This model will come equipped with a much faster seven-speed dual-clutch automatic and front wheel drive. Unlike on most of its rivals, all wheel drive is an optional extra across all trim levels, meaning the base Kona will be available with AWD which is otherwise unavailable on most of its competitors. 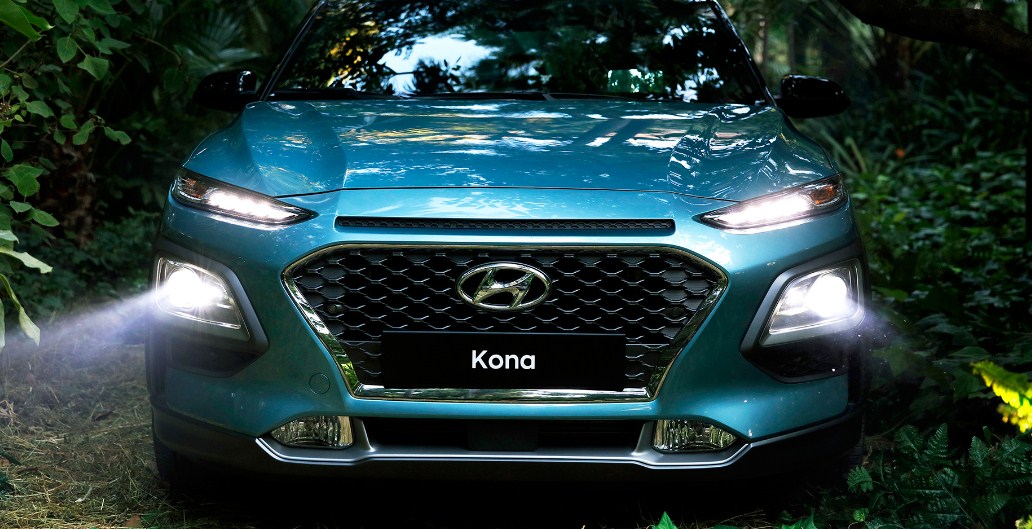 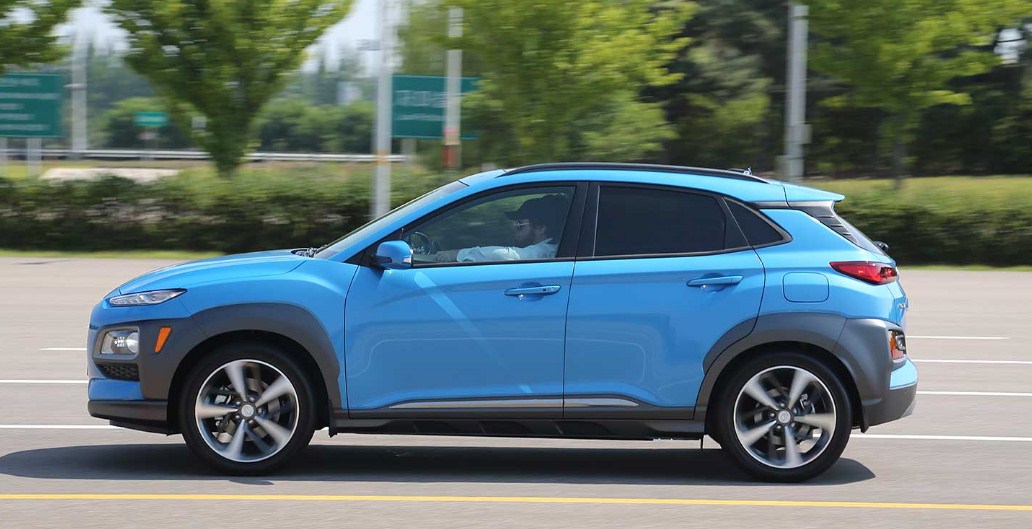 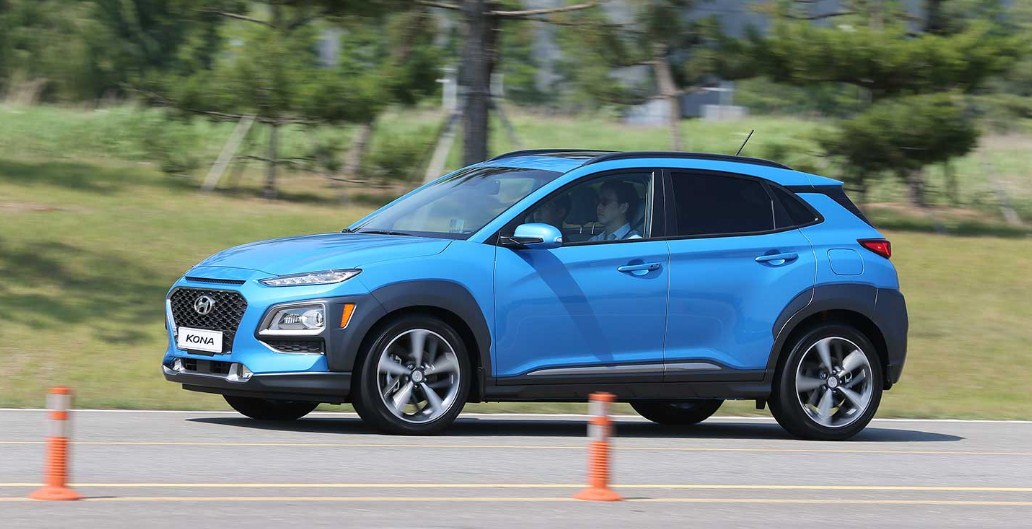 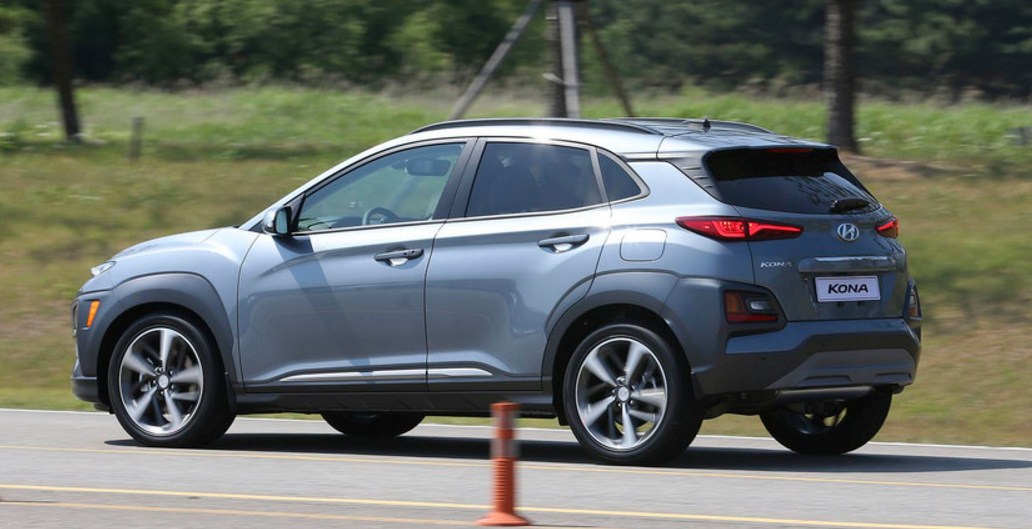 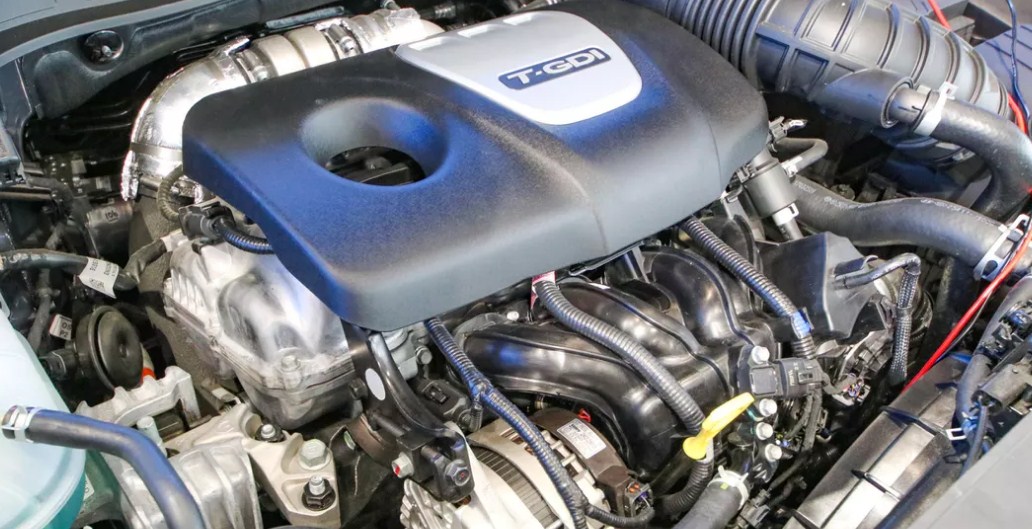 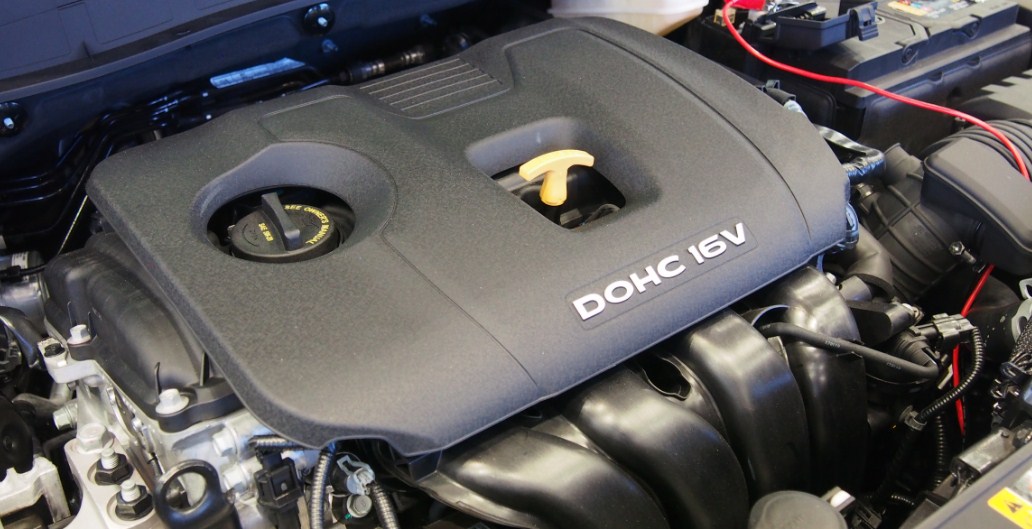 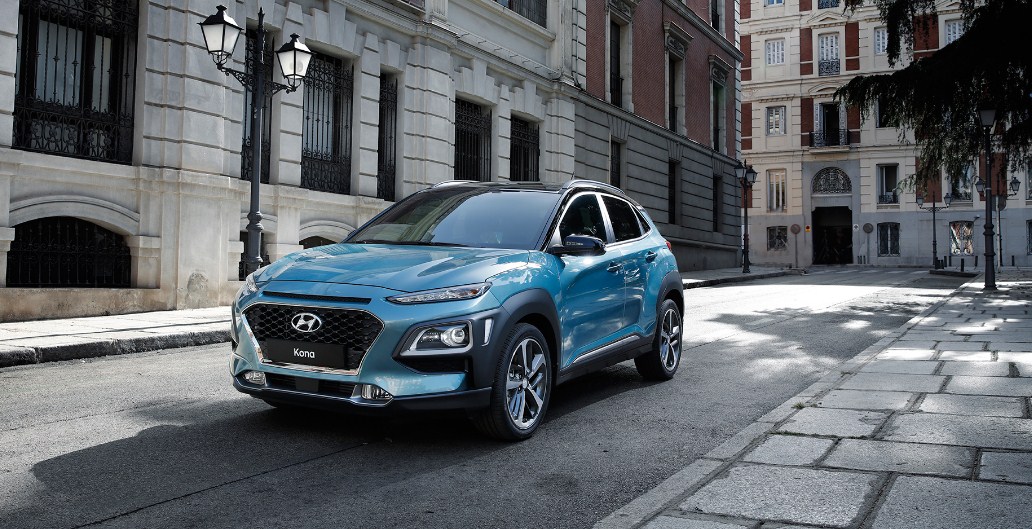 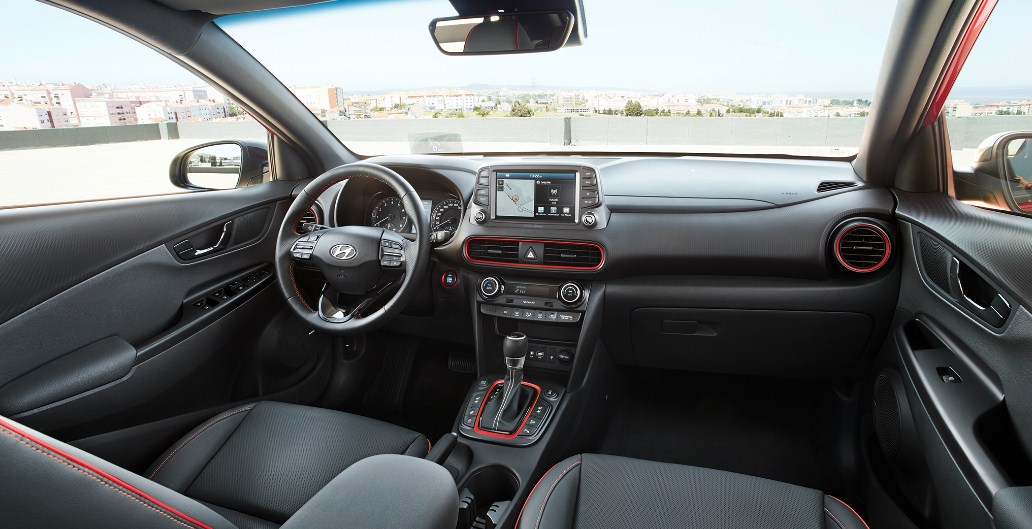 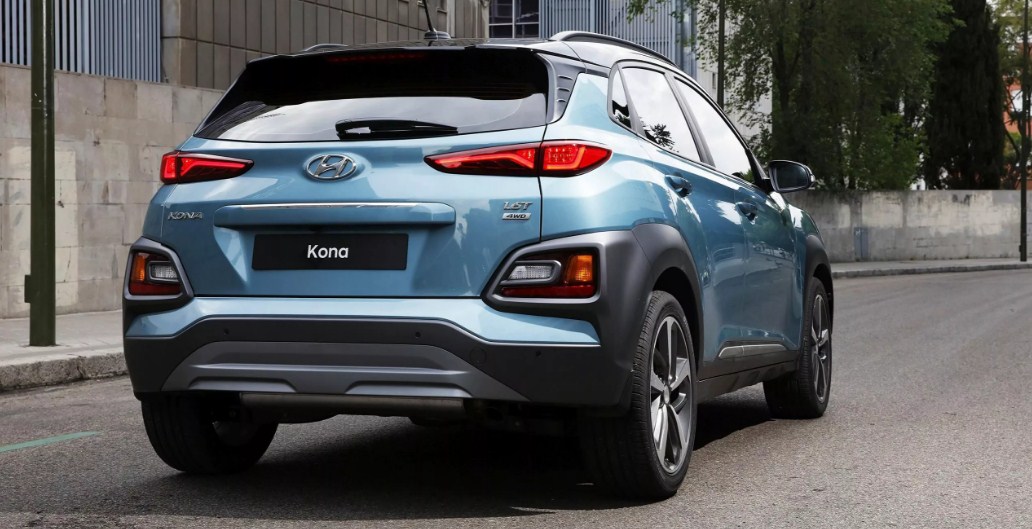 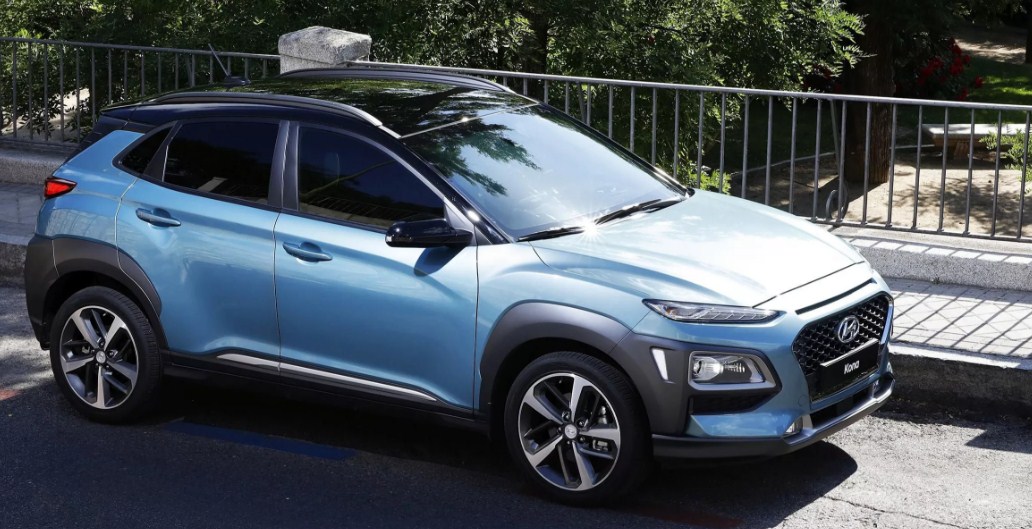