Honda is redesigning almost entire lineup. In the next few years, they are going to modify almost every single vehicle. One of those cars scheduled for overhaul is HR-V. The first generation of this subcompact crossover SUV was launched in 1998 and came as a 3-door crossover. Production was halted eight years after, but only for a short period of time. In 2014 the second generation was released, but this time as a 5-door SUV. Honda is not planning to give up on this model soon since they already have plans for the 2018 Honda HR-V.

UPDATE: The HRV has been released on the market back in 2014. However, while it may seem new, the car was actually first revealed back in 2013 as the Vezel. Because of that, it is getting quite old at this point, and it seems an update might be on its way. Most rumors suggest the 2018 Honda HRV update will give the car an extensive mid-life facelift while not long after that a new model might be released.

This update is expected to bring quite a few cosmetic changes both inside and out as well as a new set of engines. With it, the car will become more competitive while maintaining the low-price point it has been capable of offering up to this point.

Even though we would love to see a brand new car, it is quite possible the 2018 update will retain the car’s running gear and platform. This is not all that bad as the HRV is one of the better cars to drive in its class. However, it still suffers from a harsher ride than necessary and it doesn’t really offer the feedback it should. However, the sound insulation is great and it definitely feels more expensive than most of its rivals.

The second generation was launched two years ago, so if you are expecting some major updates we must let you down. There won’t be anything revolutionary this time. But if you are realistic, you will realize it’s is impossible to expect a major overhaul. The second generation is still fresh and, apart from minor refreshments, Honda won’t significantly change the last version of HR-V. Tech updates are always welcomed and interior modifications in general. When it comes to the outer part, it’s quite possible that front fascia is going to be slightly changed, while the rear part will remain the same.

The powertrain is the easiest part of writing about. 2018 Honda HR-V will take after the previous model and will have exactly the same lineup. This means there are going to be two different engines in the offer, but customers won’t have a possibility to choose. The fact is that one engine is going to be offered to the American market and the other one is going to Europe. Honda does such thing very often so it is not a surprise there are different power units for different markets.

A 1.8-liter inline four will be offered to the US customers. This engine generates 150 hp and 140 lb-ft of torque. It remained completely the same as last year, without a single modification. The transmission system is still optional. New HR-V is mated either to CVT or to the six-speed manual gearbox.

European variant is expectedly less powerful. A 1.5-liter inline four delivers 120 hp and 115 lb-ft of torque. The only available transmission is manual. Besides these figures, fuel economies of these two units should remain unchanged. Both of these engines come with the optional drive system. Every customer will have a choice between the front-wheel drive and all-wheel drive.

UPDATE: The ongoing model boasts a 1.8 liter naturally aspirated inline four engine good for 141 horsepower and 127 lb-ft of torque. Even though this is sufficient, it can’t match some of its rivals. The upcoming 2018 update is actually expected to boast one of Honda’s new turbocharged engines.

Their 1.5-liter turbo four is known to make up to 190 horsepower which would easily allow the HRV to become one of the faster cars in its class. The six-speed manual is likely going to stay while the CVT could receive a small tweak in order to offer a bit more control over the gear changes.

Is a Hybrid a Viable Option?

Many rumors suggested that the future 2018 Honda HR-V would be offered in a hybrid form. While unlikely at this point, it’s close sibling, the Vezel, is available with a hybrid powertrain which combines a 1.5 liter naturally aspirated engine with an electric powertrain. Offering more than 40 MPG on average, this engine would be a great addition for the US market. 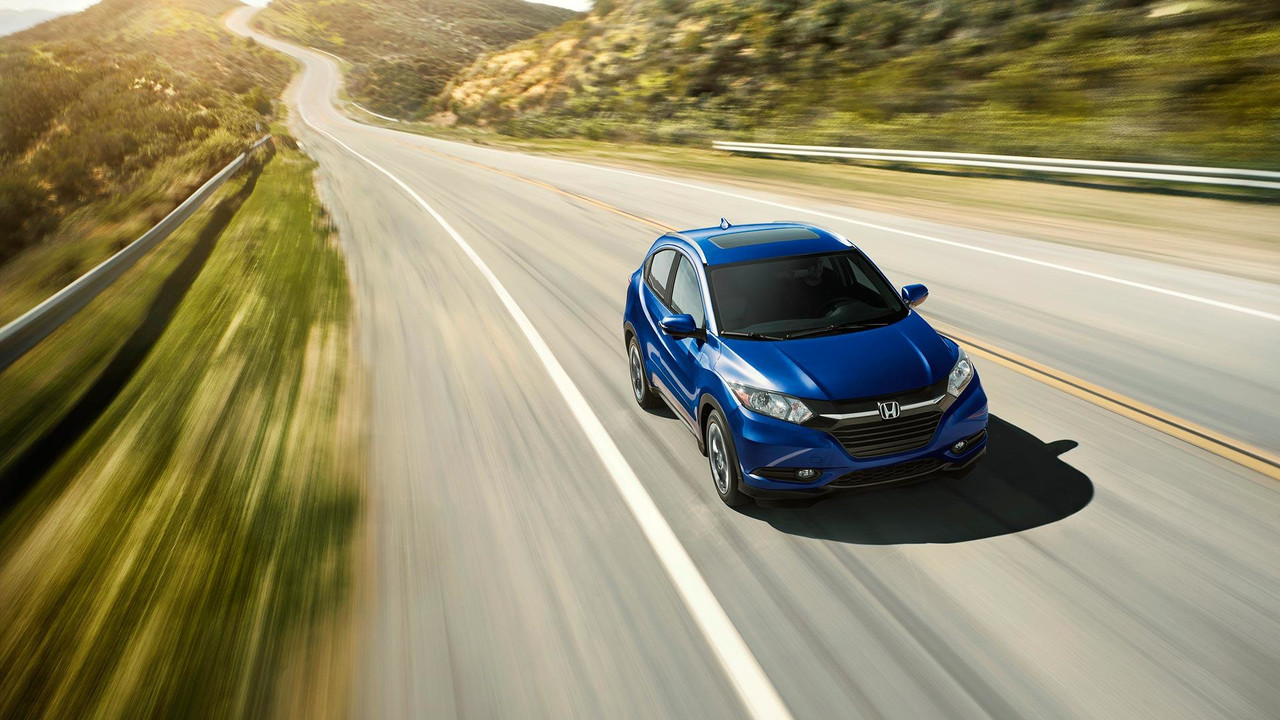 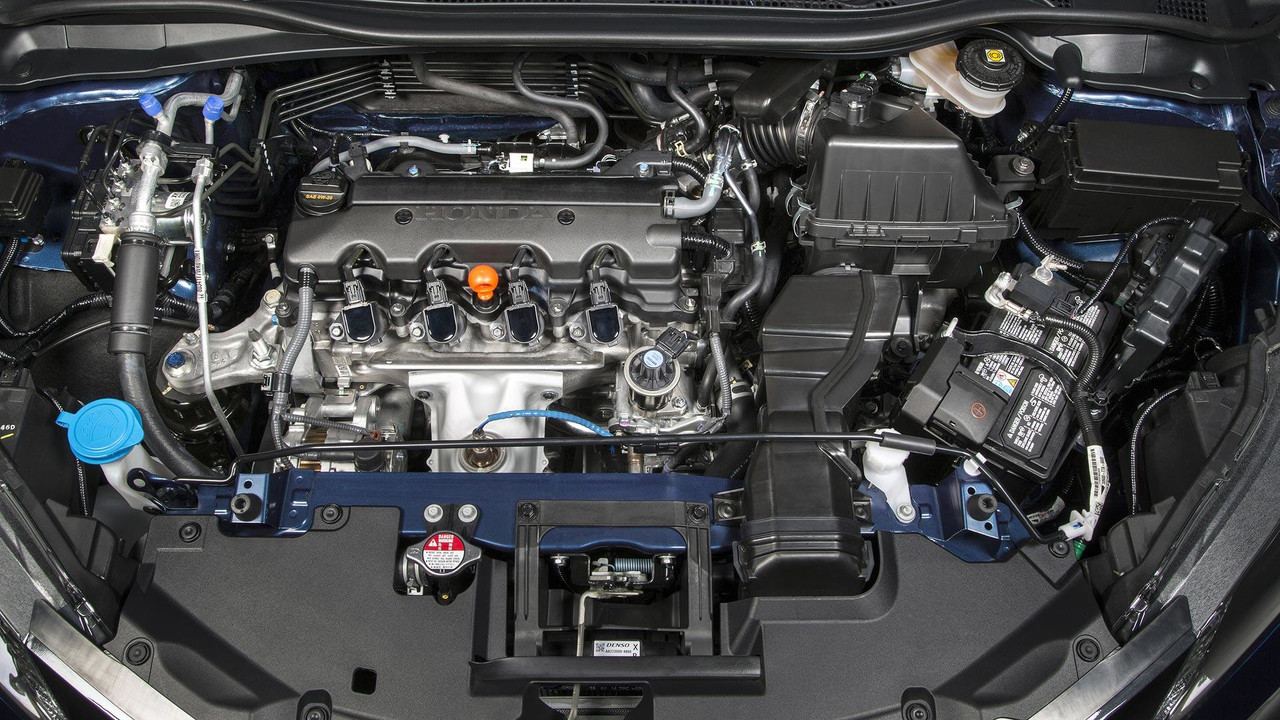 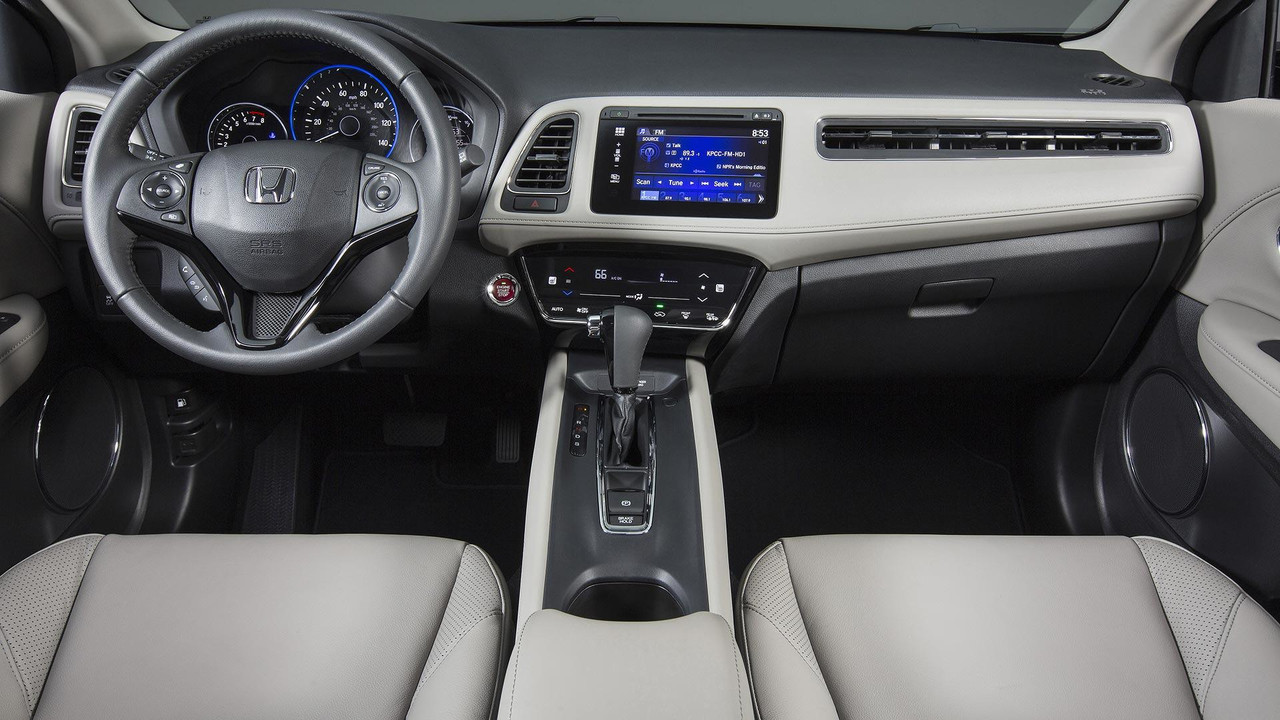 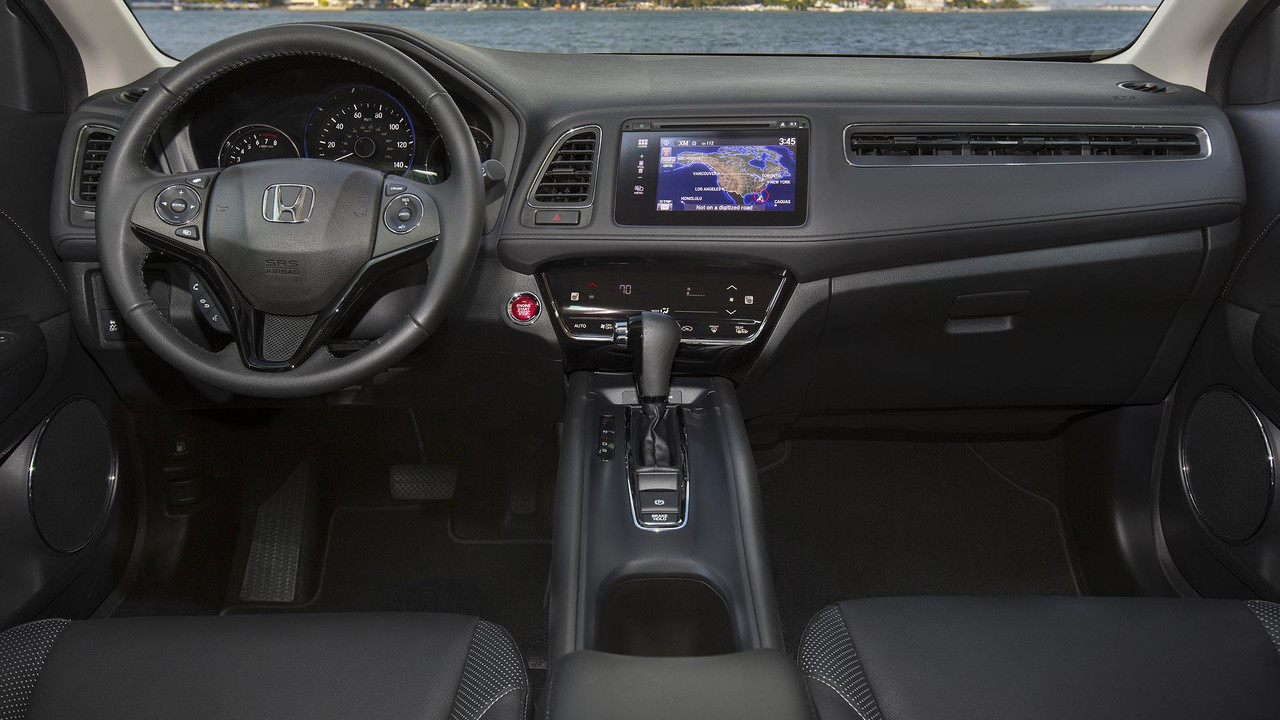 2018 Honda HR-V is coming in three trim levels: LX, EX, and EX-L. Every single trim has a wide range of colors, such as crystal black pearl, Milano red, misty green pearl, alabaster silver metallic, etc. Even though exterior’s color palette is huge, the cabin is coming in only four colors. That is something Honda can work on in the future. Height, length, and width are exactly the same as before as well as a 17-inch wheelbase. Perhaps front fascia is going to face some minor updates, but rear part shouldn’t get any refreshments.

UPDATE: Most rumors suggest at this point the 2018 Honda HRV update will come with quite a few exterior changes. A new bumper is more than likely in the works as well as a new front grille. These will allow the car to get closer in design to the CRV. The rear end might also receive new inserts for the tail lights and possibly a larger roof spoiler. The wheels could also be revised to give the car a more muscular design.

Inside the cabin, the HRV is expected to get a better infotainment system as well as slightly better materials. The driving position and passenger space won’t change much. However, most seem to think the car will receive better build quality which could actually happen.

Unfortunately, the interior doesn’t come in vivid colors. There are only versions of gray and black. Five people can fit inside the cabin and there is enough space for all of them. Interior changes in terms of styling are not expected. Seats are very comfortable and they are wrapped in leather. However, technology may be updated.

The expected price of the 2018 Honda HR-V won’t be changed. It is going to stay on the same level as the current model. This means you will be able to get this model for $20,000 if you live in the US, or even cheaper if you are from Europe. One way or another, new HR-V is quite affordable, even for those who are on a tight budget. The only catch is won’t hit the market soon. The best predictions tell us it should be released sometime in 2018.

We are quite sure that the cabin of the future HR-V will remain pretty much identical to what is currently available. Why? Well, let’s just say that Honda managed to find the perfect combination of utility and design which makes the HR-V a great place to be. Even the base model features air conditioning and a unique dashboard design where most of the buttons are touch sensitive.

This works great in practice and the large air vents do provide plenty of comfort during hot days. The 2018 version of the car may receive a slightly better infotainment system but that should be it. A similar story should happen on the outside as well. The current car follows Honda’s current design language quite closely and they shouldn’t change too many things about it. We expect most changes to the front in order to make the future version a bit more similar to its bigger brother, the CR-V.

Like we mentioned above, we are quite sure that the new HR-V will not be moved to a new platform as it would cost too much. Instead, the car will be improved as much as possible in order to become better. On top of that, new engines might be added to the range and it may look differently. We are quite sure that Honda decided not to announce the 2018 model as it is quite early. In fact, we are pretty sure that they will confirm the car close to release in order to remain a secret as much as possible.

The US version of the car currently offers a naturally aspirated 1.8-liter engine which makes 150 horsepower and 140 lb-ft of torque. This is not all that much but it is adequate for its size. However, there are competitors with more power as well as people willing to pay for that extra power. This makes us believe that the future 2018 Honda HR-V might come with a few more engine options. The base 1.8-liter engine is likely going to be carried over as it makes a good amount of power and it is quite efficient.
The second offering might become Honda’s new 1.5 liters turbocharged inline 4 mills which debuted on the Civic. This might be tuned to deliver more than 170 horsepower and 180 lb-ft of torque which would be a substantial increase over the base 1.8-liter engine. While a manual will be offered with the base model, the turbocharged mill might only be offered with the CVT gearbox. Like before, front wheel drive is definitely going to be standard while an all-wheel drive system should be an option.