The 6th generation of the Elantra sedan has been released back in 2016 for the US market as a 2017MY. The car is likely not going to change much for the upcoming 2018 Hyundai Elantra update. However, its hatchback counterpart will. The new Elantra GT has been showcased a short while ago, and the car seems to be a major improvement over its predecessor. Like before, the GT is actually not based on the Elantra but rather on the European i30. This means the car is quite a bit lower and also wider than its sedan counterpart. It also looks more aggressive, and it sports more features as well. Thanks to that the GT might be the better choice for some people. Unfortunately, the car will come with a price premium, so it won’t really compete with its sibling. However, its rivals will definitely be in trouble when the new Elantra GT goes on sale.

The car is actually based on a very similar platform to the regular Elantra. However, it has a fully independent suspension setup in the back as well as better brakes. The suspension system has also been tuned differently. Thanks to these upgrades the GT should be better to drive without having to compromise much on the comfort of its passengers. At launch, there will be two different versions of the GT.

Later down the road, a third model might be released. While these are just rumors, it seems the 2018 Hyundai Elantra GT could get a higher performance model. At this point, Hyundai doesn’t have an answer for all those hot-hatchbacks on the market, but things could change for the better.

Even though the 2018 Elantra GT shares most of its name with the sedan, it doesn’t look like it, and we’re fine with that! The car has a new front end which combines the usual Hyundai-grille shape with all new details. The car gets a new honeycomb mesh inside the grille, swept-back headlights as well as triangular side vents. The bumper also sports a splitter-like detail on the bottom while in the back all the models get a subtle roof spoiler. The Sport version of the car will come with larger 18-inch rims as standard, bigger front brakes, a different set of bumpers as well as a slightly lower suspension.

The interesting part is that the interior of the Elantra GT is not really the same as that of the sedan. This is because it actually shares it with the European i30, so it not only looks more modern, but it also boasts better materials than its sedan counterpart. The 2018 Hyundai Elantra GT comes with quite a few base features as standard such as an infotainment screen, a cruise control system, climate control and even a hill-hold assist feature. The higher end models, the Sport including, boast things such as a much larger infotainment system, digital climate control, leather upholstery and much better materials on the dashboard.

The Sport also comes with red accents throughout the cabin and red accent stitching on the seats which really sets it apart from the others. The trunk, while not much larger than that of the sedan, is also quite a bit more usable. This is thanks to its wide-opening tailgate and flat floor which are both great for allowing the GT to carry more than some would expect.

There won’t be that many changes regarding engines for the 2018 Hyundai Elantra. Both the sedan and the hatchback will come with two engines, a naturally aspirated 2.0-liter mill, and a smaller but more powerful turbocharged powertrain. The GT gets a slightly more powerful base engine offering 162 horsepower instead of the usual 147 horsepower of the sedan. Both cars can be had with either a six-speed manual gearbox or with a six speed automatic. The higher end Sport version of the Elantra gets a 1.6-liter turbo-four. This engine makes 201 horsepower and 195 lb-ft of torque for both cars, so no changes here. However, the GT can be had with either a manual or with a seven speed dual-clutch automatic which is quite a bit better than the regular automatic. In the future, we may see a more powerful engine, but this remains to be seen. 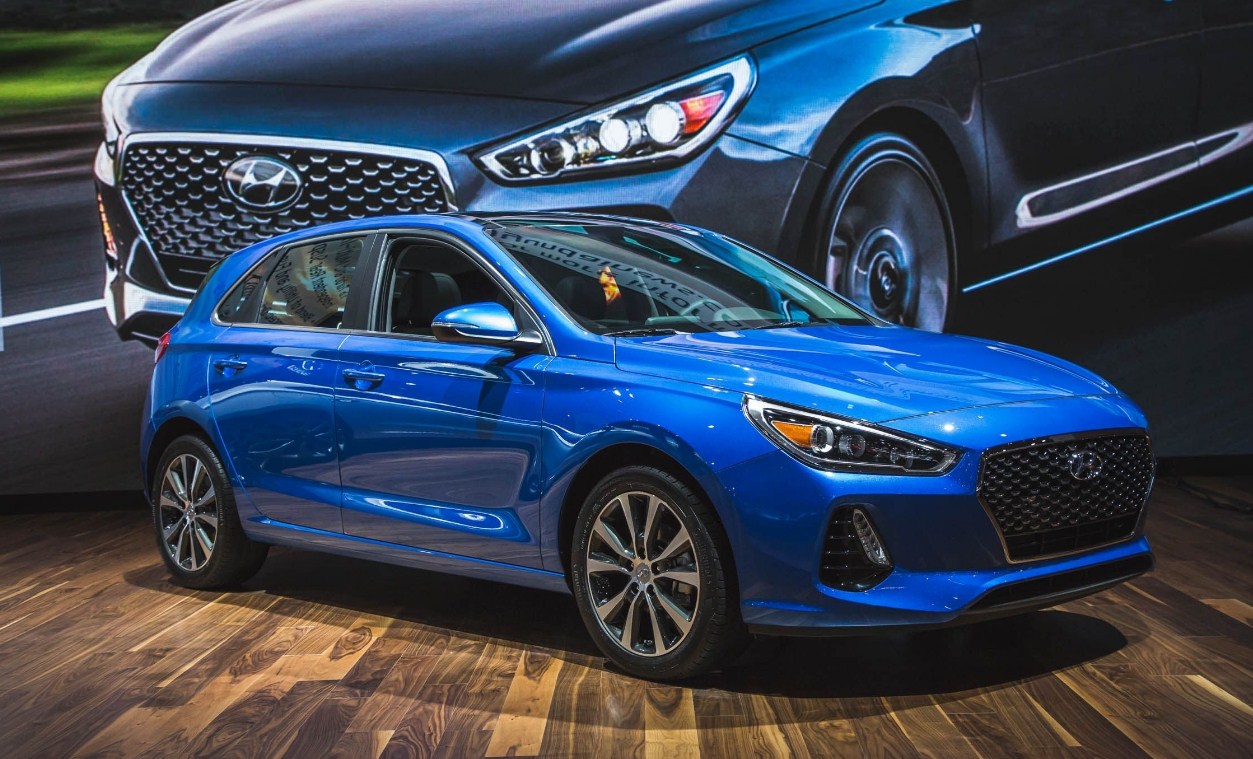 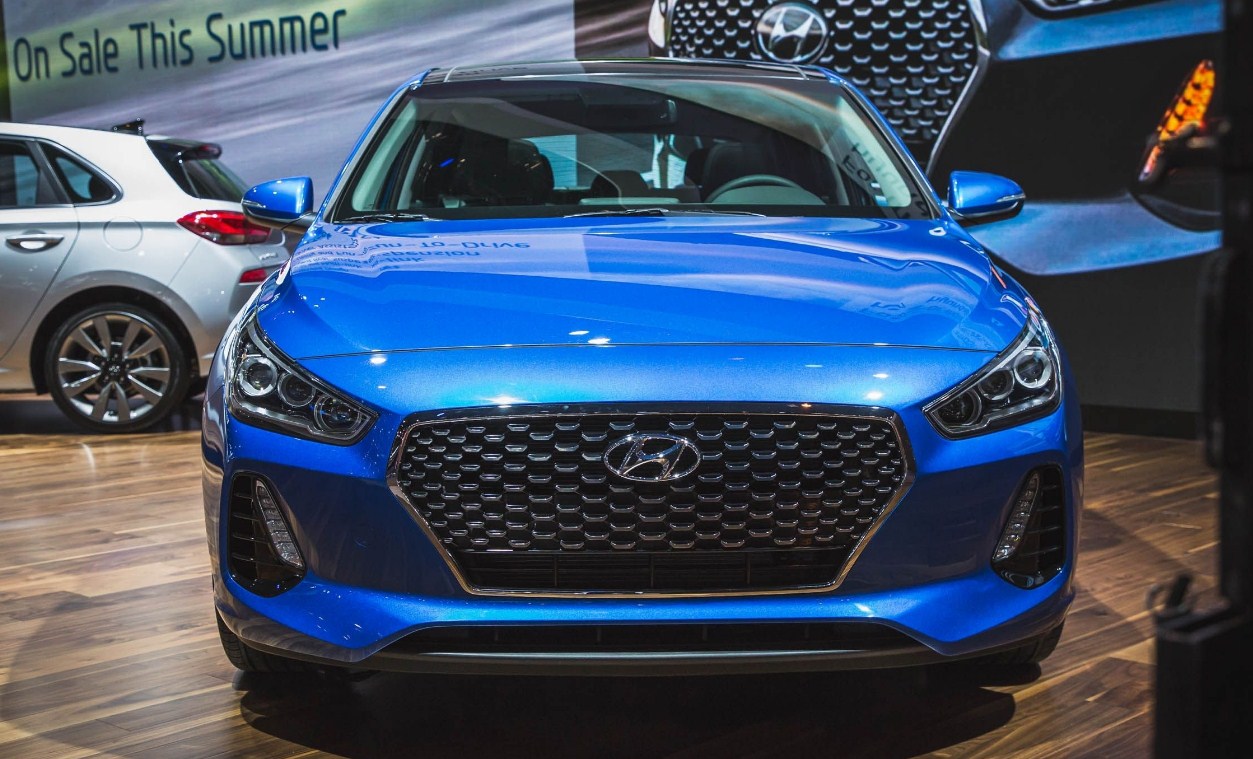 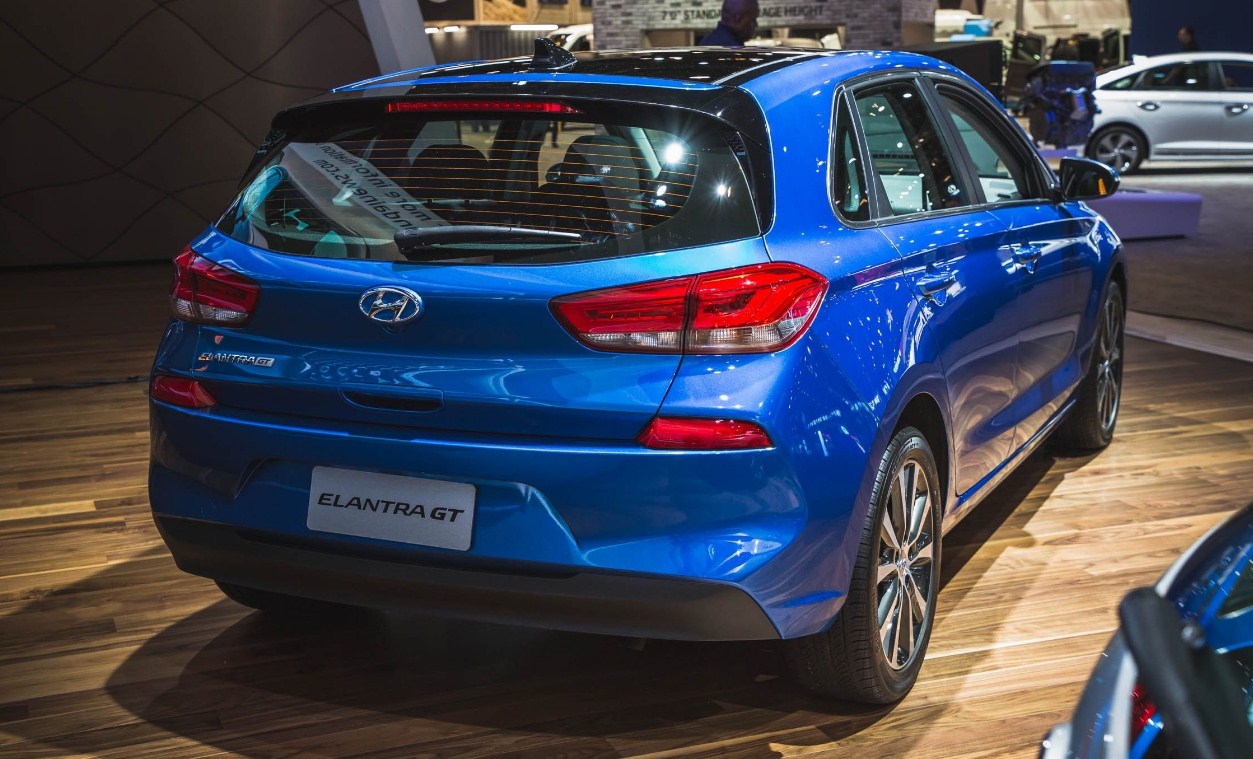 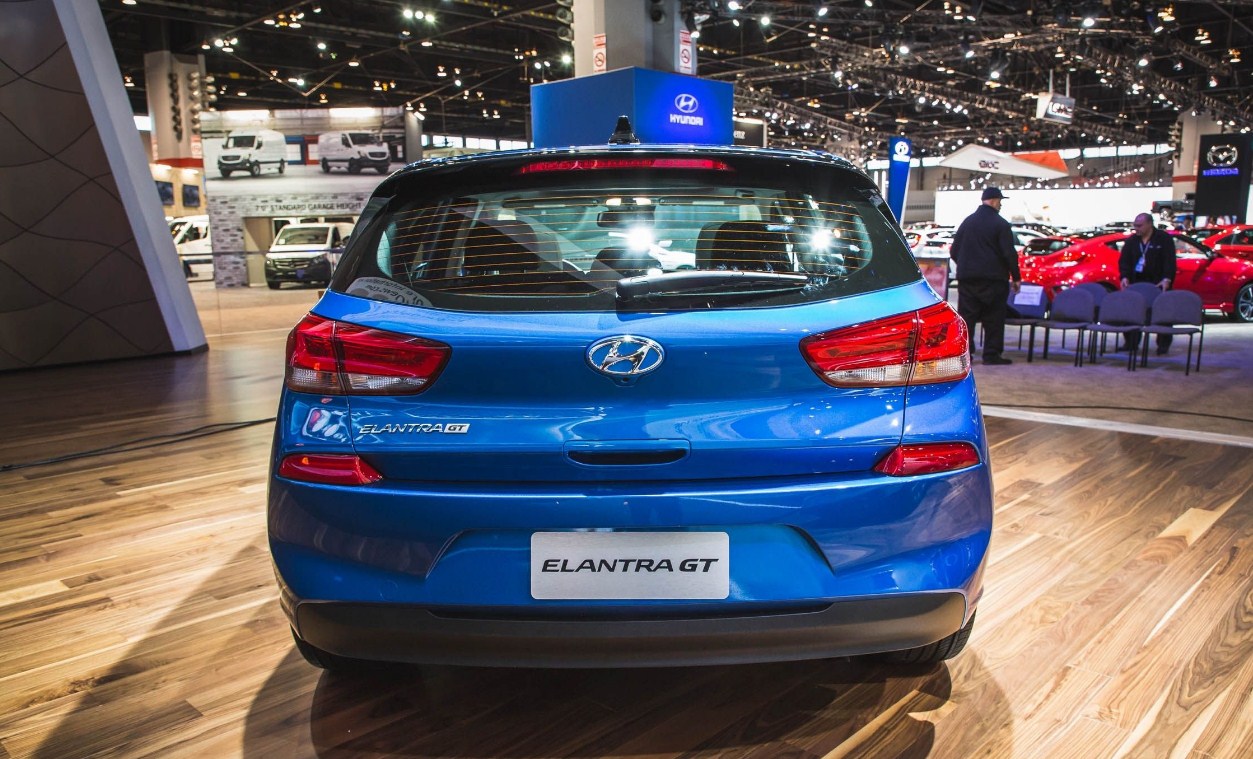 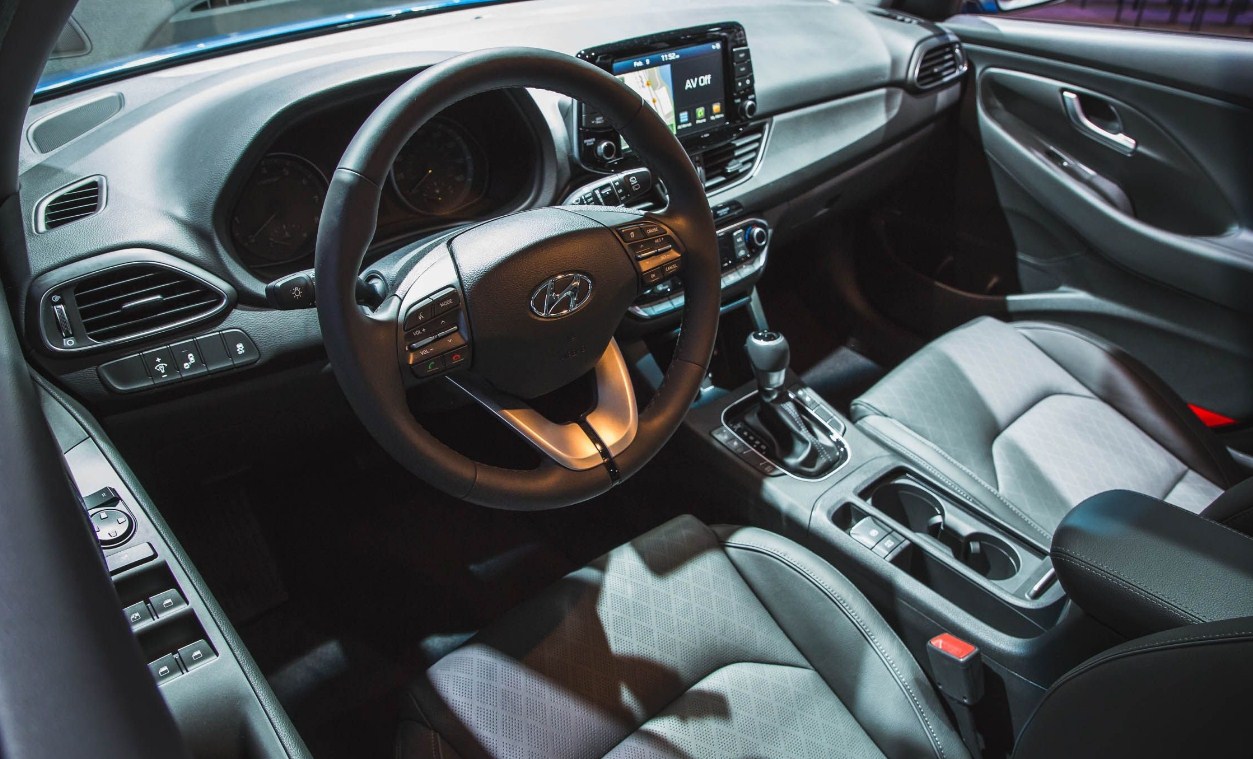 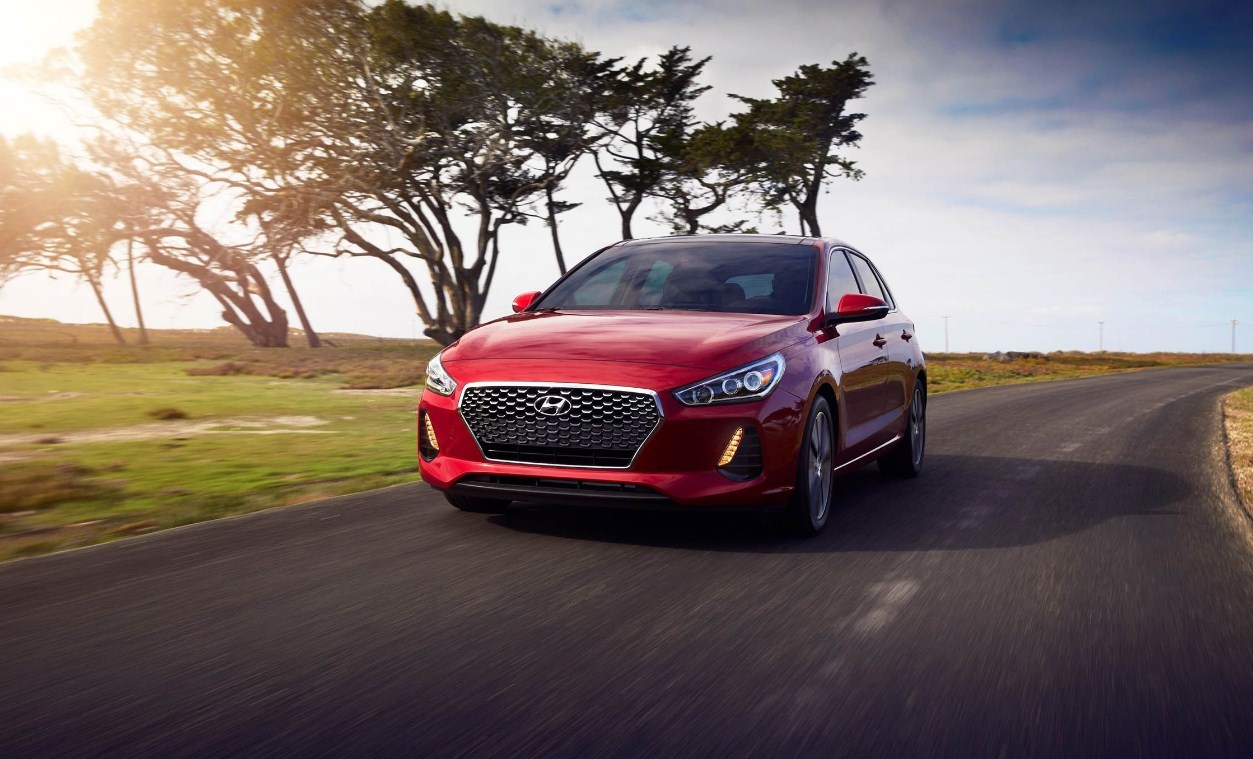 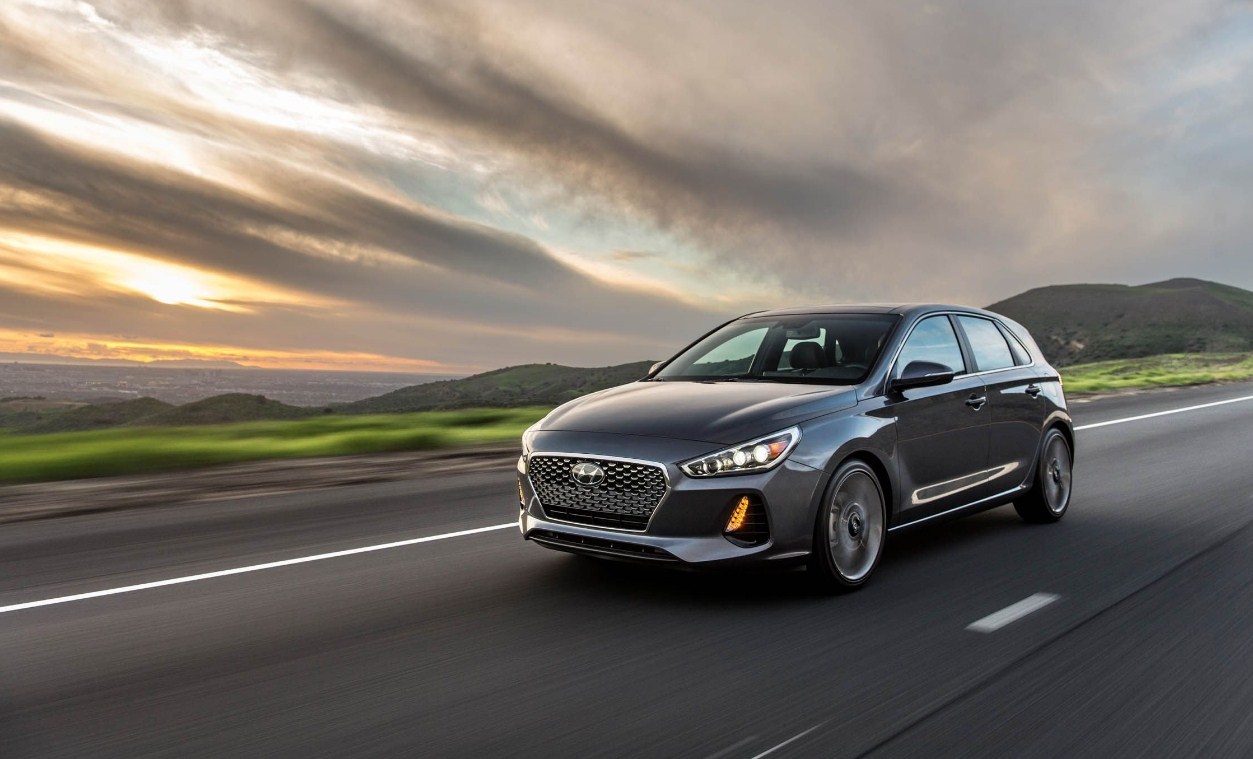 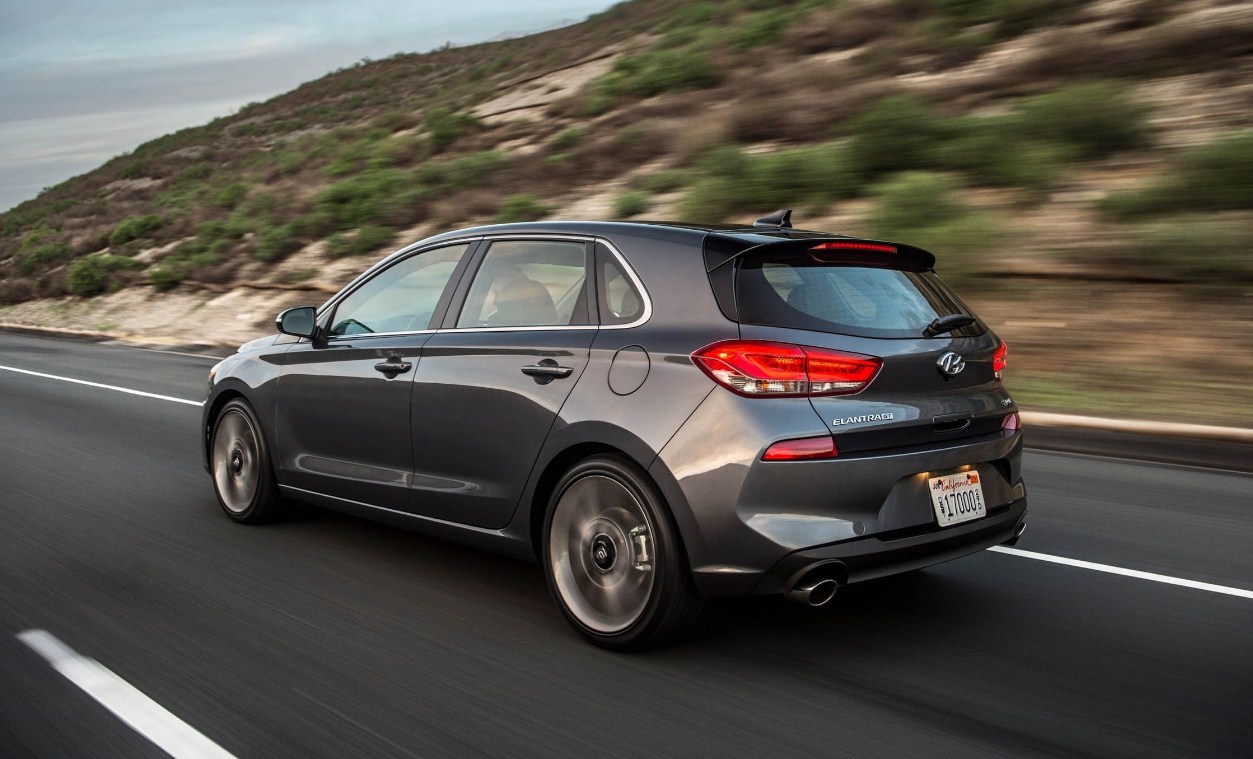 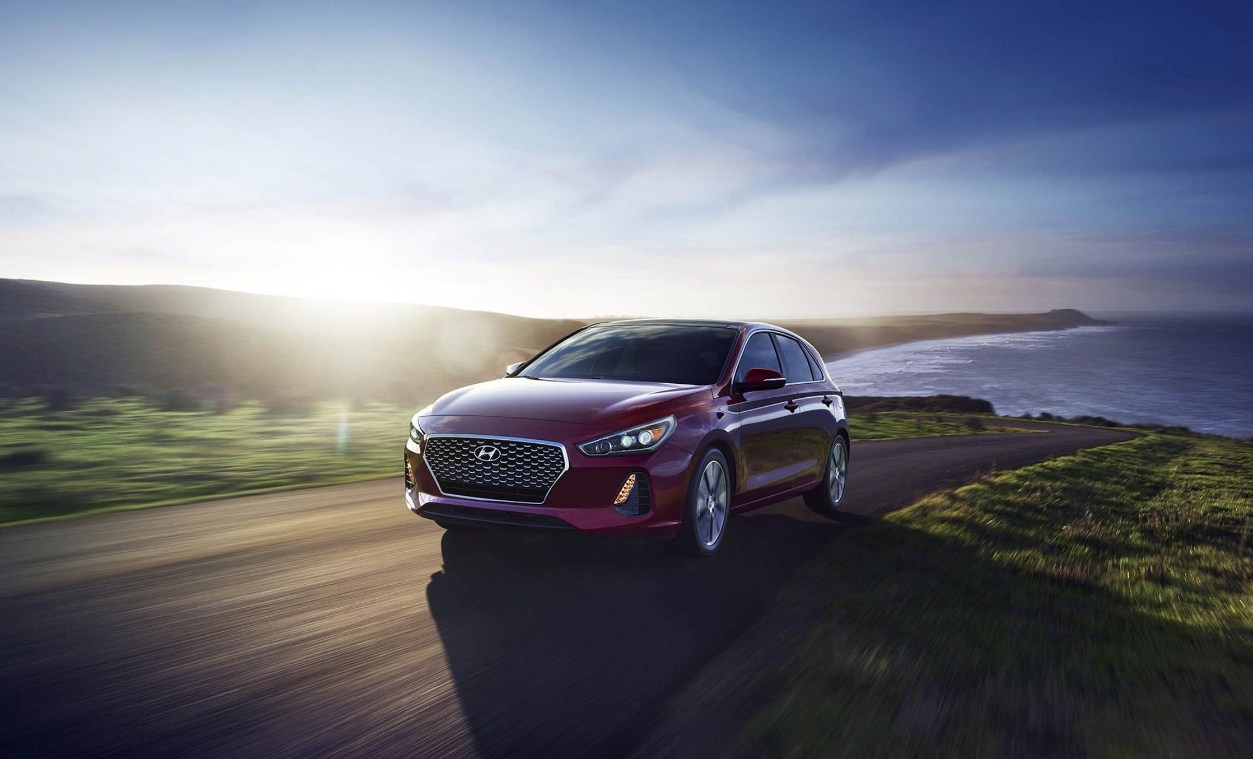 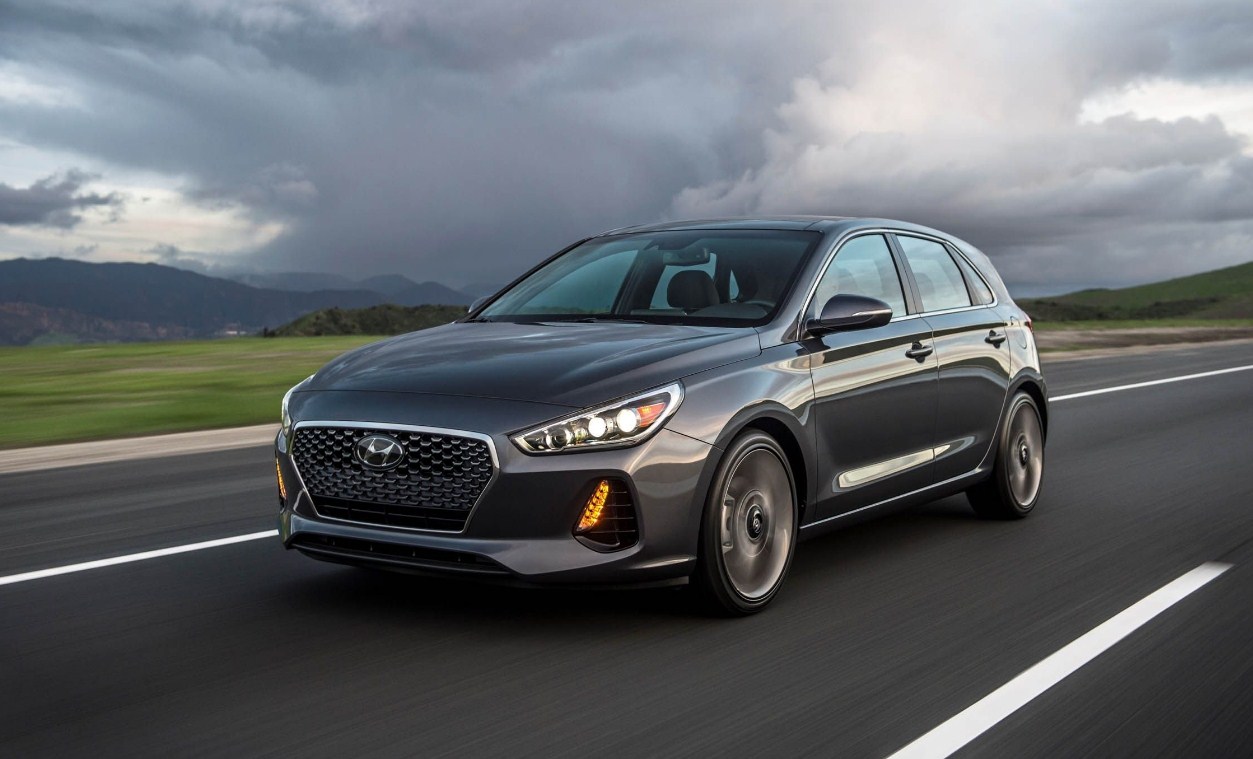 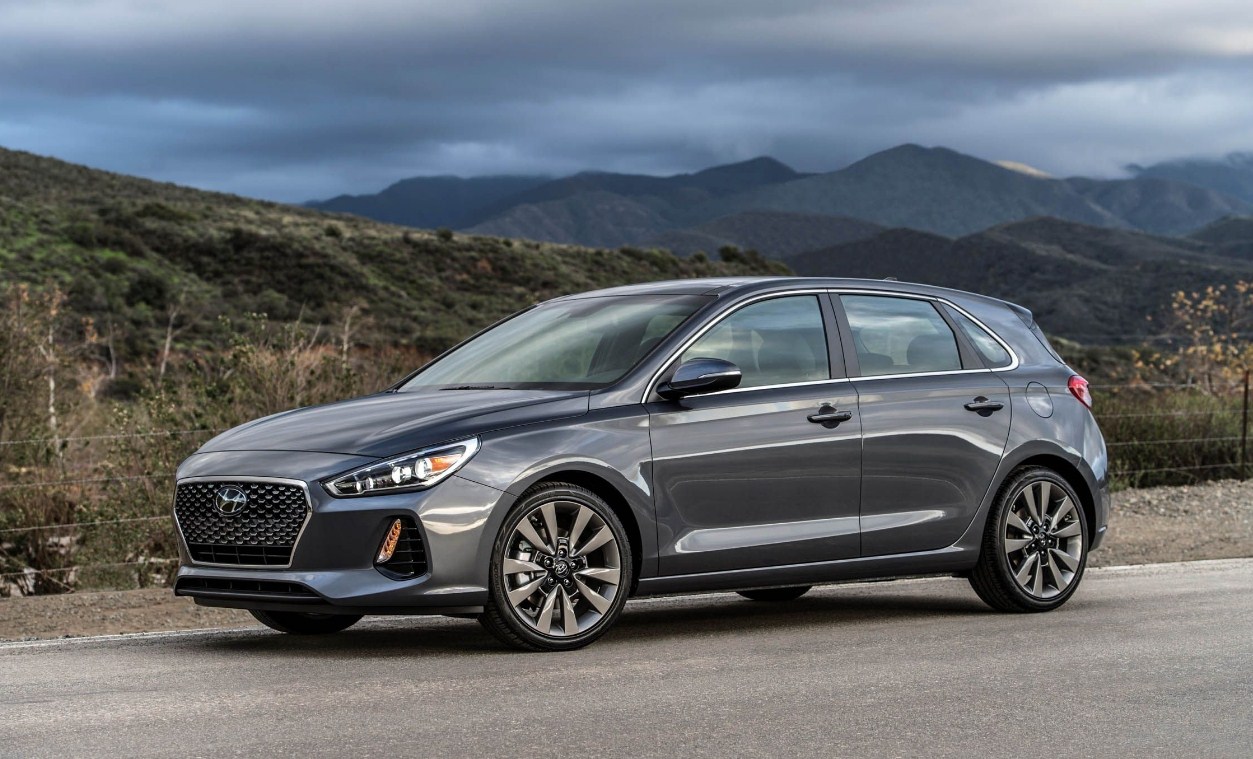 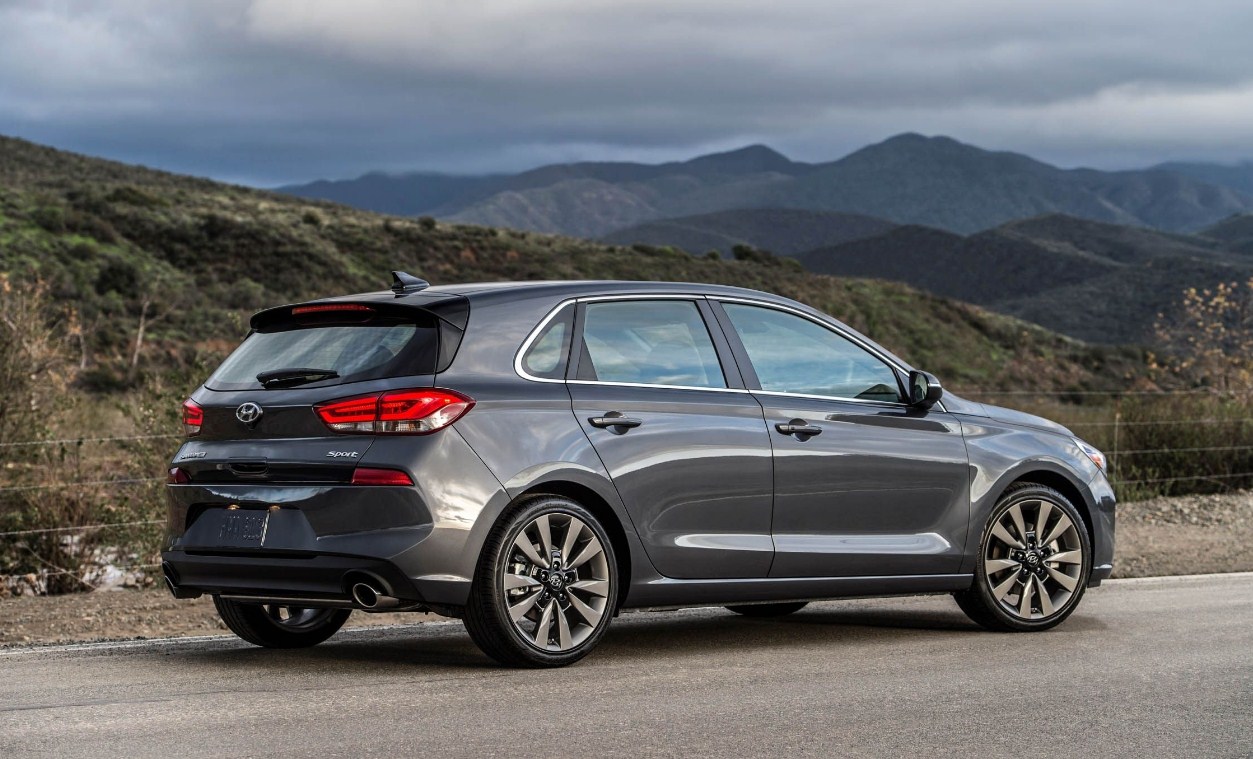