2018 Lexus LS Introduction – The fifth generation of the Lexus LS has been released earlier this year at the North American International Auto Show. Unlike its previous versions, this new model has absolutely nothing in common with its predecessor. It is based on a new platform, it has a new engine, and it looks brand new. The all new aluminum chassis is the same as that of the LC coupe. The frame is significantly stiffer than that of its predecessor, all while being quite a bit lighter. The big change is that Lexus is no longer offering two length versions for the car. Instead, they capped it at one which is nearly as long as the old long wheelbase model all while having a longer wheelbase. This means it should offer more room inside the cabin as well as better on-road characteristics.

The 2018 Lexus LS features a brand new running gear which boasts a fully independent setup. This makes it drive better than before and it fact it feels better than many of its rivals. Lexus is also offering a performance package. This will upgrade the brakes with 6-piston calipers in the front and 4-calipers in the back and also much larger steel floating rotors. All of these will give it the better stopping distance and better handling due to lower unsprung weight. An active steering system also improves the way it drives at high speeds and gives it a smaller turning circle at lower speeds. The price has been changed in order to make the new LS more competitive. The base car starts at over $73,000 with the top end model going for over $80,000. A high-performance version is also expected to be released later down the road, but this will likely cost more than $100,000.

The 2018 Lexus LS boasts a single engine choice, at least for now. A hybrid, as well as a high-performance model, will be added in no time at all. The base model comes with a 3.5 liter twin-turbocharged V6. This unit with 415 horsepower and 442 lb-ft is not exactly what we could call ‘mean machine.’ Despite this, the car is more than capable to keep up and even outrun some of its main rivals. The engine boasts an all-aluminum construction with the turbochargers integrated into the exhaust manifolds. The stroke is also quite long, especially for such a small driving force. Thanks to that it manages to offer a significant amount of thermal efficiency which also makes it quite frugal. The ten-speed automatic will allow the engine to maintain itself at peak torque with ease.

Later down the road, they will also add the hybrid found in the LC coupe. This will combine a naturally aspirated V6 with an electric motor for a total of 354 horsepower. The car will still be rear wheel driven, but the ten speed automatic will be replaced by a more unusual setup sporting a CVT. A high-performance V8 model with north of 600 horsepower has also been rumored for a while now.

It is quite clear where Lexus is going with their new design scheme. The 2018 Lexus LS is quite close regarding looks with its coupe sibling. It boasts the same spindle grille, slim and angled headlights as well as the lowered hood. Even though this is a four-door luxury sedan, Lexus decided to give it a coupe-like roofline. The optional F-Sport package will add new 20 inch rims, carbon fiber inserts as well as new front and rear bumpers with a more aggressive design.

The interior of the 2018 Lexus LS is quite impressive, particularly as it is a luxury sedan. The dashboard is quite sporty-looking being slightly angled towards the driver. There is a minimal amount of buttons in order to keep it as clean as possible. However, the intricate pattern and the unusual cowl over the center stack certainly gives it a unique look. The optional F-Sport package will add a few upgrades over the base model. This will come with a new upholstery with a combination of real leather and suede. Also, the regular aluminum gets replaced by blacked out brushed aluminum which will make it feel sportier compared to the previous installment. Te rest of the cabin remains identical to the common version though. 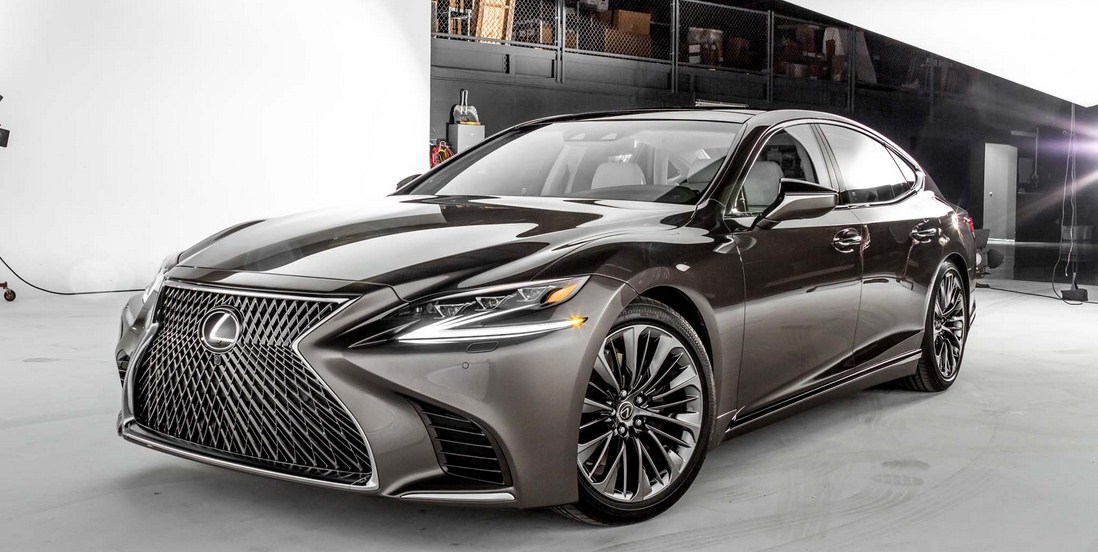 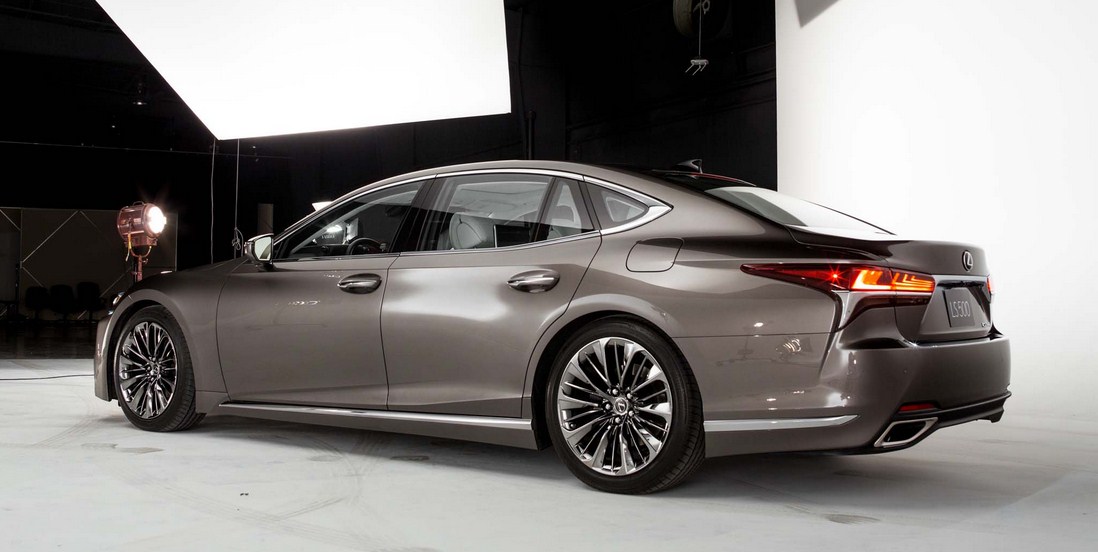 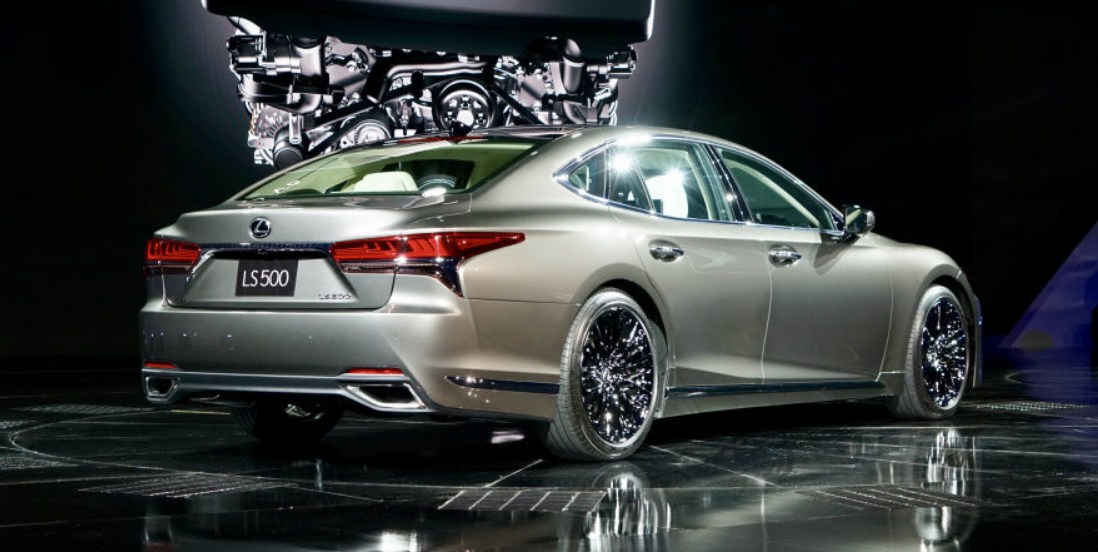 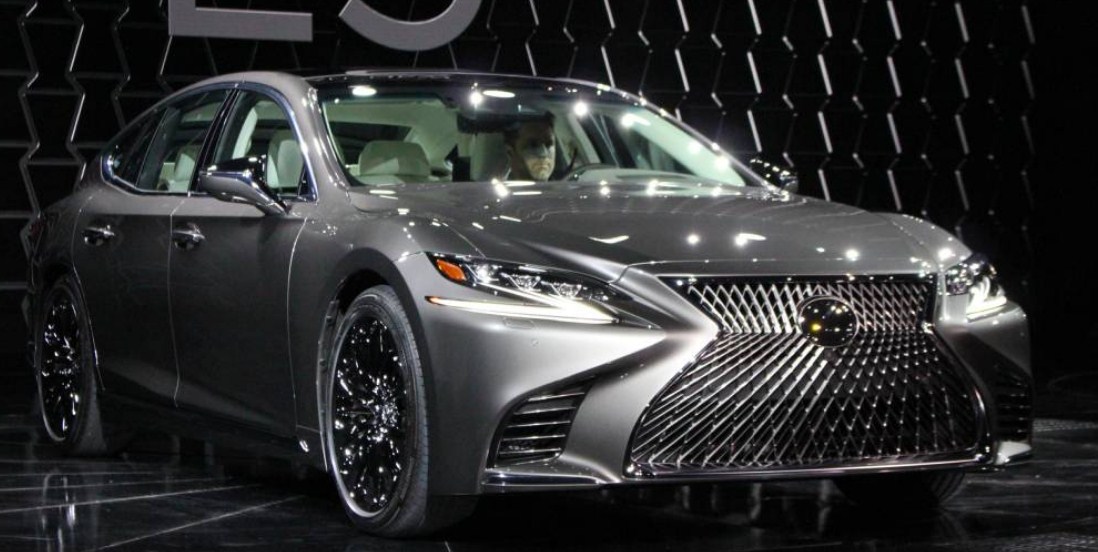 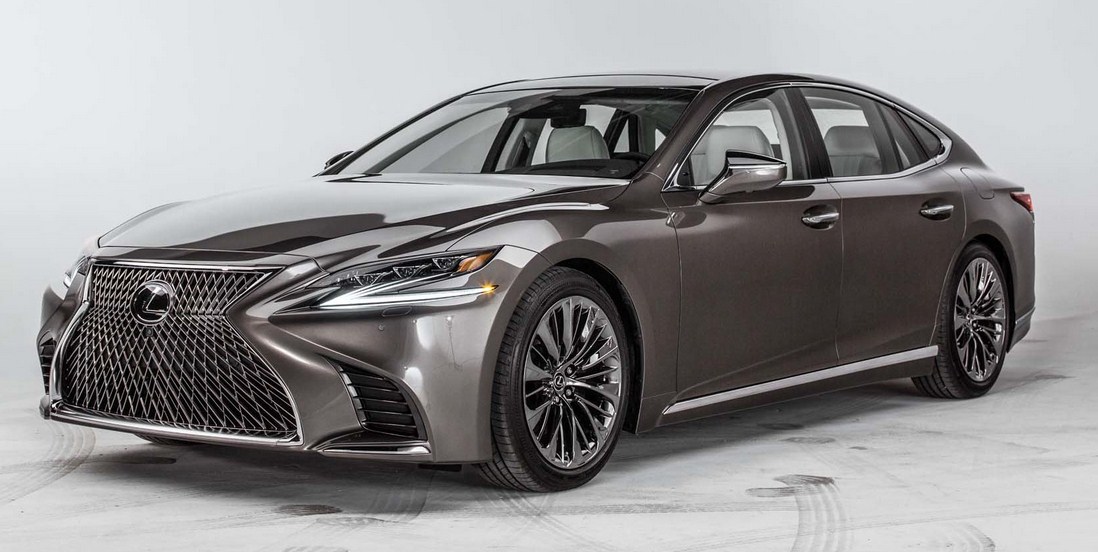