2019 Ford Ranger Raptor- Real Raptor’s offspring!
There is plenty to love about Ford if you pay close enough attention to its products.

From flat-plane crankshaft giving life to 5.2-liter naturally fed V8 found under the bonnet of Shelby Mustang GT350 and GT350R, to pushrod suspension of GT model.
Let’s not even start about what’s all good on F-150 Raptor… Anyway, this is not all as “blue oval” obviously have tendencies to decorate hoods and grilles of many interesting things, so go ahead and pick your favorites. But, and there is always but, there are two big things going very, very wrong with the Ford at this moment.
One is a lack of mid-size truck; other is a lack of “hot” mid-size truck.

Full-size trucks are deeply embedded into the US’s conscience, and their presence could be endangered only if Americans suddenly start to suffer from extinction. Mid-size trucks are completely different story. The whole segment went under big question when buyers started heavily deserting it, which caused Ford to shut down Ranger, Dodge to abandon Dakota, and GM to axe Colorado and Canyon.
Japanese trio sustained the crisis, and biggest gainer turns out to be the Tacoma with pretty neat sales figures lately (almost 200k last year). That caused GM to gather its senses quickly, and three years ago its double offer was properly revived. So, smaller trucks are gaining momentum and creator of absolute sales king of the whole truck world just shouldn’t stand aside.

It is not just that mid-size trucks are once again wanted goods, their spiced up iterations are objects of our cravings. Fast, unbeatable by nature, and angry looking things act as relics of ultimate manliness, and a poster of Tacoma TRD Pro might as well decorate the boy’s room wall next to Aventador without looking silly.
Ok, well, the poster might sound out of place these days, it should be rather desktop wallpaper or screensaver, but you’ve got the picture right. Nothing less counts for Colorado ZR2 with Formula 1’s dampers… Both of them appear silly next to Ford’s Raptor, and it is not just about different segment affiliation as we thought the same about Ram Runner. This all left us mourning about Ford’s absence from the mid-size game…

All this ordeal could be solved by one move, and fortunately for all of us, it appears that it will. The resurrection of Ranger is officially promised, and spy shots are showing test mules with beefed up fenders, chunky off-road tires and notched front bumper reveal that something in shape of 2019 Ford Ranger Raptor is also under development.
Expect next year Ford back into the lower truck game, but also with something for highest part of it. Also anticipate more affordable entry ticket to wanders of Baja, for at least $10k, which would be in line with rivals priced at $40k.

We are all under sweet torment not knowing almost anything about it, leaving us to guessing, though reasonable one. F-150 Raptor stays the “big daddy,” so expecting the same twin-turbocharged 3.5-liter V6 is boosting 450 hp is unreasonable thinking.
Though “normal daddy,” one without the wild side, could lend 2.7-liter twin-turbo V6 producing 325 hp, which in the case of smaller 2019 Ford Ranger Raptor might as well appear wild enough. In any case, 325 hp figure tops one from Colorado ZR2 and especially one offered by Tacoma TRD Pro.

Still, power is not the main thing here as both Chevy and Toyota doesn’t boost it for mentioned special version, but off-road enhancing stuff is. Tuned suspension, presumably with Fox Racing Shocks, cleverly tuned LSD, lockers, extra height, huge skid plates, serious tires and similar is what you take with you when the battle with nature is imminent.
Only thing that could ruin all is possibility that pictured test mules are just being treated with purely cosmetic package as FX4 is for example, but let’s not spoil the day…

There are a lot of good news surrounding this vehicle, but there are also bad ones. Well, at least one. The thing that bothers us is the release date of 2019 Ford Ranger Raptor.
Regular Ranger IS scheduled for debut in January on 2018 NAIAS. Raptor will have to wait for another few months. Why? Well, the performance version of any vehicle comes after standard installment. Why? We don’t know, the rules are written by someone else. Anyway, with 2019 Ranger hitting the dealerships in early spring, you can expect summer or even autumn introduction for Raptor. Yes, it seems like an entire lifetime, but it’s good to know that it’s finally coming. If you buy one before the 2018 ends, let us know. We would love to hear the first impression of world’s best mid-size performance truck owner. 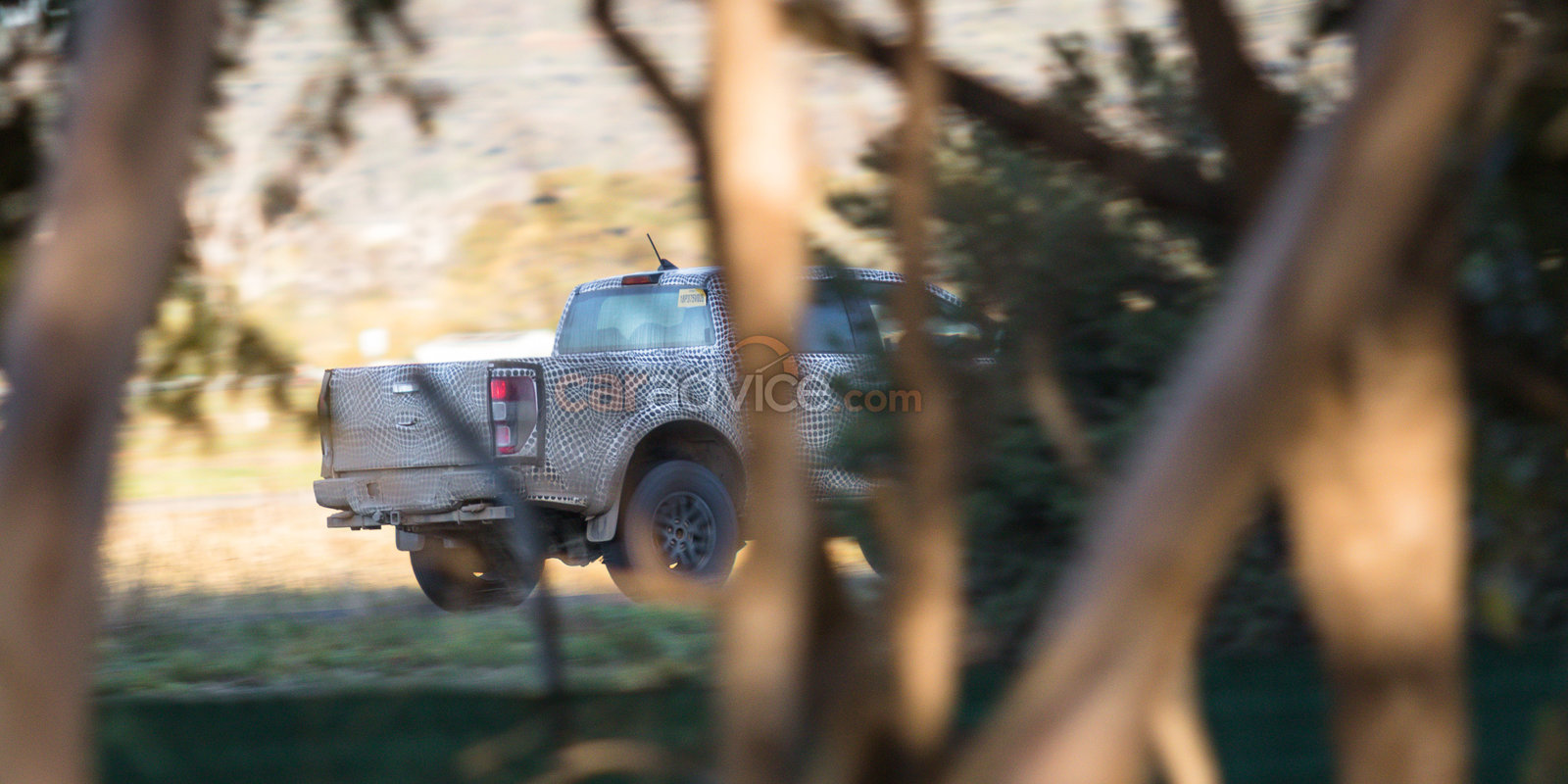 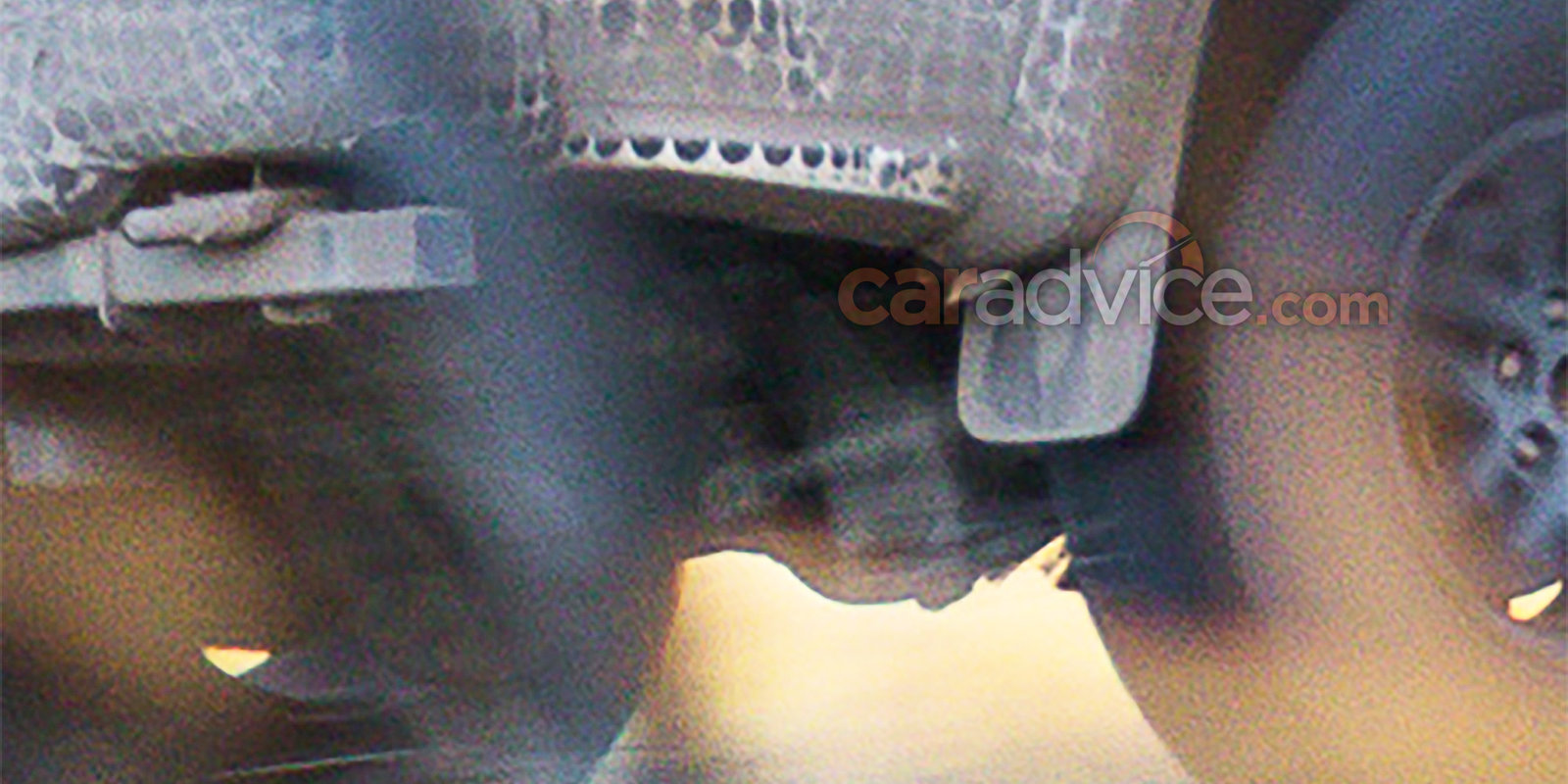 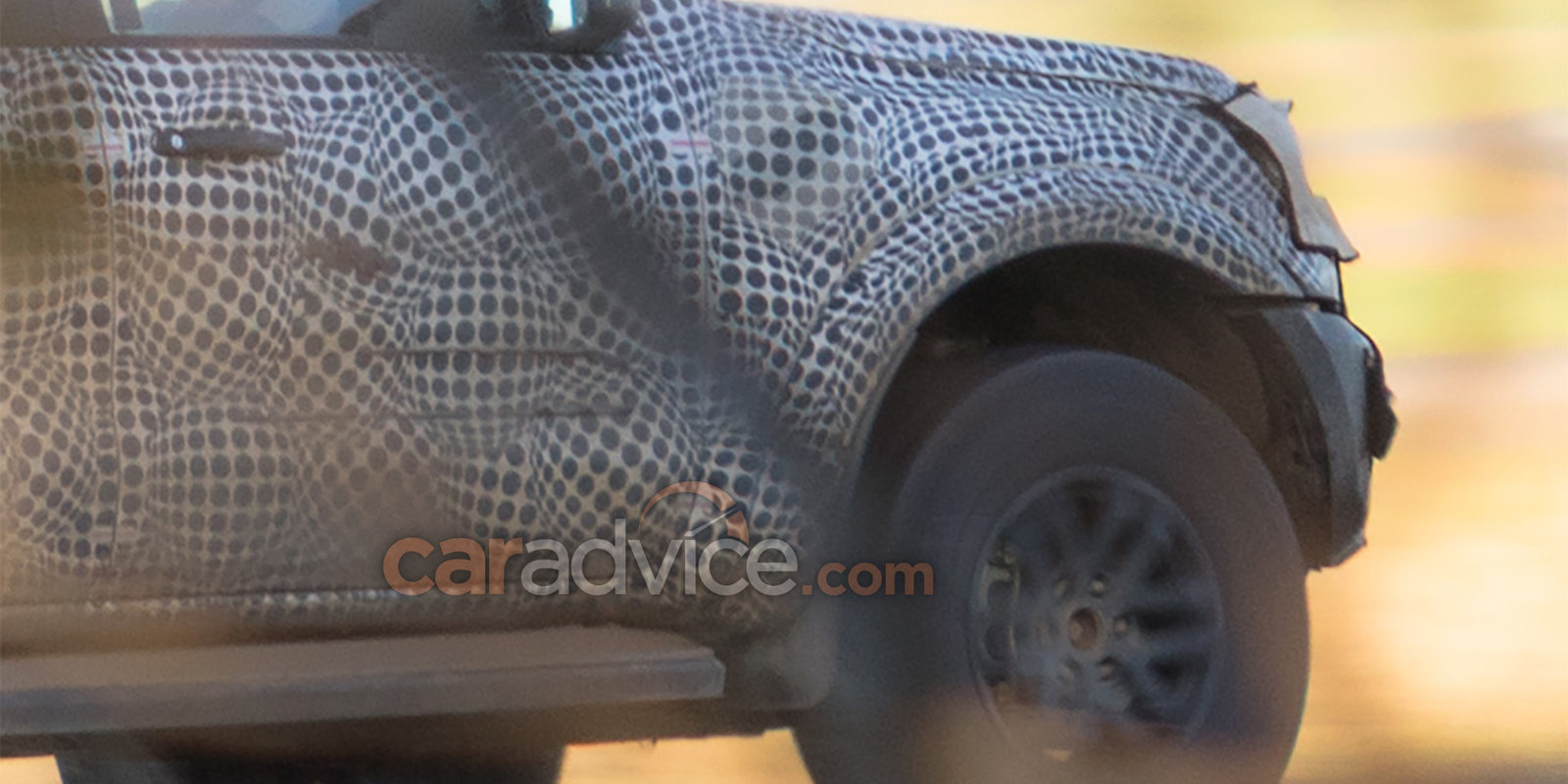 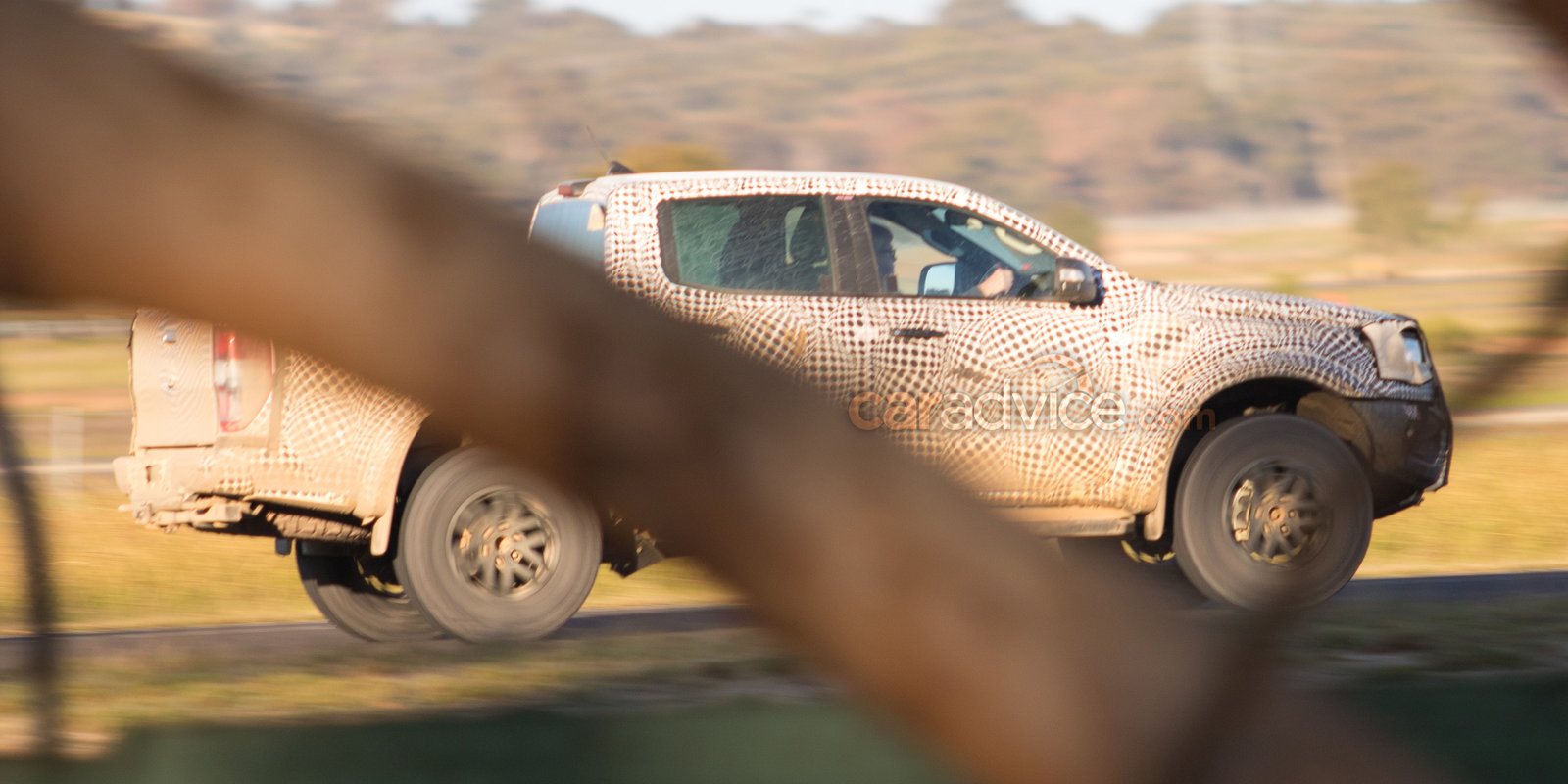 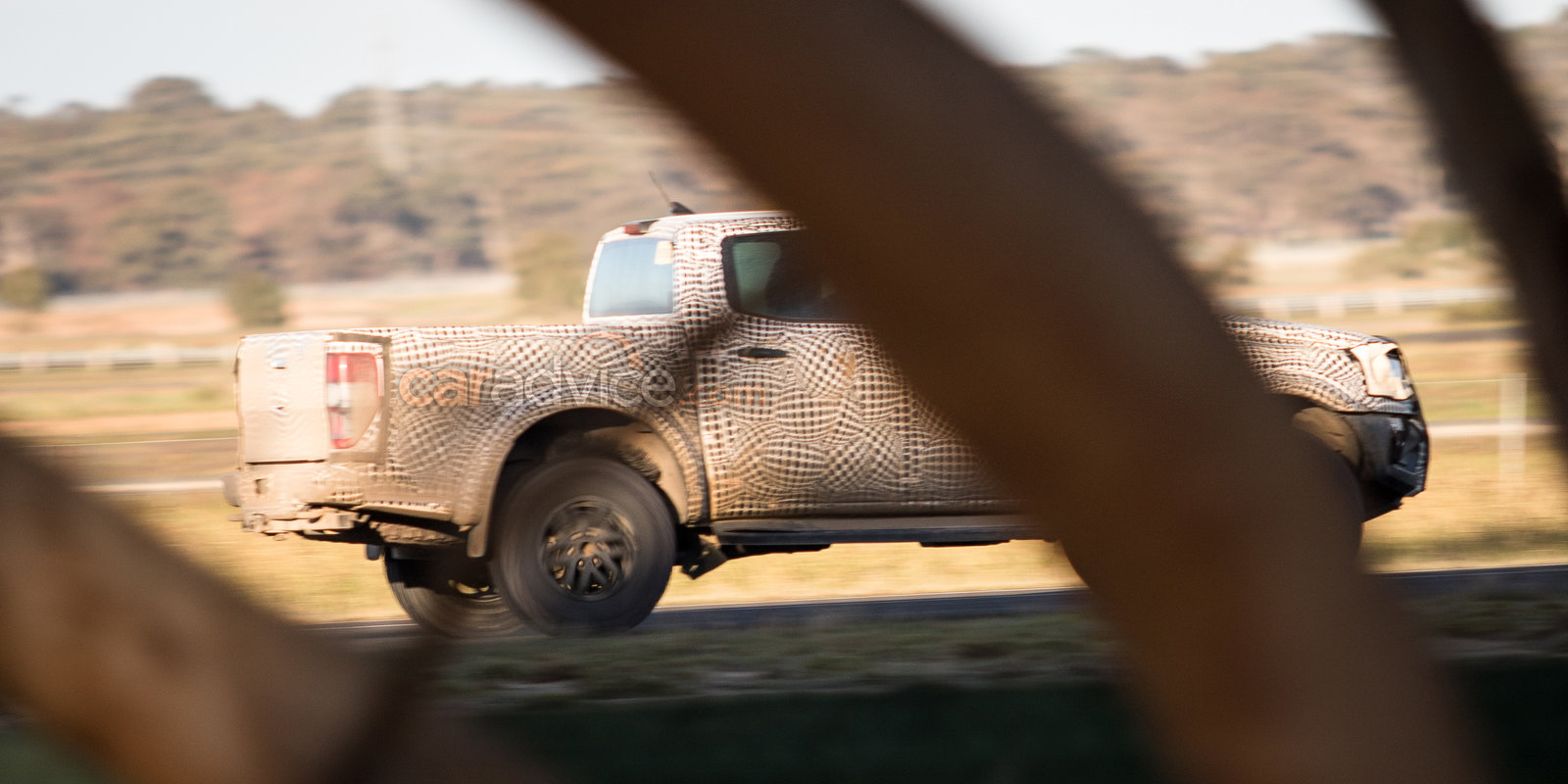 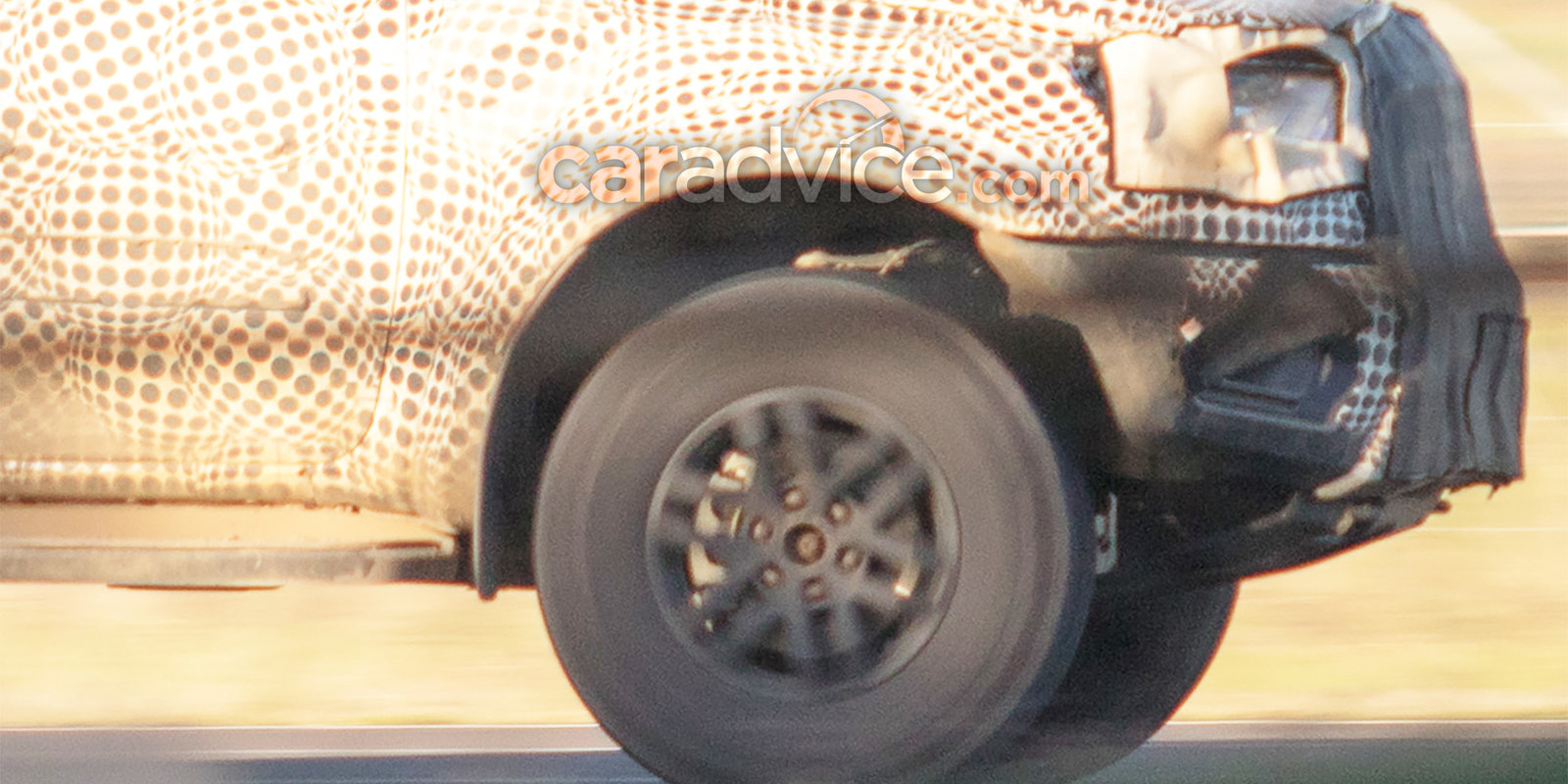 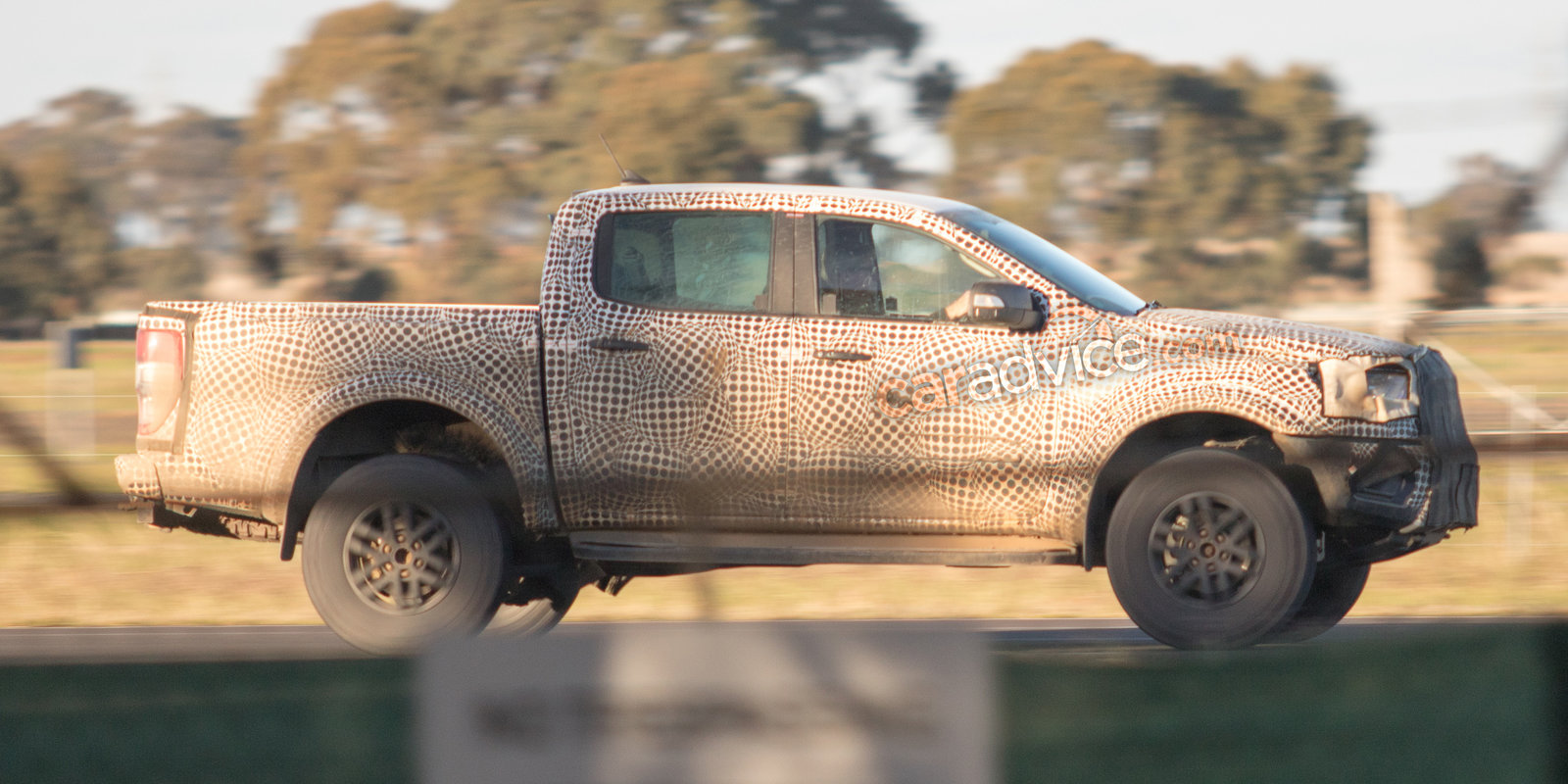