2019 Honda Insight – Giving it another go! Having two decades of market presence for certain car model is nothing special. If that model is a hybrid, we are talking about full blown pedigree here. That is how much “princess” of the alternative propulsion (Prius) is with us, also bearing a crown as the first mass produced a hybrid in the world. If somebody told you that being first isn’t all that is, check with Honda Insight’s thoughts about the subject. It only arrived two years after the Prius, while it even arrived on US’s shores half a year before a glorified Toyota, and yet it stayed in its shadow forever.

The second generation even ditched overly futuristic styling approach and opt for Prius’s recipe, which is still far from usual, but it turned out to no avail. Best annual sales figure that Insight reached was in the realm of 20,000, while Prius adds another zero there and a little bit more.

We could start in that manner if we want to justify Honda’s decision to euthanize Insight in 2014. Sales were dropping close to the end, and mentioned decision appeared as perfectly merciful. For the same reason, CR-Z, another hybrid borrowing same platform, went to oblivion too. These days Japanese car maker openly shares its ambitious visions of electrified future. Thus we have a revival of some old stories seem to fit there naturally. That’s how we slowly came to the idea of 2019 Honda Insight.

But What About Clarity?

Yes, Honda has Clarity, which besides devouring hydrogen and dieting only on electricity, also come as a plug-in hybrid. Insight is a regular hybrid and further more when it was available it was cheapest one in the US. Clarity is much bigger, certainly more luxurious (by a great margin), hence a lot more expensive. Those two doesn’t collide at all. The reason? Recently Hyundai decided to poke the “princess” directly in the eye, and Honda didn’t miss the chance of trying the same all over again. Just this time, let’s hope they do it right.

Avoid the Past, Please

New Insight 2019 should avoid the mistakes of the past. If we take into account how many were of them, it would be better for Japanese to start from scratch. First of all, the decision to go with relatively simple hybrid setup hasn’t obviously paid off. Yes, Insight was cheaper by around two grand from Prius, but that evidently took its toll on inferior mpg figures. MPG is “THE THING” with any dedicated hybrid out there.

In fact, Honda’s electric engine almost couldn’t work by itself, and the constant rumble of internal combustion mill probably collided with “green” thoughts of its owners. Available interior space was also subordinate to Toyota’s, although it has one thing that we never objected. Insight was good to drive (for a hybrid) back then, while Prius learned that craft just recently. That dear Honda, feel free to keep.

So, how do we know that 2019 Honda Insight is a real deal? Well, certain pictures of “mutilated” City model circled the Internet. Why mutilated? Because small-ish City allegedly had to incorporate upcoming bigger Insight’s architecture. This forcefully caused swelling of some body parts and misalignment of certain panel gaps.

That also means that we are far from its debut, hence so little certain facts about it. At best, don’t expect it before final months of 2018, perhaps even later. As for price? We could only guess, but if Honda preserved former delight of undercutting Prius, it shouldn’t rise above $24,000. 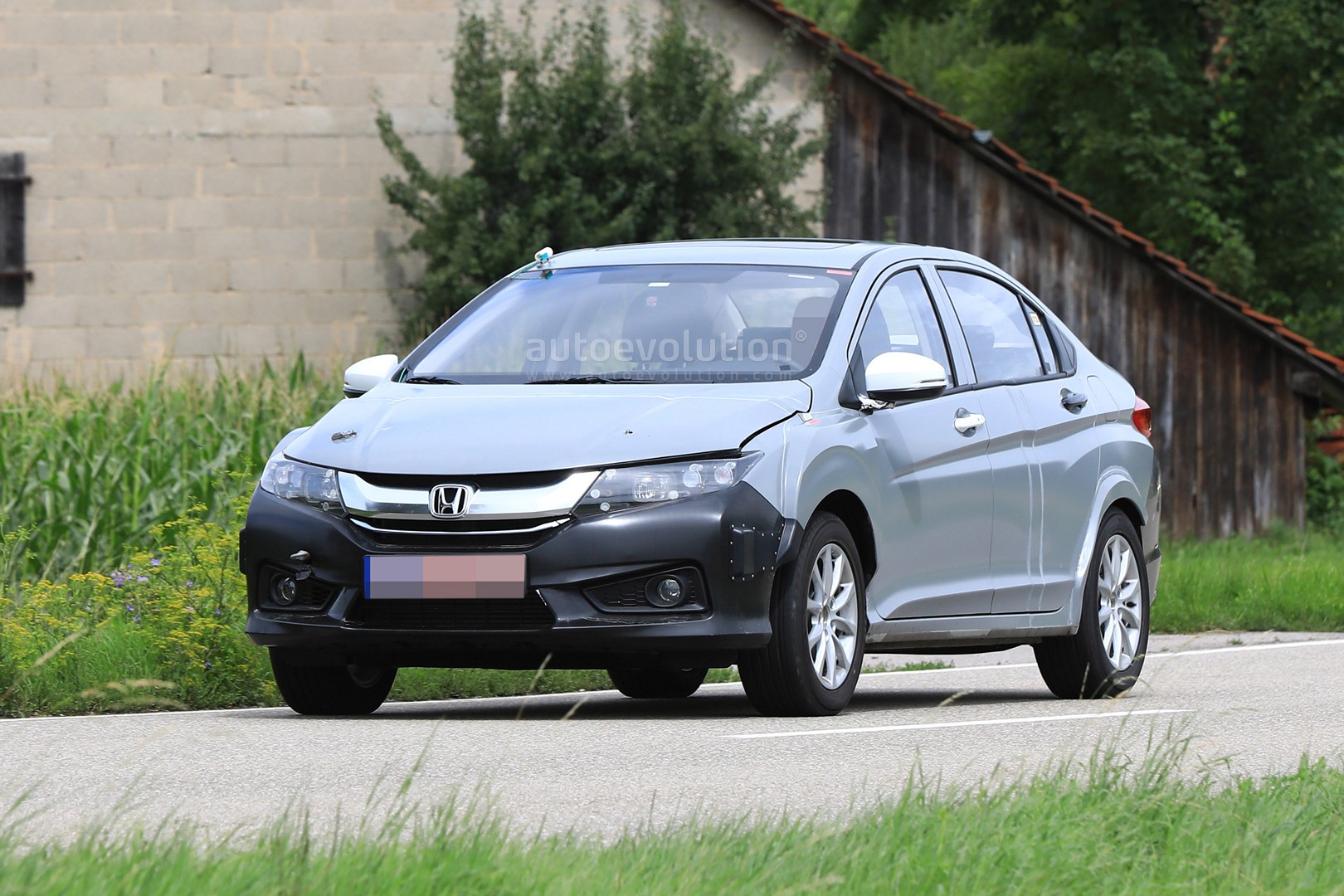 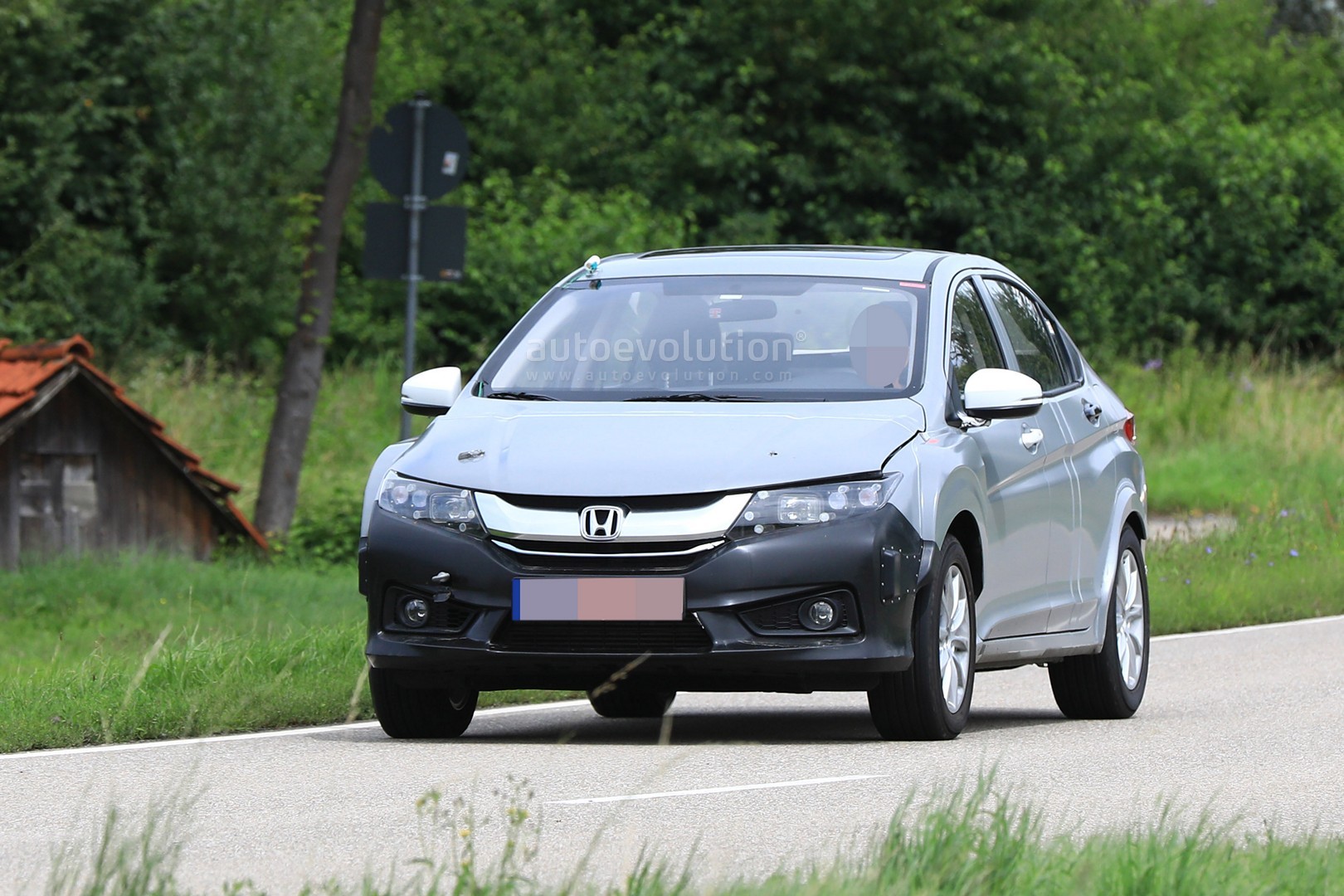 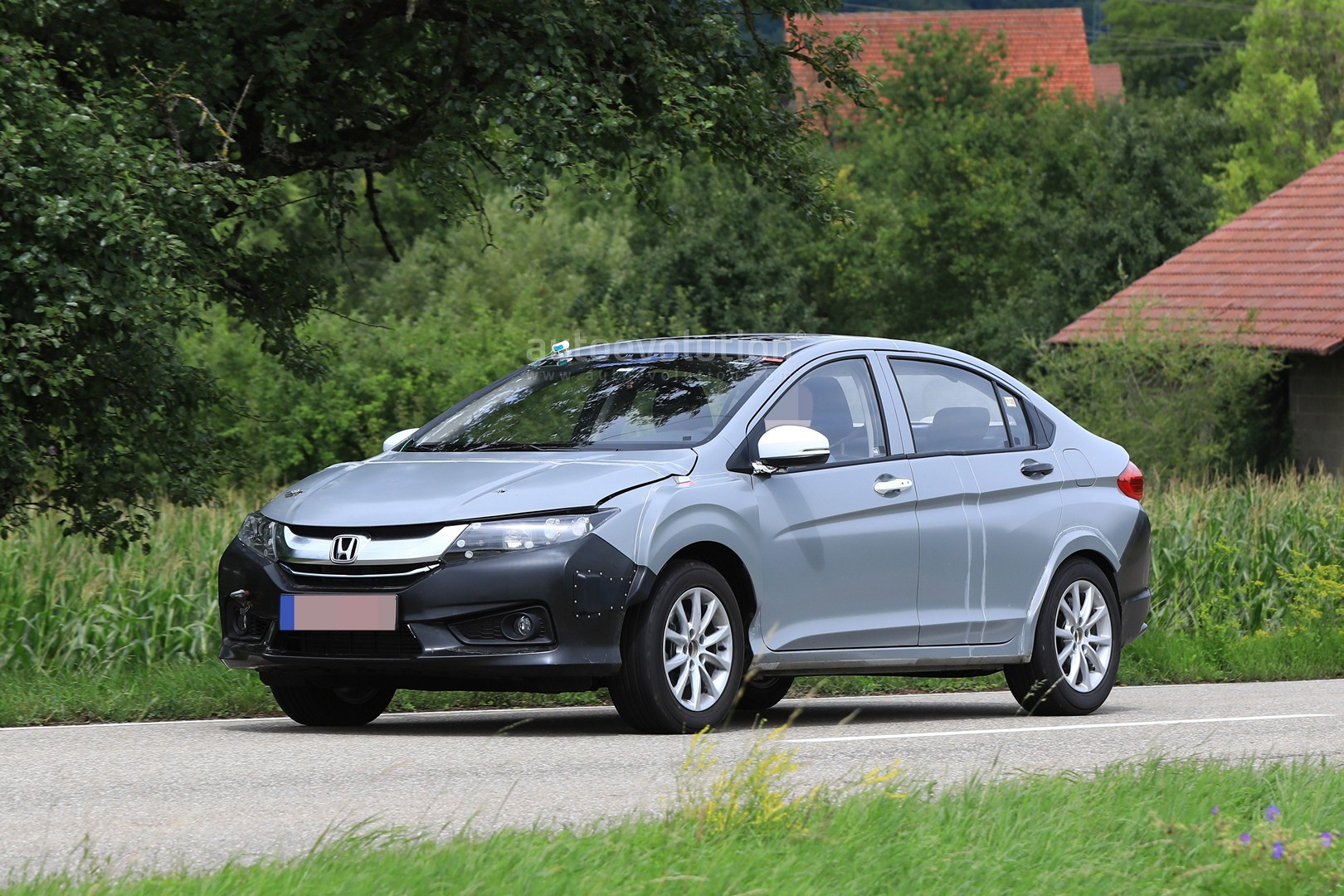 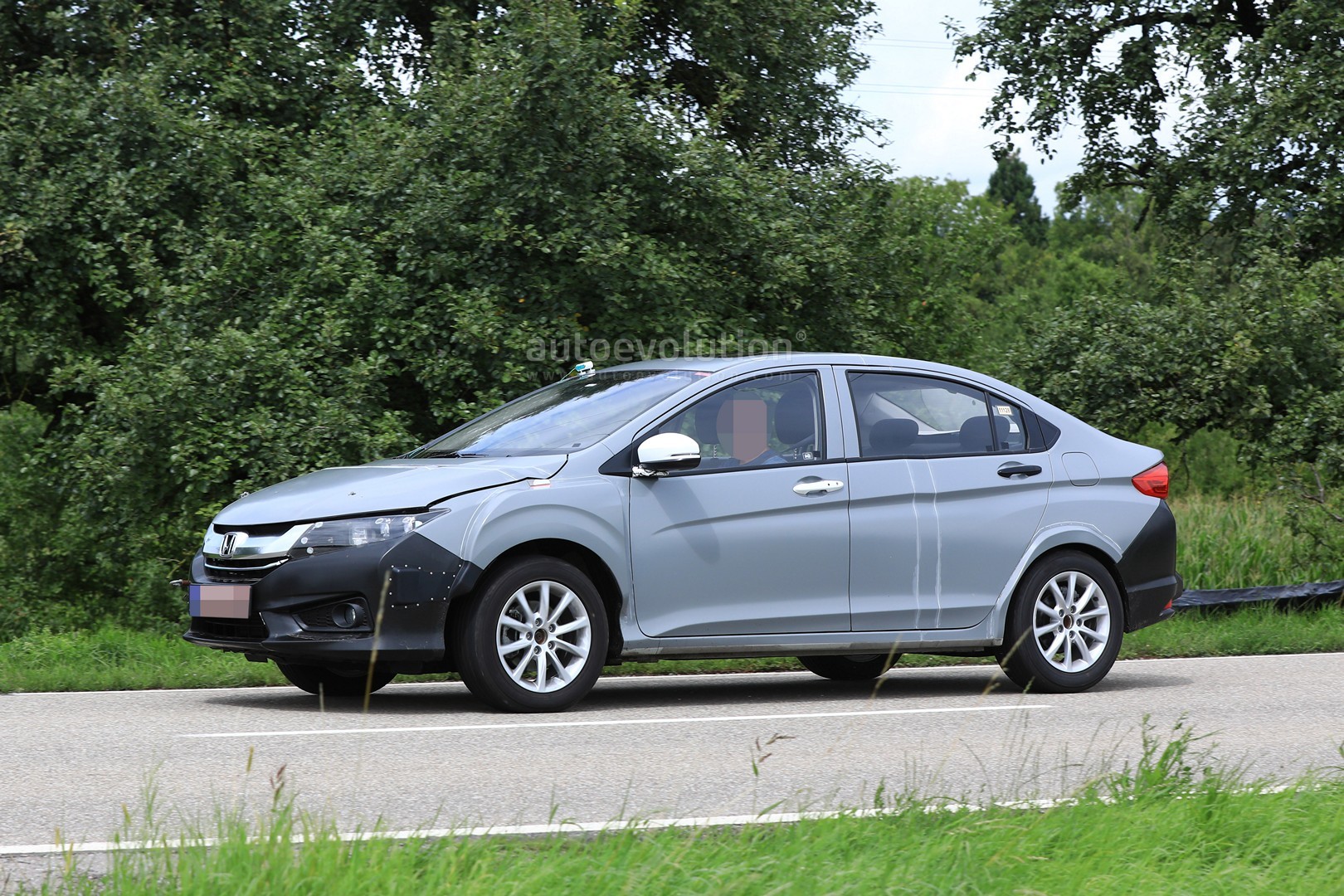 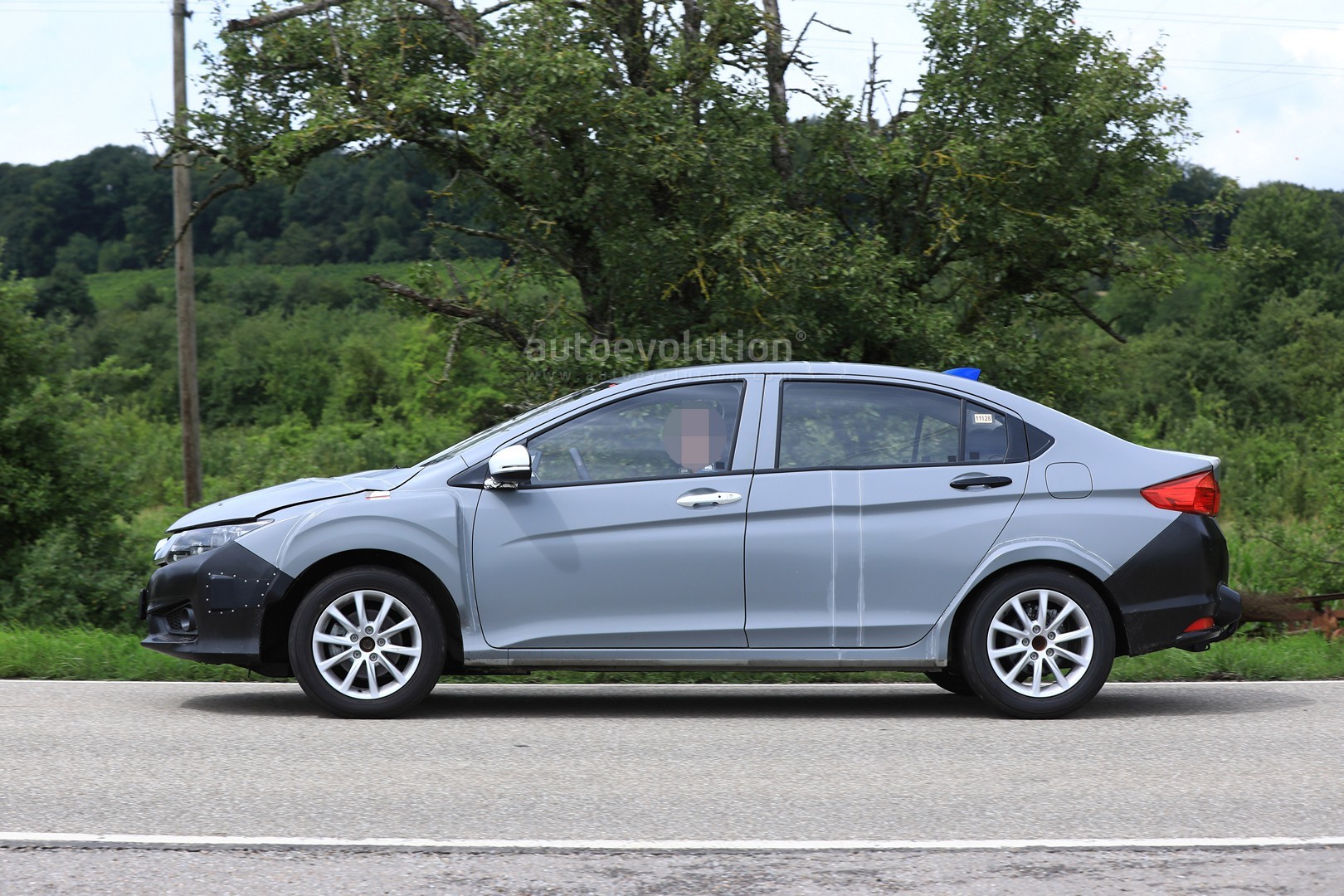 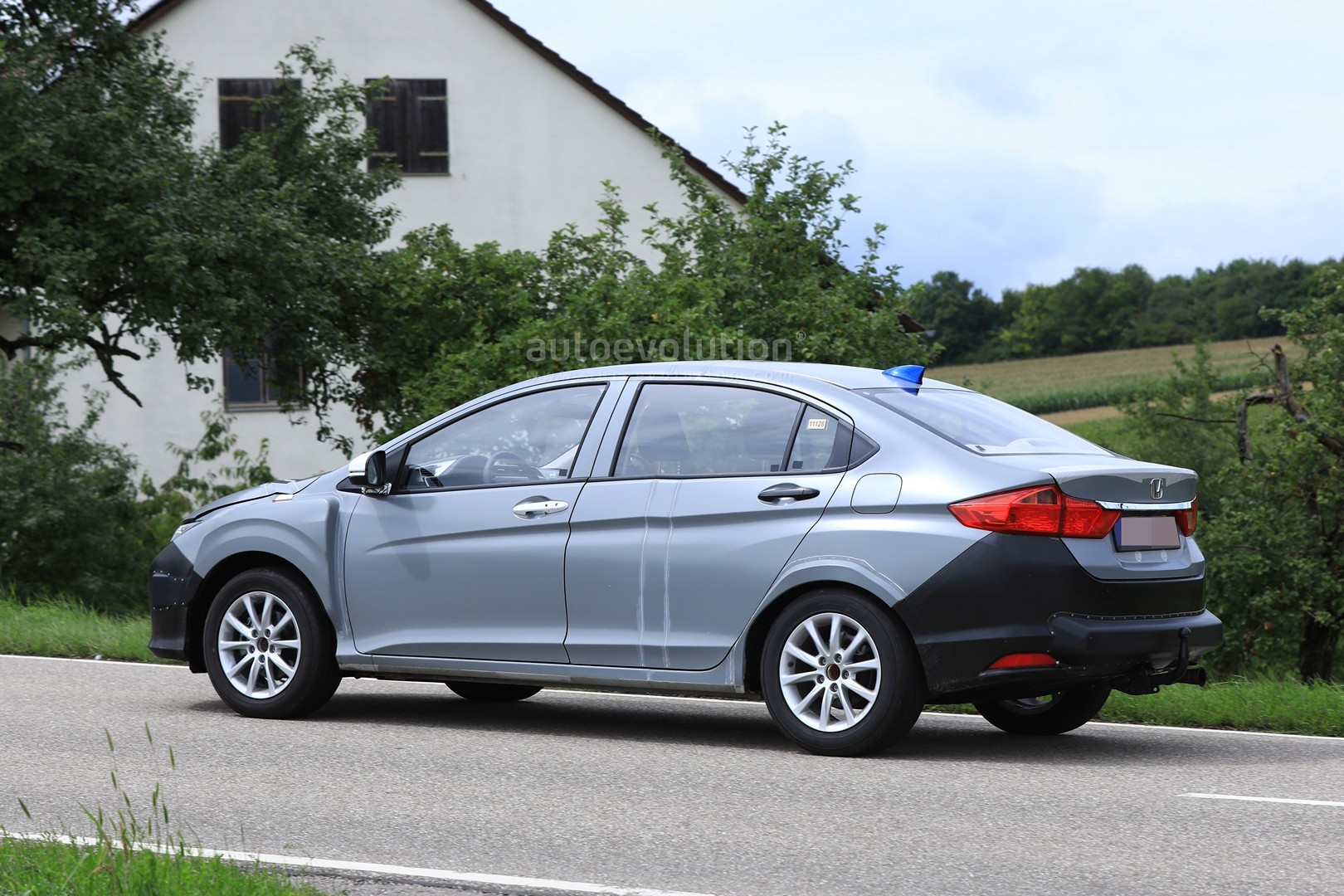 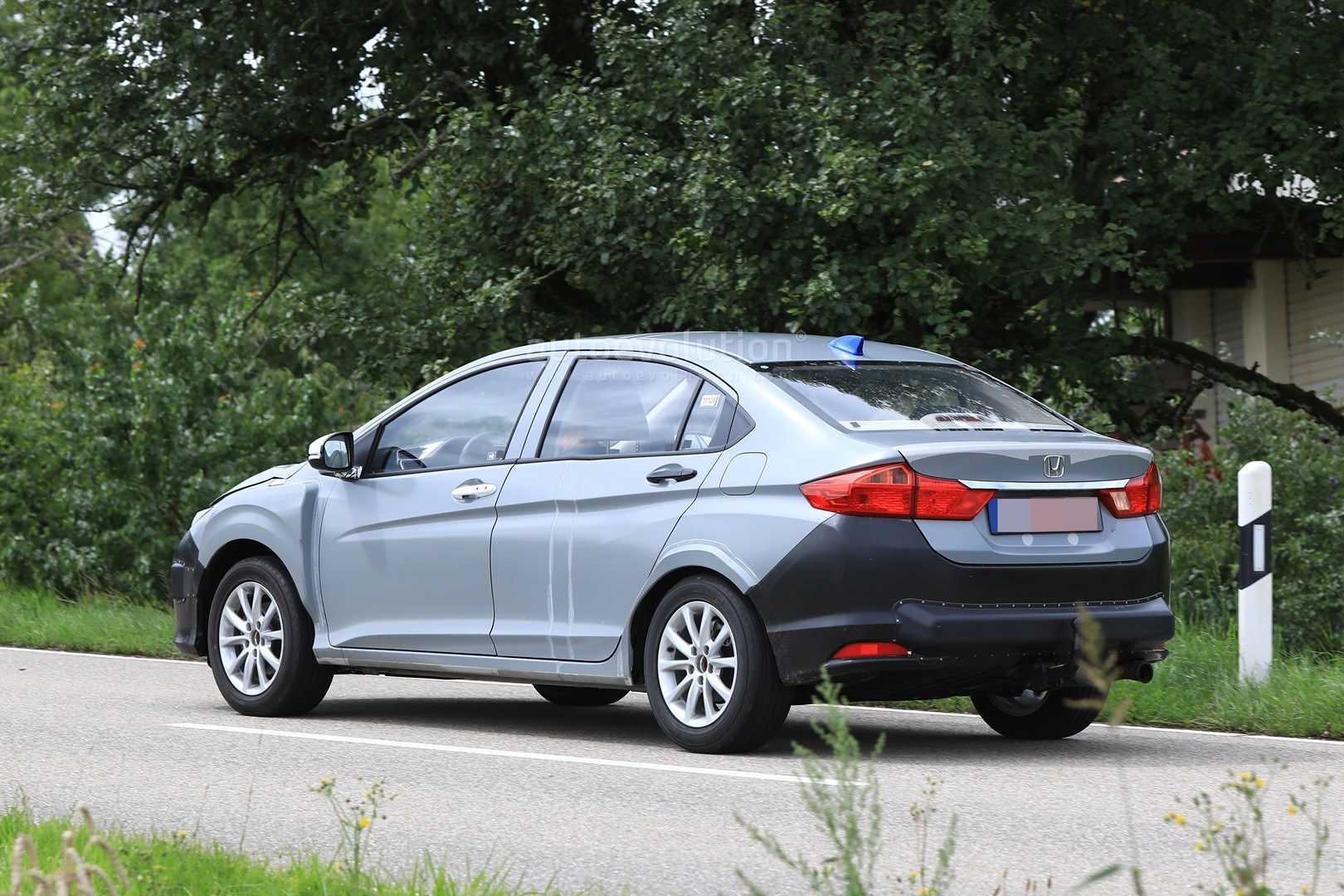 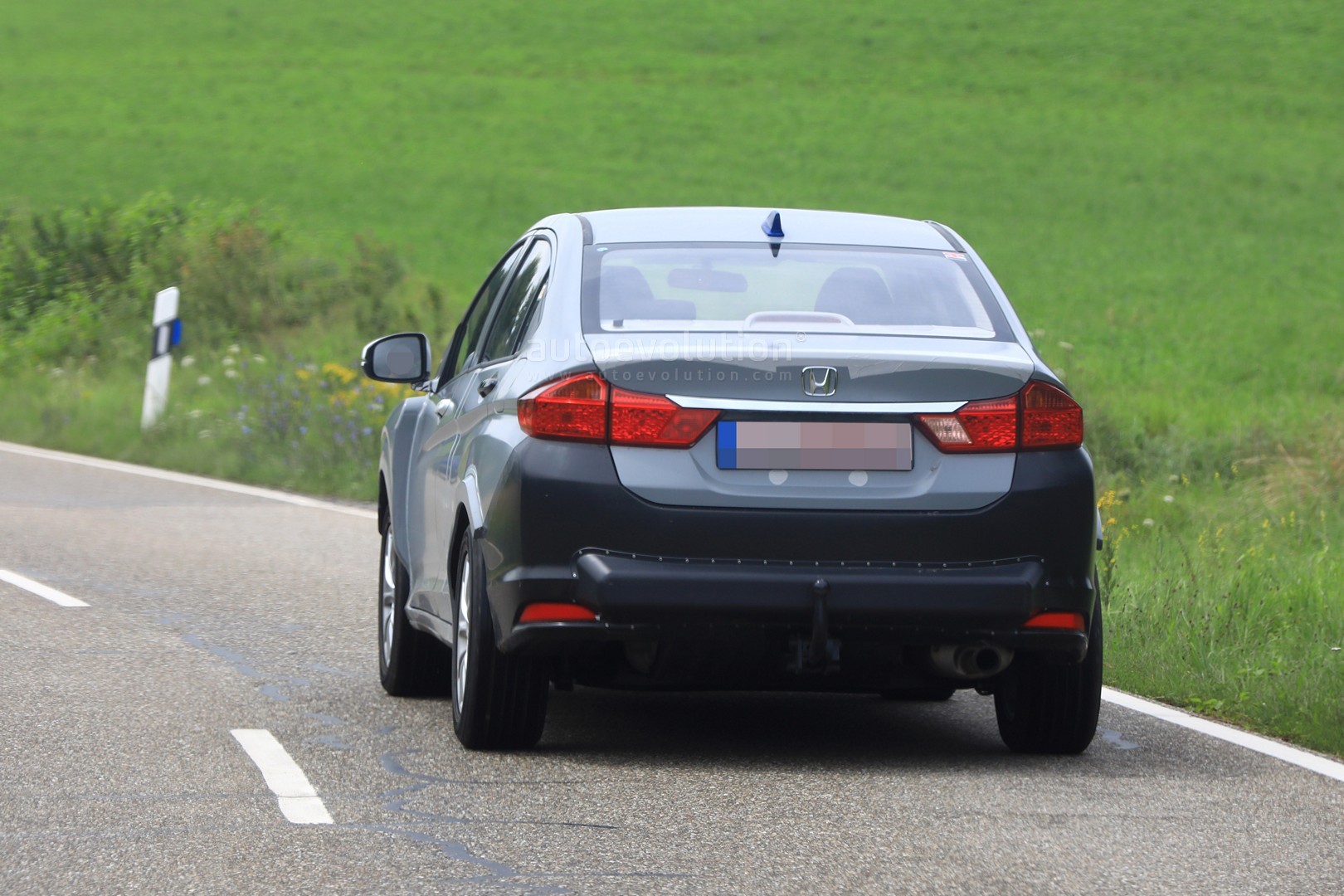 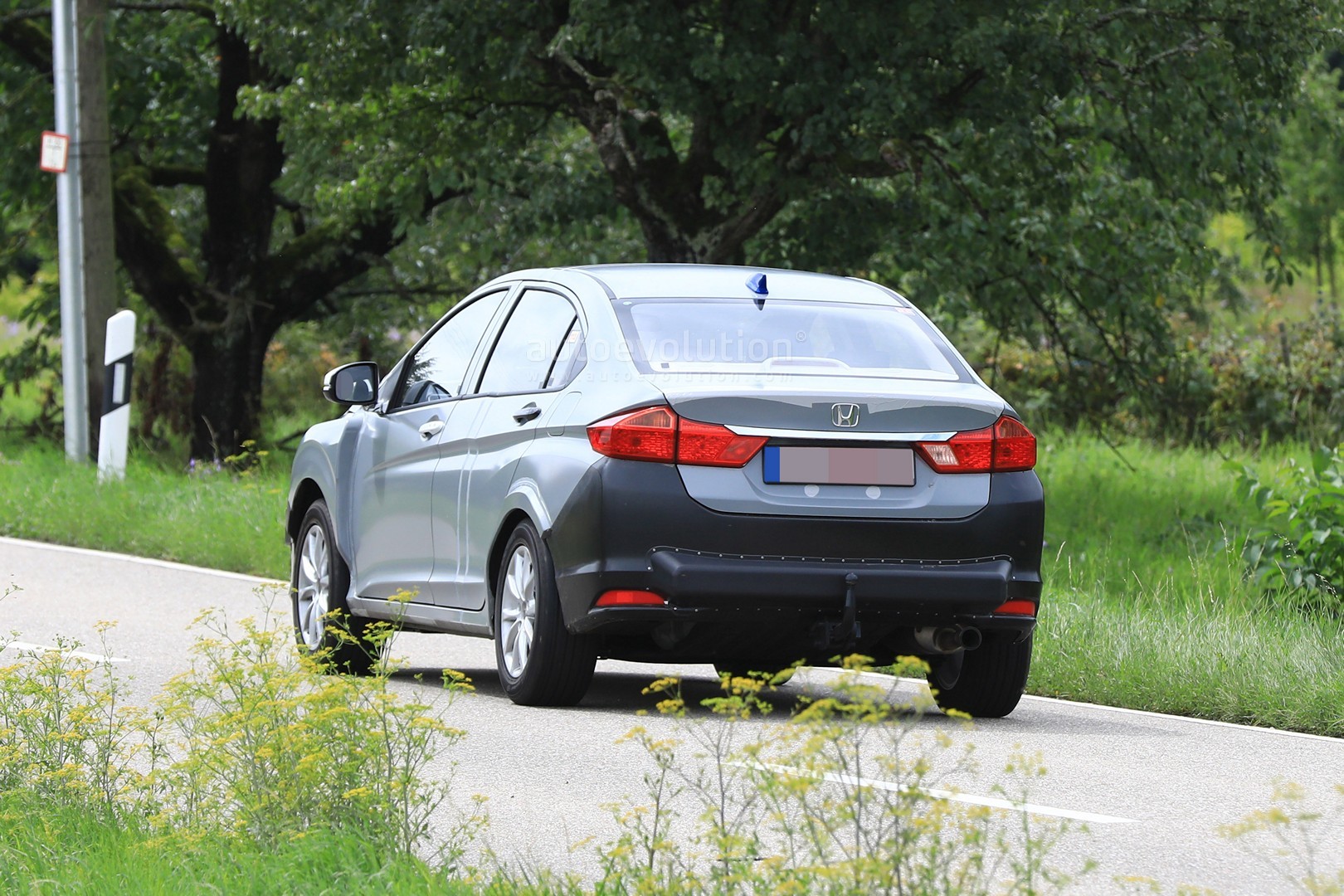 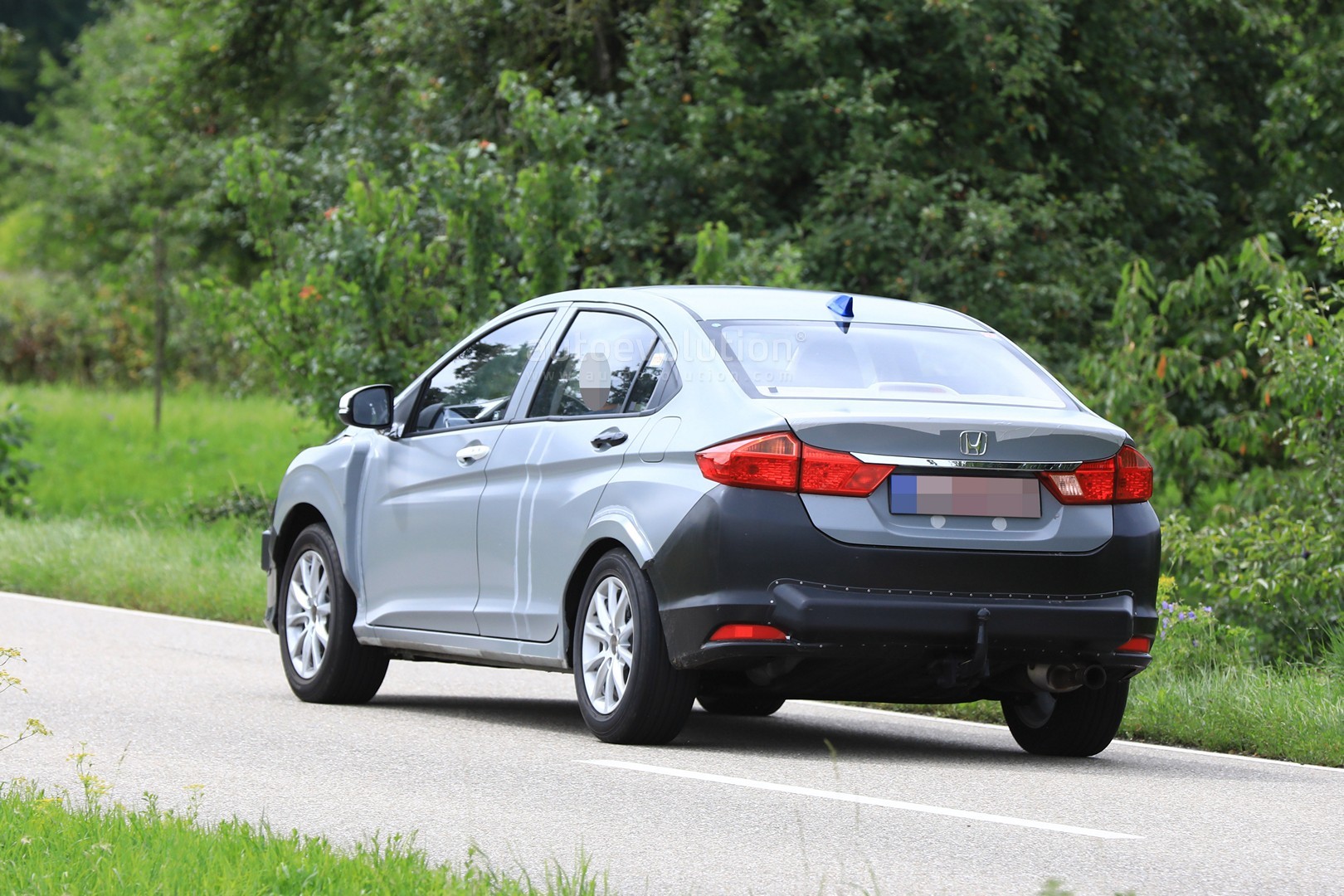