Now that BMW released a new 5-Series they are going to release a new M5 as well. Even though the car has been showcased to a few journalists, nobody actually managed to see how the finished product looks. They also kept the output of the upcoming 2018 BMW M5 a secret which is an interesting tactic coming from BMW. It seems the new model will be more powerful, it will come with more features than its predecessor, and it should be considerably faster as well. Even though the details are still scarce at this point, there are a few interesting known facts about it. For starters, the new car will be with up to 140 pounds lighter than its predecessor. While it may not sound impressive, it is. Why? Well, the new M5 will be all-wheel drive, so the fact they managed to lose weight while adding four wheel drive is very impressive. This is mostly thanks to the car’s new CLAR architecture which makes heavier use of aluminum and carbon fiber. The result is a stiffer chassis which is also considerably lighter.

BMW decided to keep quiet about the car’s reveal, but it seems the new M5 will more than likely be revealed in Frankfurt in September. The price will be announced closer to its release. However, considering all the upgrades it will receive, it is safe to assume the new car will cost well over $96,000. In fact, some suggested the 2018 BMW M5 could become one of BMW’s most expensive cars to date.

So far the cabin of the 2018 M5 hasn’t been completely revealed. Even the car meant for testing had its dashboard covered by tape in order to hide all the unique features about it. However, there have been a few interesting quirks confirmed so far. For starters, BMW’s iDrive system will be different for the M5. Because the car will feature four-wheel drive, it seems the driver will be able to choose, via the iDrive interface, one of three modes. The car will provide 4WD, 4WD Sport as well as 2WD which is very interesting. This likely means there won’t be a rear wheel drive version of the M5 which would be a huge step forward for them. On top of the different iDrive software, the car is set to receive unique seats in the front as well as a different upholstery. So far it seems it may offer Blue stitching as standard with the higher end versions being fully customizable.

Even though the 2018 BMW M5 has only been seen with camouflage, the car’s finished design has been leaked a couple of days back. This happened on the cover of the newest NFS game which showcases a blue M5 that seems to be the upcoming model. In the front, it is similar to BMW’s 550i, but it definitely gets a more aggressive bumper and different headlights. The car’s rear end is still under cover, but we would bet it is quite similar to that of its predecessor. A quad-exhaust system, a large diffuser, and even a boot-mounted subtle wing should be standard across the range.

The 2018 BMW M5 will more than likely feature the same 4.4-liter S63 engine as before. While we would have loved to see a new powertrain, it seems BMW wants to keep it simple. The twin-turbocharged V8 will make over 600 horsepower, likely 615, on the base version of the M5. The car will be offered only with an automatic gearbox and all-wheel drive as standard. This will allow it to hit 60 MPH in just 3.5 seconds, quite a bit faster than its predecessor. So far it seems a rear wheel drive model or even a manual-equipped car are unlikely. This might change in the future, but until then this is likely going to be the only available M5.

The engine will be tweaked to provide close to 550 lb-ft of torque. It seems a higher performance version of the car with north of 615 horsepower could be offered at a later date. Both models should be more than capable of achieving north of 155 MPH and likely closer to 200 MPH for the unlimited versions of the M5. 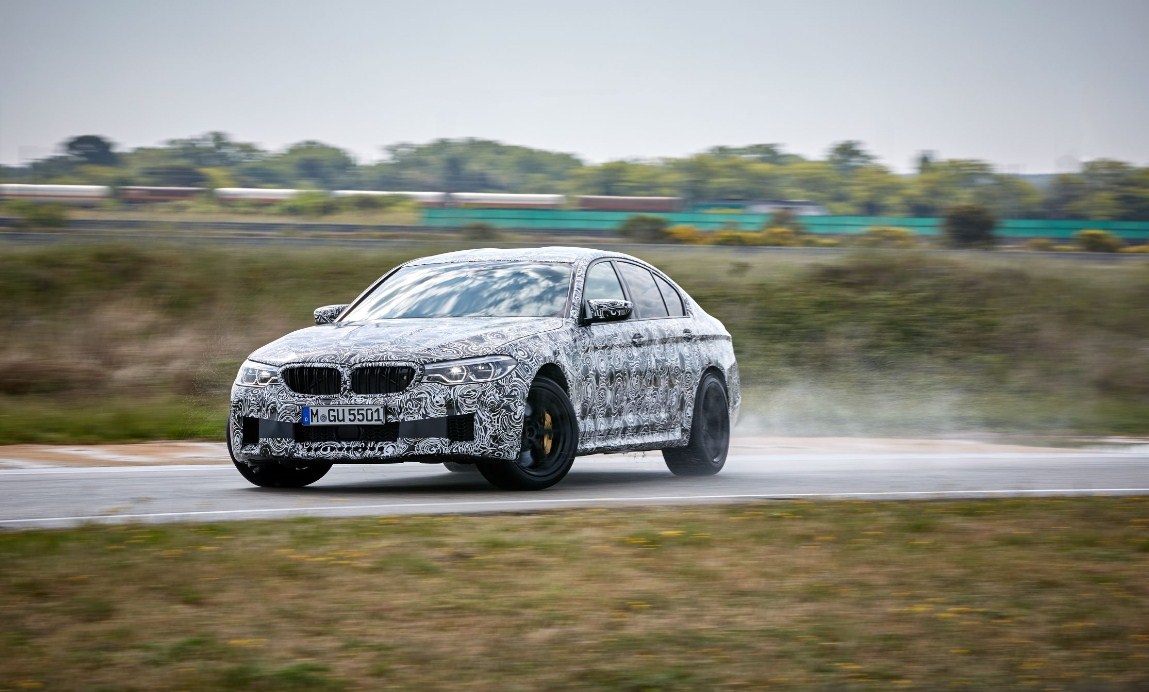 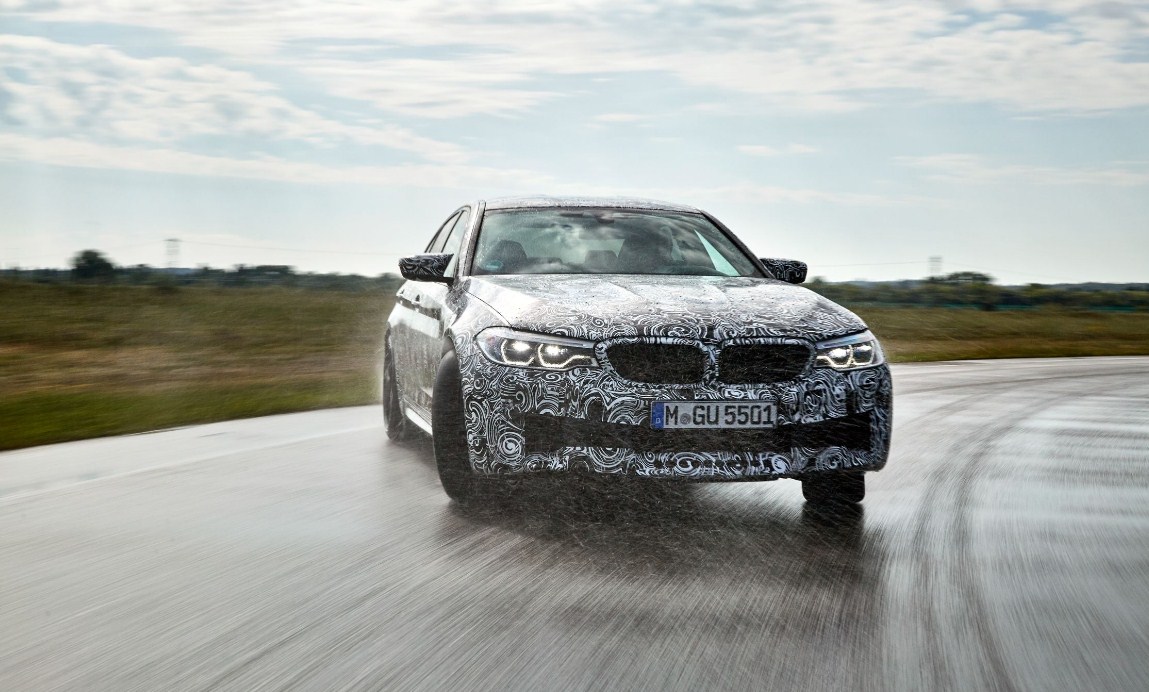 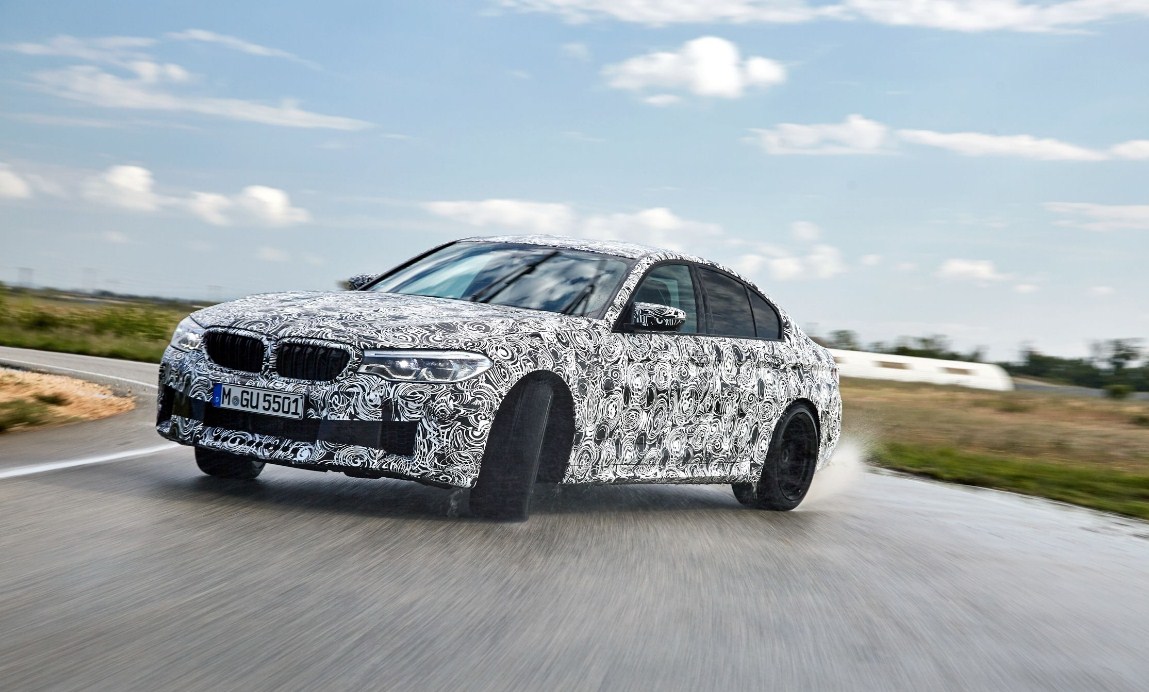 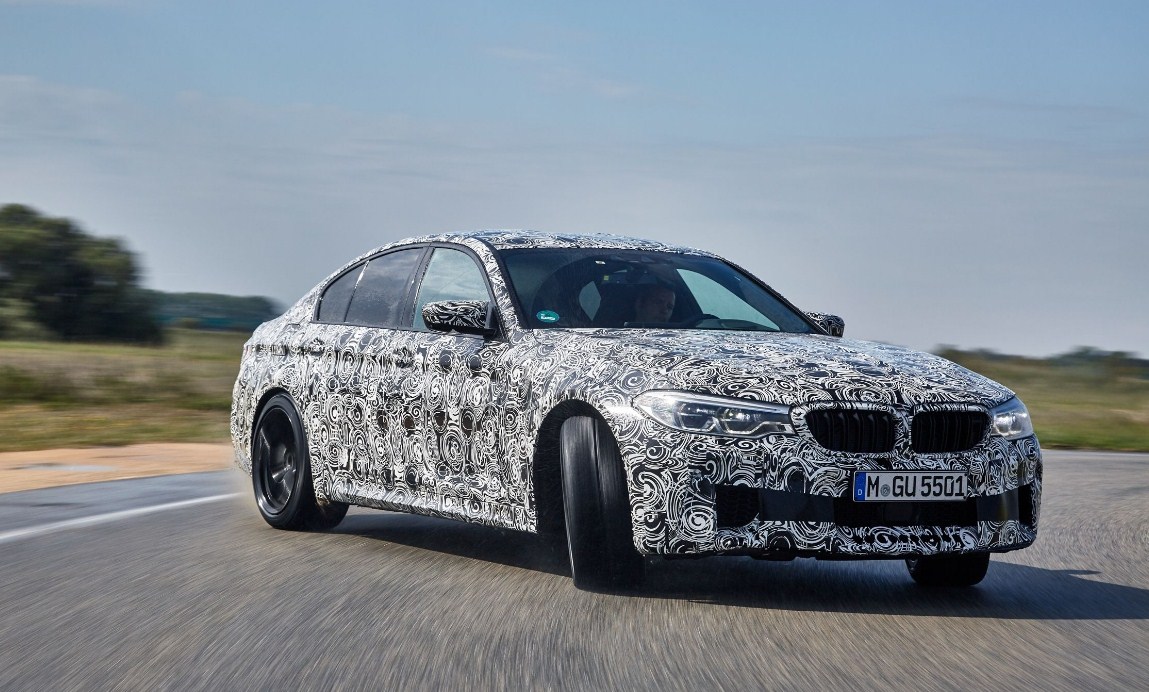 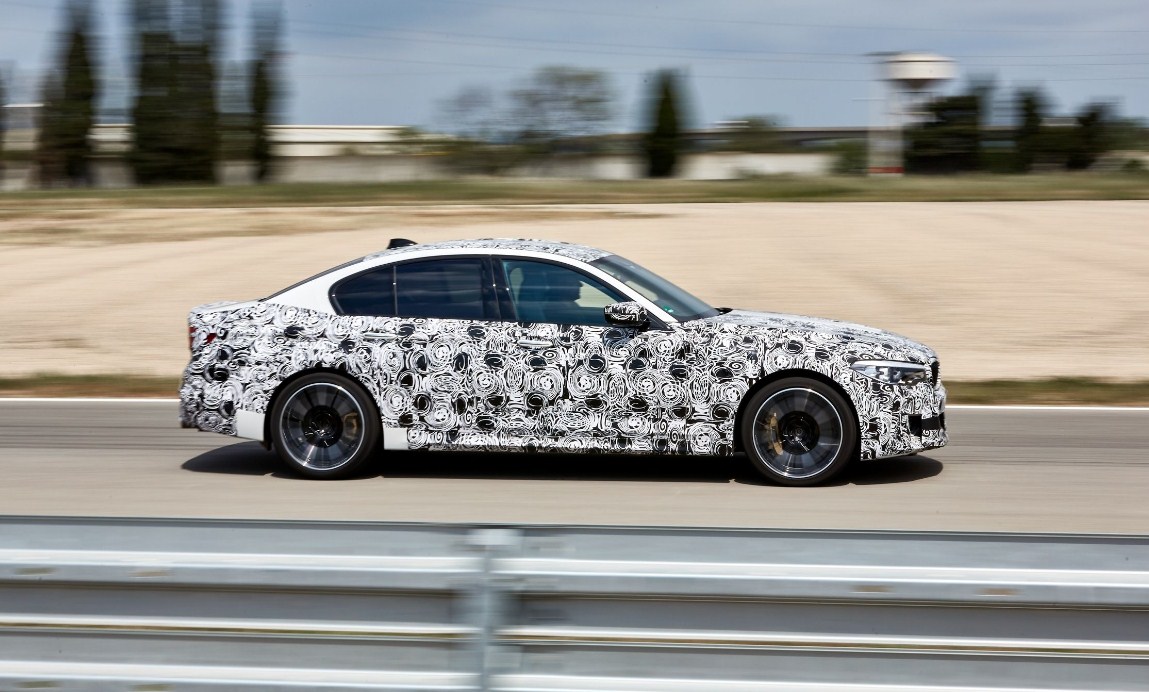 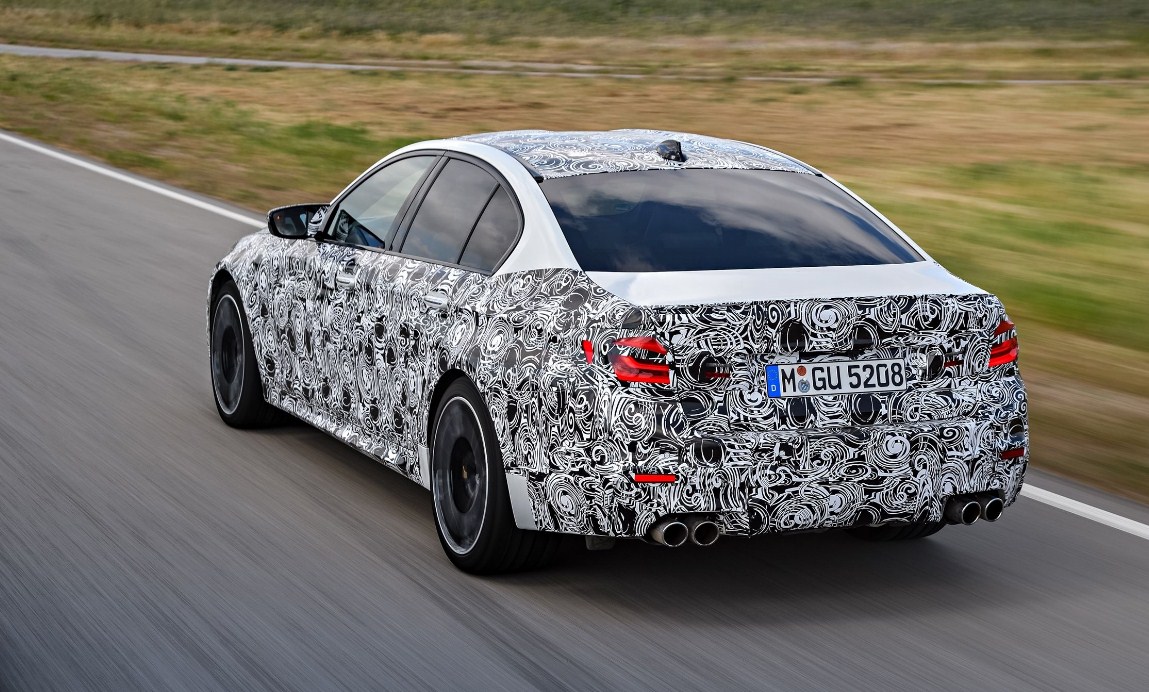 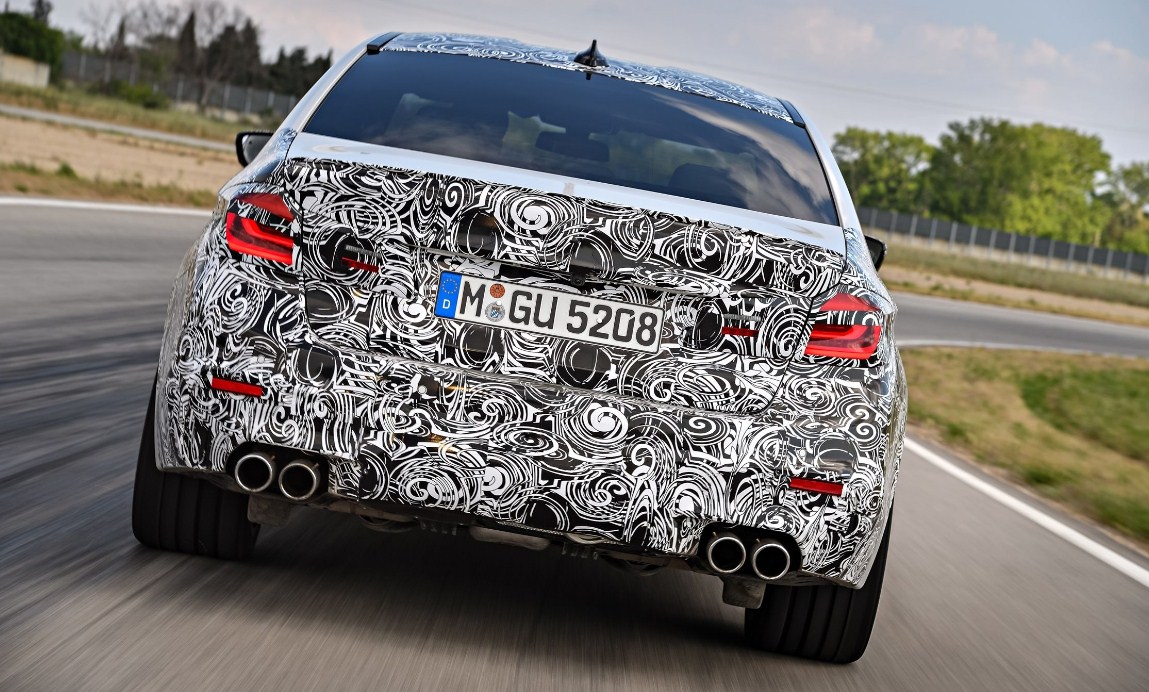 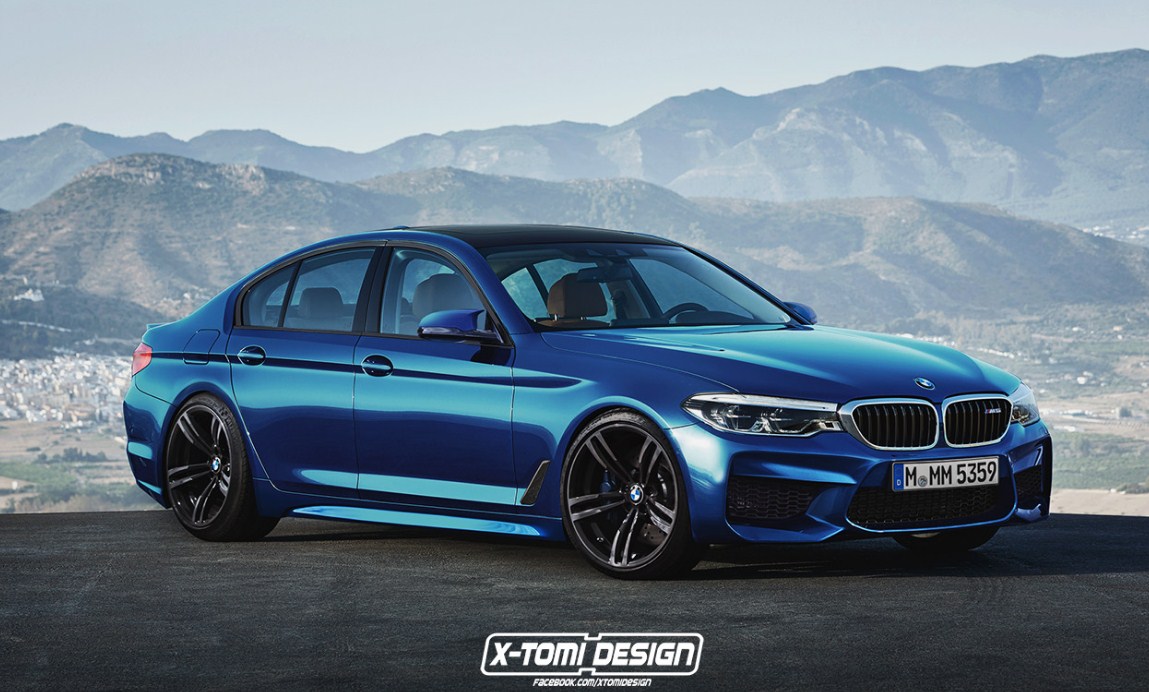 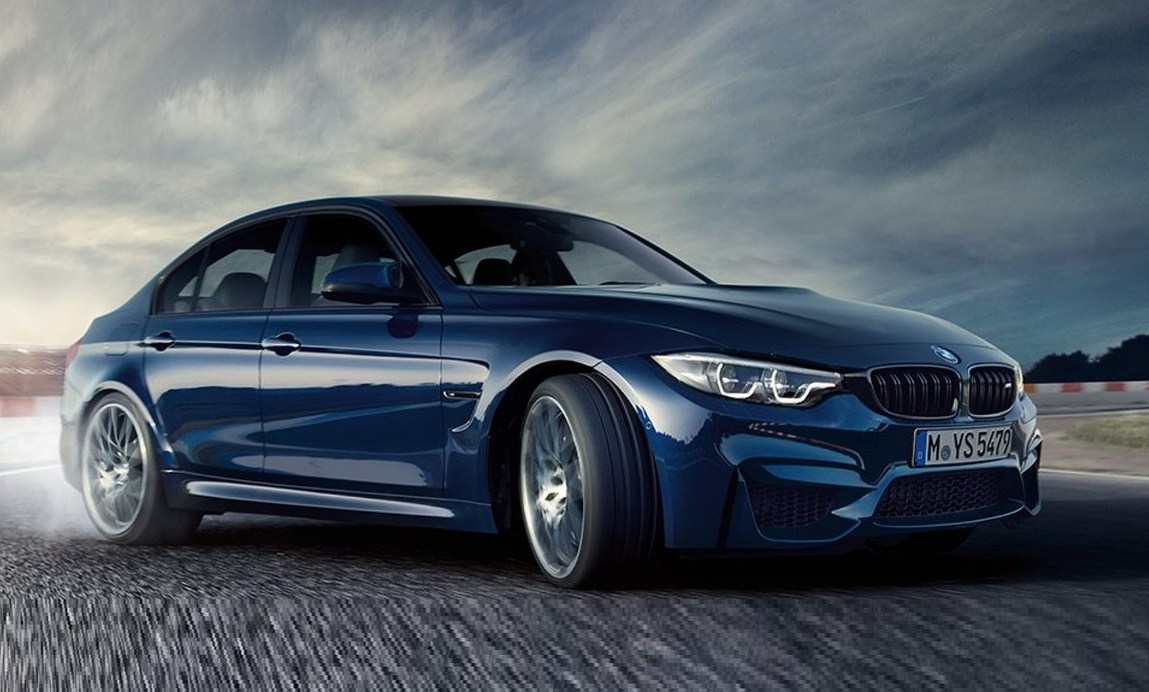 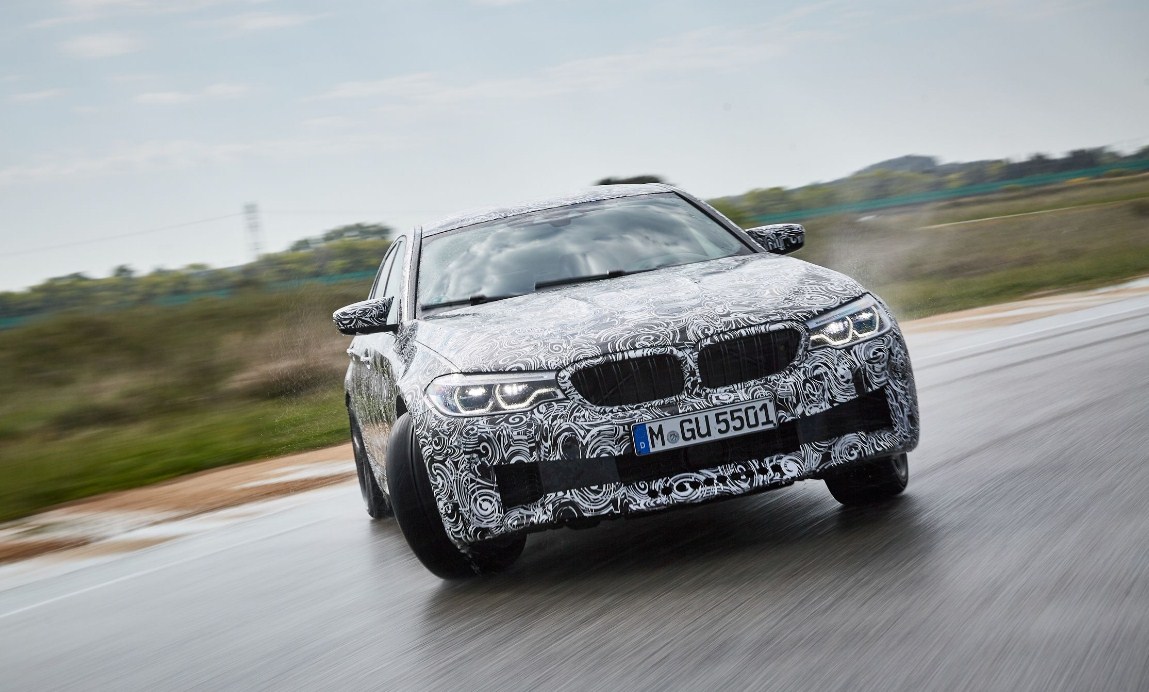