The ongoing Tahoe has been released back in 2014, and since then it didn’t change all that much. However, the SUV received a rather large update with the 2018 Chevrolet Tahoe. Its base model is still pretty much the same as the 2016 version. However, the SUV received a brand new trim level with the RST, or Rally Sport Truck, Package. This is more than the usual appearance package available on these cars. It adds a few performance parts as well as it gives the Tahoe a model capable of outrunning most other cars on the road. The interesting part is that most of the features available with the RST Package have been previously available in the GM Performance Catalog. However, in order to make things easier, they decided to offer them through a factory installed package, so the Chevrolet warranty actually covers all the parts.

The RST Package adds quite a few improvements to the SUV’s running gear. For starters, the suspension has been replaced by GM’s great Magnetic Ride Control system. This better controls the body roll through tight corners, and it should give the driver considerably more confidence than otherwise. On top of the better shocks, the SUV also gets a better braking system. However, it is worth mentioning that the brakes are available as an option on the RST cars. This changes the usual rotors with larger units and six-piston Brembo brake calipers which will definitely improve the way the Tahoe stops. The interesting part is that these rotors will only fit under the standard 22-inch rims on the new 2018 Chevrolet Tahoe RST due to the massive rotors.

Is the Design New?

Well, not really. In fact, the 2018 Chevrolet Tahoe looks mostly the same as before. However, this is not really the case, at least with the RST version of the SUV. The RST will be available in four different colors which all go great with the changes they did on the outside. All the chrome on the Tahoe RST is not gone. Instead, the grille surround and the door handles are not color coded to the body color. On top of that, the windows surrounds have all been blacked out and so have been the mirror caps, running boards, exhaust tips, roof rails and even the grille and badges. The result is a much stealthier look that makes the new Tahoe RST stand out. As we said, the SUV gets standard 22-inch unique rims as well as high-performance summer road tires.

Unfortunately, all those upgrades have been kept for the SUV’s exterior and its engine. The interior, on the other hand, remains identical to that of the regular model. Even so, the Tahoe RST still offers a comprehensive list of features such as an excellent infotainment system, electric front seats with optional heating and ventilation as well as a leather package which will impress even the most demanding customers.

The best part about the 2018 Chevrolet Tahoe RST is that it not only looks cool but it is also quite a bit faster than before. This time around there are two possible engine choices. The base model still gets the same 5.3 liter V8 as before. The news comes in the form of GM’s 6.2 liters naturally aspirated V8 with variable valve timing. This will provide 420 horsepower and 460 lb-ft of torque which is sent either to the rear or all four wheels. The old six-speed automatic has also been replaced by GM’s new ten-speed gearbox which is both faster and more capable of delivering the engine’s power to the road.

With this new powertrain, the Tahoe RST will hit 60 MPH in as little as 5.7 seconds which is one of the best numbers in its class. It is also worth noting that the towing capacity is still well over 8,000 pounds which make it one of the better packages around. As an option Chevrolet is also offering a Borla exhaust system. This replaces everything from the headers to the mufflers. The result should be 7 to 10 horsepower more than the regular model which is quite impressive. The fuel economy figures haven’t been released for now, but it is safe to assume the Tahoe is quite close to the Silverado regarding fuel consumption. 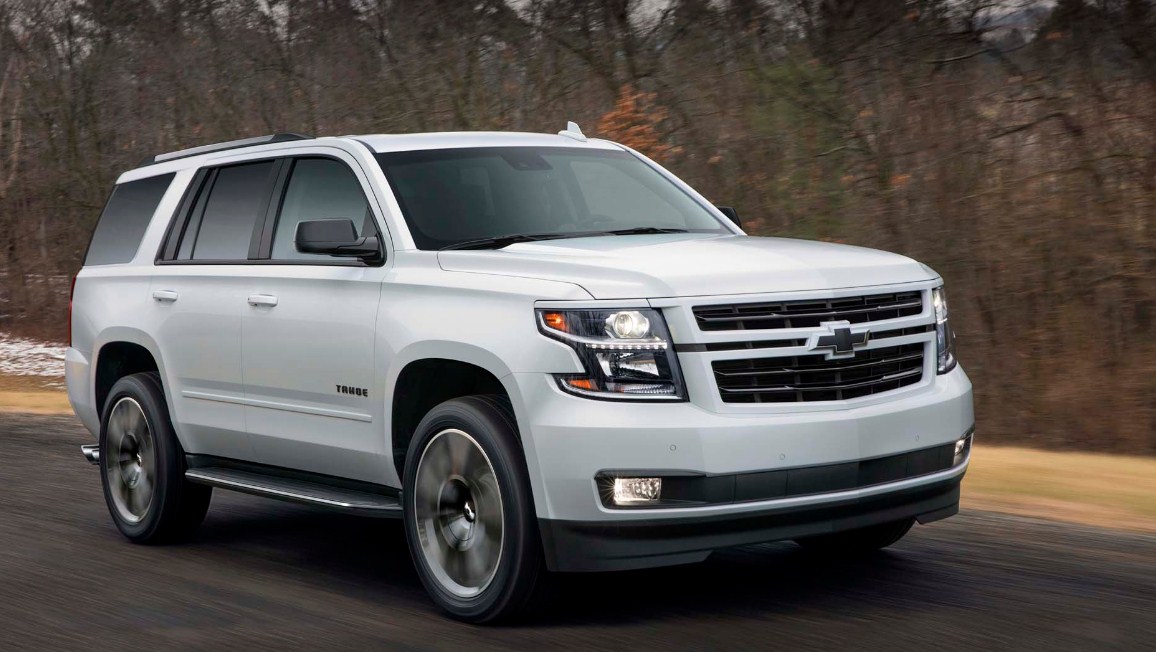 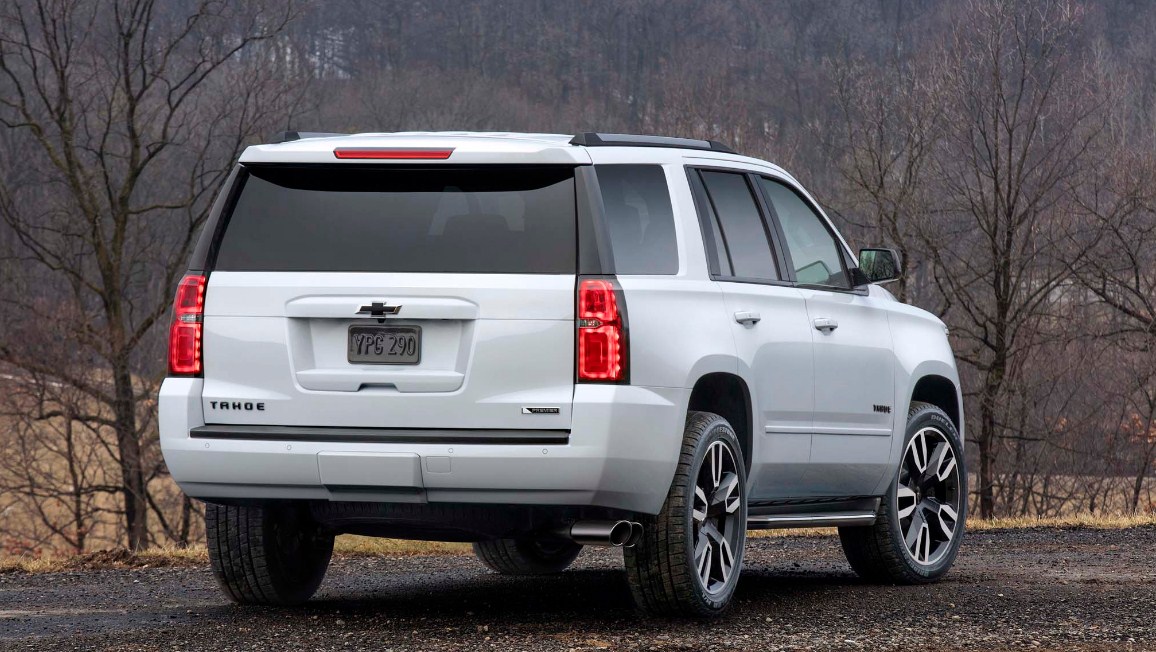 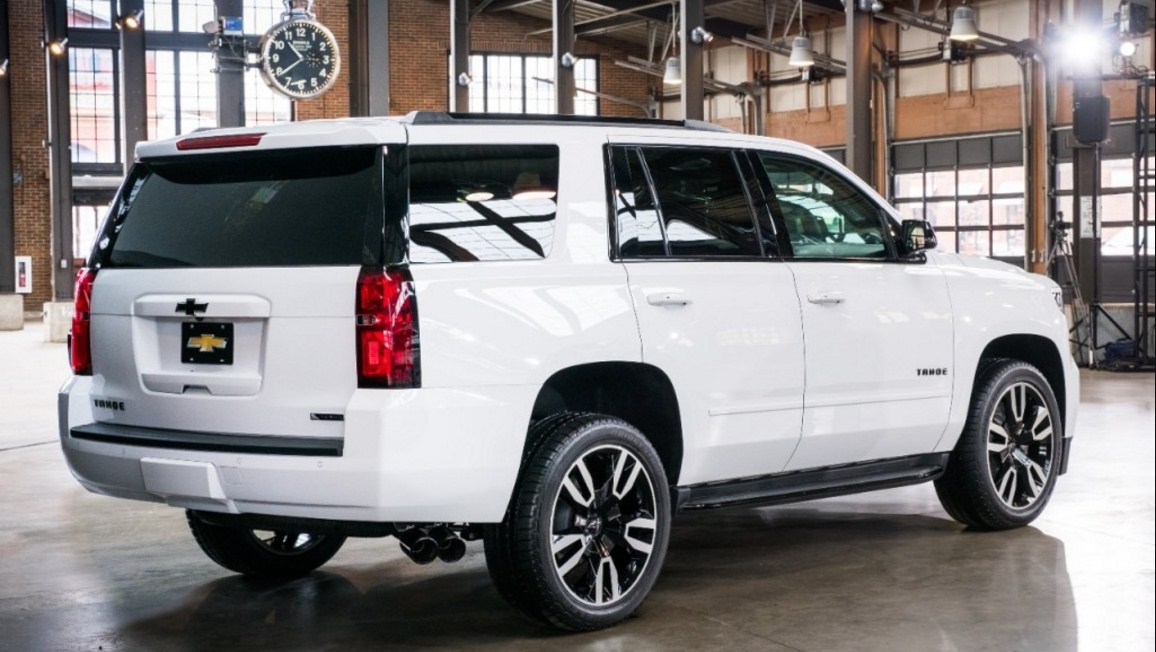 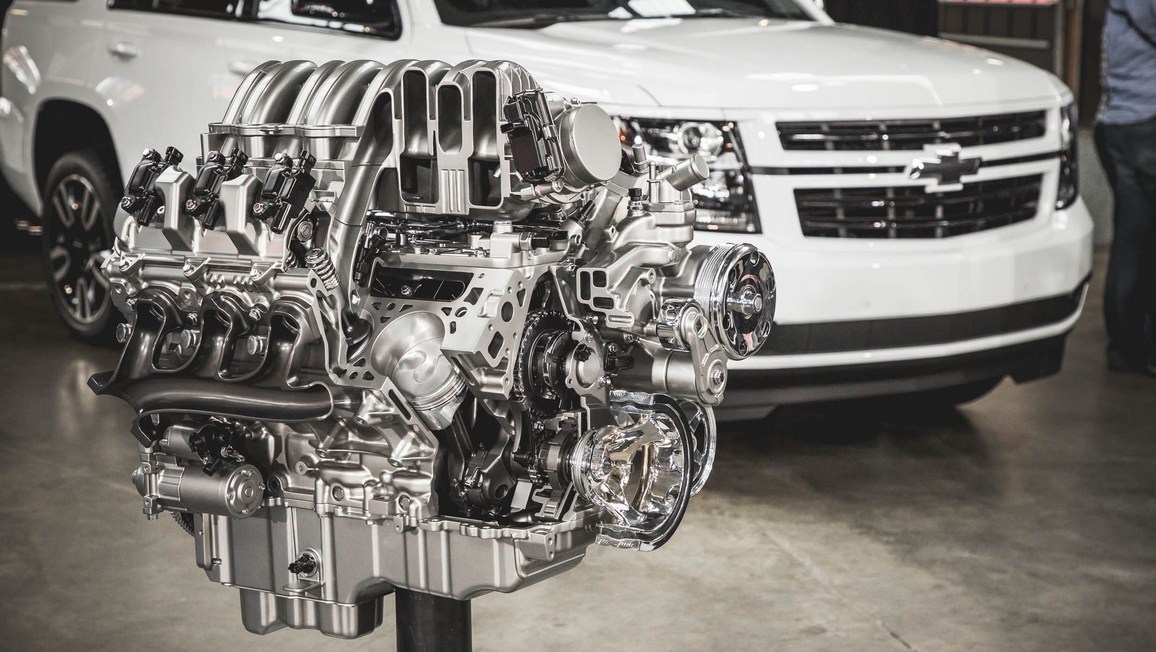 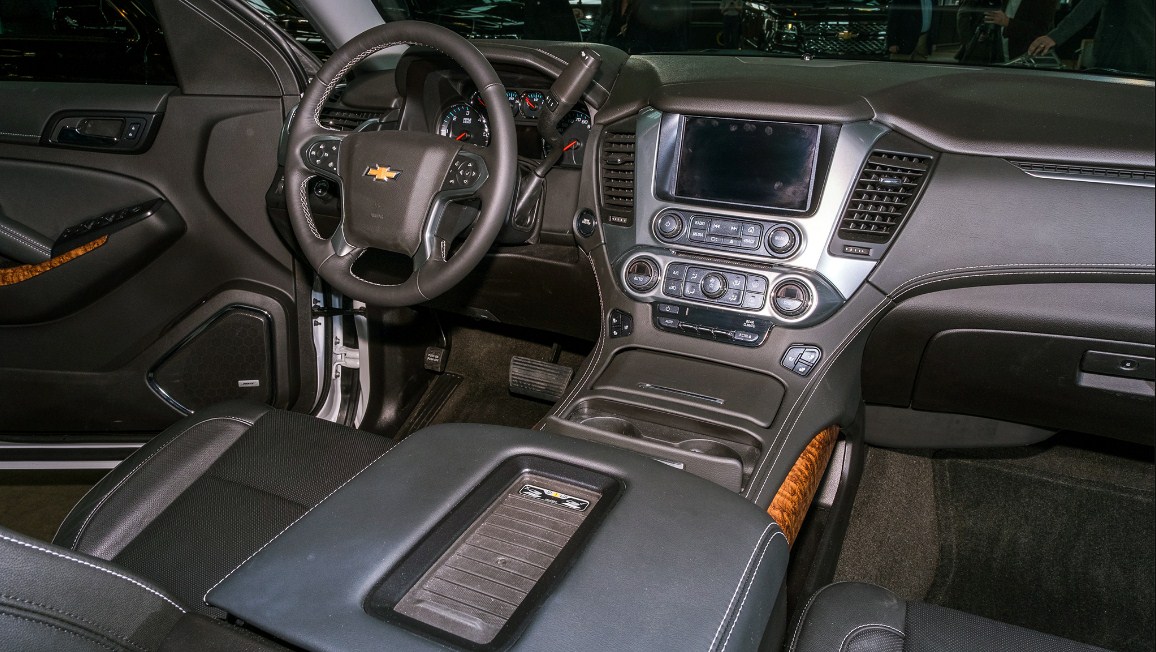 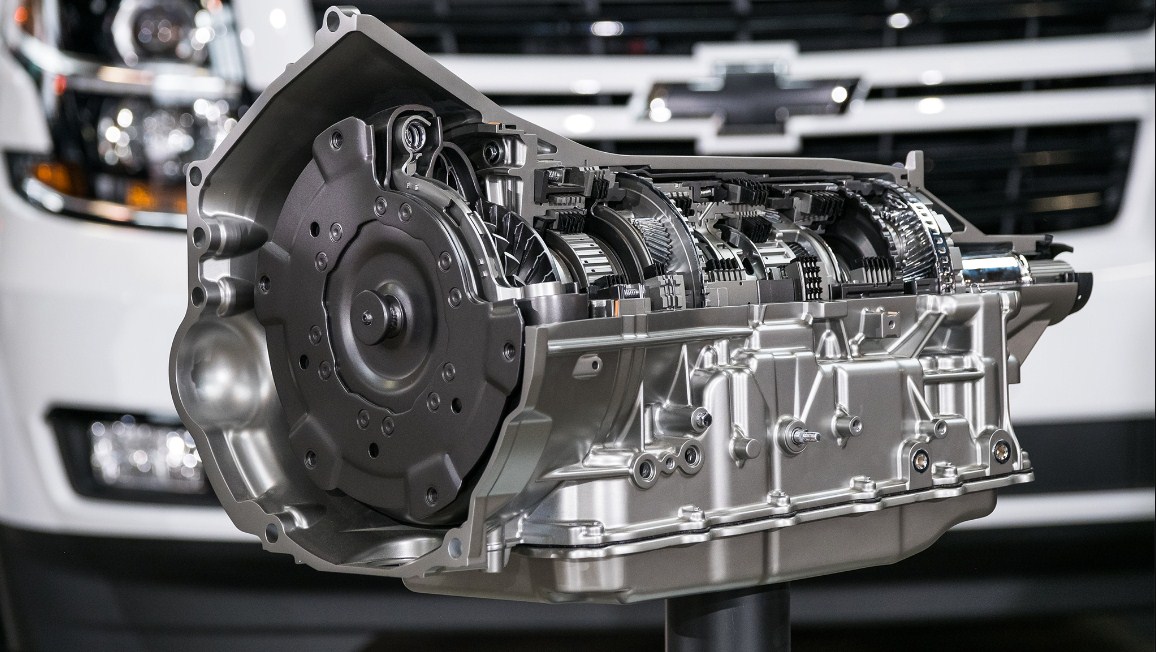 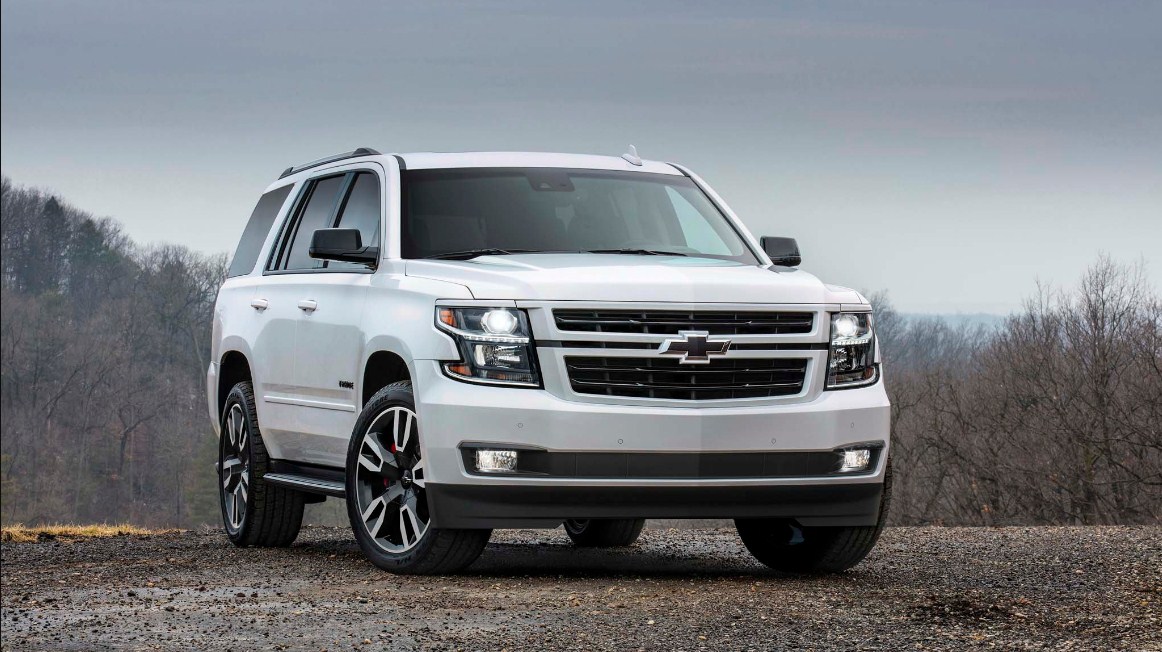