The Stinger is one of Kia’s newest vehicles and one of the biggest surprises this year. The company kept quiet about the new model for a while so when they released it, they took the market by storm. The car has just been released into showrooms, and we have to say, it is by far one of the most impressive sports sedans on the market. The new 2018 Kia Stinger brings BMW performance and Audi quality at roughly the same price-point. Even though this might not sound that good, the truth is the Kia is better than two of the best selling sedans currently available on the market.

Unlike most of Kia’s other cars, the Stinger is based on a rear wheel drive aluminum architecture. This allows it to be relatively light and also quite nimble. On top of that, there is a 52:48 weight distribution, the engine is quite pushed back into the chassis while the car features an excellent running gear. The result is a sedan that drives and feels just like a true sports car. Not that long ago the car was tested, and it managed to impress everyone. As for the pricing, the GT model will set you back $44,000 while the Limited will start at just under $50,000. While it may sound like a lot of money, it really isn’t considering what this car is capable of.

The base version of the Stinger gets a 2.0-liter turbo-four which boasts 255 horsepower, enough for it to outrun some basic sports cars. The base GT version, on the other hand, gets a 3.3 liter twin-turbocharged V6 with 365 horsepower and 376 lb-ft of torque. This is just as much as a base AMG or M-branded car. Unfortunately, a 6-speed manual is not going to be available in the US. Both engines will use the same eight-speed automatic as most other cars on the road. Even so, the GT will be able to hit 60 MPH in under 5.0 seconds, and it will top out at over 150 MPH. This makes it faster than a base Panamera which is quite something. As a bonus, the GT gets as standard Brembo brakes and adaptive dampers which further increases its value.

Even though the 2018 Kia Stinger is their first go at a four-door sedan, we have to say the South Korean manufacturer did it just right. The long front end, the pushed back cabin, and the great styling cues make the sedan stand out from crows. The interior is just as good with a minimalist design and Audi-levels of quality.

2018 Kia Stinger- A harsh sting for the premium bunch? During 90’s Kia had issues of topping 50k units sold annually in Europe and US for all its models. Last year? Almost 650k units sold on US ground. The same number in China, and over 400k models allocated over the old continent. Sales growth has been strong and constant, and while Kia has become frequent thought upon thinking of purchase of mainstream transportation. It isn’t enough for the Koreans. The rise of sales figures equals influx of cash, which then allows certain deviations. While paternal Hyundai inclined toward Japanese recipe of building luxury badge from scratch (after some initial hesitation), Kia stumbled a different path.

It’s full-size luxury sedan K900 proudly wears its non-premium badge, though that didn’t work out so well. Despite price tag remained rather in segment below, this Korean luxury barge sells in symbolic numbers. Kia is evidently not over with breaking the boundaries of its mainstream-ness, and 2018 Kia Stinger is righteous proof of that. And a good one, that is.

Where Does It Fit?

By price it dangerously borders entry level luxury sedan area, keeping clear of regular mid-size ground occupied by Optima. Still, it is aware of its lack of premium aspirations. So it offers coupe-ish body, which mandates at least ten grand additional surcharges in the case of Audi’s A5 Sportback over A4 or BMW’s 4 Series Gran Coupe over 3 Series. So same story as with VW’s CC now Arteon, which so far turned futile, sales wise, for German conglomerate.

Maybe that’s the reason why this thing comes outfitted as it is. It is berserk, incredibly bold and excessive and your eyes need some time to adjust to it. After initial visual pandemonium settles in your mind, you’ll distinguish gorgeous fastback shape, curious tail lights extension to rear haunches, and striking headlights. Whether you like or not, it left a pretty loud impression when it arrived. Also, you are maybe able to group it by price, but its appearance created a small niche and considering its levels of visual insanity it is currently the only inhabitant of it.

There is no any clowning around with the interior. For Kia, an unprecedented amount of elegance is present, even infused with hints of Italian grace in that beautifully curved dash, along with obvious traces of Audi design influence mainly on lower console, while dash vents were certainly nicked from Merc’s A-Class. Nevertheless, it looks alluring, and it is incredibly spacious with enormous 114.4 inches of wheelbase, not even comprised with that sloping roof. You can garnish the cabin with the 8-inch screen; Harman Kardon audio system, head-up display, and lavish Nappa leather, but does it reach German or Lexus level of refinement? No. But can you blame it? It’s still Kia.

Stinger wishes to present itself as sports sedan and facts on the paper openly encourage that. Power goes to the rear-wheels which house LSD in between, AWD with torque vectoring is optional, and dampers are adaptive. Under the hood happenings also look promising with turbocharged 2.0-liter L4 delivering 255 horsepower and 260 pound-feet of torque for a start. 3.3-liter twin-turbo V-6 boosting remarkable 365 horses and 376 lb-ft for the end. Both paired with 8-speed automatic with paddle shifters. You want that V6, believe us, not just because it’s adding two “cool” letters resulting in 2018 Kia Stinger GT moniker, but primarily because it catapults to 60 mph in just 4.9 seconds despite hefty weight figures. Almost BMW’s 340i acceleration time.

What paper facts don’t point out is that Stinger is decently enjoyable to drive with steering eagerly waiting for your inputs, stiff chassis, and a fair amount of grip. On the down side, it is not cornering maniac (it has GT in the name after all), if you push it too far it does understeer, gearbox sometimes refuse to obey manual inputs, but overall it is by far Kia’s best move in the driving department.

Kia claims “power to surprise” and it “hell” did. This is by a great margin most sophisticated brand’s product so far, and you can hardly find any major flaw disapproving estimated over $30,000 price tag. Still, despite bold statements of Kia’s officials it is hardly direct 3 Series competitor, leaving it directly confronted only with Arteon. Same goes for the rest of entry level luxury bunch. Or maybe it might lure some wandering for premium souls whose gaze it managed to fix on its unusual body. The 2018 Kia Stinger will go on sale at the end of the year.

Update/ The Kia Stinger V6 will be available from less than $50,000 when it arrives in October.

Kia Australia CEO, Damien Meredith, said the pricing would open the car up to more buyers.

“It was critical for us to bring this car to as wide an audience as possible; something I believe we have achieved with the pricing we have been able to settle on,” he said.

“Almost all of the confirmed orders are for the 3.3-litre; so it makes sense to provide those customers with as much clarity as we can while they wait to take possession of their new cars.” 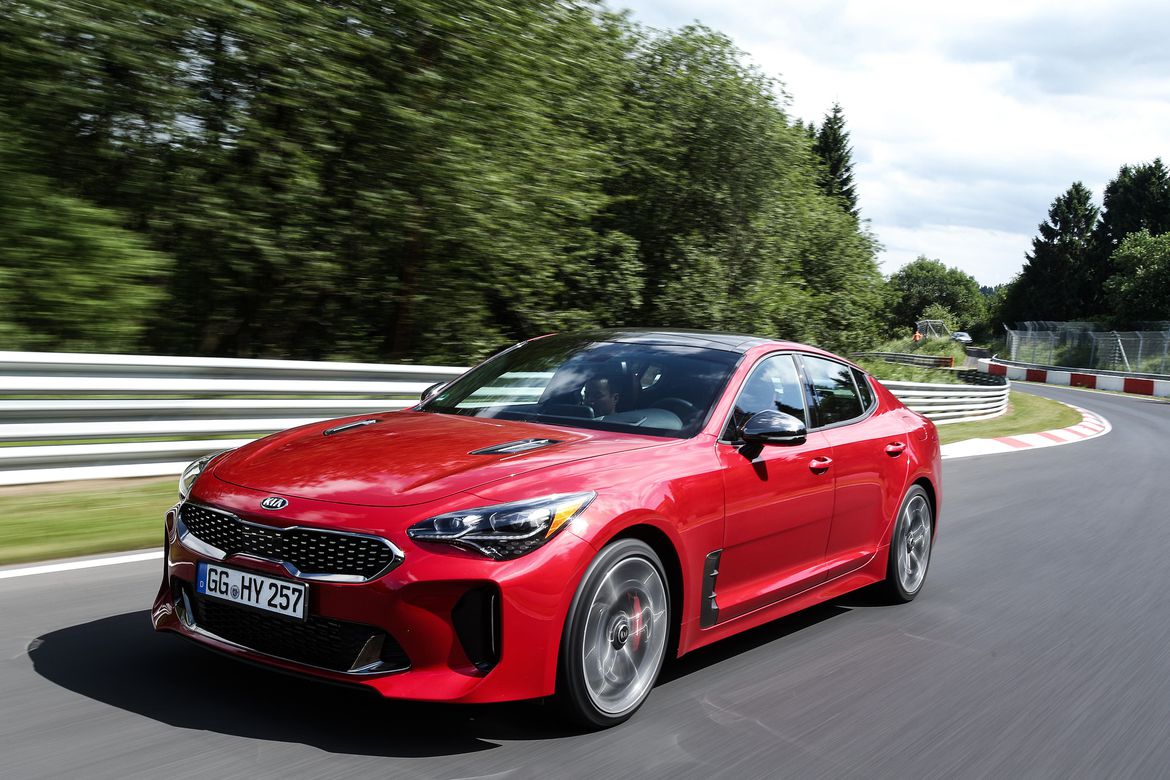 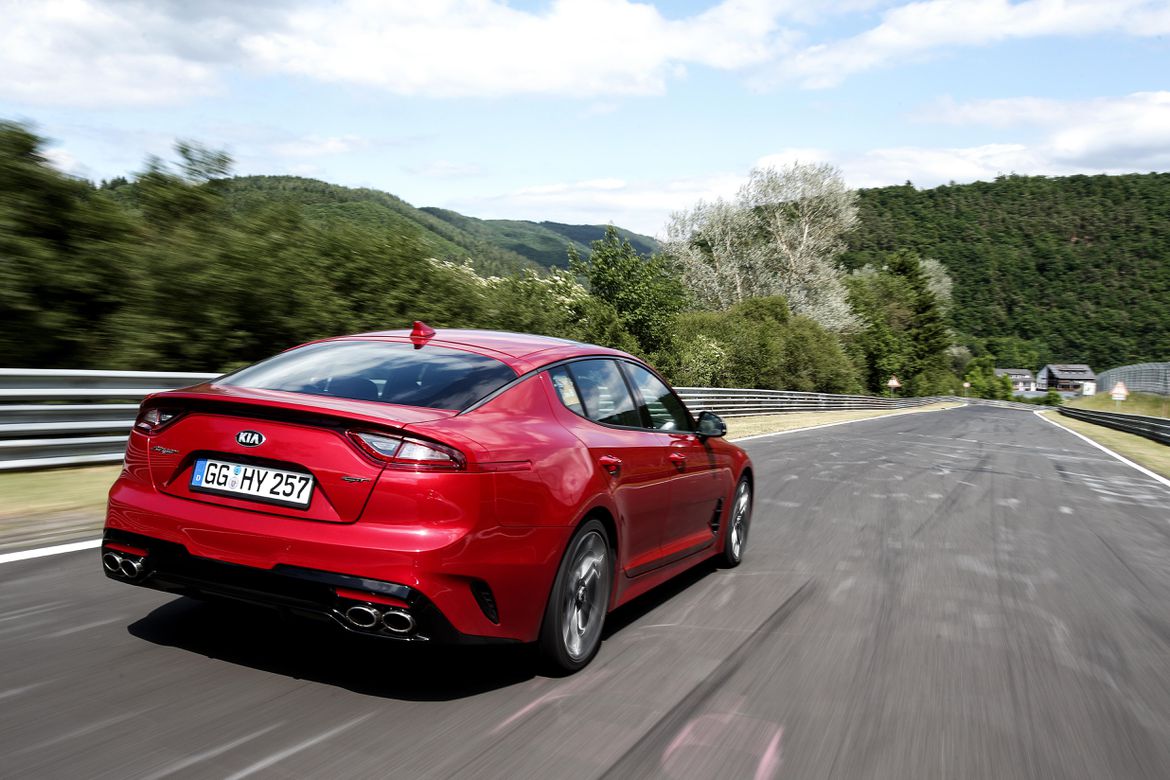 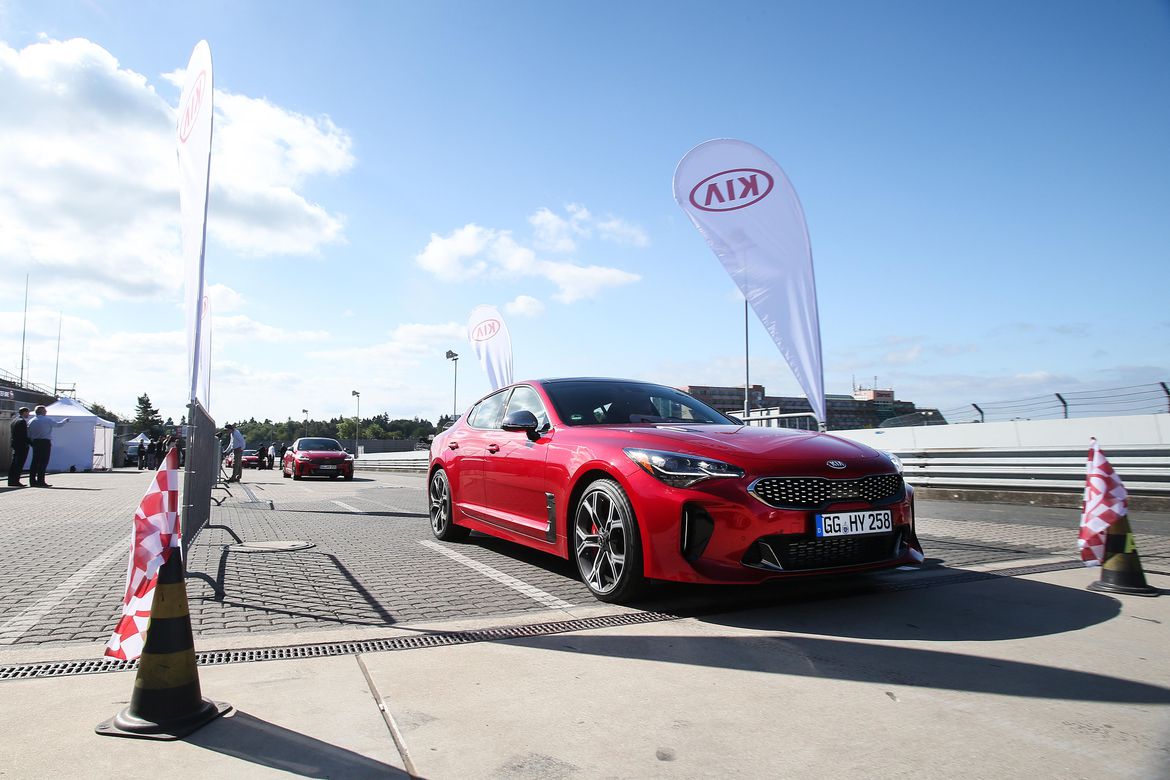 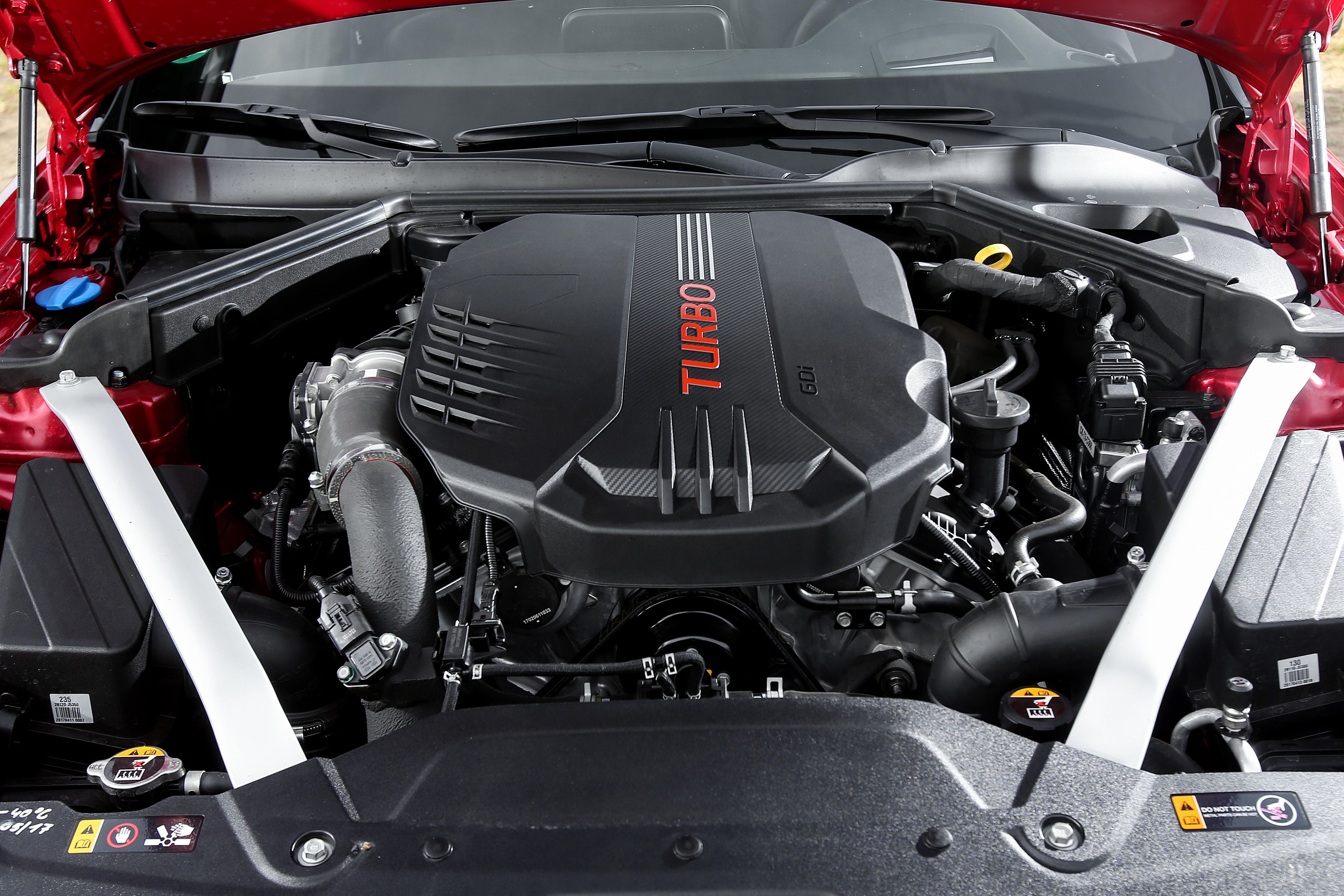 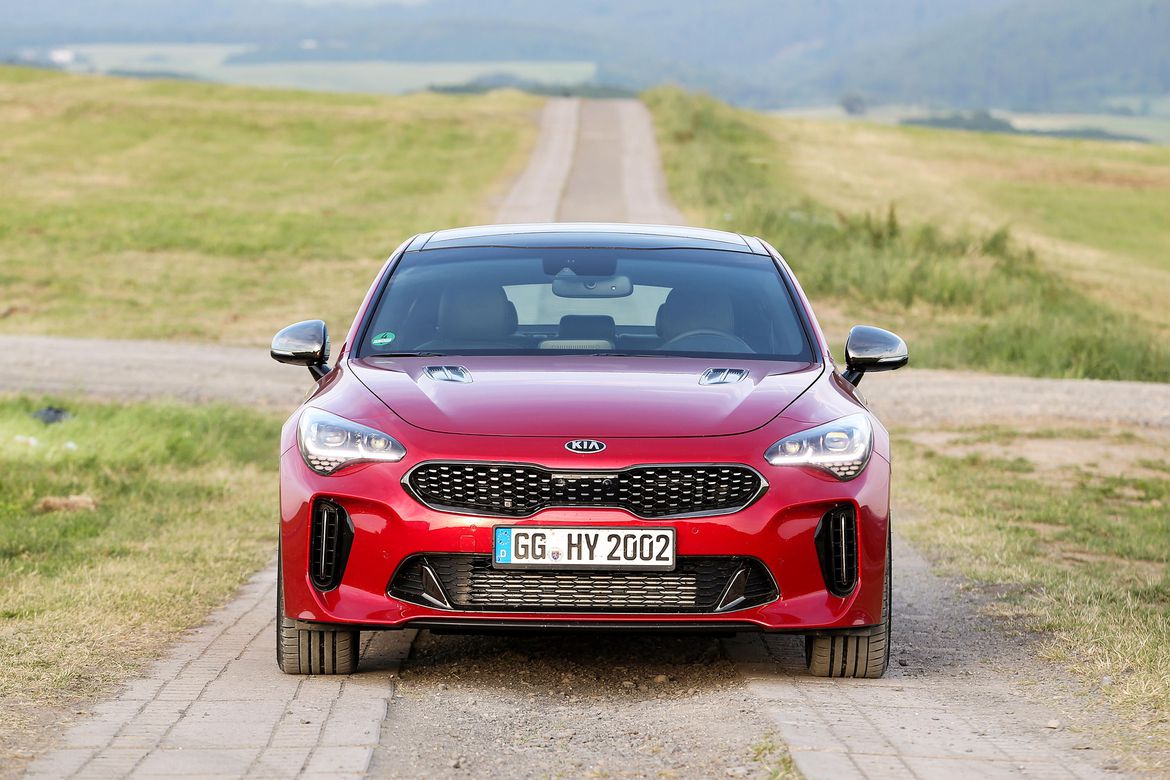 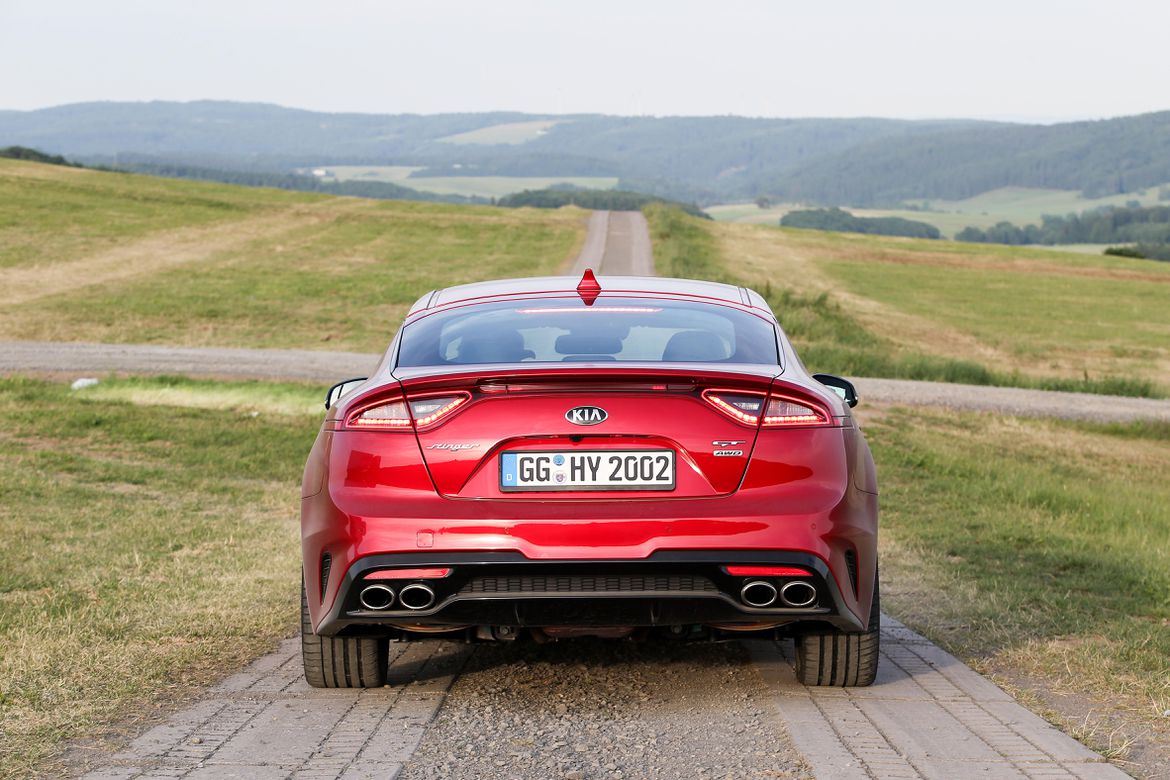 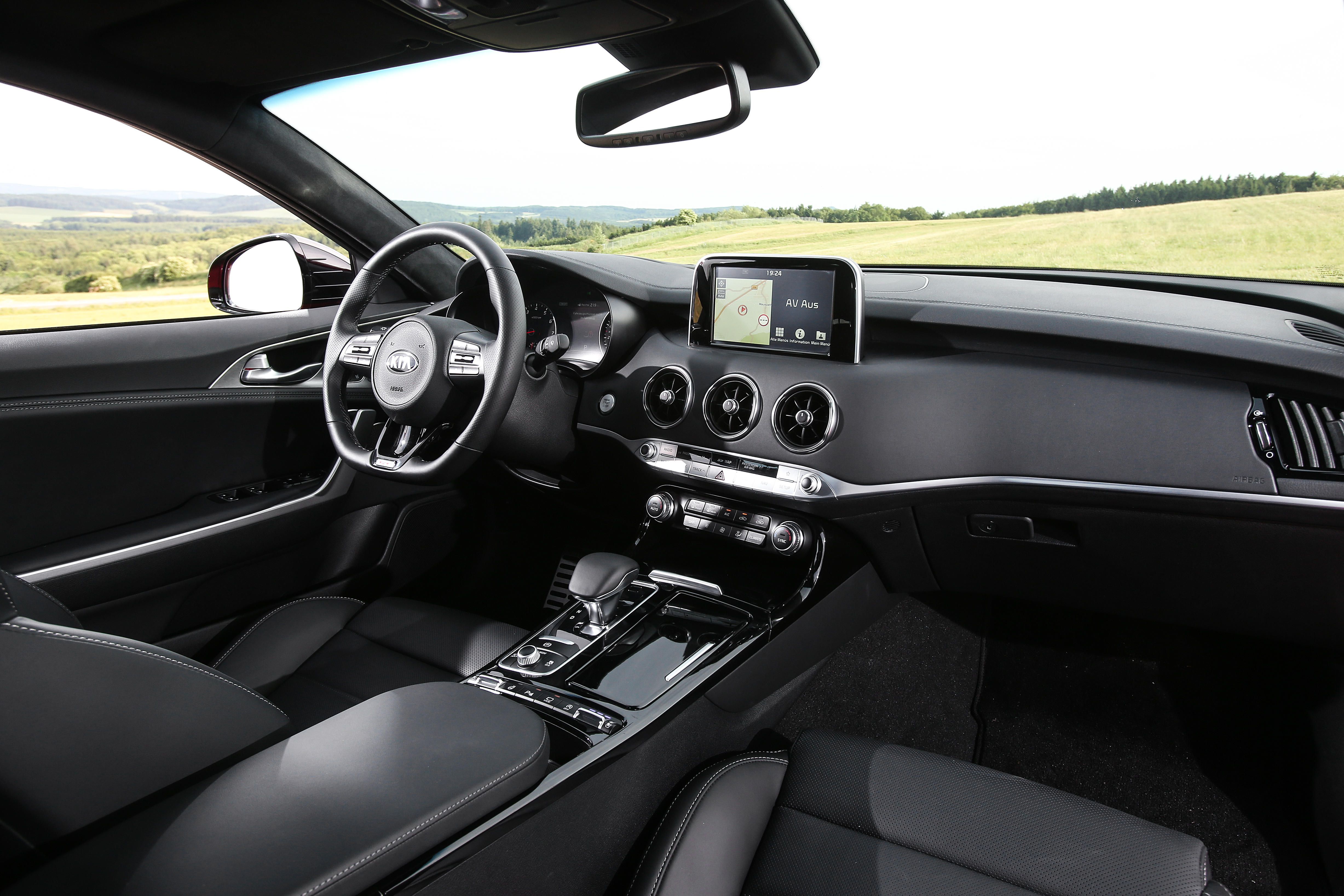