The current Jimny has been around since 1998, so we can’t really say it feels fresh. However, despite that, the car continued to sell well, and that was mostly thanks to its unique set of features. Unfortunately, the car is not going to be able to meet all the safety requirements in the near future. Because of that, a new model will be released with the 2018 Suzuki Jimny.

While the manufacturer hasn’t said a word about this new vehicle, the car has been leaked last month, and it looks quite impressive. It seems it will be a far more refined car than before while being able to offer quite a few more features. The only real drawback we currently see is the car’s release date.

The new Jimny will be released in Tokyo but will only go on sale next year. Its price has yet to be revealed, but it is safe to assume it will be slightly more expensive than its predecessor. It’ll be priced around £13,000 (base model) – £15,000 for more advanced versions.

The leaked documents and the spied prototype give us a pretty good idea of what to expect from Suzuki’s next baby SUV. For starters, it looks like the car will continue to be based on a ladder-frame platform. Even though this comes with its drawbacks such as increased weight, decreased torsional rigidity and a rather complex manufacturing process, it gives the Jimny a unique set of features. Thanks to keeping this chassis, the car will be able to feature solid axles in the front and at the back. It will also feature leaf springs in the back with regular shocks while in the front it will use coil springs. The result should be a better ride than before while also maintaining the great off-road prowess.

From the leaked documents it doesn’t look like the 2018 Suzuki Jimny is going to be much bigger than its predecessor. The car looks just as wide and as tall while its wheelbase seems identical. However, from the flared wheel arches it is safe to assume there will also be a narrower version specifically designed for the Japanese market. In fact, this would be the main reason why the size remained the same as before. The actual look of the car, on the other hand, is vastly different from that of its predecessor.

The new Jimny is a lot more angular in its design, and it features many more design cues taken from the 2nd generation of the car. It looks like in the front it will feature round headlights with a couple of new grille designs. The hood will have a clam-shell design while the front and rear bumpers are expected to be really similar to those used by off-road enthusiasts. The exterior-mounted spare wheel will remain while in the rear the tail lights will move on the bumper. This will basically give the car a mini G-Wagon-like look which would be quite impressive to see.

The 2018 Suzuki Jimny seems to feature a far better-looking cabin than the one before it. For starters, the angular theme will continue here as well. However, the car will also feature modern commodities such as automatic climate control, a touch-screen-based navigation unit as well as far better materials than those found in its predecessor. Some also suggested the driving position will improve thanks to the new steering-wheel position, but this has yet to be confirmed.

Unlike its predecessor, the 2018 Suzuki Jimny is expected to come with more than just one engine. The base model is likely going to boast either a 1.2 or a 1.4 liter naturally aspirated mill good for up to around 100 horsepower and little less than that in torque. The option is expected to be a smaller, but turbocharged; 1.0 liter 3-cylinder unit which could provide as much as 115 horsepower and more than 120 lb-ft of torque. Both of these are expected with a six-speed manual or with a regular six-speed automatic. Suzuki’s great four-wheel drive system will also be offered, likely as an option.

The Japanese market, like before, will benefit from a 0.66-liter turbocharged petrol engine which is expected to provide around 65 to 75 horsepower. This would be enough to get the tiny SUV pretty much anywhere while not breaking the bank on taxes. 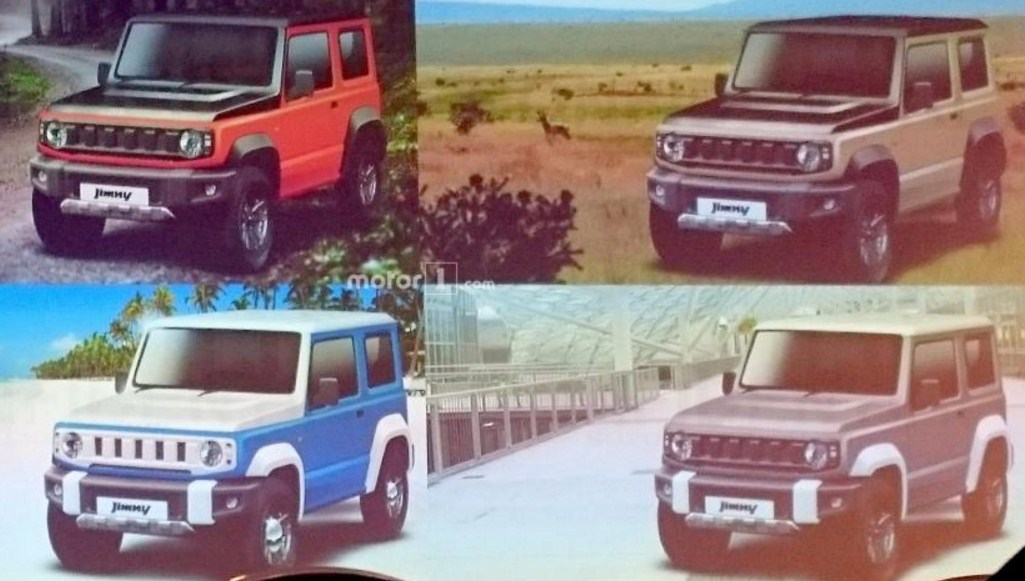 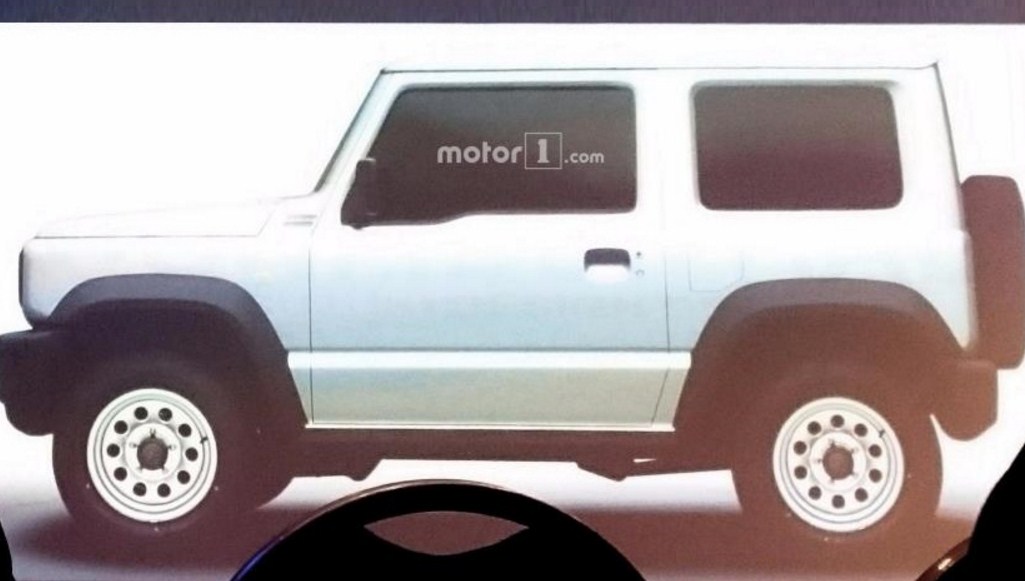 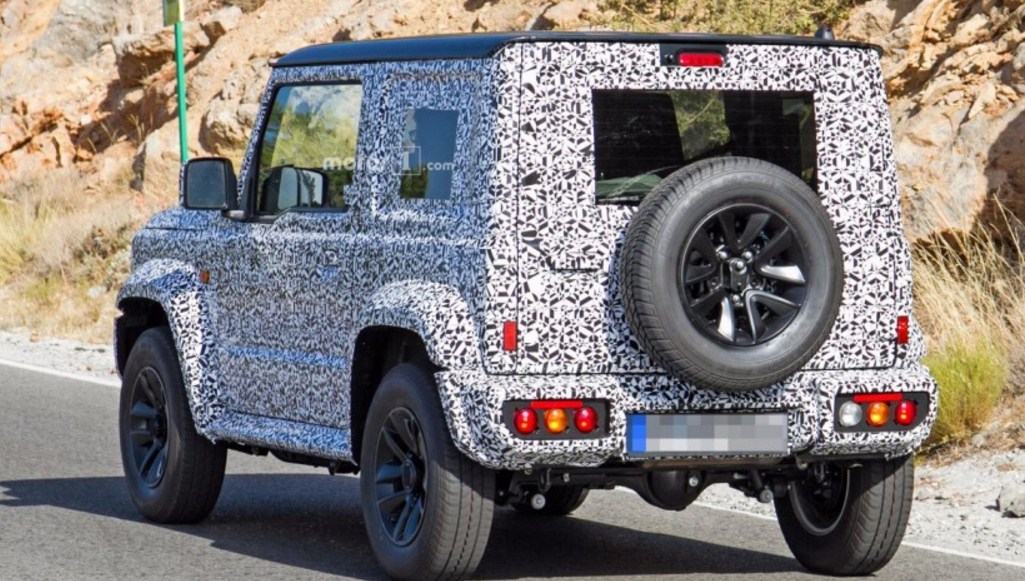 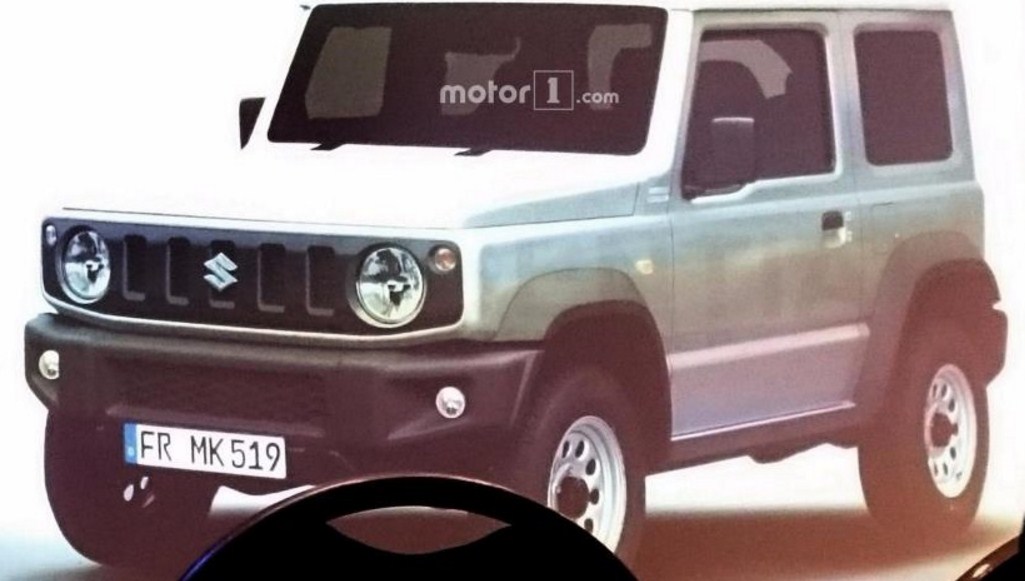 Unlike its predecessor, the 2018 Suzuki Jimny is expected to come with more than just one engine. The base model is likely going to boast either a 1.2 or a 1.4 liter naturally aspirated mill good for up to around 100 horsepower and little less than that in torque. The option is expected to be a smaller, but turbocharged, 1.0 liter 3-cylinder unit which could provide as much as 115 horsepower and more than 120 lb-ft of torque.