2018 Toyota 4Runner TRD Off Road- Not real TRD, but TRD worthy! At the beginning, things were pretty much clear as far as elevated part of the automotive world goes. SUVs were rugged, boxy, somewhat macho, but also unrefined, unluxurious and clumsy on paved roads. Yet, their ability to transcend snow, mud, sand, rocks, water and who knows what else, made them the wanted tool. Jeep was first to jump on the idea wagon that luxury could be one more of SUV’s ingredients and during 60’s Wagoneer set an example, while Range Rover later heavily elaborated on that theme.

As time passed, people were less and less interested in possibilities to conquer the nature. While more and more orientating toward wallet preservation at the pumps or indulgences into ride comfort despite elevated sitting position. That brought the birth of crossovers at the end of the 90’s, which managed to combine refined attributes of the car with preservation of (some) ground clearance. Soon CUVs stormed the market and as a flock of always hungry locusts, devoured everything stranded on their path. Including their own roots or body on frame SUVs.

But, you’ll see, the story is not over yet…

Comeback of the Robust

Many SUVs switched to crossover side (even ones synonymous with off-roading as Range Rover and Discovery, also including highly robust Nissan’s Pathfinder, among dozens of others…), while some broke under pressure and remained only in memories; (Nissan’s Xterra, Toyota’s FJ Cruiser, Kia Borrego, Hyundai Terracan). Yet, it seems tides are turning once again as increasing number of buyers manage to dig the charm hidden behind robustness lately, and sales of the small pack of true SUV are rising recently.

Further more, a new wave of “truck-ish estate wagons” is already destined, as things like Bronco, Defender and FJ Cruiser are preparing for a comeback. Before that happens let’s pay attention to some that managed to withstand monocoque “menace” and stood proudly with all their virtues and shortcomings. Full of character, boxy, masculine, angry eyed, 2018 Toyota 4Runner TRD Off Road is one of them.

TRD Off Road, along with TRD Off Road Premium, is the new moniker within 4Runner’s lineup, yet it is just a relative novelty. Japanese simply replaced naming of older Trail and Trail Premium trims with mentioned ones. Why? Because TRD sounds way cooler and it brings instant hints of beefed up Tacoma tackling without any sweat sand moguls or other calamities that nature is capable of creating.

Still, this is not TRD Pro model of the same 4Runner, and it doesn’t bring a highly lifted suspension; special skid plates, Bilstein dampers and Eibach springs, but it preserves whole five grand in your wallet, and we can hardly imagine it abandoning you at mother nature’s mercy. And here is why…

So, we said what do you lose if you wish to sustain your financial liquidity. Now let’s see what TRD Off Road brings to the game over the base offer. First of all, 4Runner doesn’t compromise and even with starting SR5 trim you’ll get robust, durable and twisting capable body on frame construction coupled high ground clearance and solid rear axle allowing substantial wheel articulation, along with proper 4WD with low range gearbox (for some extra cash).

That promise decent capability per se, but our trim elevates things couple of steps higher. For around three grand you end up with locking rear differential; (assuring you that all rear wheels are spinning equally), Crawl Control (takes over throttle control from you on steep downhills); and terrain-select system (car adjust itself on its own in the best manner that it can for selected terrain).

For some extra bucks ($1.7k) you can add KDSS to the mix, which disconnects front sway right at the moment when you might regret that “fancy” independent front suspension. I don’t know if we mentioned it, but TRD badges come at no cost. So, not TRD Pro, but leaves little to be wished for, honestly…

Knowing now compromises in off road prowess took its toll on the cabin, among else. Compared to mid-size crossovers, even from the same litter (Highlander), the interior is unrefined, rough and cheap. Standing next to Wangler’s one, which is a proper rival to it, it might as well appear opulent. Though in any case you could enjoy its straightforwardness with large buttons and knobs, its spaciousness and commanding seating position with great visibility.

If you decide to opt for Premium part of 2018 Toyota 4runner TRD Off Road, trim you can enjoy some goodies as 6.1-inch infotainment screen. The Heated front seats covered in leather (faux one) and auto-dimming rearview mirror, among else. In conclusion, for non-crossover SUV, 4Runner is decently quiet and comfortable on the inside, especially compared to its only mid-size competitor. That would be Wrangler.

We have already established that uncivilized areas might be as well considered as 4Runner’s home turf. What about the pavement? Well, you just have to acknowledge that you can’t have both. Tightened up the suspension with short travel and body refusing to roll; might do wonders for your driving joy on asphalt, but on harshly uneven outdoor surfaces it does the opposite. So, all that off-road prowess charge its tall with extensive body roll, bouncy ride, and limited levels of lateral g. Still, for the body on frame SUV (emphasize on that), this Toyota is decently composed, and steering is interestingly precise.

Engine department generally follows unrefined road manners with heavily dated. Port injected, naturally aspirated 4.0-liter V6 pumping out 270 hp and 278 lb-ft of torque, matched with a 5-speed automatic. You can easily see that bigger power output is nowadays easily extracted from 3.0-liter engines without any need of turbos and five speeds for shifting seems kind of lacking in the world where a double amount of that is already spreading around.

Fuel efficiency is just follow up on the appalling story with 18 mpg combined. Still, for off road utility mentioned mill promises robustness and longevity, while fuel efficient turbocharging have a tendency to come with sudden and unexpected bursts of power; which you wouldn’t fancy while rock crawling with some wheels touching nothing but air.

2018 Toyota 4Runner TRD Off Road is already present, and as we established, it actually was from before, just previously deprived of that fancy badging. Base SR5 trim asks for $34.7 three grand more is needed for Premium treatment, while ultimately hard-core TRD Pro is $42.8k. It gets even higher with $45k Limited trim trying to inhale some luxury note to this brute.

TRD Off Road sits in the middle with the tag of $37.6k while Premium is at $40.3k. So, as we mentioned above, for around three grand more you’ll get a bunch of useful stuff over the regular model which has a potential of perfectly satisfying all your off road fantasies. While you’ll save five grand over TRD Pro. This just might be that sweet spot you are looking for.

As for the rivals? There is almost no any. Wrangler does bring that extra dose of charm with elevated toughness and more famous badge, but until you reach that wilderness this Japanese will nourish you much better; and when you are there, it almost doesn’t lag behind. 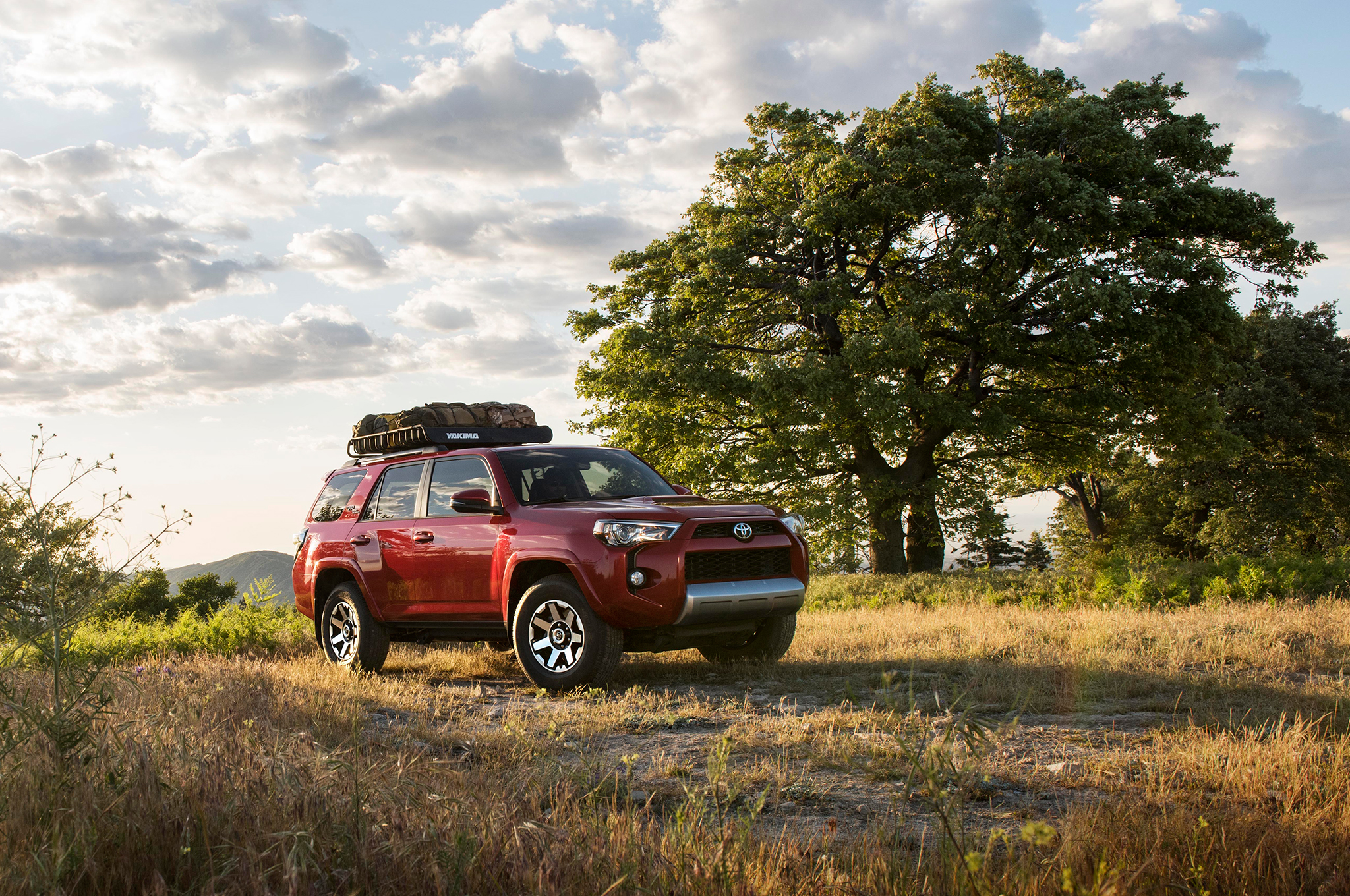 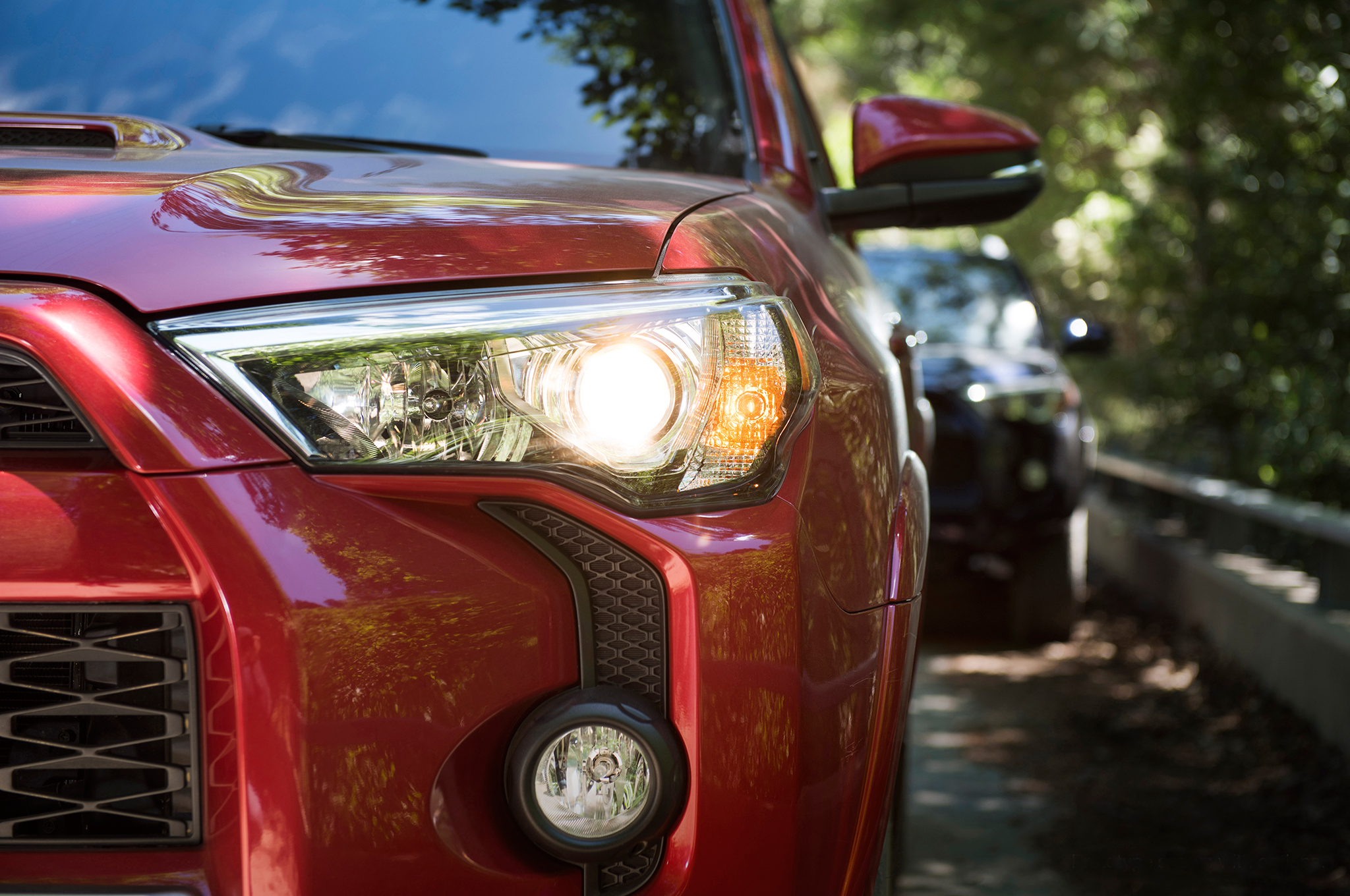 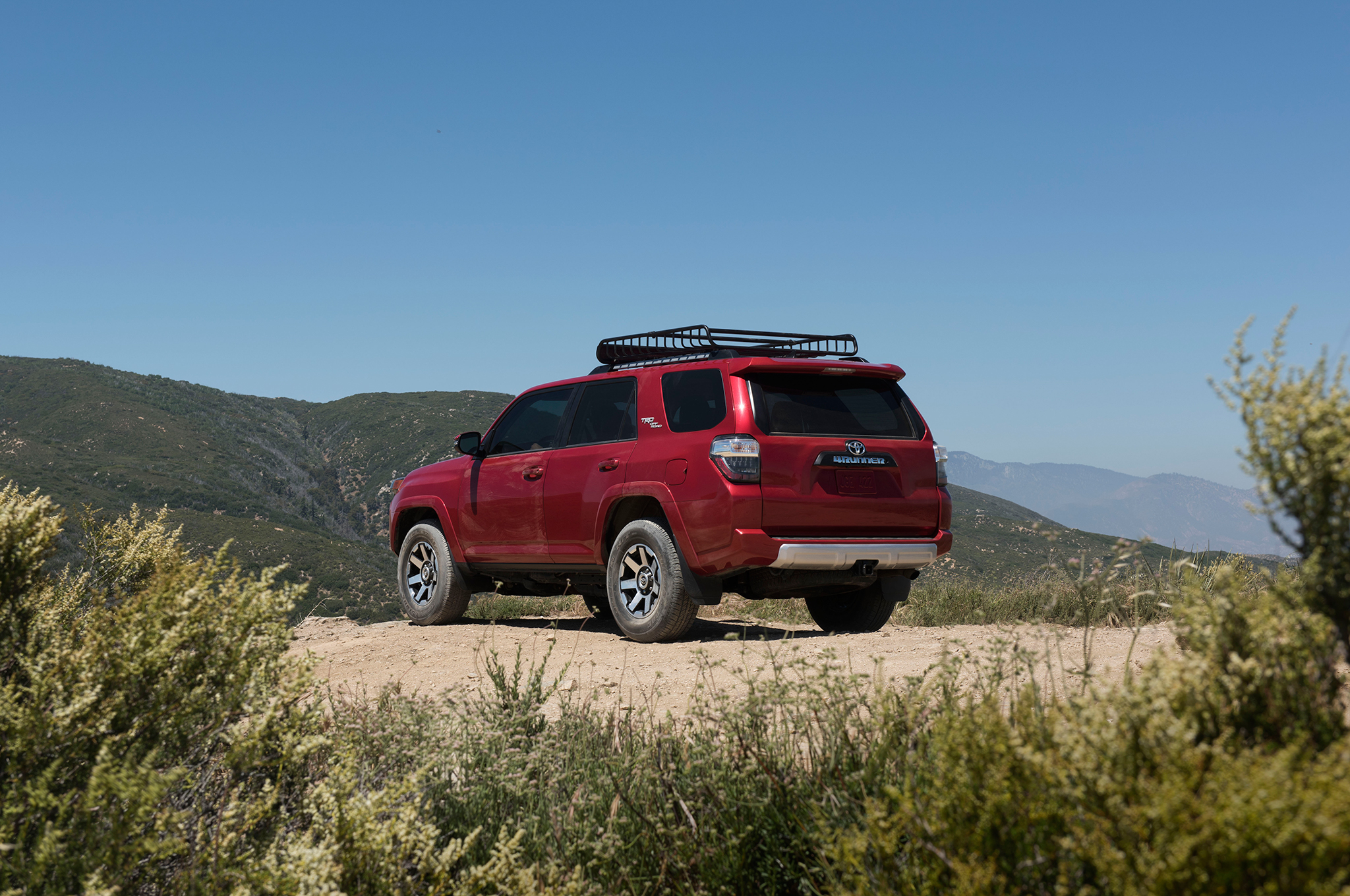 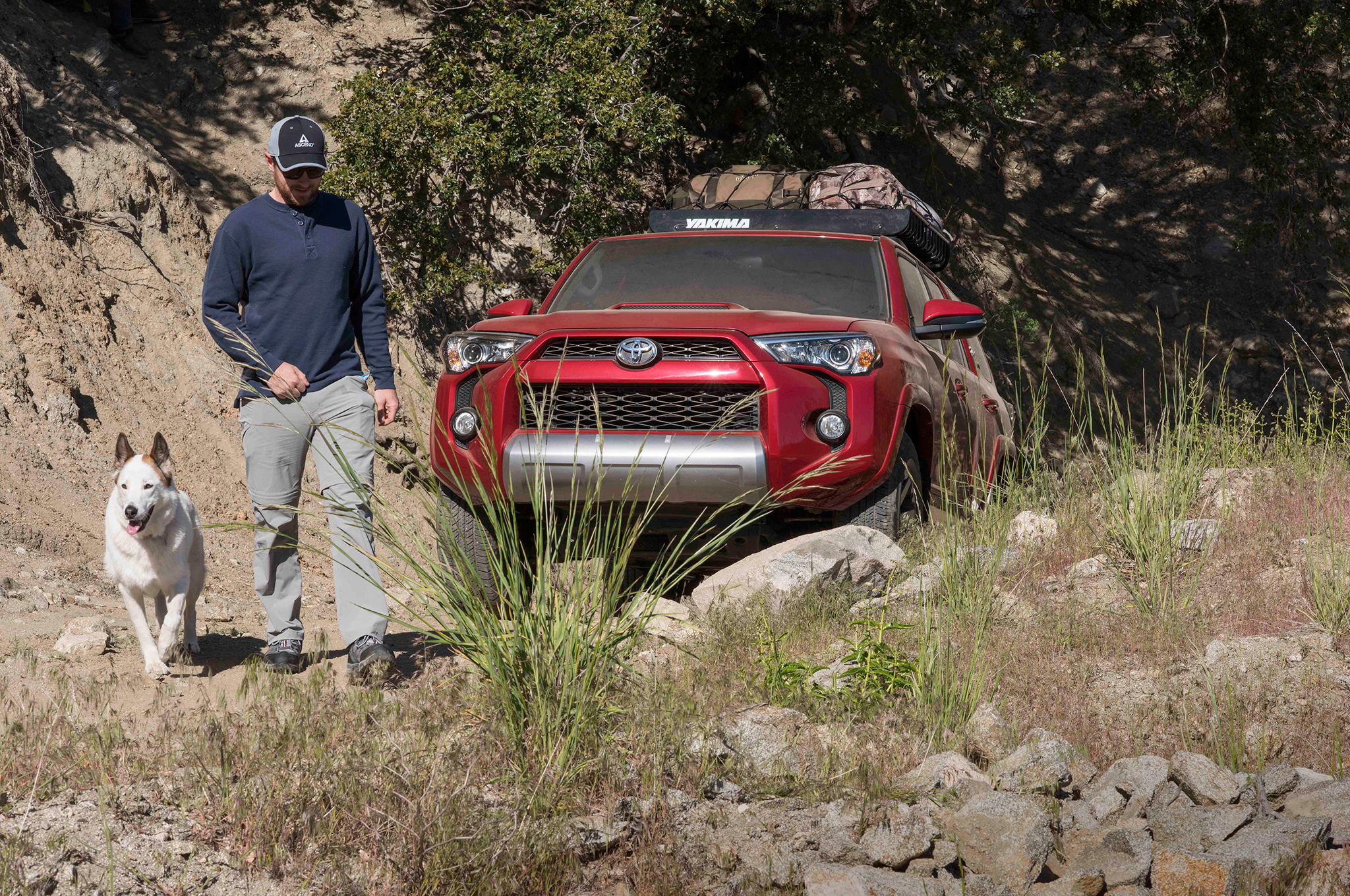 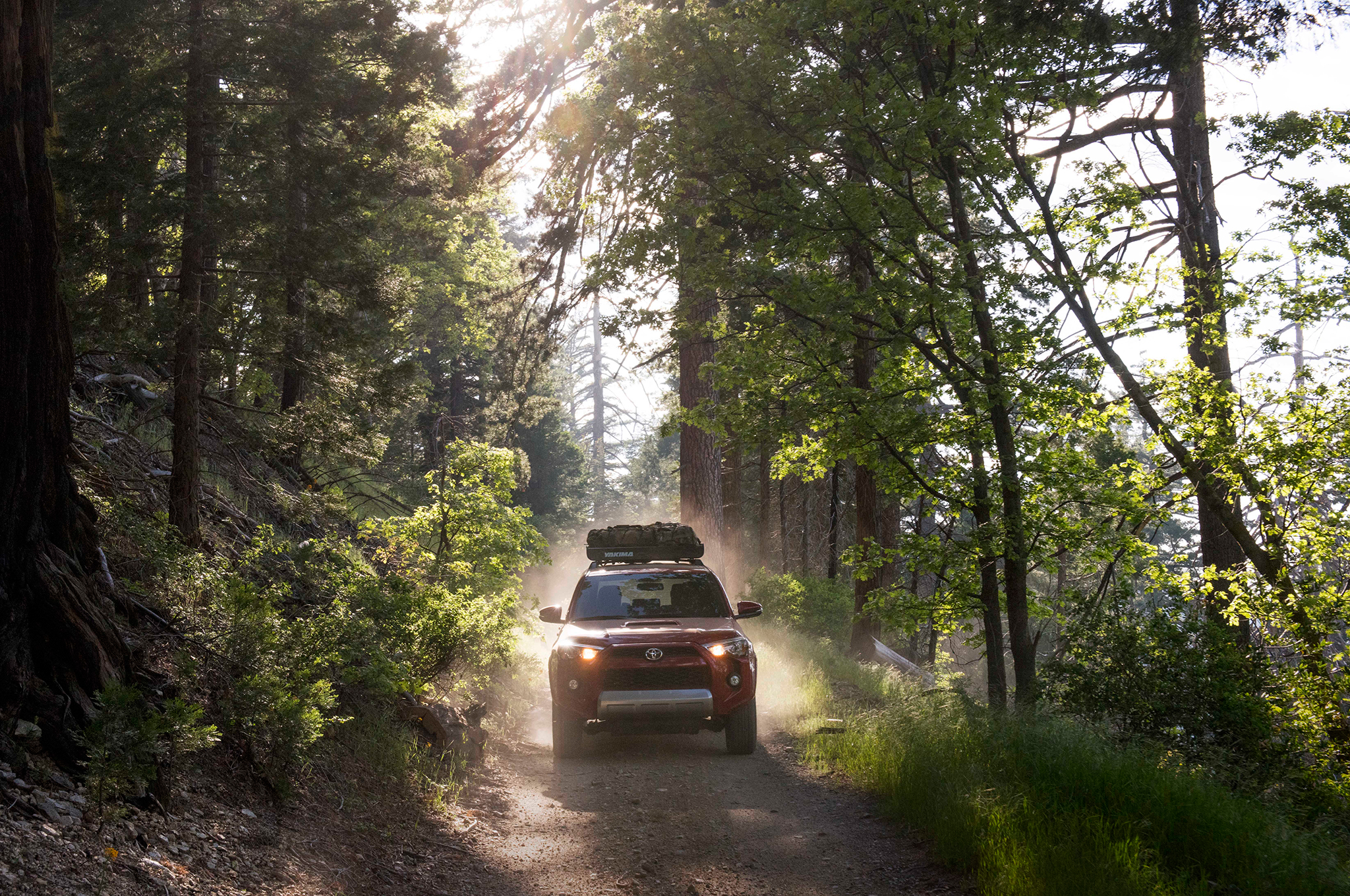 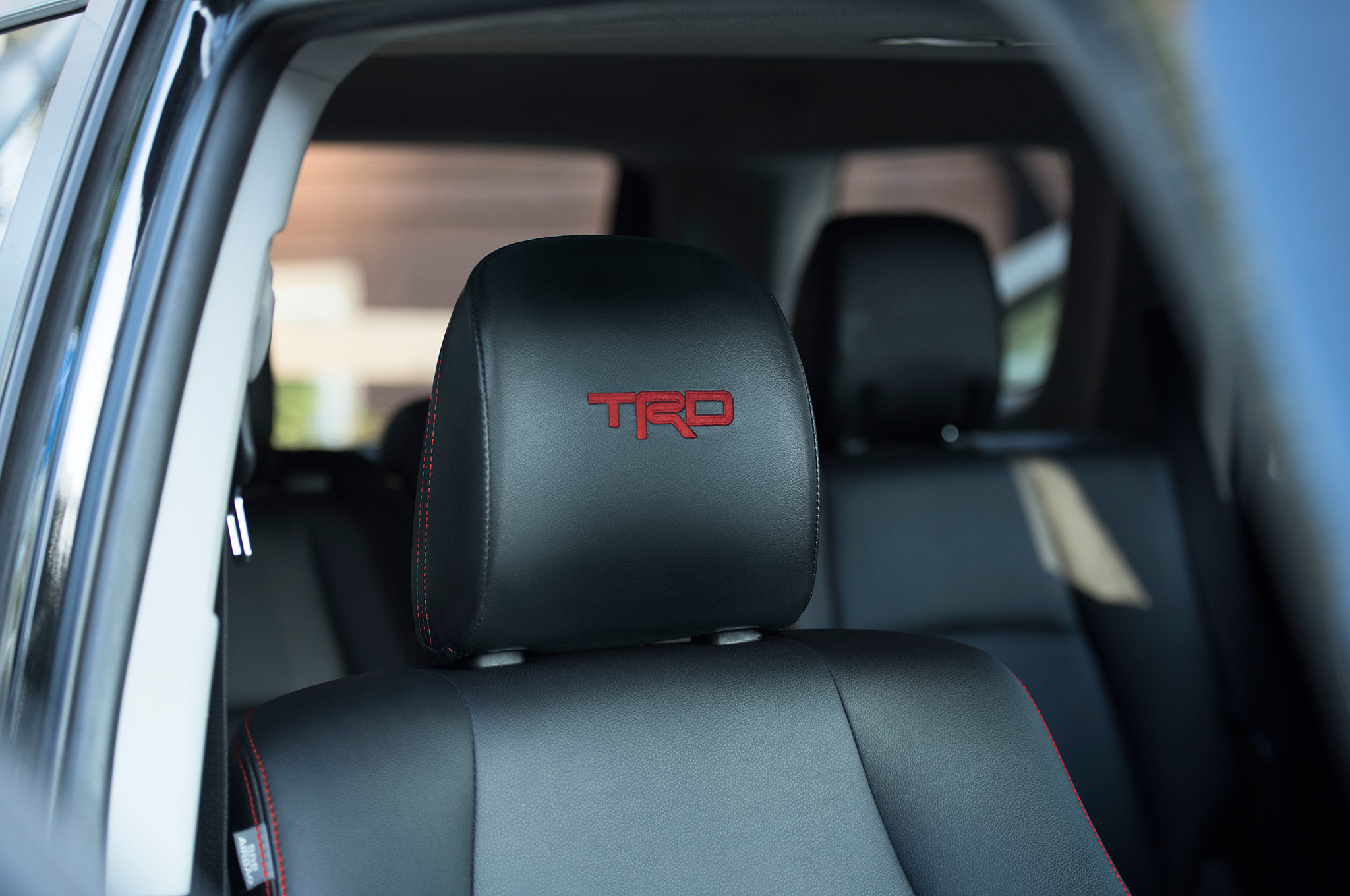 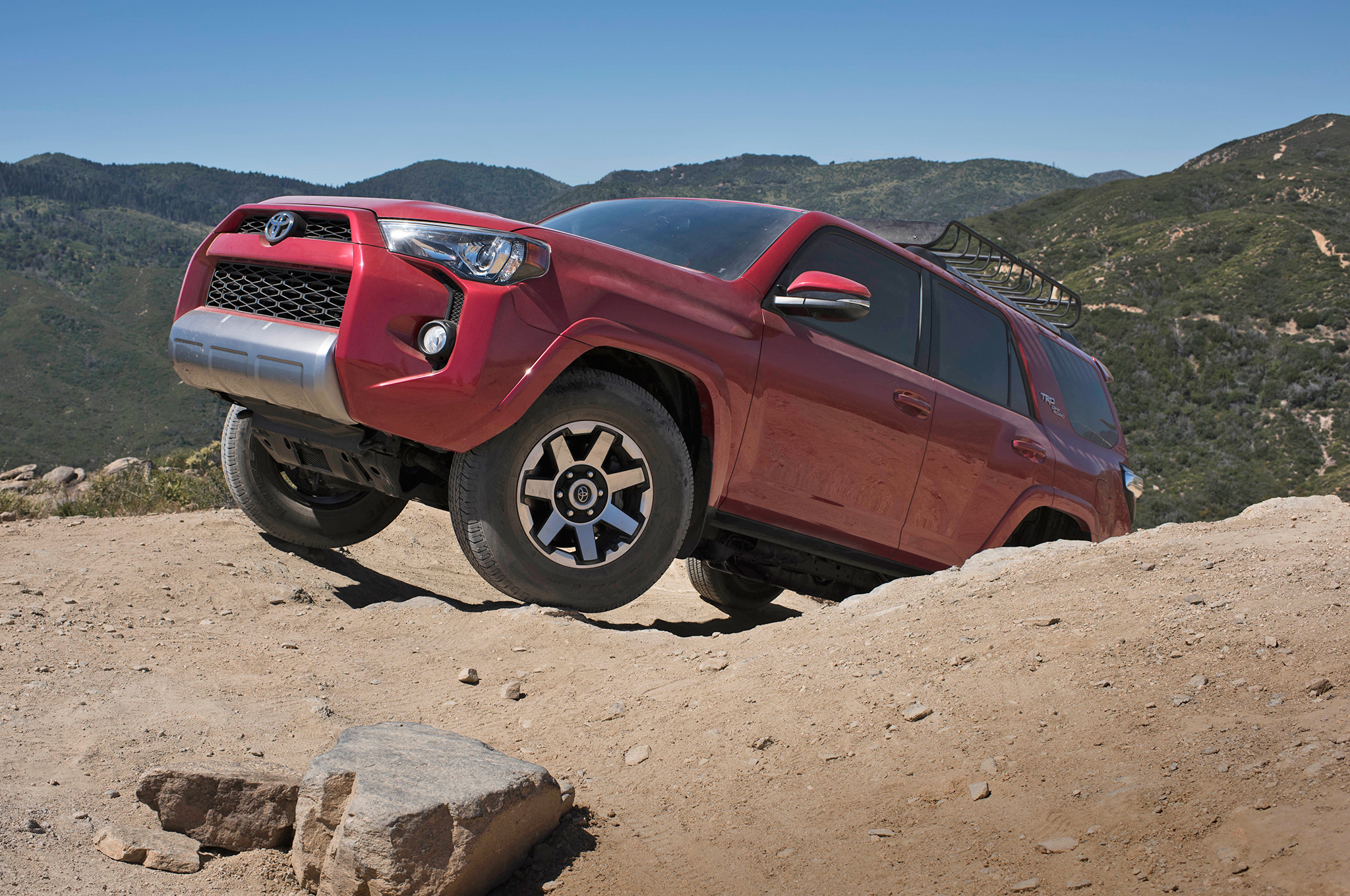