Released in 2014, the current Edge is the car that started Ford’s design revolution. Since its release, the model didn’t change all that much and it actually started to lose customers. The main reason for this has to be the cabin of the car which is one of the least impressive in its class. Also, for the money, the Edge doesn’t really bring all that many features to the mix which is not ideal. In order to solve all of that, it looks like soon enough the manufacturer will release the 2019 Ford Edge.

So far they haven’t confirmed the new model. However, the car was spied wearing heavy camouflage, and it looks like there will be more than just minor cosmetic upgrades. We can expect a revised design, inside and out, and updated engines as well. The result should be one of the better looking and more powerful crossovers on the market.

Just like its predecessor, the Edge uses the same platform as the Lincoln MKX. This means it is a front wheel drive car with a car-like suspension setup. Thanks to that, the Edge drives better than most crossovers while also being comfortable. The car is not that bad in off-road either, but it could definitely do better. The biggest drawback of the current model is its price. The car starts at $30,000, and it will go up from there. While this is roughly the average of its class, the Edge is actually less equipped than most of its rivals which is the biggest problem here. In order to solve that, the new model should bring a lot more gear as standard. For now, it looks like the new Edge will hit the market in early 2018. So far Ford hasn’t confirmed the date, but it looks like this is the case.

The hexagonal grille and the swept back headlights of the current model definitely give it a really aggressive look. These traits should be carried over to the 2019 Ford Edge too. However, the new model will also have a classier look to it. From the spy shots of the camouflaged vehicle, we can clearly see a new grille and slimmer headlights. Chances are Ford is looking to offer an even edgier design than before that would elevate the way their crossovers look. The three horizontal slats grille will likely stay, but the triangular intakes should be gone. Also, the rear will receive a similar styling update. It looks like the new model will not continue to receive a car-wide tail light. On top of that, the exhaust seems different too while the roof spoiler could increase in size.

As we said, one of the biggest drawbacks of the current model has to be the design on the inside. Even though the car is relatively well made, there are plenty of missing features, and the lower part of the interior is made out of really cheap plastics. All of this is expected to change with the future 2019 Ford Edge. For starters, the dashboard will likely get a new design inspired by that of the Chinese-only Taurus. The car should get a wider center stack, a more rounded dashboard appearance as well as far less buttons than before. The infotainment system will also be replaced with Ford’s latest unit which will get rid of all those “Sony” branded buttons.

There are currently four different engines available on the Edge. The 2019 Ford Edge is actually not going to change that. The base model in the US will likely retain the same 2.0-liter turbo-four as before. However, this time around it should make 245 horsepower and 275 lb-ft of torque. The 3.5 liter V6 might be replaced with Ford’s new 3.3-liter unit which is capable of just as much power while being more efficient. The range-topping Sport model will retain the older 2.7-liter twin-turbo V6 which is known to make 315 horsepower and 350 lb-ft of torque. All three engines should ditch the old six-speed automatic for Ford’s all new nine speed gearbox. Europe will also get a 2.0-liter turbo-diesel with 180 or 210 horsepower and up to 332 lb-ft of torque. This model will be available with either a six speed manual or with a six speed dual-clutch automatic. 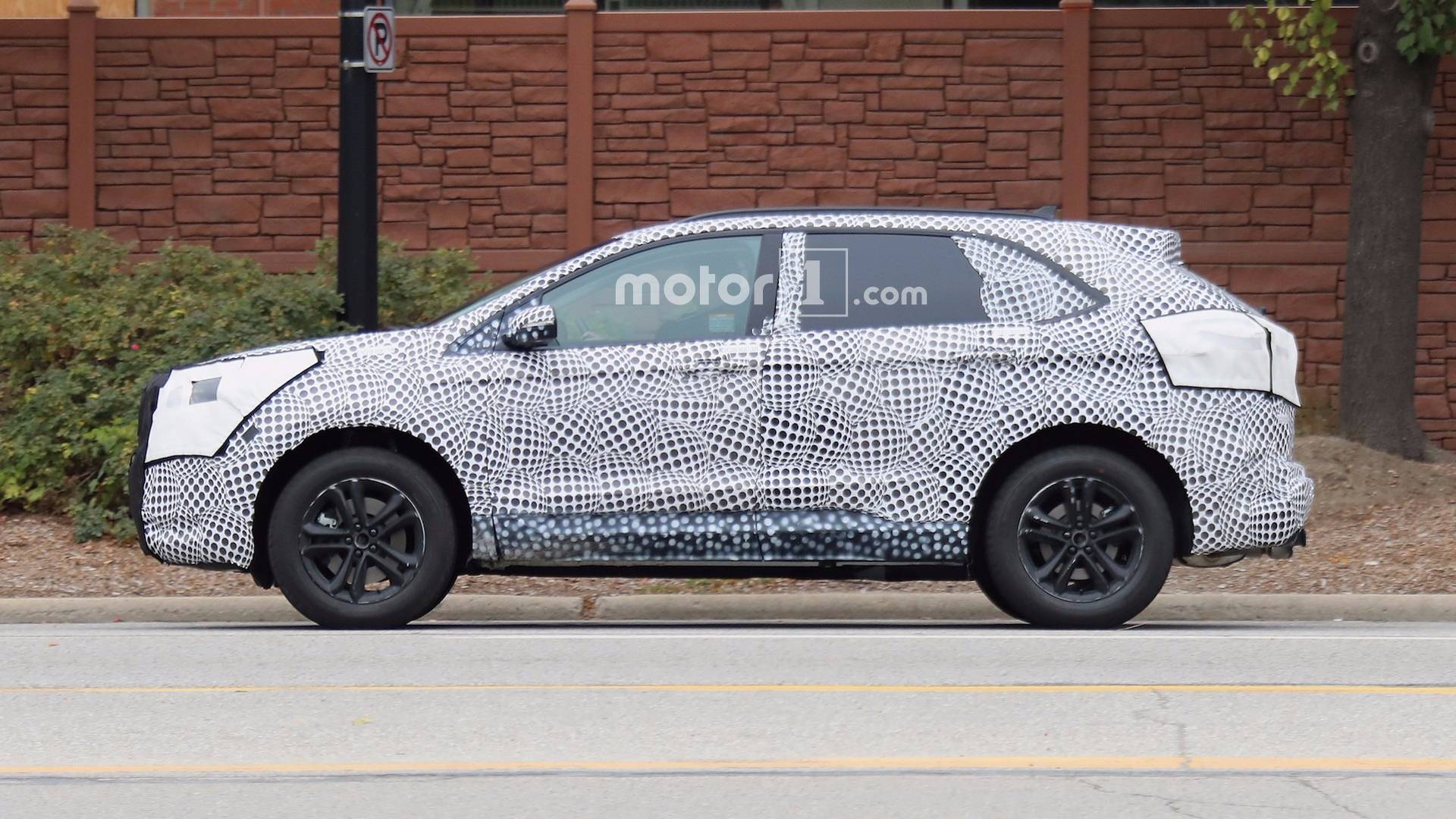 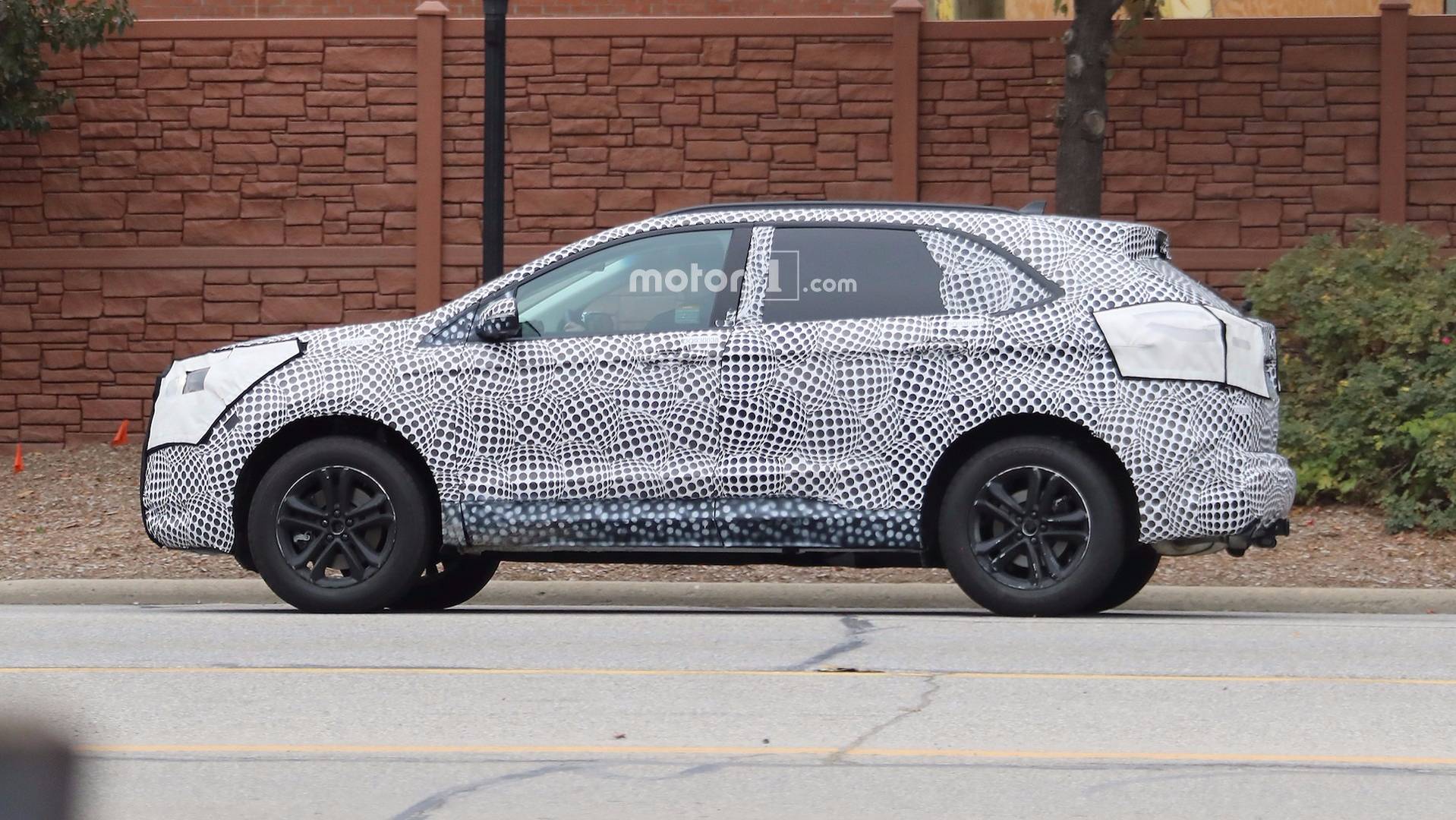 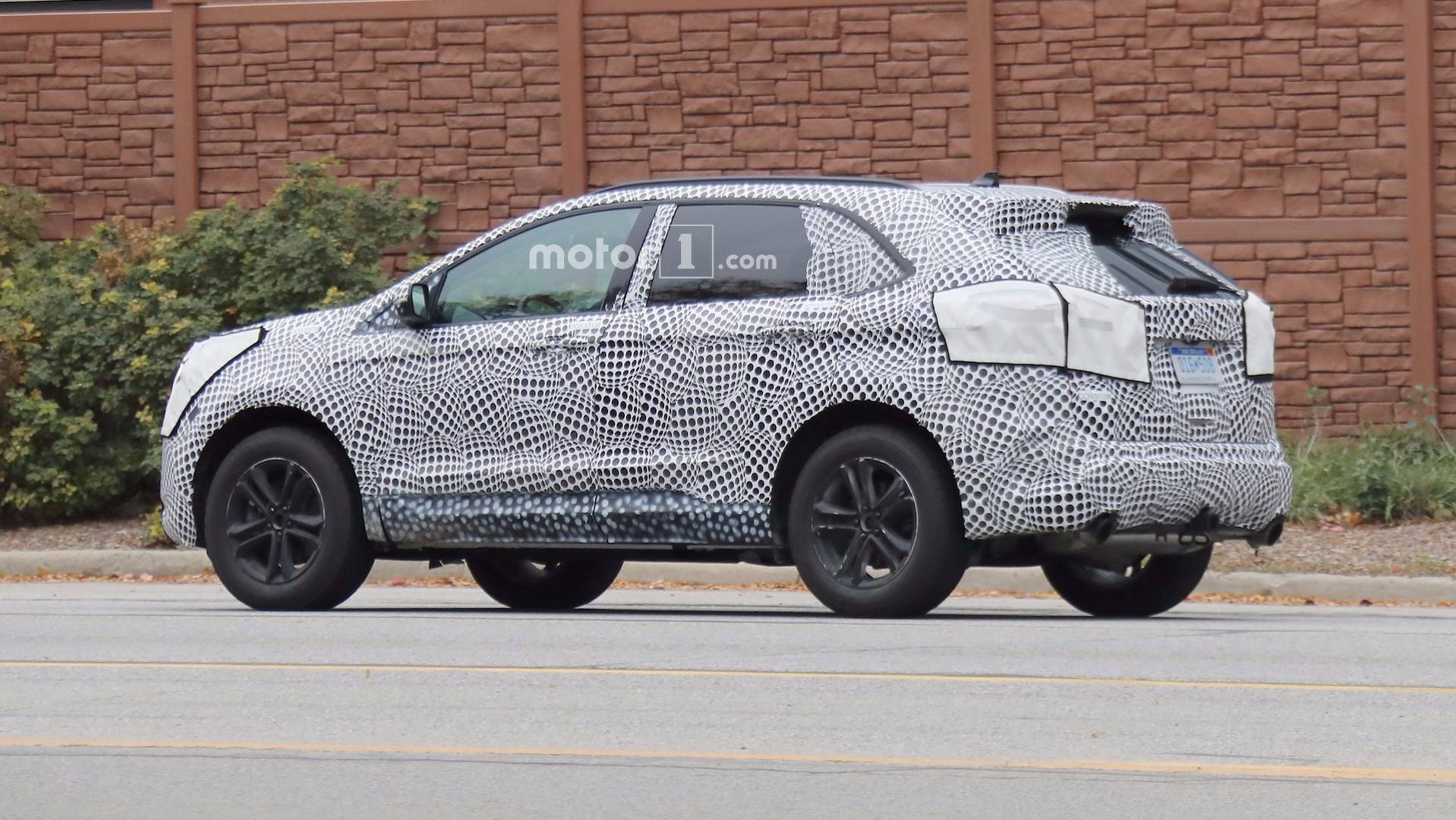 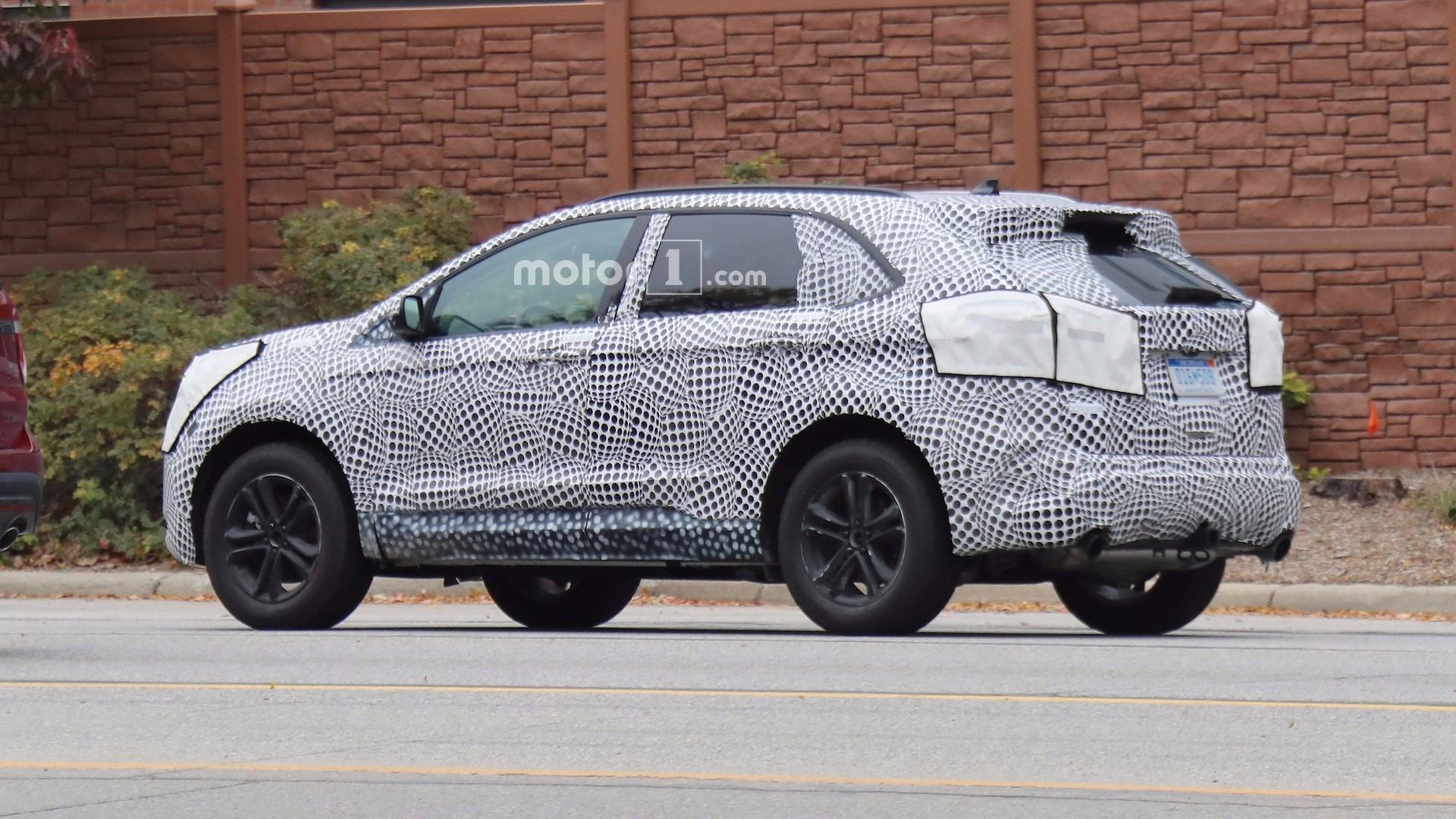 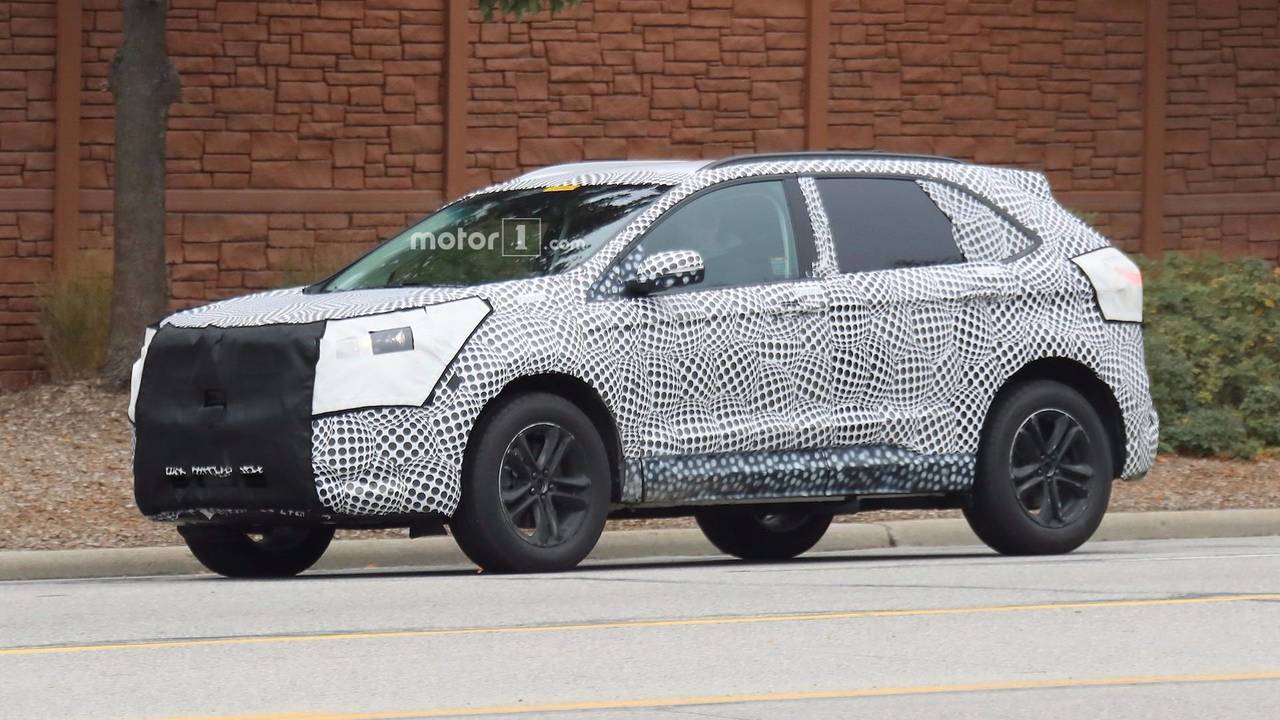