Jul 10, 2017 / 2019 Mercedes-Benz G-Class – New chapter, old values. G-Wagen managed to become a recognizable icon over the years. It barely changed visually over forty years and under the skin it still wears lots of ancient history. Still, despite being rudely priced it became an object of desire for many fashionable urban dwellers and theoretical lack of style and trendiness obviously had boomerang effect pushing it into the heat of posh buyer’s cravings. Starting price tag of $124k leaves it standing rather alone on highest shelves, while closest recipe of full blown traditional SUV capabilities in uncompromised shape lies in the area of $30k priced Wrangler. The success of both will draw others to the game, and we already know that Defender is about to be resurrected along with funky FJ Cruiser and Bronco. Any of them will hardly affect multiple times more priced boxy Merc, but nevertheless, Stuttgart prepares some changes in the future.

How to approach with changes a grossly outdated product in an aesthetic sense, when that exact obsolete style made it famous. Cautiously, for sure. Upcoming 2019 Mercedes-Benz G-Class still respects the tradition of “fewer the better” for visual changes, and it is not alone as Defender and Wrangler followed the same. We could slot under the same phrase 911 also, but it belongs to another story, so we’ll leave it alone in this case. Yet, Germans have prepared some novelties for a new generation as spy photos reveal that mirrors are rounder, the grille is differently slotted, bumpers are tweaked, and all lights are LED treated. The biggest change comes in 4 extra inches of width giving wonders for the cramped cabin, though affecting off-road “squeezing through” ability which was rather good due to the previous very narrow figures.

The only thing that could barely try to justify enormous price tag is a cabin since it is the only thing that evolved with a bit more pace over the years. Basic layout was somewhat preserved, but it was gradually coated with layer over layer of luxury. Still, take that with a grain of salt as we would be afraid to match it with anything in its price range since it is consisted of things as Range Rover with lots of options checked. Anyway, the story of interior progress is about to carry on, but this time skipping several steps. As available spy photo taught us, big revamp is on the way, bringing this “Wagen” closer to other brand’s products.

Center console gain new heights, and infotainment screen is now incorporated in it and merged with instrument panel, as in latest E and S-Class. Vents, buttons on the dash and lower console are all shaped in latest Merc manner, which would also include steering wheel, thank God!, since the current one is stuck in a previous decade.

If we try to see what’s coming up for underpinnings, the answer is a complicated one. The ancient platform is here to remain, which still implies embarrassing road behavior, but on the other hand amazing off-road one. Things like solid rear axle, 4WD system, low range gearbox and the maximum amount of locking differentials (that would be three), will still reassure about roaming abilities. Stuttgart does intend to improve life on the tarmac too, as suspension is destined for some tweaks improving comfort and handling manners, new driver assists systems are coming, hydraulics helping steering system are freeing space for electricity powered stuff, and finally amplified use of aluminum in architecture is about to shed some hundreds of pounds from hefty weight figures.

Current base offer or G550 already abandoned naturally aspirated 5.5-liter V8 in favor of twin-turbo 4.0 V8 rated at 416 hp, which is probably to remain as it is, apart maybe for some power increase. Bigger changes are set for AMG versions as old twin-turbocharged 5.5-liter V8 is currently being replaced with new above mentioned 4.0-liter V8 (but AMG-tuned) in all brand’s AMG 63 models, which would include new AMG G63. The Same mill in the case of newest AMG treated E-Class boost over 600 hp, which seems pretty satisfactory to us. In the end, we are left with twin-turbo 6.0-liter V12 currently delivering 621 hp in AMG G65 version.

Don’t be fooled by V12’s impressive hp figure as currently weaker G63 reaches 60 faster and obliterates whooping $80k pricier sibling on the drag strip and with new V8 things could get only worse for the top offer. Nevertheless, a decent number of buyers are stubbornly going for a top number of cylinders, leaving us with the impression that ancient V12 with single cam shaft and port injection still have some future.

You have either already fallen under its charm, and all this upcoming stuff about 2019 Mercedes-Benz G-Class push you into a delirium of happiness, or you are disgusted with a highly overpriced shoe box with rough metal creases, and all mentioned to come doesn’t change anything at all for you. We think that G-Wagen simply doesn’t care of later since former is sufficiently abundant.

Apr 3, 2017 / The G-Class is Mercedes’ oldest design, and even though it is one of the most expensive SUVs, it still uses the same basic chassis as it did more than 40 years ago. However, it seems that this will change with the upcoming 2019 Mercedes-Benz G-Class. That’s right; the G-Class will finally receive a new platform after nearly half a century. However, while it will be new, some parts will be shared with the older model. While this is a rather unusual approach, considering how old the current model is, it should maintain the ruggedness and off-road prowess.

The price will most likely not change all that much meaning that it should start at roughly $120,000 and go up from there. The release date for new 2019 Mercedes-Benz G-Class is not officially scheduled yet. From little information we could gather from around the internet, this model will be presented somewhere during the year 2018 as 2019 model.

Like we previously mentioned, this will be the first time in 40 years when a new chassis will be used. This will be with up to 4 inches wider than the older car. Also, with the added width, an entirely new suspension system is going to be used. It seems that Mercedes wants to offer a much better ride quality on the road without compromising off-road prowess. From the spy shots of the development mule, it seems that Mercedes will not abandon the live rear axle. The front will also likely feature a live axle as it allows for high capabilities in off-road. It also seems that they are going to use quite a bit more aluminum and high-strength steel. This should allow for as much as 440 pounds of lost weight.

It is not really a surprise that the 2019 Mercedes-Benz G-Class will be pretty much identical to the current model. This is mostly because Mercedes built a reputation for the 40-year old model and if they would dramatically change it they would likely lose most of their customers. Expect the same vertical windshield, a similar front end as well as the already trademark round headlights. At the back, not much will change either with the spare tire still mounted on the left side of the tailgate.

Here a few more things are going to be changed over what it currently available. The extra width will offer quite a bit more room inside the cabin. On the current model the cabin is rather narrow and even though it is comfortable, it is not as comfortable as the competition. The new car will change all of that. The actual design of the dashboard, instrument cluster as well as the seats should all be similar to Mercedes’ other high-end offerings.

For the US market, two models are going to be offered for starters. The 2019 Mercedes-Benz G-Class will get the G550 and the G63. Both of them are going to use the same 4 liters twin-turbocharged V8 petrol engine. The base G550 should still offer around 416 horsepower and around 450 lb-ft of torque. The G63 on the other hand, despite having the same driving force, is expected to make over 550 horsepower and 500 lb-ft of torque. Later down the road, a twin-turbocharged V12 petrol engine is also a real possibility. However, at this point, not much else is known about it.

In Europe, the base car will most likely receive a 3 liter twin-turbocharged six cylinder diesel. This should be close to 300 horsepower and over 400 lb-ft of torque, and it should be a highly efficient engine over the petrol offerings. In any case, a new nine-speed automatic is expected to be used while the AMG versions might stick to the older seven-speed unit due to its strength and fast response times over the new nine-speed box. 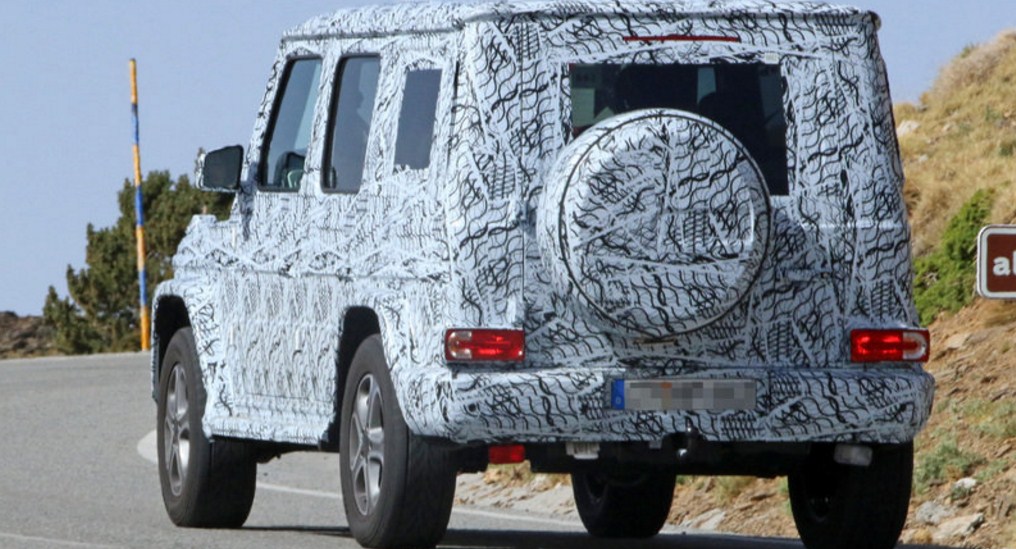 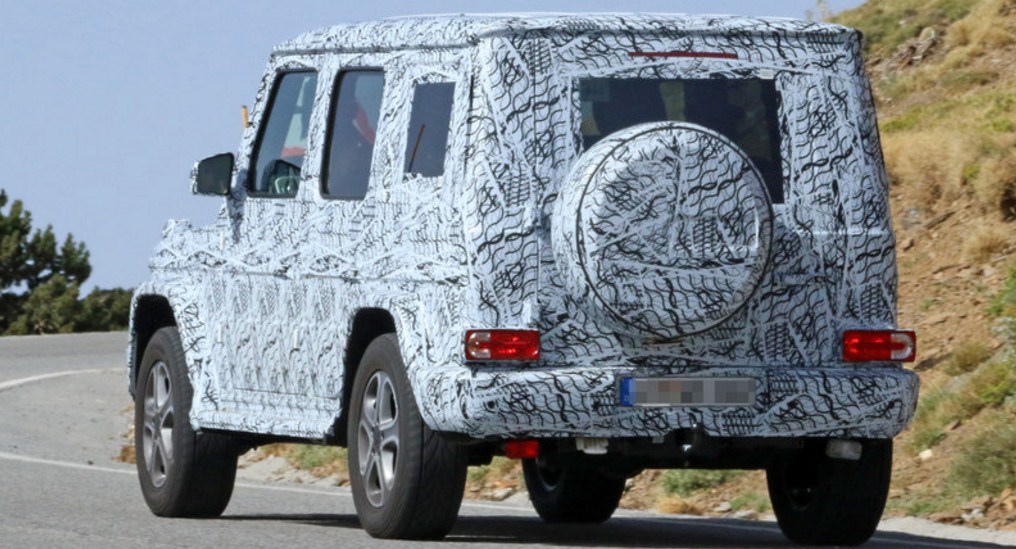 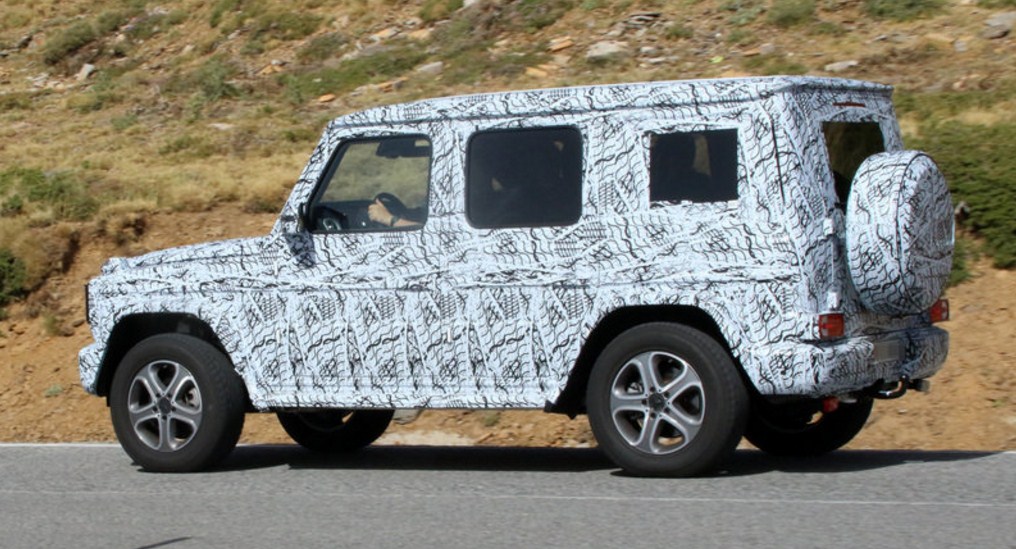 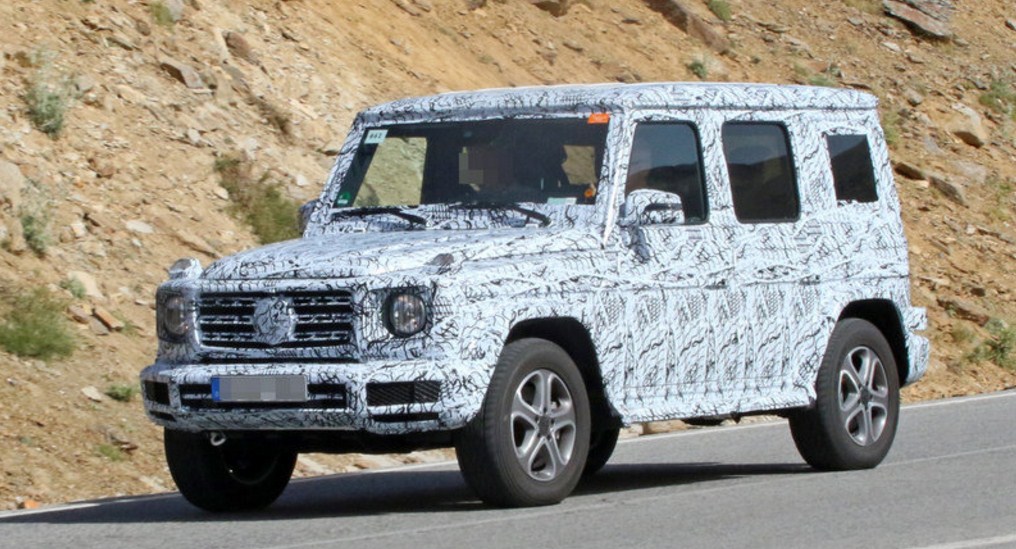 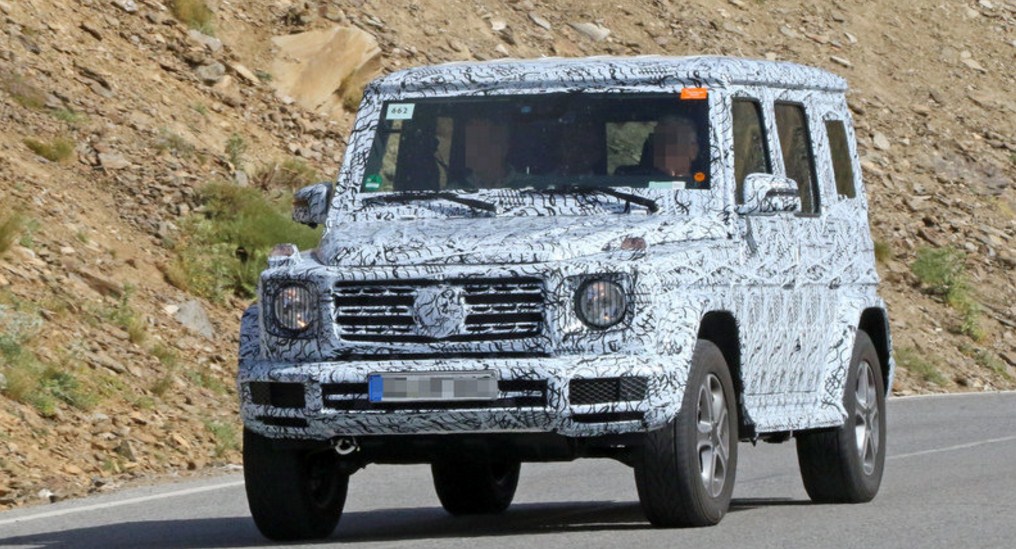 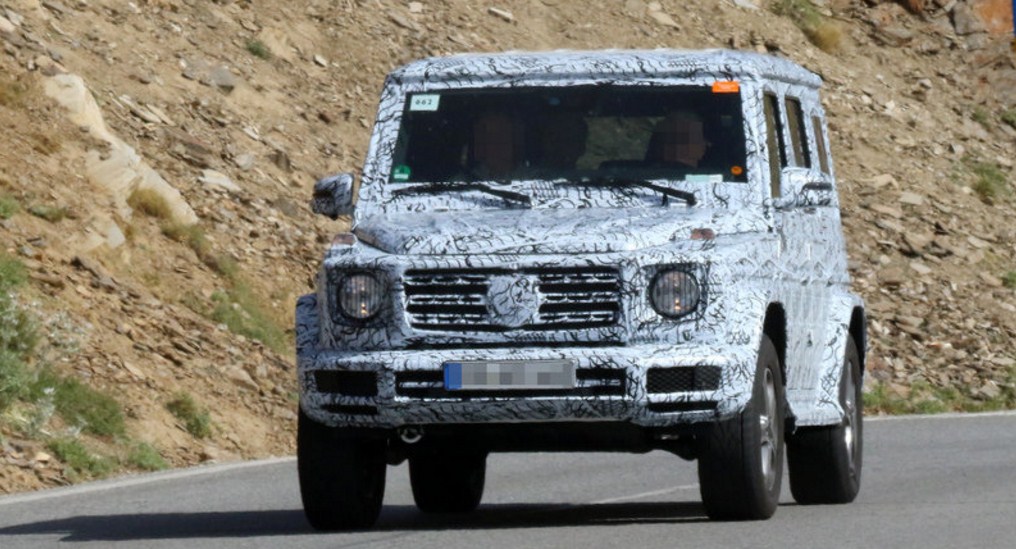 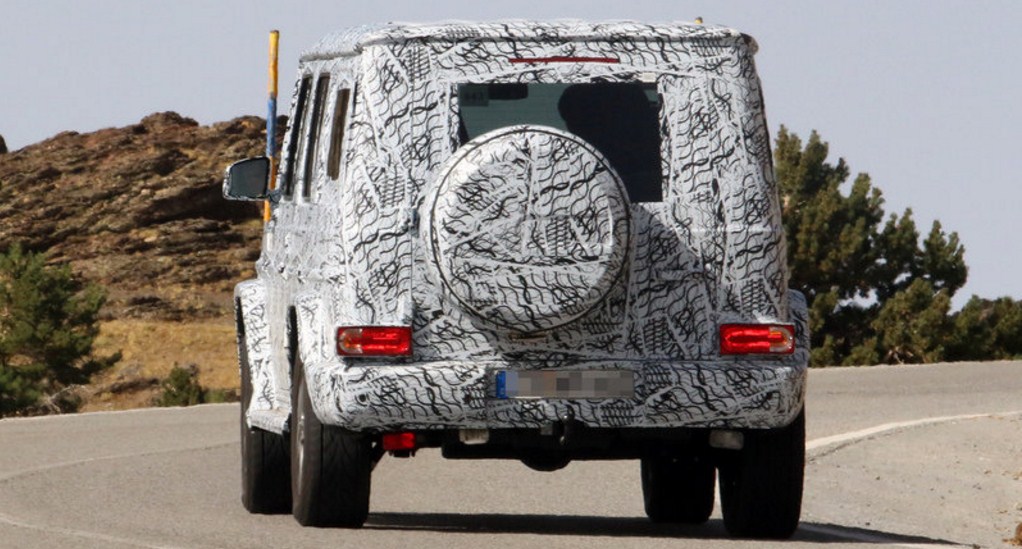 For the US market, two models are going to be offered for starters. The 2019 Mercedes-Benz G-Class will get the G550 and the G63. Both of them are going to use the same 4 liters twin-turbocharged V8 petrol engine. The base G550 should still offer around 416 horsepower and around 450 lb-ft of torque. The G63 on the other hand, despite having the same driving force, is expected to make over 550 horsepower and 500 lb-ft of torque.