2019 Subaru Forester- Beauty comes from within, in this case! There is a saying “it’s not all about the looks, ” and Subaru would be a direct proof of the statement. One of the brands which hardly allure visually, yet sales during last decade saw nothing but steady upward trajectory. Forester appears as not so beautiful, jacked up the wagon, while Outback is not so special elevated estate, but still, sales figures of both, kind of exploded in the last couple of years. “There is no such a thing as coincidence, ” and all those buyers couldn’t be wrong altogether. So, as the brand new 2019 Forester prepares its arrival, let’s judge whether it is worthy of the wait.

2019 Subaru Forester is set to arrive during next year while starting price should probably remain in the present realm of $23,500. The current recipe is set for evolution, not revolution; so you could probably find prettier, fancier, more lavish and more driving engaging stuff already present in the segment. It’s somehow plain approach doesn’t seem to put off enough potential buyers seeking for its inner virtues. And they all appear to find some. We already see a newcomer strolling through the same ancestor’s path, with understated, but a fulfilling smile on its face.

Forester currently looks distinct from the rest of the compact CUV bunch and according to spy shots, it’ll remain to do so. Stubbornly but reassuringly, estate wagon shape is here to stay, no matter nobody else in segment sticks to it. Still, some effort has been produced to bring it closer to its division affiliations. Headlights and whole fascia seem elevated as well as shoulder line which goes upwards above rear fender; all resulting in more bulkier appearance. Which is what you want from something trying to be an SUV!

Don’t expect from it to suddenly become looker, but a slight increase of curbside presence seems imminent.

Forester chooses understated styling approach, but it generously recompenses with other things. Straightforward (blunt!) shape might not stir any emotions, but interior space is vast with levels of visibility almost extinct in today’s funky styled products. Replacement not just respects the stated it seems that it intends to elevate it.

A test mule of 2019 Subaru Forester is evidently bigger, so what is already great is destined to become greater. Plus, the new generation has a chance to alleviate at least partially interior’s dullness and “averageness” of used materials, together with the opportunity to erase faults as lack of Apple CarPlay or Android Auto. Let’s just hope that it will exploit that potentiality at its hand, as same as new Impreza did.

2019 Subaru Forester Under the Skin

We know that besides more inches, more good stuff is undeniably underway. Newest Impreza debuted with the new platform that is destined to underpin everything Subaru’s, including upcoming 2019 Subaru Forester. Mentioned architecture shaves weight and adds new levels of rigidity profoundly improving cornering and overall driving pleasure with new levels of comfort and refinement.

Good, as current Forester, is not especially prominent in that field. Plus, new underpinnings are more friendly toward electricity, and theoretically, plug-in hybrid version is a feasible option in the future.

For the rest be sure that only horizontally moving pistons have placed under Subaru’s hoods, CVT is a norm, and that always clever AWD remains part of standard equipment. Current naturally aspirated 2.5-liter H4 rated at 170 hp, and turbocharged 2.0-liter H4 is boosting 250 hp might experience some power boost. Time will tell. 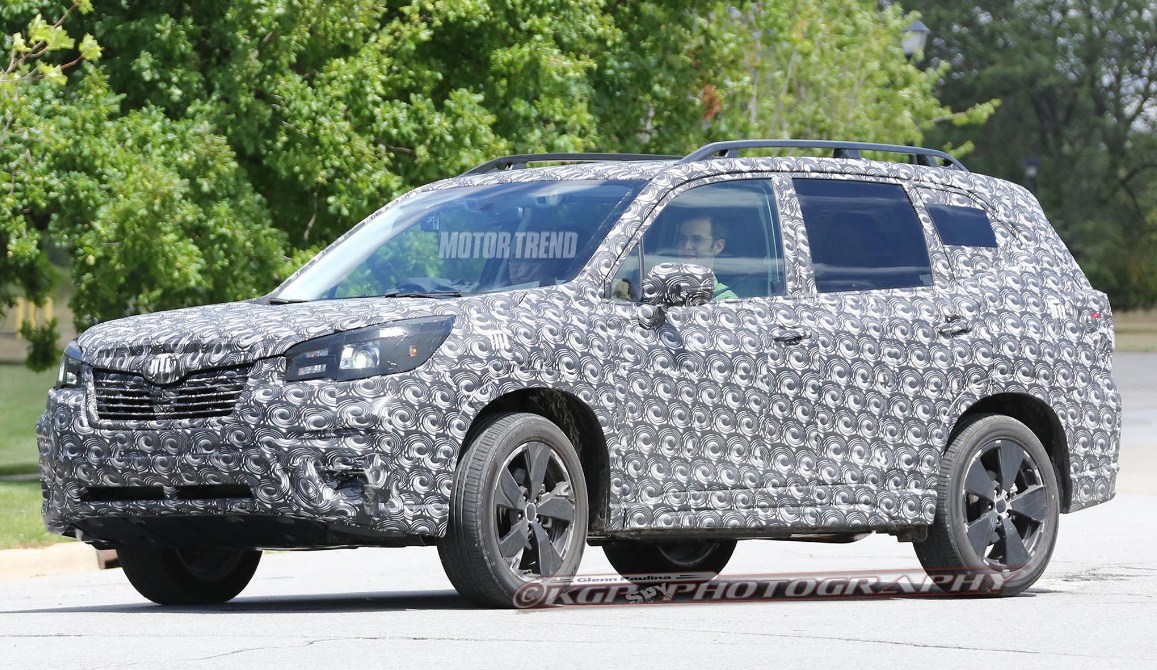 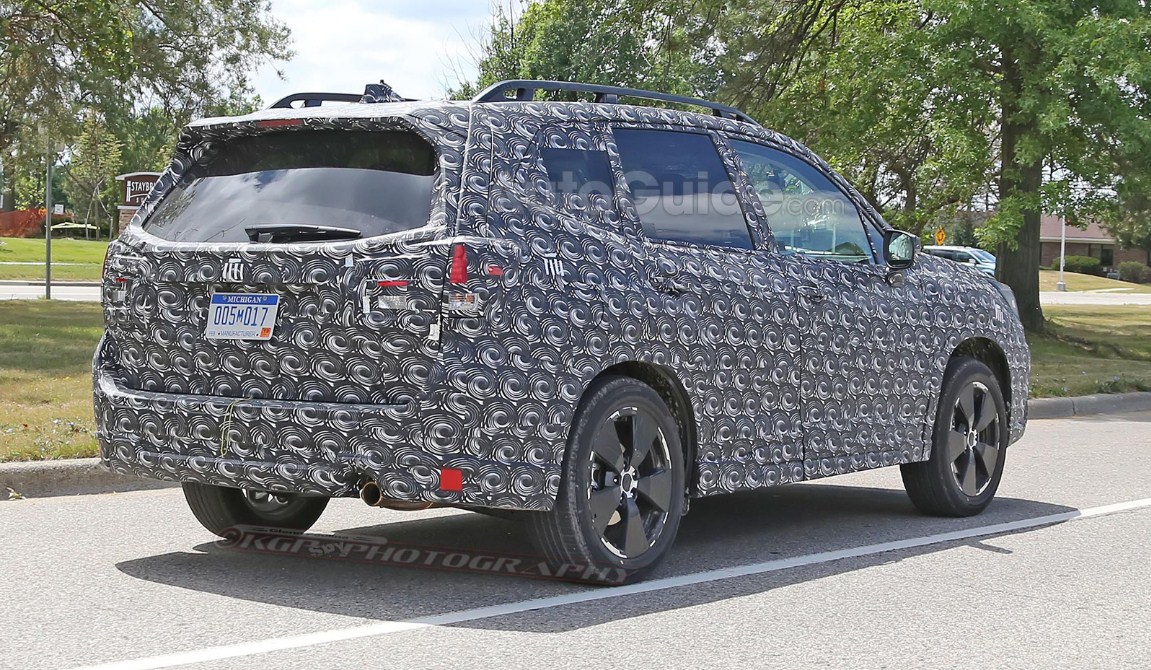 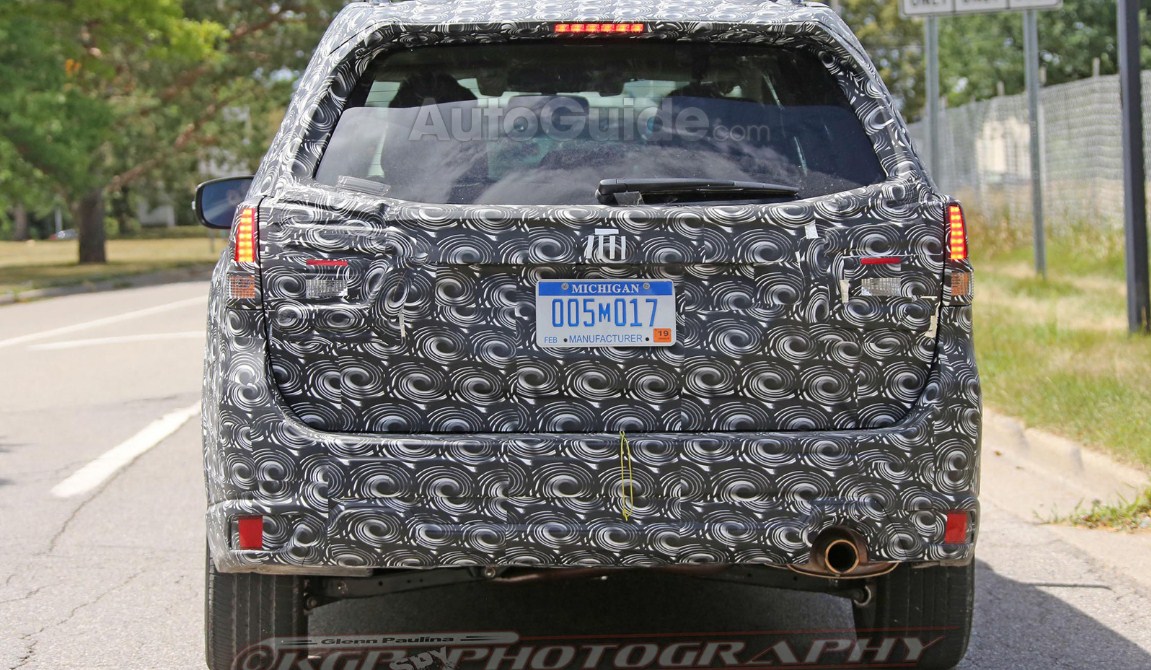 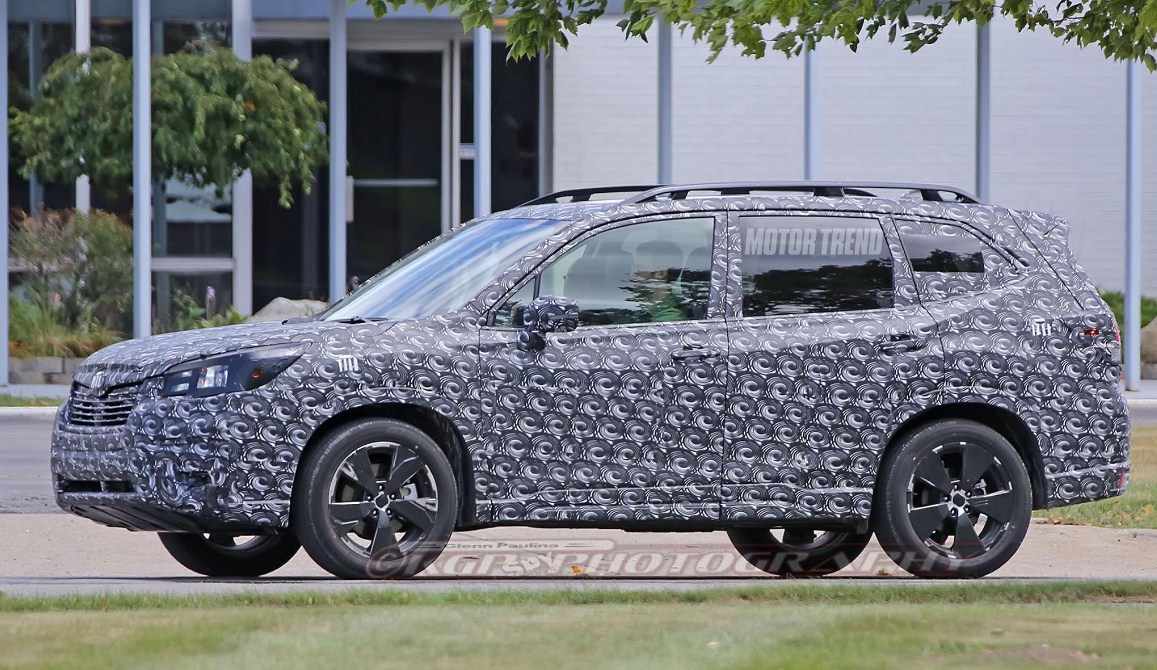