The current generation of the Explorer was released back in 2010, and since then it didn’t change much. The car received a significant update with 2016 MY, and unusually enough, it received a second large facelift a short while ago with the 2018 Ford Explorer. The new version mostly gets exterior updates with Ford’s primary goal being to extend the life of the Explorer until they are ready to release a successor. Even though the changes have been kept to a minimum, it seems to a new version of the car is still relevant. It comes with all the technology one would want and it looks arguably better than many of its rivals. The main drawback of the Explorer remains the sub-par driving characteristics, but even so, it still manages to impress.

The 2018 version of the Explorer has been first revealed at the start of April, and it seems it will go on sale in the upcoming months, likely in the fall. The price hasn’t been revealed just yet. Despite that, it is safe to assume it won’t differ much from the ongoing model. The base version of the car is likely going to cost around $32,000 which is right where most of its rivals are. The top end models of the Explorer, on the other hand, will cost well past $55,000 which is already quite a bit more than any other car in its class. Even with this high price tag, the car will still be competitive but more on that a bit later.

There are two major problems with the 2018 Ford Explorer which are both carried over from the 2016 update. For starters, there is the build quality. Even though we would love a better built Explorer, we have no doubt the car’s materials as well as the fit and finish inside the cabin will remain the same as before. While these would be okay in a $20,000 hatchback, the Explorer is quite a bit more expensive than that. The car’s running gear will also be carried over completely unchanged. This basically means that the Explorer will continue to drive like the larger Expedition without providing the power of the larger SUV. We do hope this will change in the future, but for now, most things will remain the same as before.

As we said, the 2018 Ford Explorer is not perfect as it doesn’t offer the same level of quality as some of its European or Japanese rivals. However, the car is definitely not as bad as some would say. For starters, there is plenty of room inside the cabin. In the base trim levels, the Explorer will accommodate up to 7 people in perfect comfort. As a bonus, the 2018 model will bring a few new features into the mix. It will now come with an optional 4G-LTE modem with a WiFi hot-spot, and Ford will also offer a subscription service for it. Ford will also add a new “Safe and Smart” package which includes a few different things. This includes things like adaptive cruise control, blind-spot warning, forward collision warning, a rear cross-traffic alert as well as a lane-keep assist. On top of that, it will also include automatic high-beams and rain-sensing wipers. While all of these were previously available, this is the first time when the Explorer will receive them as a complete package.

The design of the 2018 Ford Explorer hasn’t been left unchanged either. In the front, there is a new grille with a honeycomb mesh as well as a different surrounding insert. The headlights include different DRLs while the bumper is slightly more aggressive than before. The “Sport” trim level gets a new rear bumper as well as a quad-exhaust system which was previously unavailable. All versions of the car get new rims which make it seem a bit sportier than before. On top of that, the rims are now wrapped in better quality rubber so the upgrade should be well worth the money. A few new color options complete the facelift.

Nothing changes regarding engine options on the 2018 Ford Explorer and that’s fine with us. The car continues to offer one of the most impressive engines in its class as well as one of the better base engines around. The base model of the Explorer gets a 2.3 liter turbocharged EcoBoost inline four gas powertrain. This is good for 280 horsepower and 310 lb-ft of torque which is substantially more than nearly all of its rivals. Further up the range, Ford is also offering a 3.5 liter naturally aspirated V6. Some suggested this may be discontinued for this generation, but it seems it may stick around for a while. In its predecessor, the engine made 290 horsepower and 255 lb-ft of torque, but it provided a slightly nicer character than the EcoBoost. Both of them are going to be available with a front or all-wheel drive system, and both of them will send the power to the wheels via a six-speed automatic. The Sport and Platinum trim levels will be the only ones equipped with the 3.5 liters EcoBoost twin-turbo V6. This engine is known to make as much as 365 horsepower and 350 lb-ft of torque. Unlike the others, this particular version will only be available with an all-wheel drive system and a different six-speed automatic.

There is no doubt about the fact the 2018 Ford Explorer is based on an aging design. The car weighs nearly 5,000 pounds, so it is not exactly light. Because of that, even with the efficient EcoBoost engines, it will barely get 17 to 20 MPG on average. The top-end Platinum version of the car will hit 20 MPG on the highway which is actually considerably worse than a V8-powered SUV. Some suggested Ford will install their new nine-speed automatic in order to alleviate this problem. While it is possible, we wouldn’t bet Ford will change anything about the Explorer until its redesign. 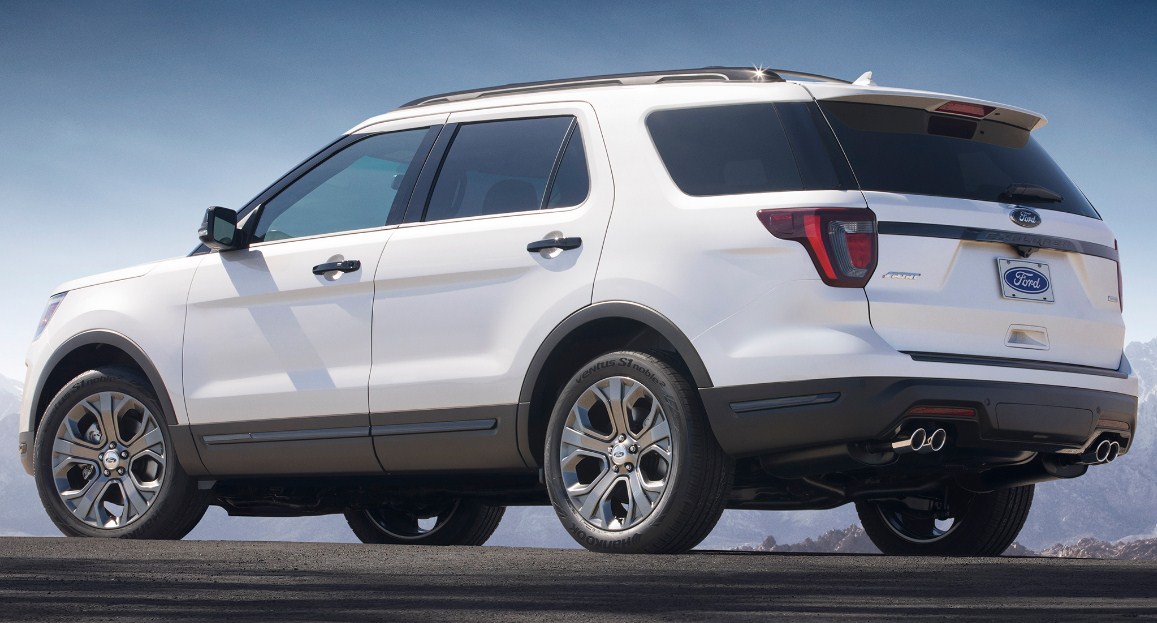 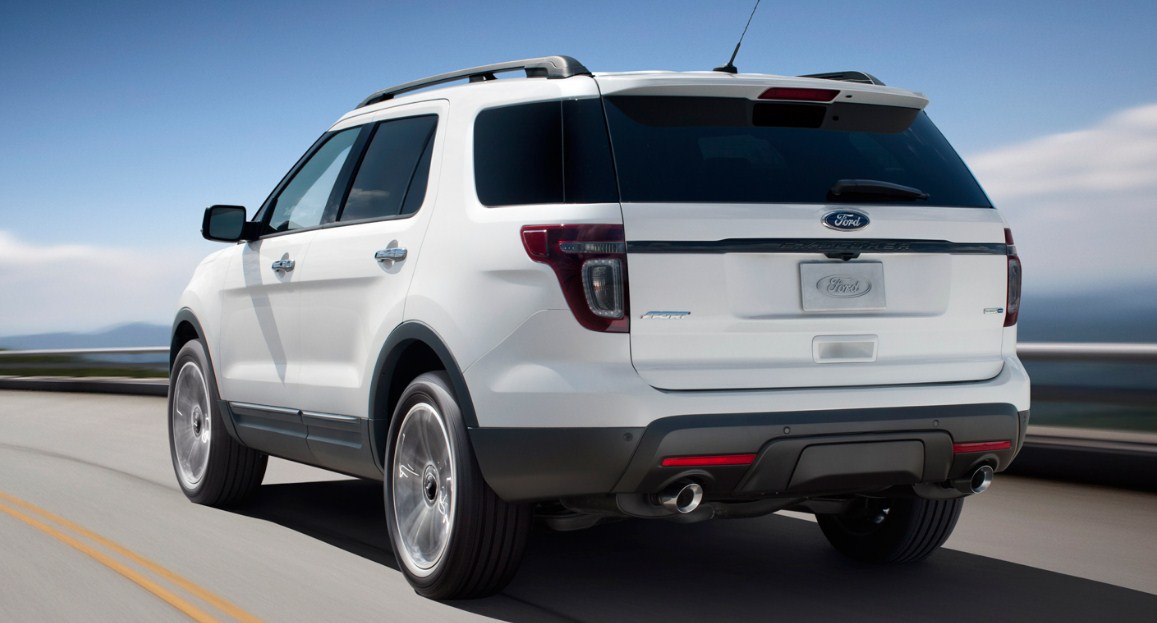 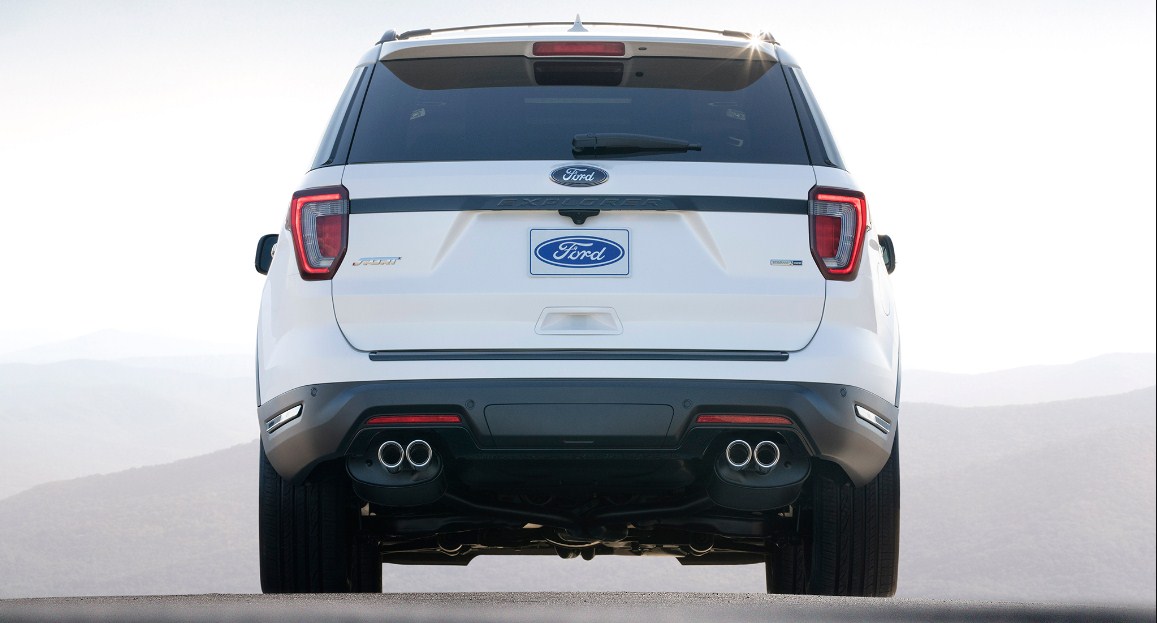 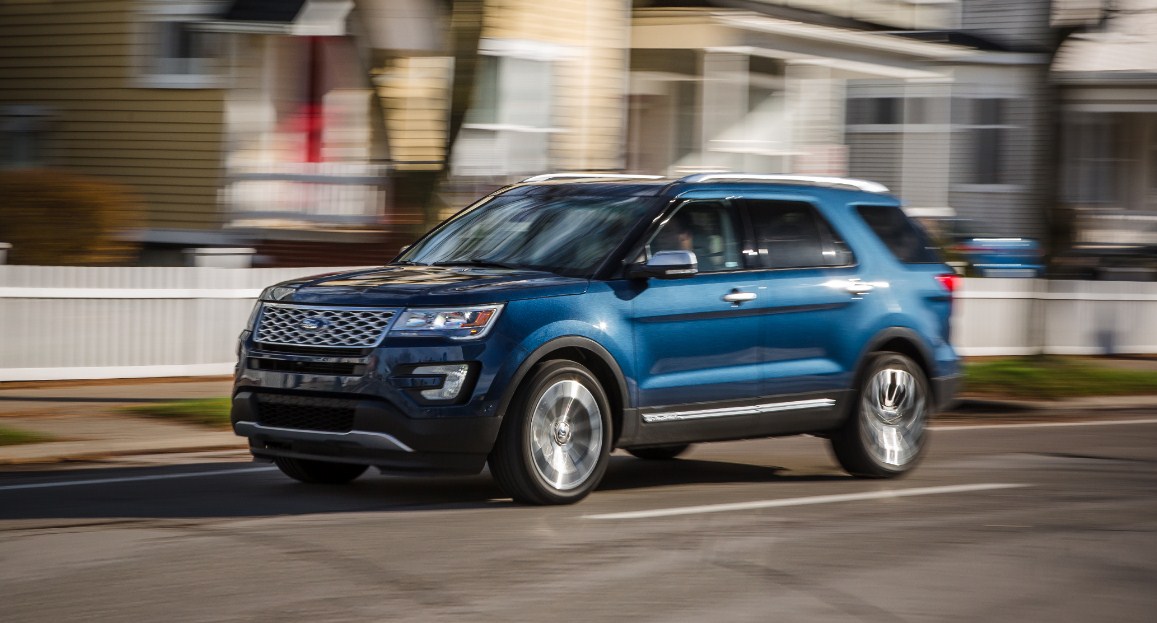 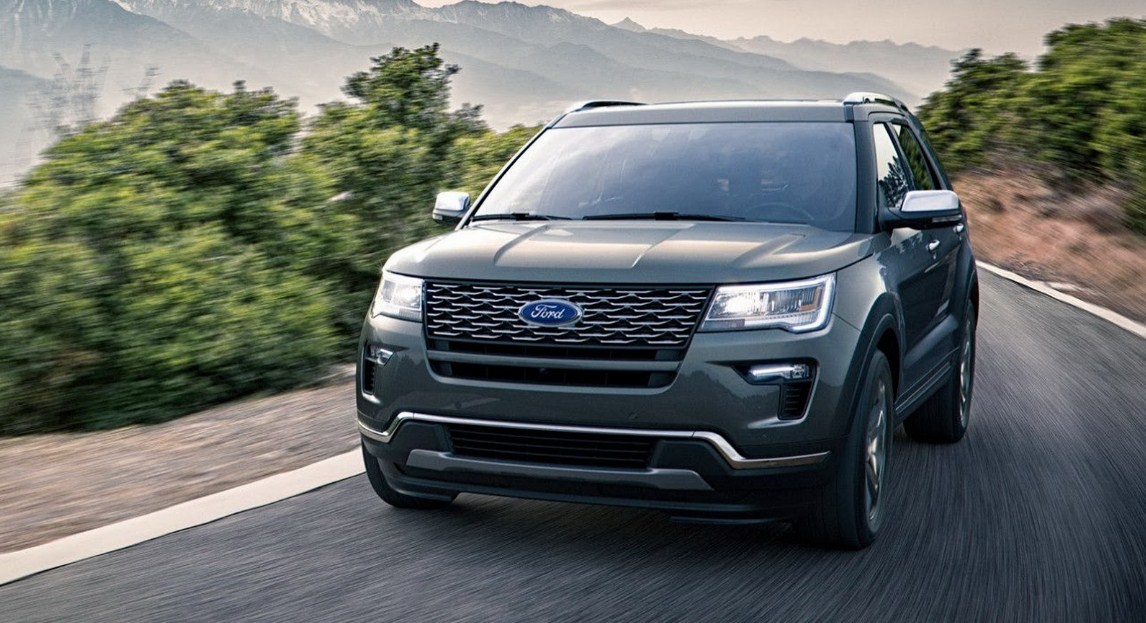 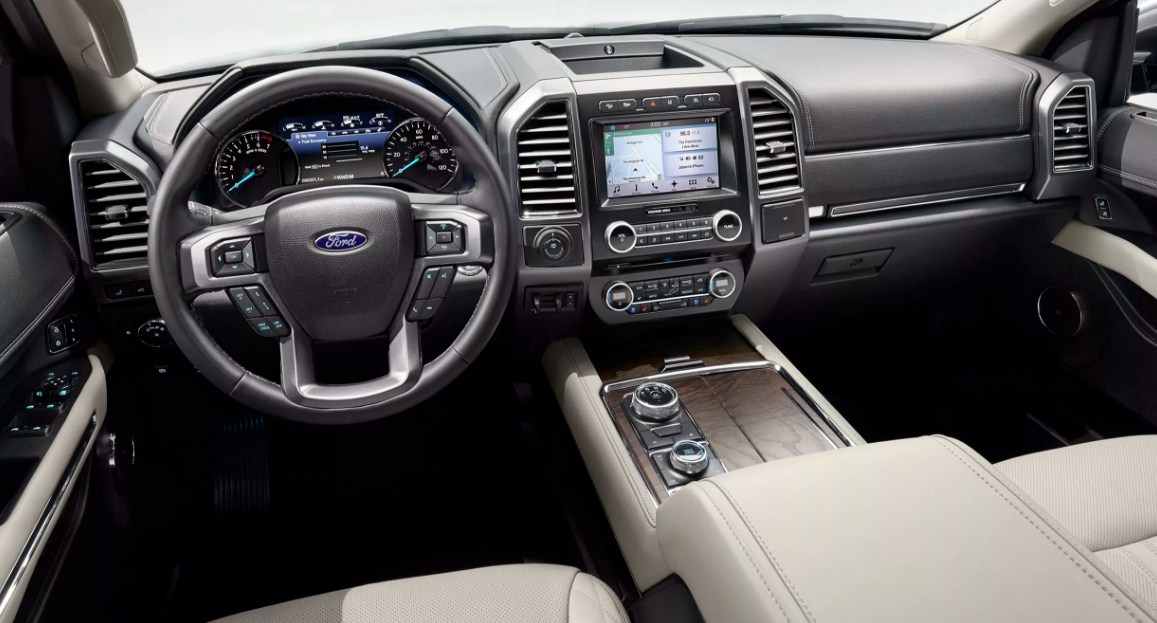 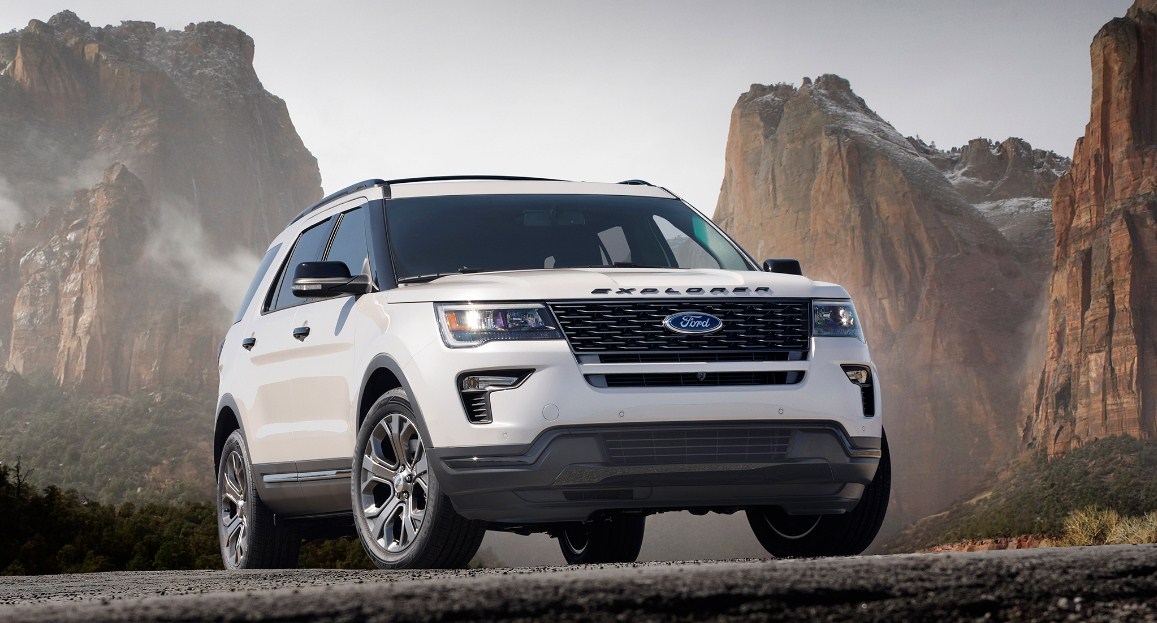