2018 Toyota Highlander – Sells well for a reason! Mid-size SUV segment is packed. There is a little bit of everything for everybody. From hard-core off-roaders like Wrangler and 4Runner to minivans like Pilot or Flex. Have you always been a bit eccentric? No problem, take the Murano. Do you like some muscle? Grand Cherokee or Durango will fit. Upscale in the not premium environment? How about Mazda CX9 or half premium Buick Enclave.

The sky is not the limit here, and you can even go mad with 707 hp Trackhawk. And finally, even if you want a bargain, take a look at Dodge’s pricing wonder or Journey; although base Sorento and Santa Fe might also do the trick. So, how did Toyota’s player settled in such interesting environment? Extremely well in short. Last year almost 200k buyers went for it; putting it in the close company of Grand Cherokee and ultimate sales leader Explorer. Now, let’s see why.

2018 Toyota Highlander – Half Way There

A couple of years ago, when Toyota’s CEO Akio Toyoda announced “no more boring cars,” Lexus was first in line to listen and obey. Maybe even too much. Then Toyota followed. Take a look at new Camry, CH-R or what could even say about Mirai? The current generation of Highlander was already developed before famous statement came to life. So it was left to refresh in 2016 to bring a dash of new visual course.

Fascia became more prominent, with grille going from big to huge, inhaling a fresh dose of character to the whole deal. Be sure that grille in question is enough to keep it up-to-date while new and probably even funkier replacement emerge.

Compared to the rivals, it has that extra dose of appearance pep to attract some views from duller Atlas or Pathfinder, but things are not completely thought through. You see, Mazda chose refined elegance in styling approach and elevated it above all rivals.

Jeep, Ford, and Dodge did the same with robustness, while Nissan chose “frenzy” path. They all chose a theme and implemented it in total. Highlander has that “seeking attention” grille, but rest of it didn’t follow, retaining pre-refresh shape, stopping half way (or a bit closer) from Akio’s wish. Anyway, we are nit picking now, since generally, it has enough design verve to keep you well satisfied.

Interior is best described as mediocre. Still, that means it’s not bad, but also lacks to exhilarate. A bit more open approach in styling prevent it from going dull, yet it evidently doesn’t try to outshine upscale CX-9’s and Murano’s recipe. Nor with design, nor with materials. Build quality is more than decent compared to any of three Ford’s segment product, but again it doesn’t try to push itself into first rows.

Available space is a complicated issue, at the front, it shines, yet the third row is more of child’s area. Anyway, apart from things like Pilot, Atlas or Flex, that is rather usual deal in this segment. On another hand, you will cherish some thoughtful Japanese thinking such as storage bin stretched across the dash and massive armrest with cave like internal space.

You will also be pleased with no less than five USB ports, but Toyota’s stubborn reluctance to offer Apple Car and Android Auto might beset your quiet state of mind. One more on the plus side, all but base trim come with fairly big 8-inch infotainment screen with HD and SiriusXM satellite radio. The third trim introduces 4.2-inch display between analog instruments.

Don’t Even Think About That

Don’t you dare considering going cheapest as possible with this Highlander? The base trim is the only one coming with naturally aspirated 2.7-liter L4 pumping out meager 185-hp while being paired with six-speed automatic and there is plenty of wrong about it. Highlander’s over 4500 pounds of weight are not properly movable with meek L4 and dated automatic fuel efficiency is worse than in the case of two extra cylinders, while AWD is not even an option. Further more, the majority of rivals vent for miracles of turbocharging with their L4s, gaining much better power and efficiency figures.

So, as far as 2018 Toyota Highlander goes you can either settle with naturally aspirated 3.5-liter V6 or with the same thing coupled with two electric motors in case of hybrid. Mentioned V6 saw a power bump with last year refresh bringing figures to well decent 295 hp and 263 lb-ft of torque. While also being accompanied by some very clever engineering. Mill in question has both port and direct injection, and amusingly it is capable of entering Atkinson cycle way of living. Usually attributed only to hybrids. Result? 23 mpg combined or a figure in the realm of four-cylinder competitors and above anything else in the domain of V6s.

Sadly, 0-60 time of 7 seconds is nothing but average, along with passing times hampered by 8-speed automatic reluctance to downshift. If you are mpg freak or afraid of gas stations, you can splash around extra grand and get a hybrid with a bit more power (306 hp) and 28 mpg combined. And finally, if you wish to hide humble platform’s roots (FWD Camry’s one), AWD comes as one grand option.

Going for unibody platform over the body on frame certainly, brings some positive road composure. 2018 Toyota Highlander might push that into questioning. The main issue is body roll, existing in a higher dosage that expected from a crossover, while rest is a mixed bag. The tendency to lean in corners is caused by softly tuned suspension, which in return allows pleasingly creamy ride over road imperfections.

Steering is far from communicative, yet it is fairly quick and decently weighted. Further more, hybrid suffers from some additional plagues as torque steer, very unpleasant brake feel and additional 310 pounds over already hefty figures. Please, do take just stated into the mix with hybrid’s mpg figures when deciding for which to go for. Or, if back roads are more of a delight than an annoyance to you; take better-composed Pilot or Durango or perfectly tuned CX-9 into consideration.

2018 Toyota Highlander’s pricing strategy is in perfect tune with the segment. The span from $30,600 to $47,800 is neither especially cheap nor rudely expensive, leaving you enough space to accommodate well within. In fact, there are enormous 17 trim’s variations, so do your homework well before applying to some. To keep things in the realm of interesting, Toyota’s latest urge to keep their buyers protected at no cost boosted allure factor of Highlander’s value for the buck.

Stuff like adaptive cruise control with automated emergency braking and pedestrian detection; lane-departure warning and assist, along with automatic high-beams, come as standard on all trims. If you are not afraid of money spending, you make some interesting moves with it.

You can actually squeeze some better cornering behavior with $39,600 SE trim; introducing sportier suspension with some black makeup for grille and head lights. Extra appetite for chrome could be satisfied with 41,600 Limited trim. While “tree-huggers” piece of mind cost $36,200 (and that would be for a base hybrid). All in all, 2018 Toyota Highlander is a well-rounded package with just a certain rough edges, and we are not going to be the ones disputing good sales figures. 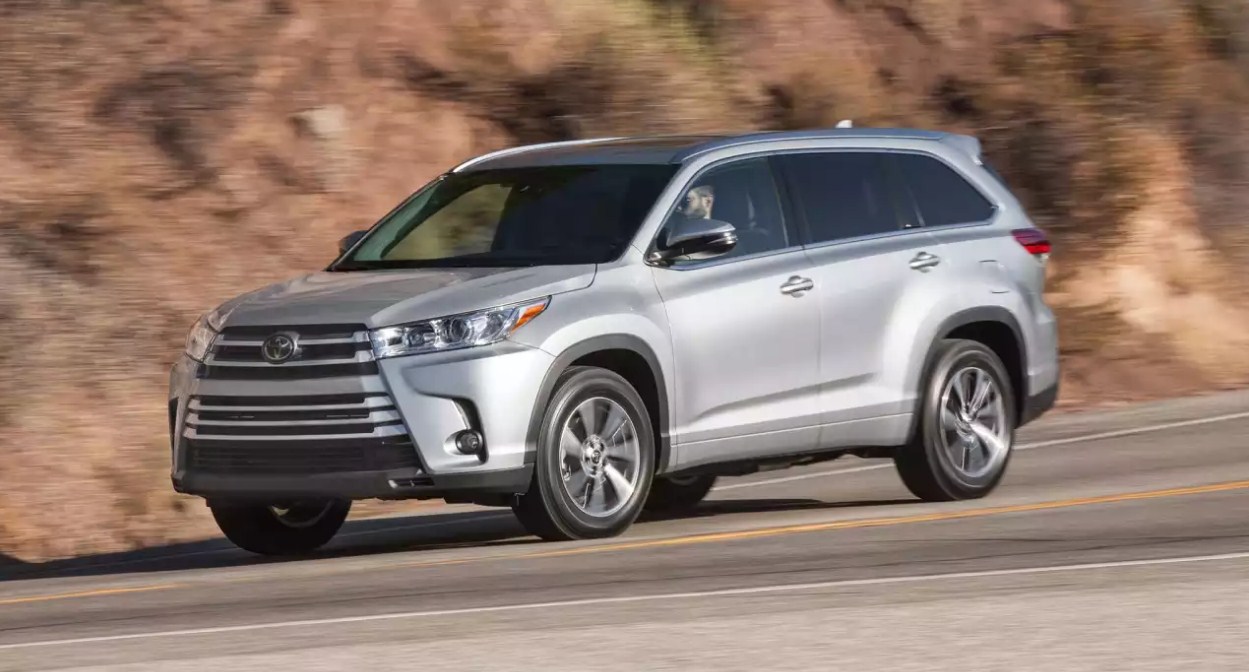 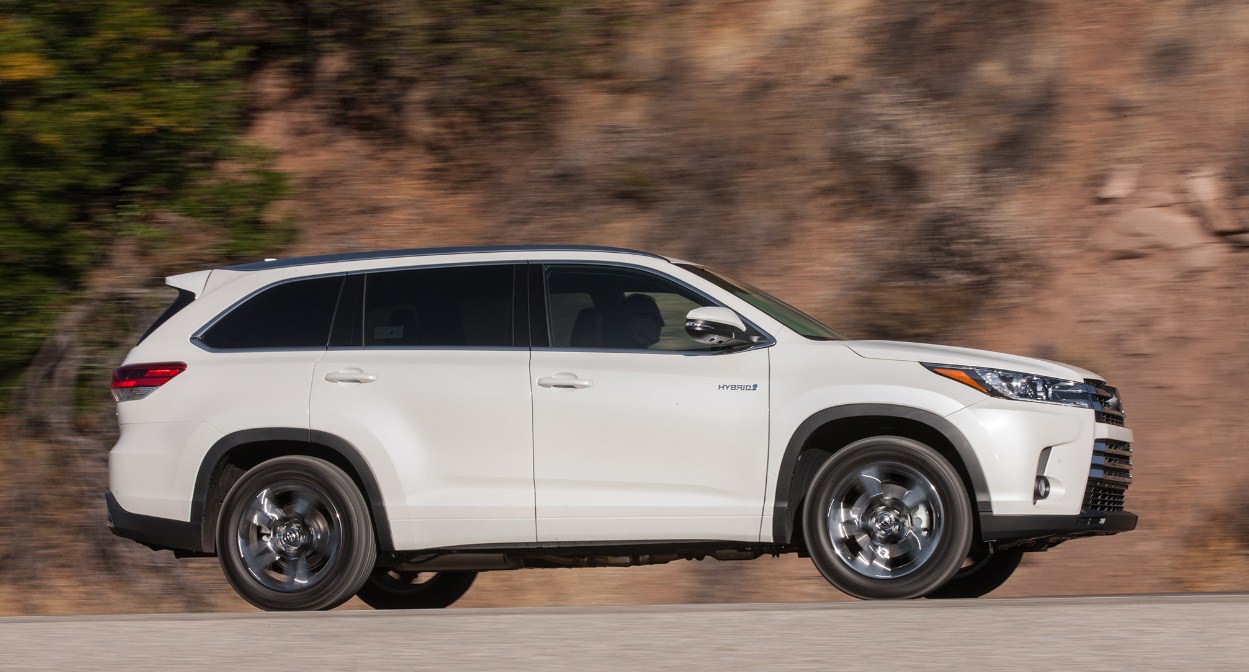 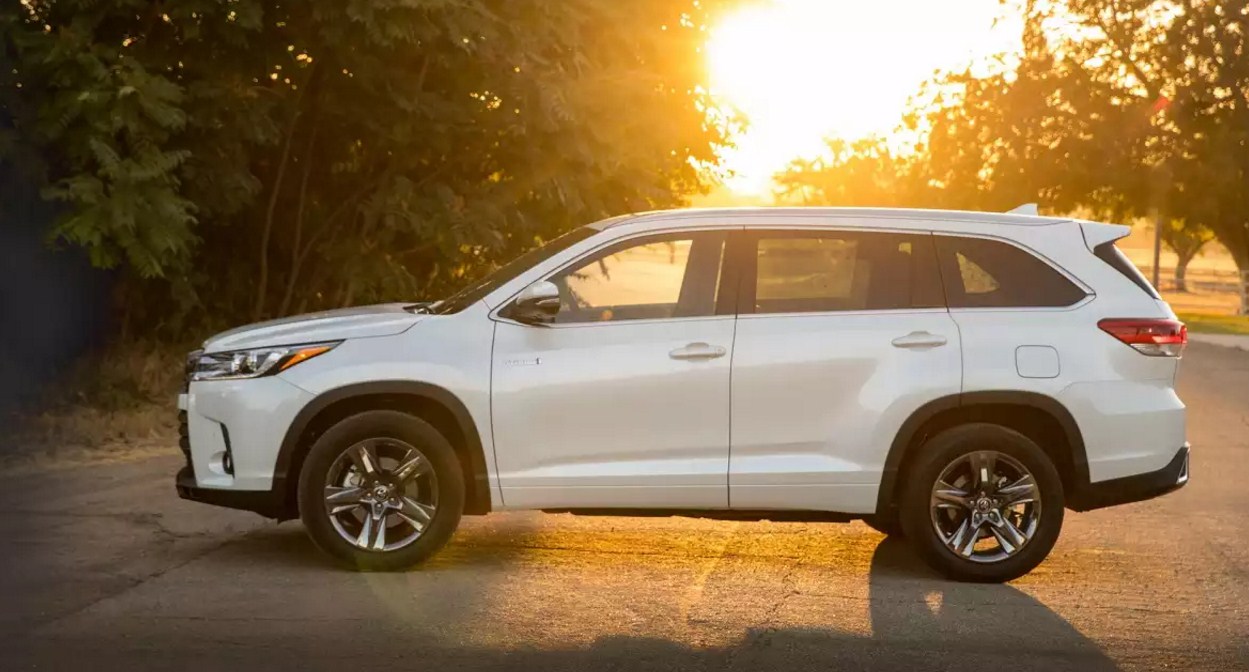 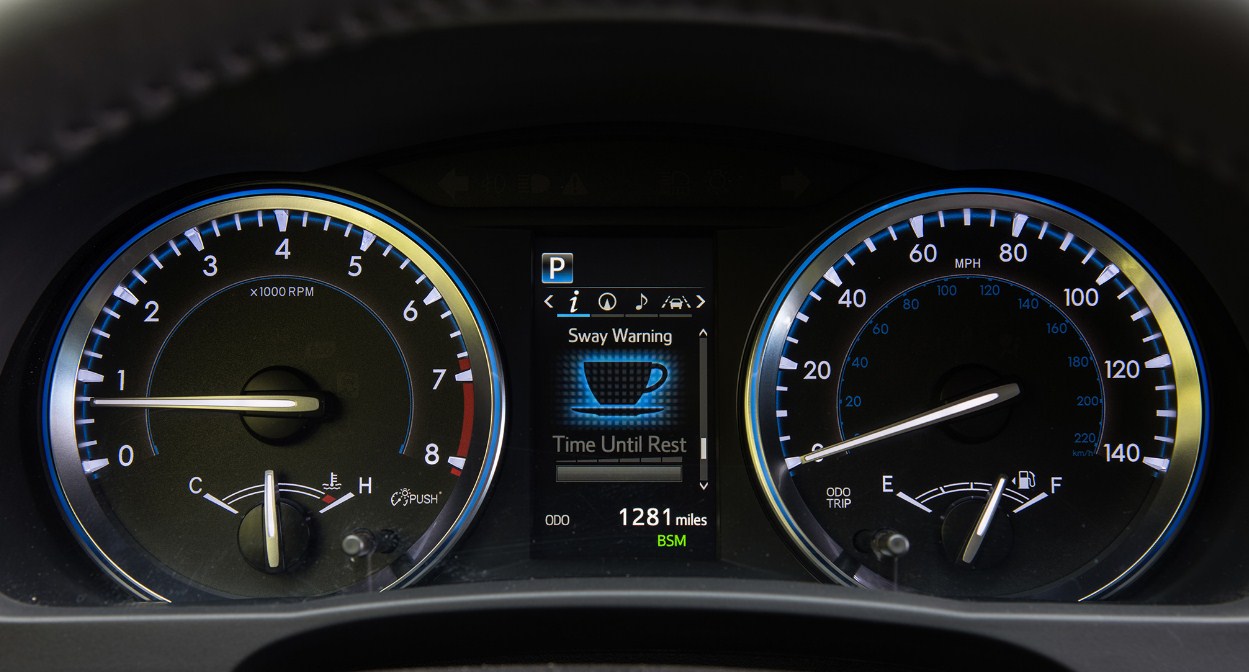 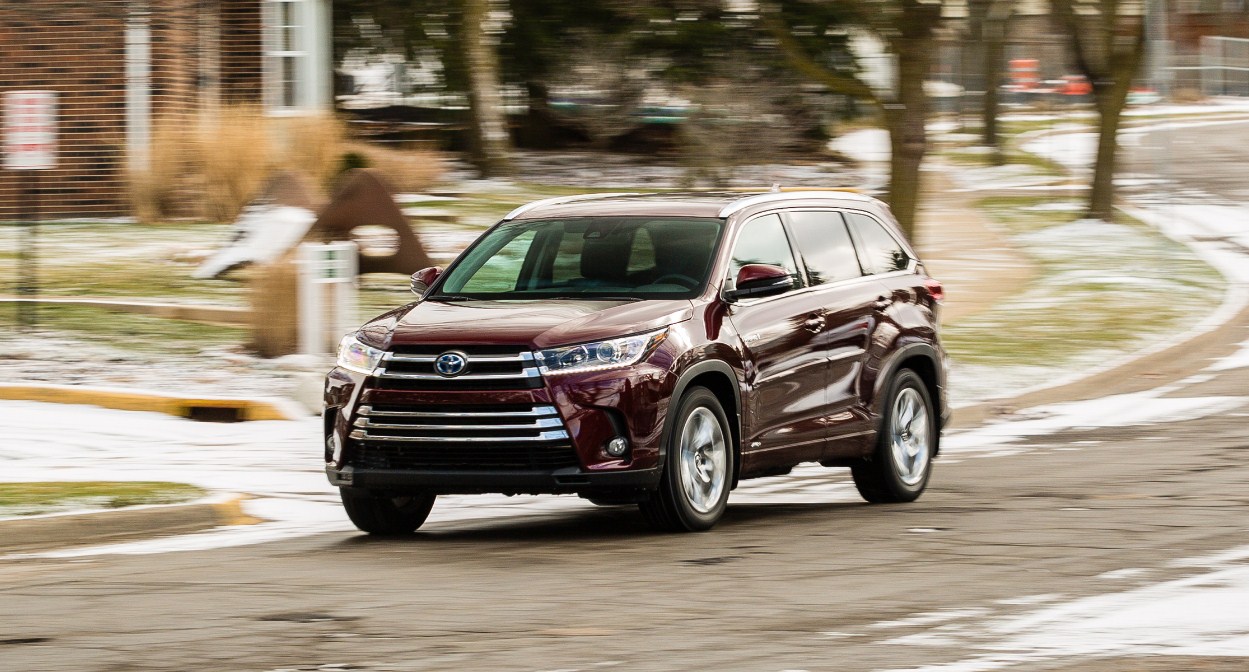 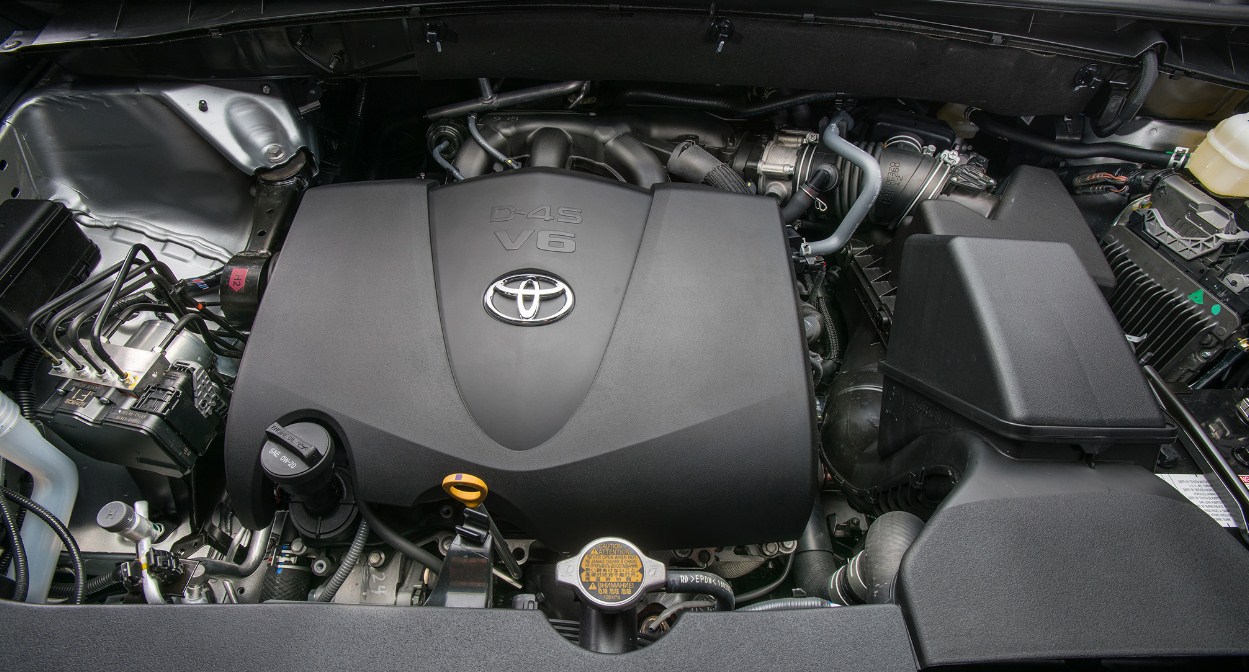 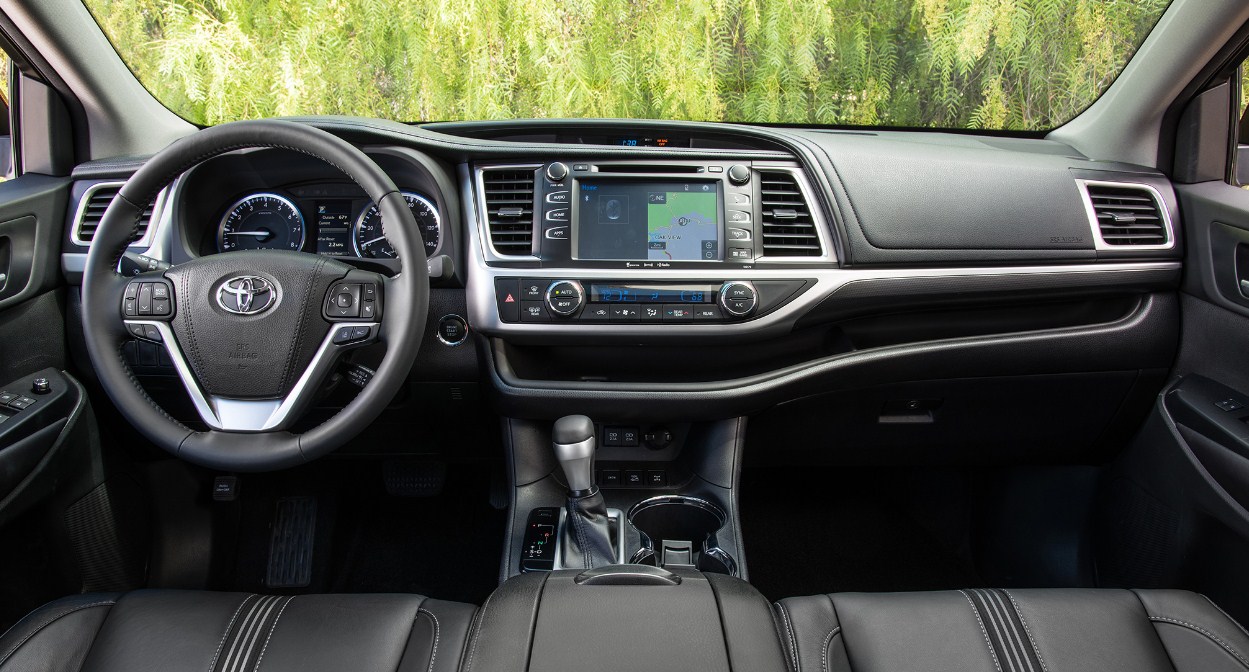 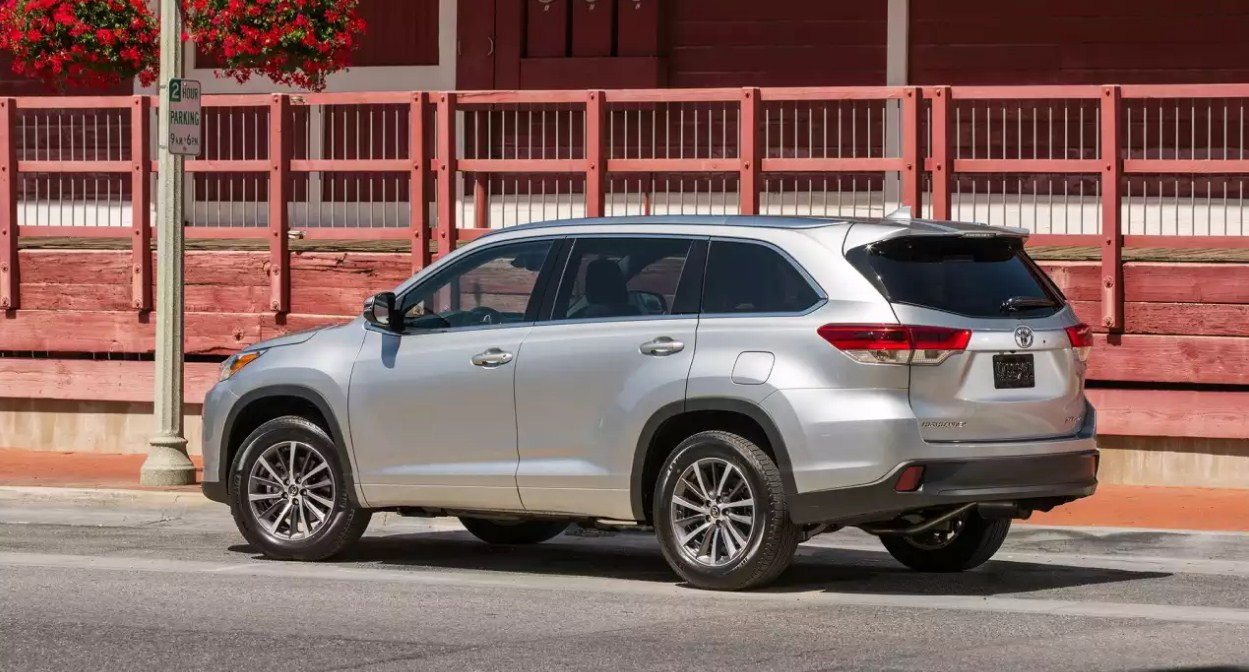 Take a look at the previous model while we wait for the new Highlander: