A short while ago the 2018 Volkswagen Atlas has been released, VW’s first three seats full-size crossover. Unlike many of their other cars, the Atlas has been specifically tailored for the US market, so it comes with quite a few unique perks in order to fit in. The car boasts an entirely new design, it gets a new interior, and it is powered by the same engines as the Passat. However, the Atlas is actually based on their new modular MQB architecture and not on the older chassis found under the outgoing Passat.
Thanks to that the Atlas is quite light for how large it is. The car weighs in at less than 4,500 pounds which is good, especially since it boasts 117.3 inches of wheelbase and it is nearly 200 inches long. The Atlas actually offers one of the largest interior of its class with more than 153 cubic feet which is highly impressive.

Thanks to the MQB platform the Atlas boasts a transverse front engine which allows VW to free up quite a bit of interior space. The car’s shape also gets it quite close in design to a minivan even though it isn’t really one, but more on that later. One of the largest strong points about it is the price. For the time being VW is offering a Launch Edition for just $33,500 which comes with a considerable amount of gear for the price. A base version is also available at just under $31,500 which makes it a steal, especially when we take into account all the features it provides.

The 2018 Volkswagen Atlas probably has one of the most polarizing design schemes we have seen in a while. The car combines the look of a large SUV with the design traits usually found in minivans. Seen from the profile, the rear door is incredibly long, and it nearly looks like it slides. However, the bulky front and rear wheel arches, as well as the vertical rear end, make the Atlas seem like a true SUV.
On top of that, the long wheelbase and long rear overhang differentiate it from the usual minivan. In the front, it sports an all new design which is nothing like any other VW currently on the market. Not only it has a really vertical design but the massive chromed grille and one-piece headlights with the dual-halogen or LED beams to make it seem more aggressive than it needs to be. The higher end models don’t look much better either, especially since VW tends to add an unnecessary amount of chrome on the car.

Luckily the interior of the 2018 Volkswagen Atlas is considerably better than its exterior. The car gets a new dashboard which offers a really clean design. The infotainment system is where you would expect it to be and the only other buttons on the center stack are the climate controls. The middle seats benefit from controls for the AC system as well while all seven seats benefit from some sort of charging port for mobile devices. Thanks to its size and massively long wheelbase, the Atlas boasts a very impressive amount of available room for the rearmost passengers. The trunk also remains usable even with all seven seats up which is not an easy feat to achieve.

The base “S” version of the 2018 Volkswagen Atlas comes equipped with a 2.0 liter turbocharged inline four gas engine. This is good for 235 horsepower and 258 lb-ft of torque which is slightly less than the competition. However, the engine provides a good amount of fuel economy and low-RPM torque. The engine is only available in front-wheel drive guise. All the other versions of the car get a larger 3.6 liter naturally aspirated narrow-angle V6. This offers 276 horsepower and 266 lb-ft of torque which allows it to be noticeably faster but worse on fuel. This engine can be had in both front and all-wheel-drive guise.

Even though it is quite capable, the engine doesn’t really feel suitable for the Atlas due to the gearing of the standard eight-speed automatic and the car’s weight. We do hope in the future VW will offer a third option, but at this point, this seems highly unlikely. 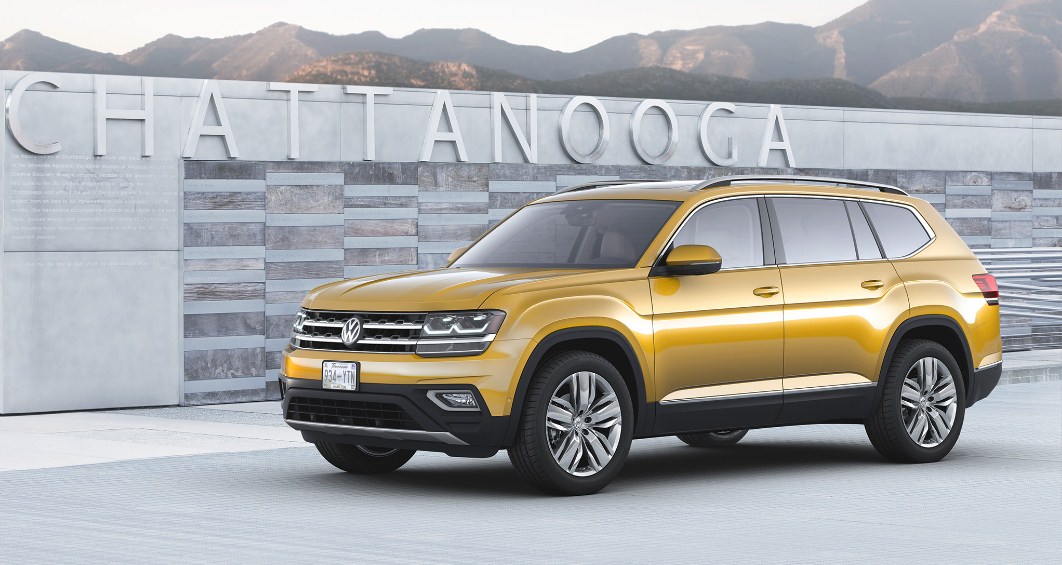 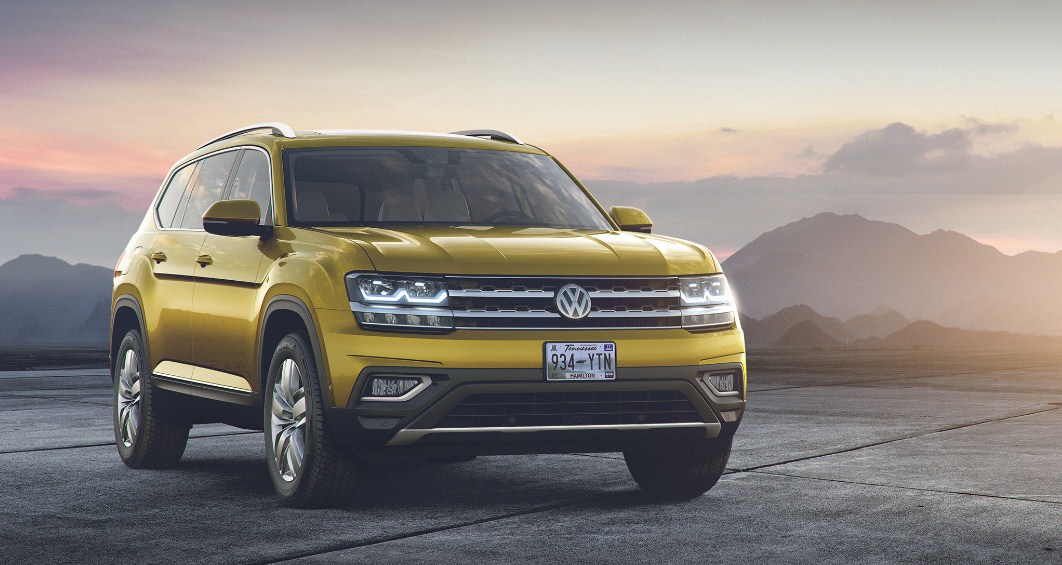 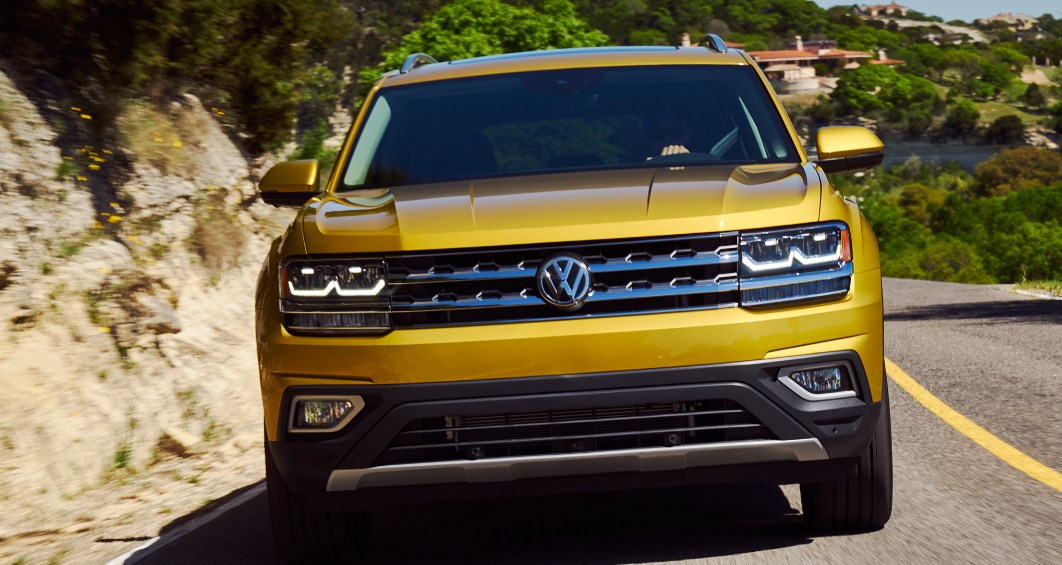 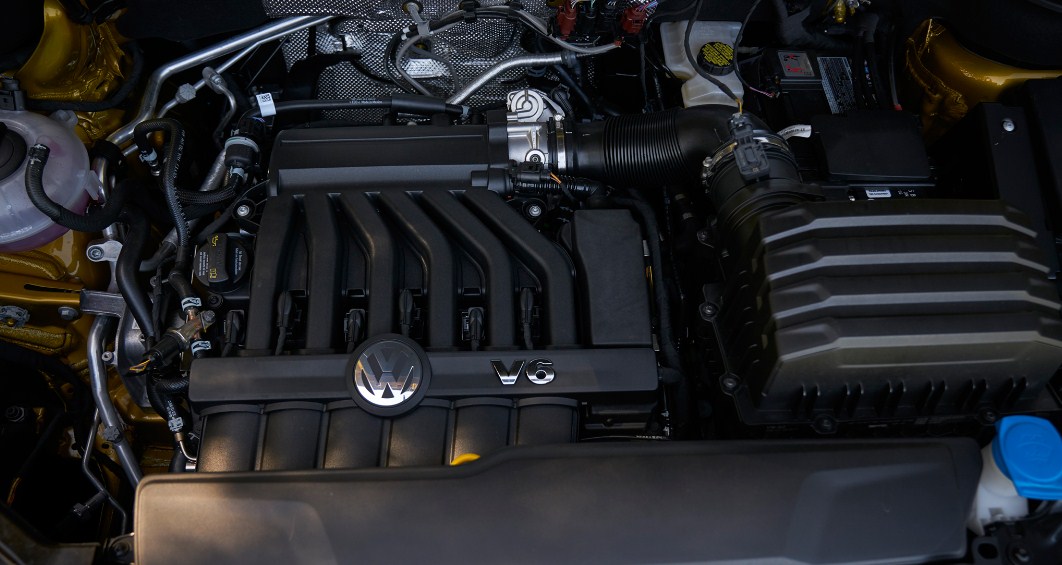 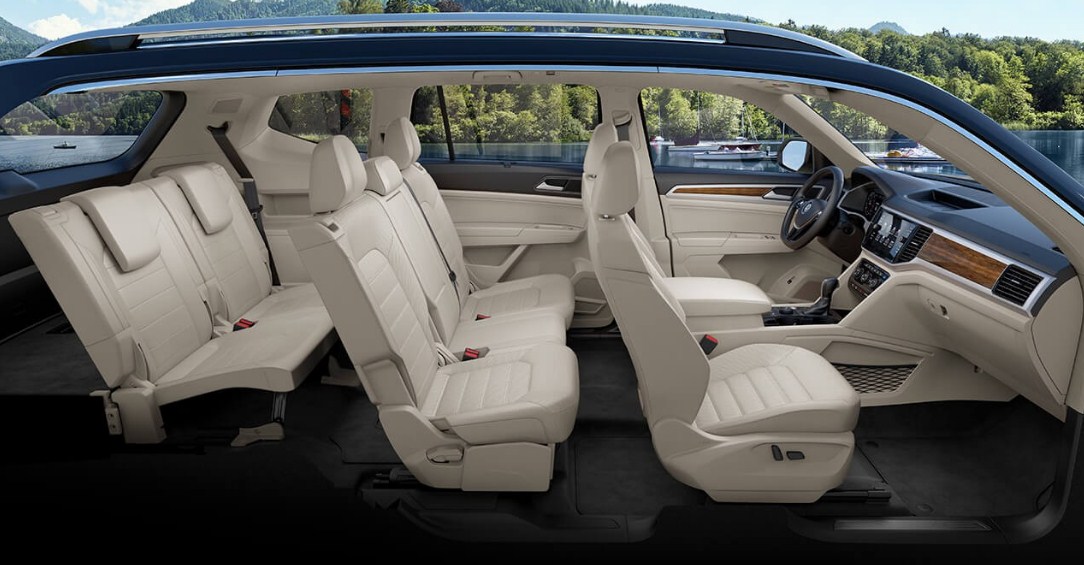 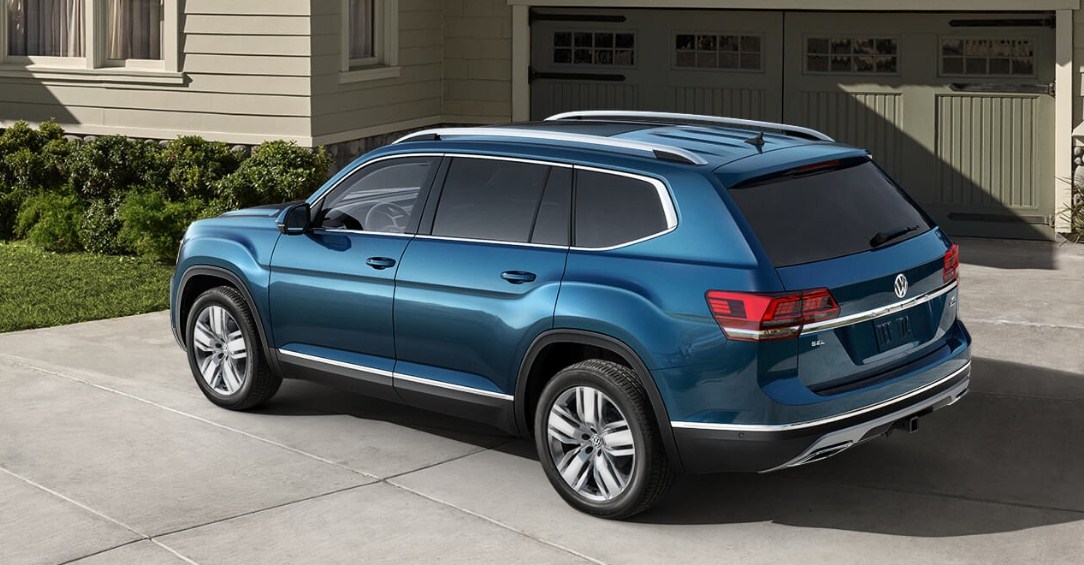