The CX-9 is Mazda’s flagship crossover, and even though it is one of their more expensive cars, it still is one of the better selling ones. The ongoing model has been released back in 2015, and it went on sale in early 2016. The car comes with many upgrades over its predecessor, but it still wasn’t perfect. This will change though because not that long ago the 2019 Mazda CX-9 has been revealed. This is the first update, and it features quite a few improvements which were not expected. These small changes are meant to offer the car a better value for money and also give their customers a far better car than before.

Despite being updated, the core of the CX-9 didn’t change a bit. This means the car is still based on the same architecture as before. The SkyActiv platform gives the car a really unique set of driving characteristics which are otherwise unavailable on most of its rivals. In fact, the CX-9 drives better than many other more expensive cars which are not an easy feat to achieve. The 2019 version of the car leaves this mostly unchanged. The big upgrade here is the addition of quite a few new safety systems which were previously unavailable.

All models now get a Smart City Brake auto-brake system which will stop the car even for pedestrians. On top of that, these models also get an adaptive cruise control system and front and rear cross-traffic alert, so the car should be far easier and more relaxing to drive both in the city and on the highway. The price hasn’t changed all that much either. The base Sport model is now $610 more expensive than before which is a small price to pay for all those extra safety features. On top of that, the mid-range model is not nearly $1,000 cheaper while the range-topping versions are barely $940 more than before which is also quite impressive to see.

As expected, the look of the 2019 Mazda CX-9 didn’t change a bit, but that was to be expected. The car still has the same shield-like grille as before with the large horizontal slats and the slim headlights. The bumper of the CX-9 gives it a more aggressive look that most of its rivals and with the help of the slanted roof, the result is a three-row crossover that looks a lot smaller than it really is. Some suggested that Mazda was going to release an even sportier version of the car, but this proved to be nothing more than just a rumor.

Even though it may not be the biggest car in its class, the 2019 Mazda CX-9 offers more than enough room for passengers. Its only real major drawback is the fact that when all three rows of seats are up, the trunk is quite small. This can be alleviated by folding the third row of seats in which case the CX-9 becomes one of the biggest two-row cars on the market. The quality of the materials used inside the cabin is also definitely better than that of many other cars at this price point. The standard set of features is also great with things like dual-zone automatic climate control or even a really capable infotainment system which is now being controlled by a swivel-wheel.

The only available engine on the 2019 Mazda CX-9 is the 2.5-liter turbocharged inline-four SkyActiv unit. This was first released on the crossover, and since then it managed to become a favorite among its buyers. While it may not be the most powerful engine out there, it is more than enough. It will offer up to 250 horsepower and 310 lb-ft of torque on premium fuel with all that torque available from just 2,000 RPM.

This makes the car feel quite a bit faster than it really is. A 6-speed automatic is still going to be offered as standard while front-wheel drive will be the offering on all models. An all wheel drive system is also going to be available, but only as an optional extra. Another small change is the addition of the G-Vectoring system. This will reduce the torque of the engine depending on the position of the wheel in order to make the car corner faster and flatter than ever before. 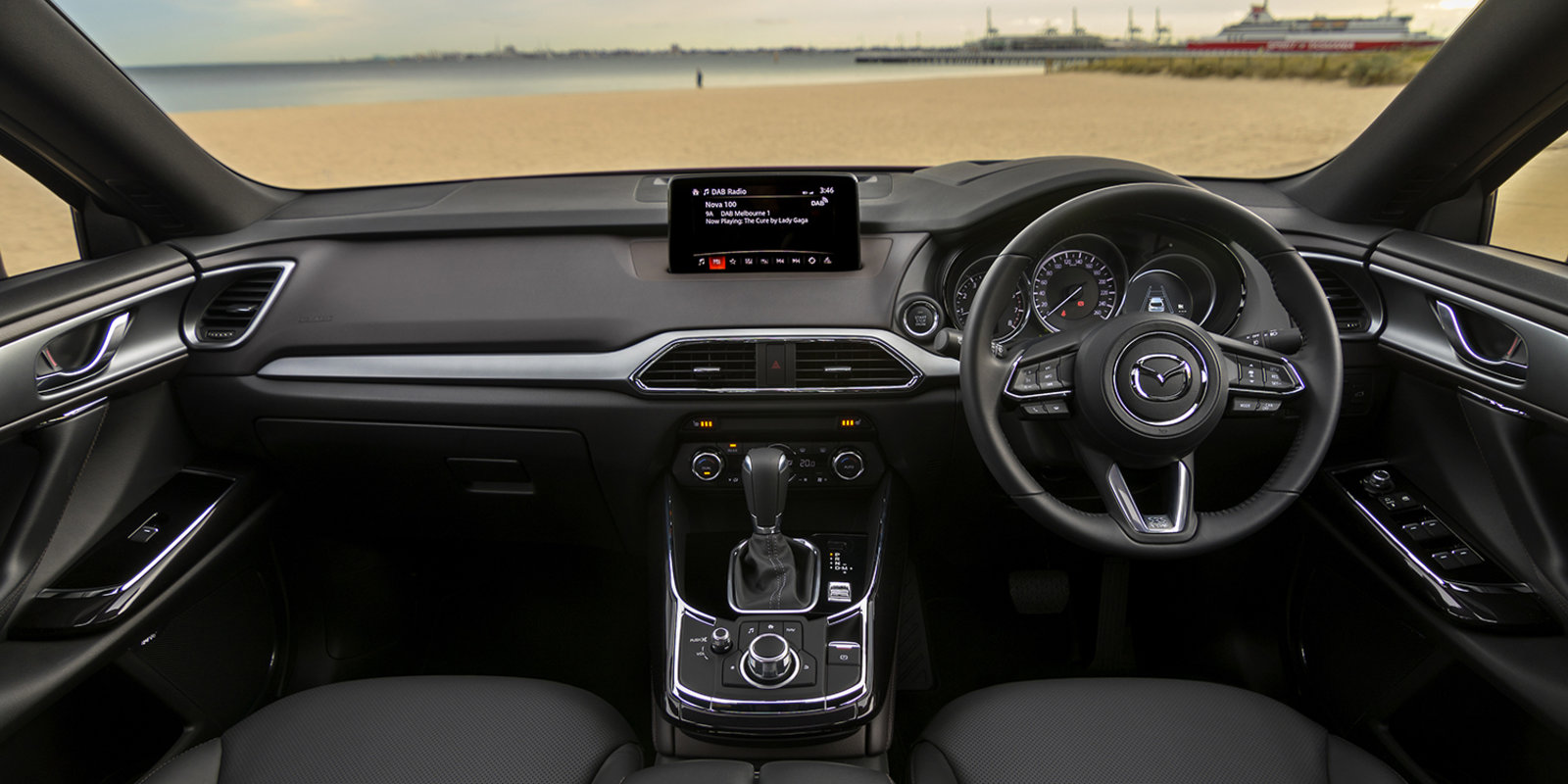 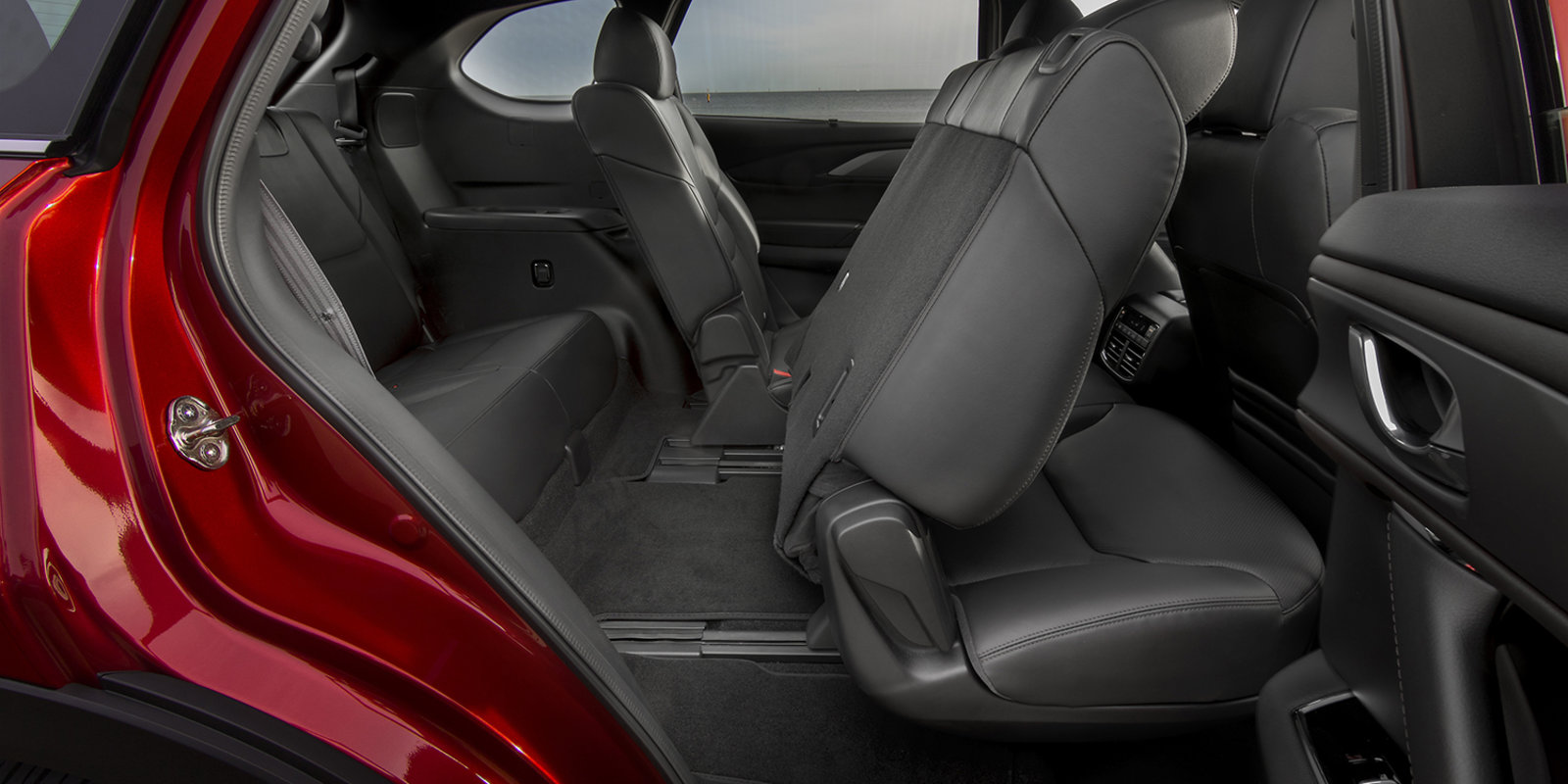 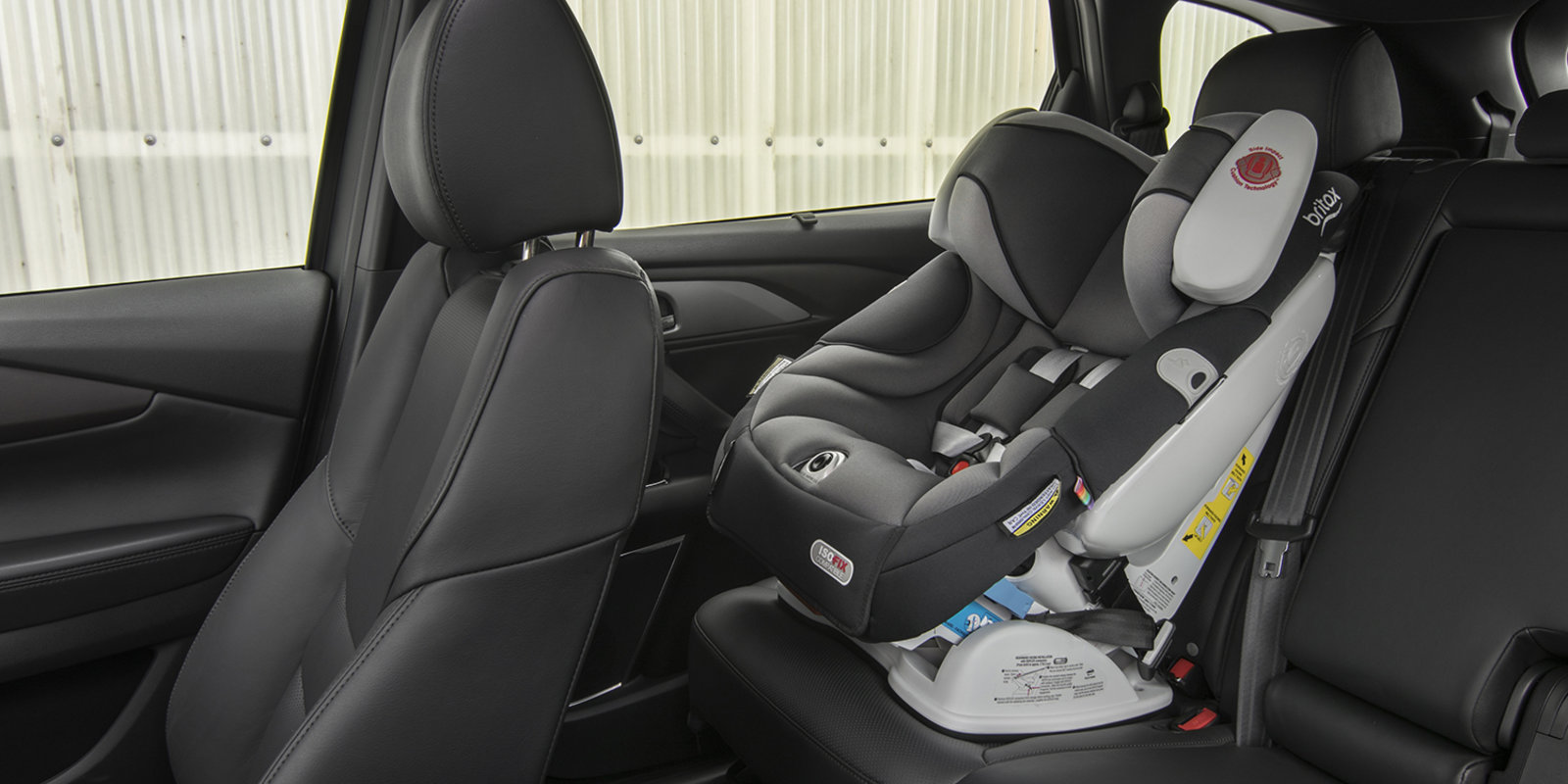 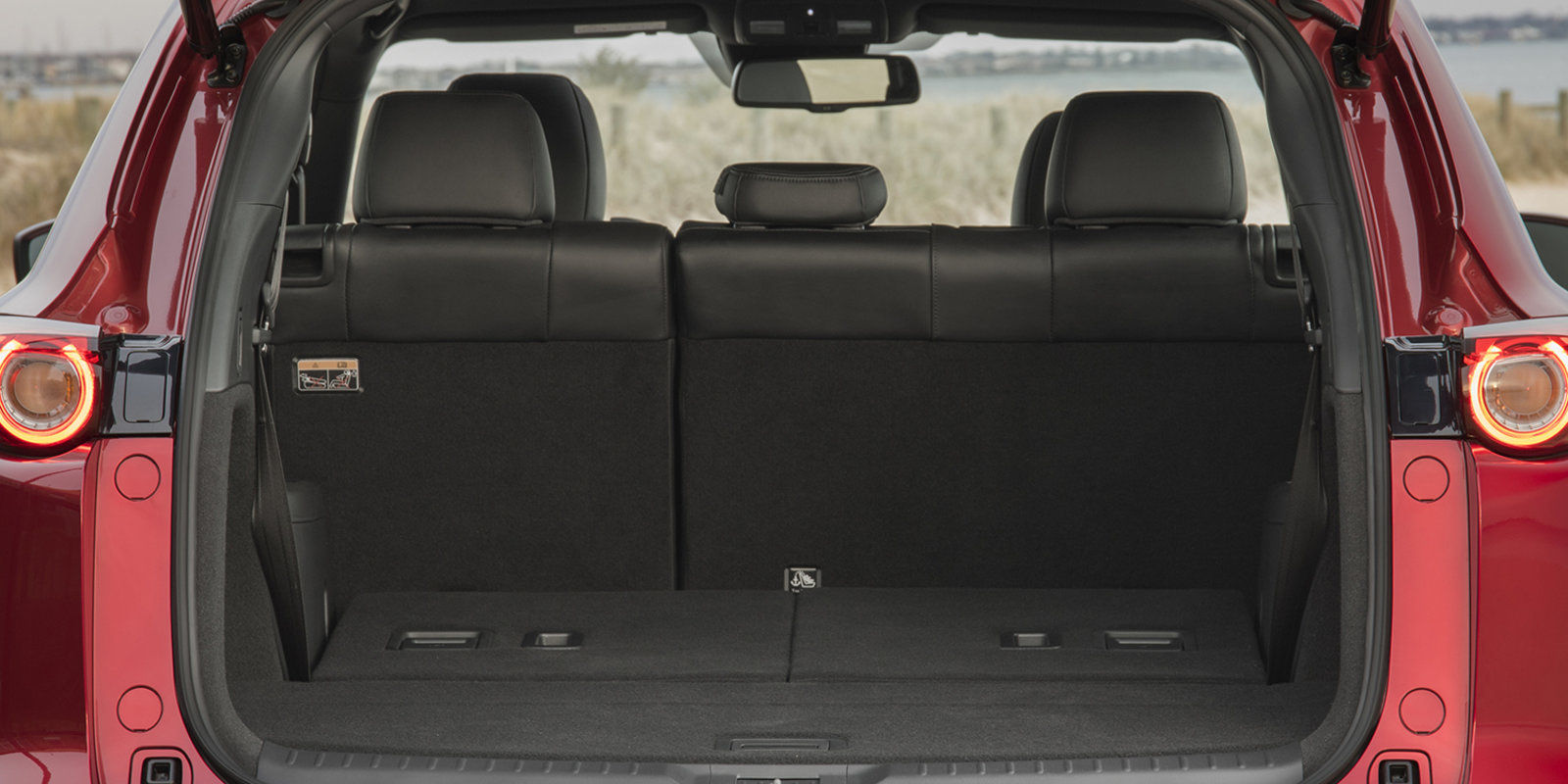 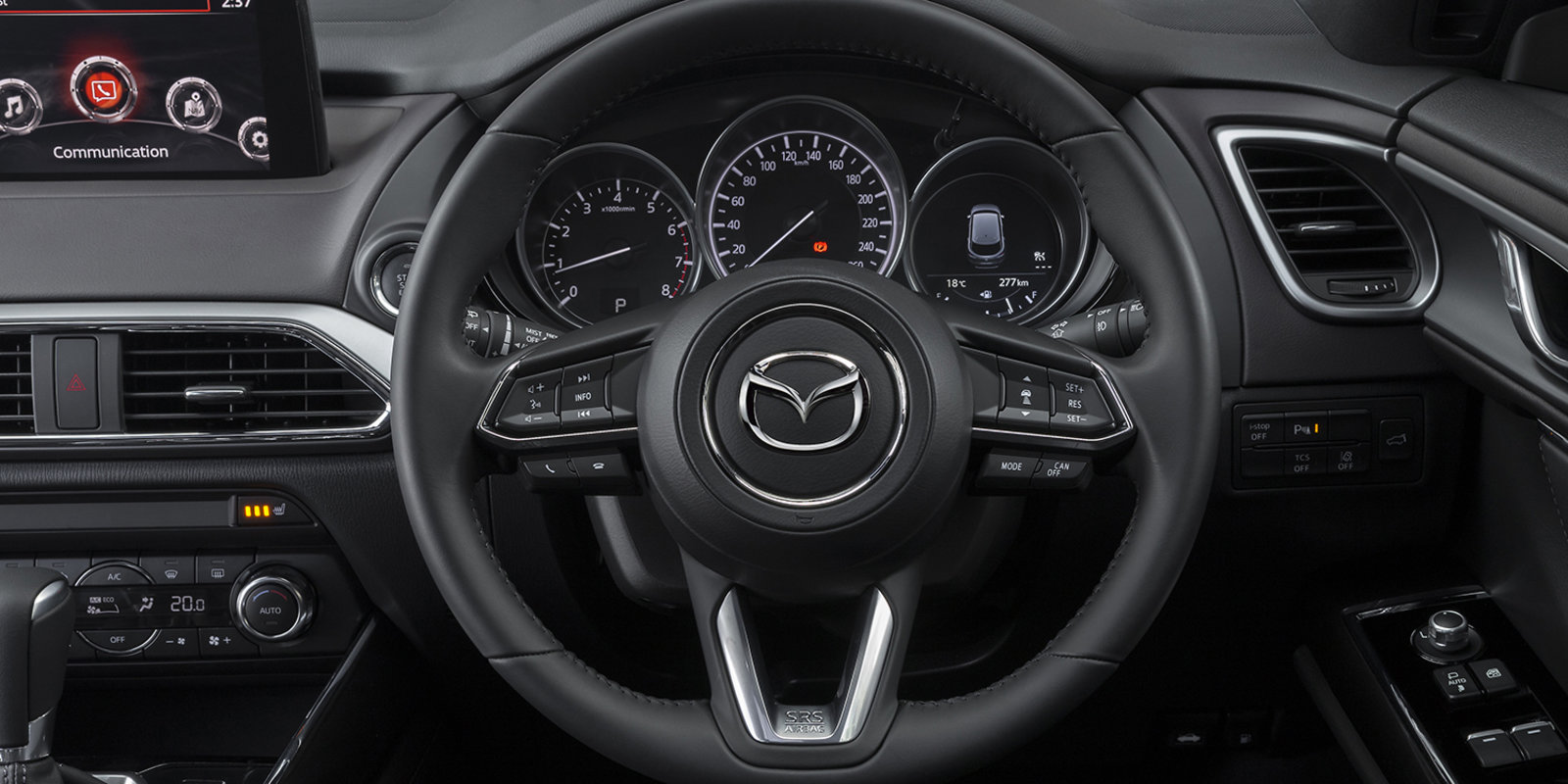 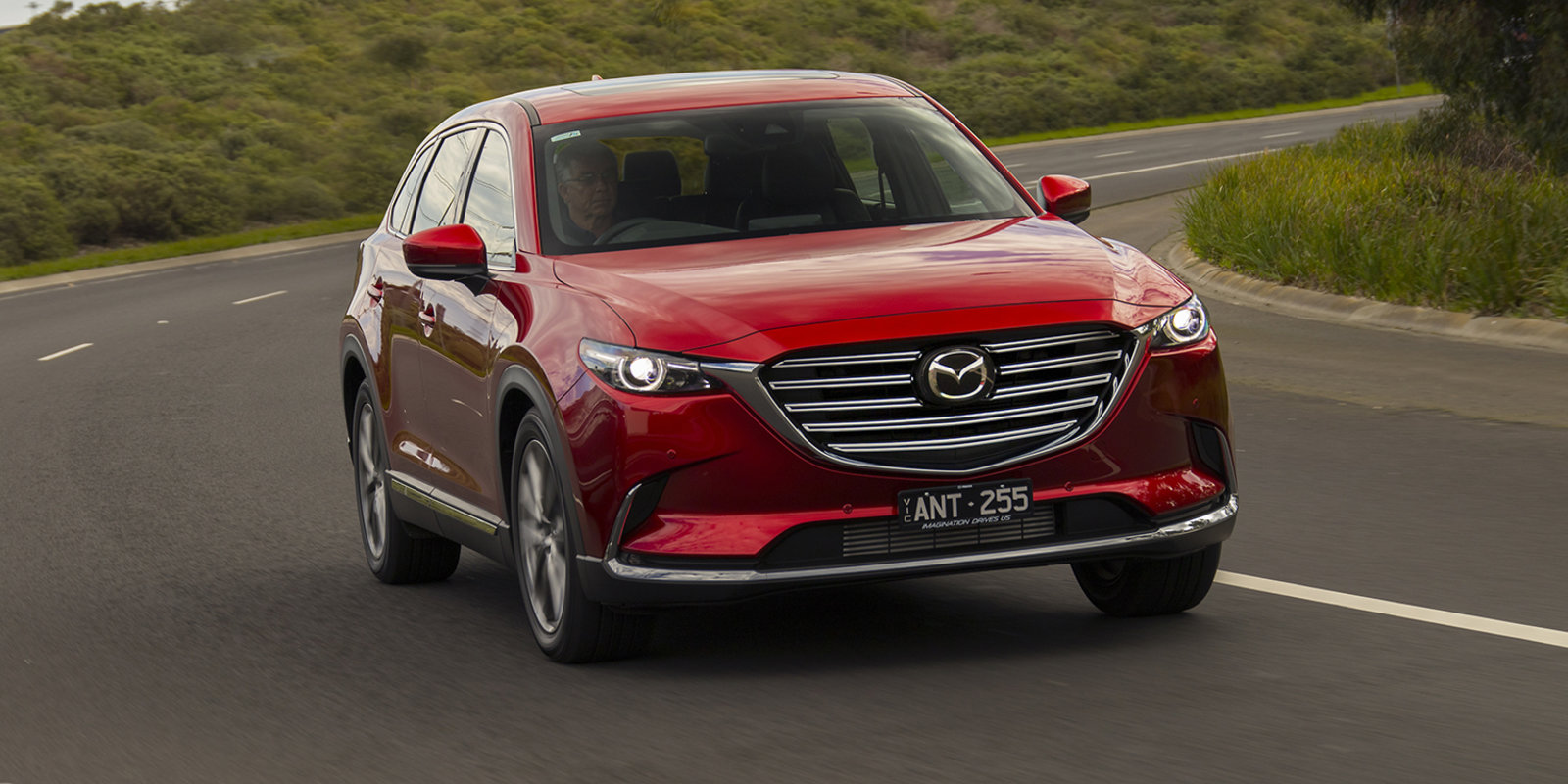 The only available engine on the 2019 Mazda CX-9 is the 2.5-liter turbocharged inline-four SkyActiv unit. This was first released on the crossover, and since then it managed to become a favorite among its buyers. While it may not be the most powerful engine out there, it is more than enough. It will offer up to 250 horsepower and 310 lb-ft of torque on premium fuel with all that torque available from just 2,000 RPM