The third generation of the Everest was released back in 2015, and so far it hasn’t been as successful as Ford hoped. The main reason for that has been its price. In Australia, the base version of the inline-five diesel-powered car is over $55,000 which is simply too much for it to be successful. On top of that the Everest is actually based on the Ranger so it is not as refined as a $55,000 SUV should be which means people tend to get car-based crossovers at this price point. In order to alleviate some of these problems, it seems an update is on its way. Not that long ago we have seen the first spy shots of the 2018 Ford Everest test mule. The car looks to be a more than just a slight facelift. Even though it was covered by camouflage, the test mule clearly shows some interesting features of the upcoming car. For starters, it seems it will get quite a few more safety features than before.

The test mule had a front LIDAR which is usually used for adaptive cruise control systems. However, this could also be used for a frontal collision warning and avoidance system which would allow the Everest to brake by itself in the case of a crash. On top of that, the test mule also had two cameras under each rear view mirror. These are expected to be used not only for blind spot monitoring but also for an animal detection system.

This would allow the Everest to detect animals on the side of the road and make it easier for the driver to avoid an accident. The price of the car is still unknown, but we do hope its price will get lower. Considering the current model’s starting point, the car should get cheaper by at least $5,000 to become viable for the Australian market. Ford is expected to release the new generation of the Everest by the end of the year while the production version of the car will be out in early 2018.

As we said, the Ford Everest 2018 test mule was wearing camouflage on its front end. Even so, we can still see some design traits of the upcoming vehicle. It seems the car will receive new headlights with LED daytime running lights. These seem to be quite a bit slimmer and also similar to what the European Ranger received not that long ago. The grille seems to be inspired by the revised Ranger as well while the bumper not only boasts a larger intake but also a LIDAR right in the center. The fog lamps seem similar to those on the current model, but the hood seems to boast new creases which could give the car a beefier look than before. The rear has been left uncovered which likely suggests the addition of a new set of tail lights and that’s about it. 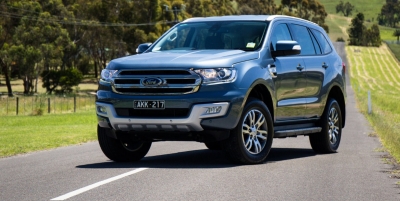 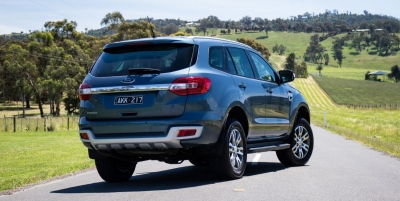 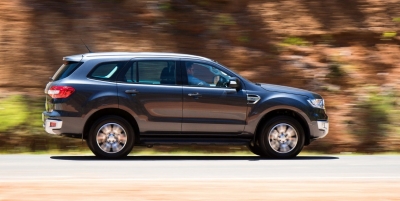 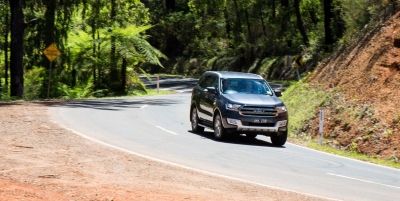 The interior is still well under wraps, but we don’t expect any major changes here. The 2018 Ford Everest will likely get the same dashboard design as before. The only real upgrade here might be the addition of a new infotainment system. This could provide better hardware in order to make it feel snappier than before. The materials, the rather disappointing driving position and the car’s overall average set of features will remain the same as before.

It looks like nothing will change in terms of engines for the 2018 Ford Everest. The car will continue to rock the same two engines as before which was to be expected considering how small this update really is. The base model of the SUV will come equipped with a 2.2-liter turbocharged diesel good for 160 horsepower and 385Nm of torque. A more capable 3.2 liters in-line five diesel with 200 horsepower and 470Nm of torque will also be available. Both engines will come equipped with a six-speed automatic transmission as standard. The interesting part is that the Australian market will also receive a rear wheel drive model and not just the usual four-wheel drive version. Some markets are also going to receive a new 2.0 liter turbocharged EcoBoost inline 4. This has been rumored for a while at this point, and it seems it will finally happen. The engine should be a good upgrade for the older naturally aspirated inline four which was neither powerful nor efficient. 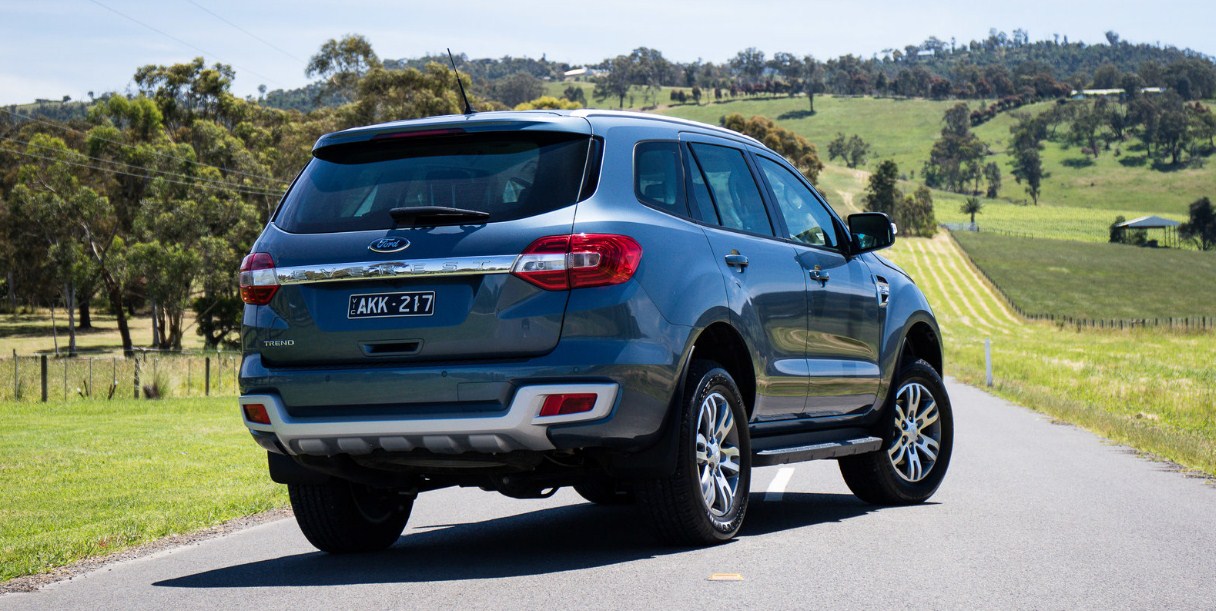 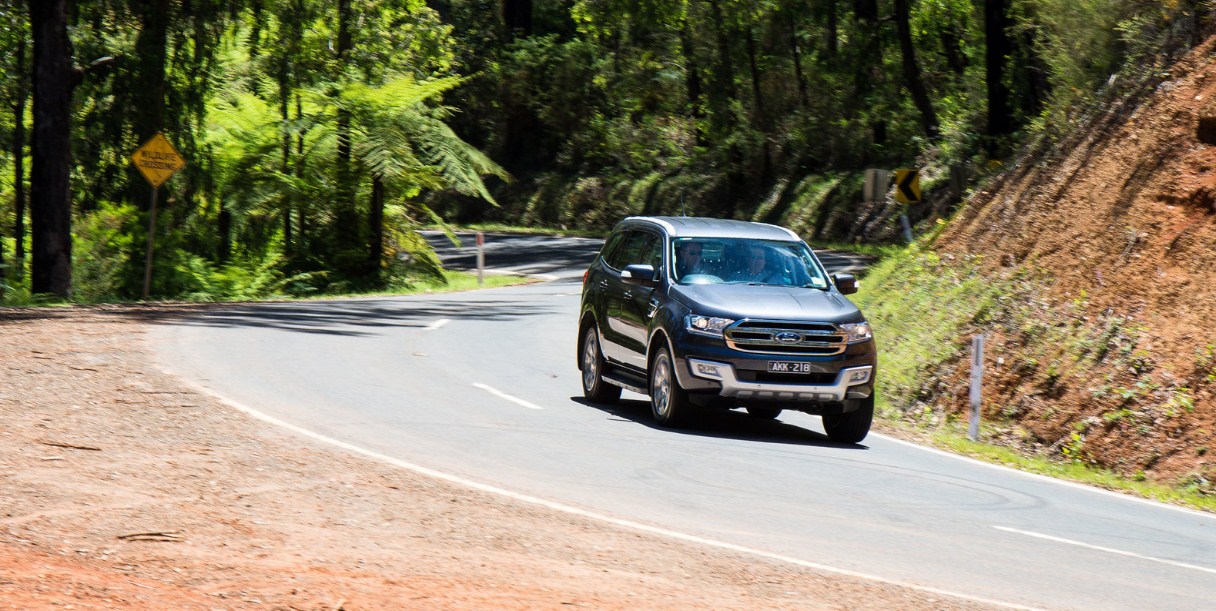 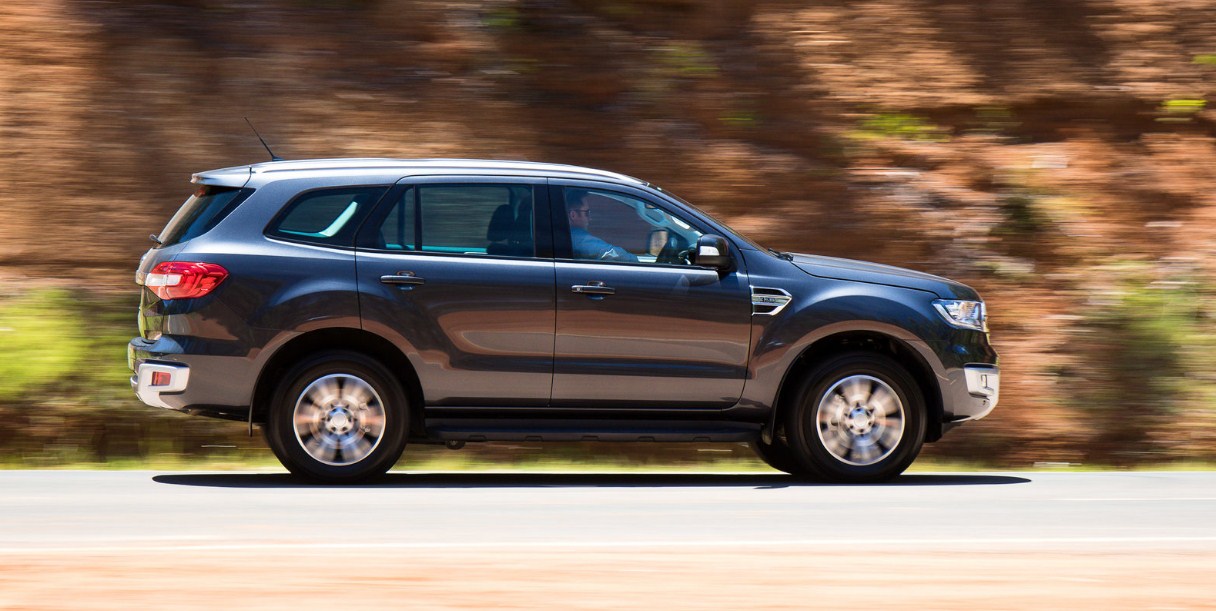 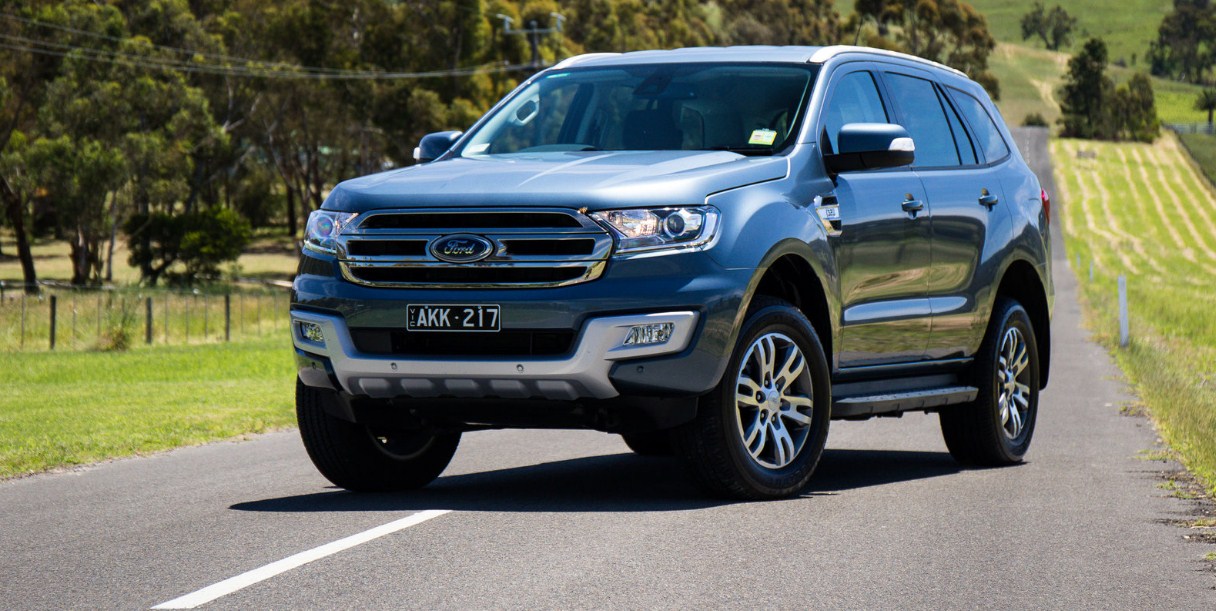 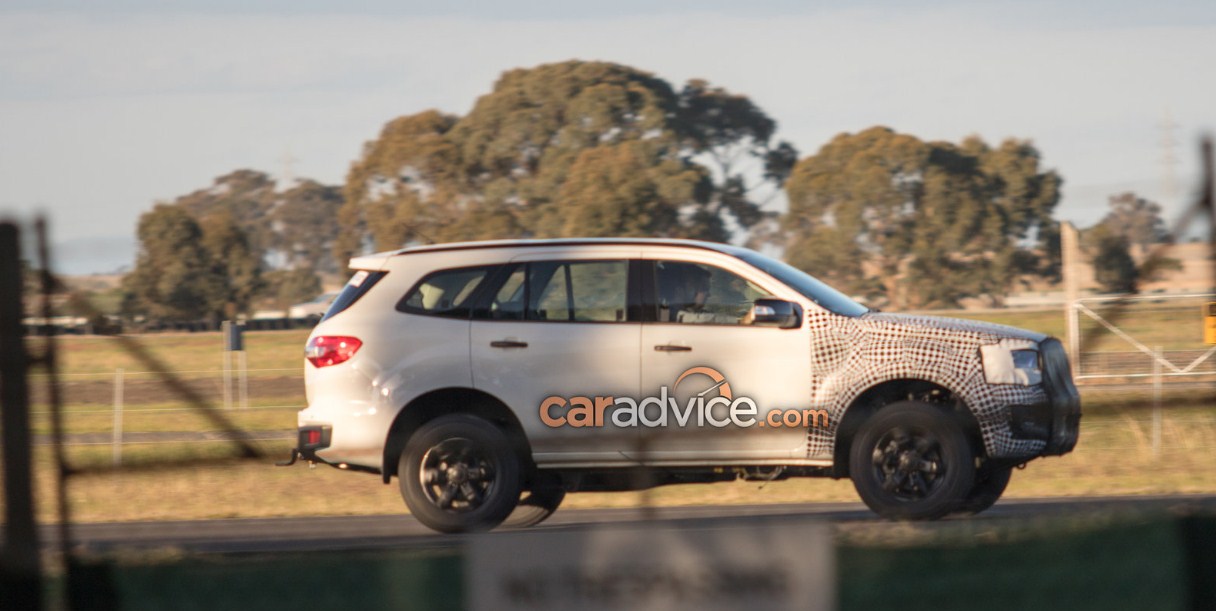 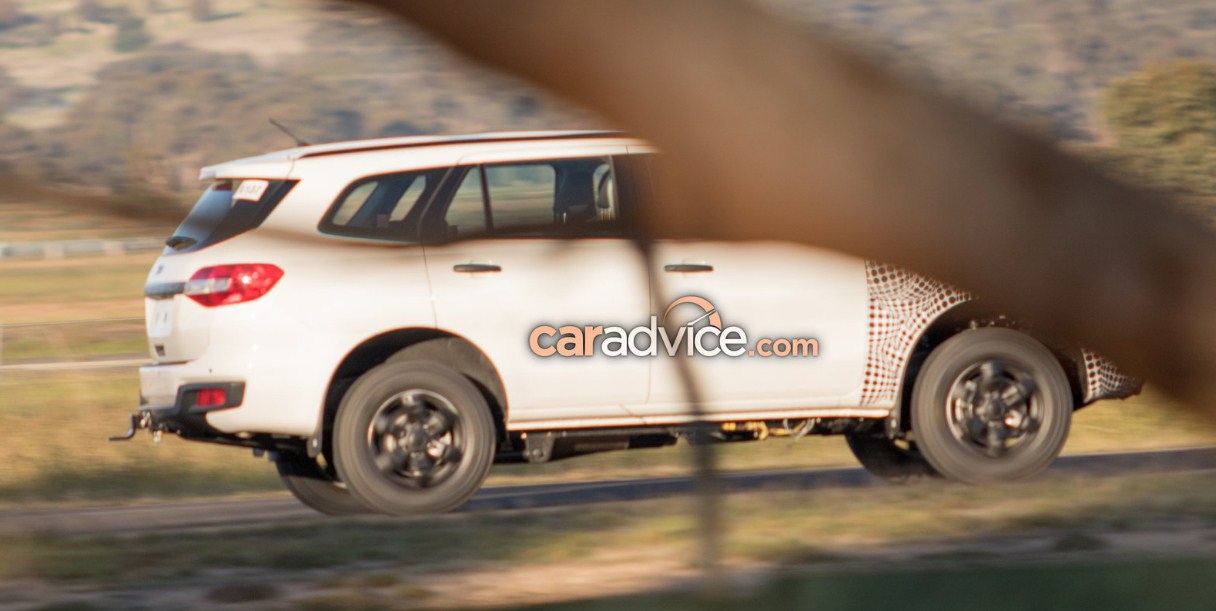 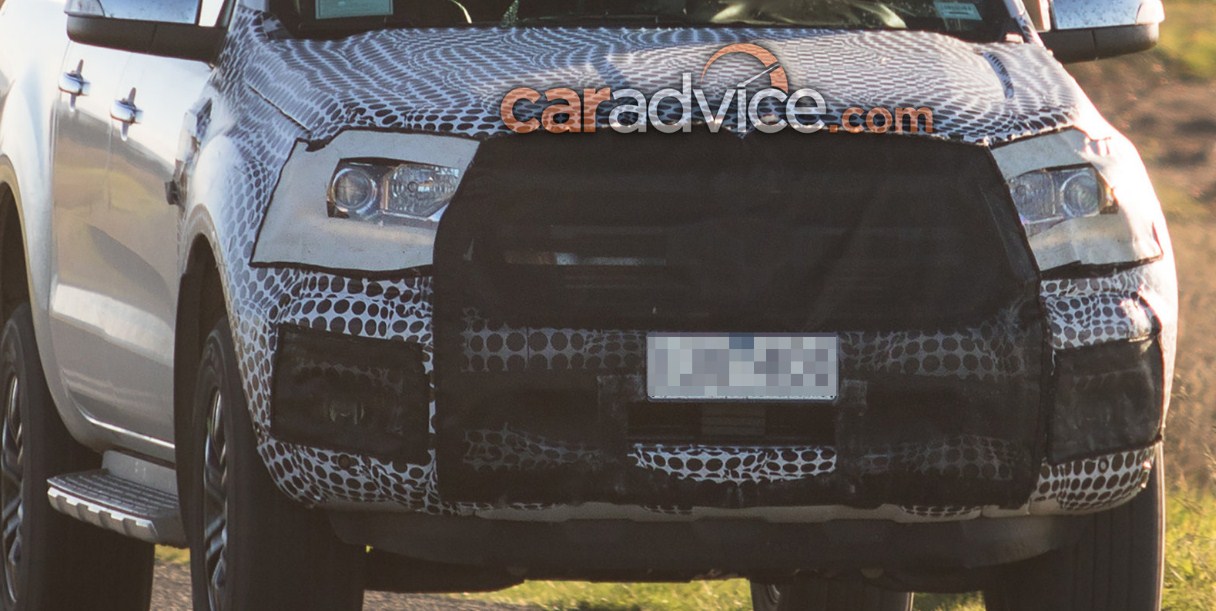